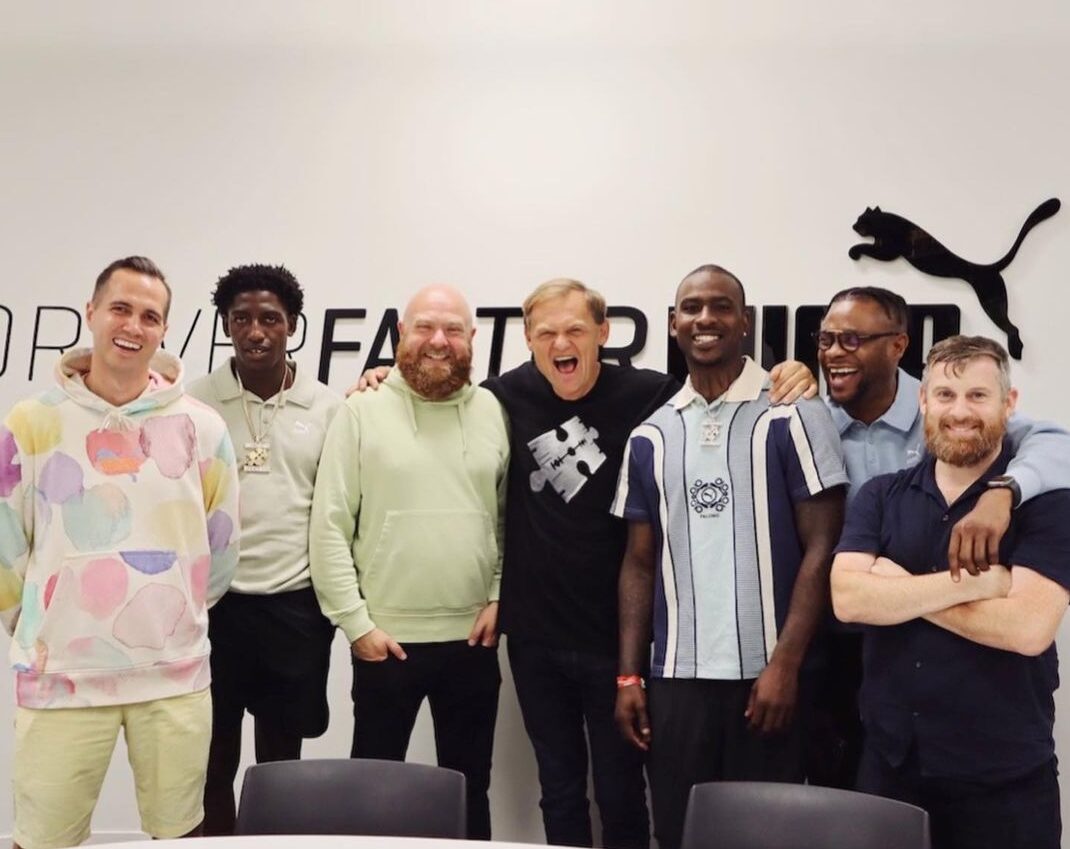 Skepta’s Big Smoke Corporation has just signed a creative partnership with PUMA, with SK looking to have severed ties with Nike to join forces with the German sportswear manufacturer.

It’s a huge signing for PUMA, who have handed over “creative control” to Big Smoke Corporation – Skepta’s multi-faceted services agency – with the brand set to work with the Meridian multi-hyphenate on ‘Futro’, which we can only assume to be either a co-branded apparel or sneaker line between the pair.

The link up with PUMA arrives just after Skepta announced a partnership with world-renowned auction house Sotheby’s on a guest curated auction, which includes the first-ever auctioned sale of ‘Mama Goes to Market’ one of his paintings alongside a lot that features pieces by the likes of Omar Ba, Theaster Gates and Ouattara Watts.

Now, SK’s next huge move with Big Smoke Corp is to link up with PUMA, where the brand will be looking to utilise his creative expertise on a range of product, following the success of his previous launches with Nike – where he worked on an apparel line, iconic SkAir trainer line and even a co-branded football boot.

A statement from the imprint’s website reads: “Big Smoke Corporation will look to partner with brands who are forward-thinking and keen to work with both established and emerging talent. Brands who can collaborate, listen and want to highlight diversity of thought.”

The Big Smoke Corp mission statement continues: “Skepta’s mission is distinct in style, with a big visual narrative formed to have an impact very much in the now. Skepta’s aim is to discuss themes of race, equality, rehabilitation and do so from a place of honesty, truth and authenticity.”

Keep it locked to VERSUS for the latest on the Big Smoke Corp x PUMA move as it breaks.