Moscow was taken over by some of the game's all-time legends last night as adidas Football dropped the official match ball for next summer's World Cup 2018, the Telstar 18.

G.O.O.D. Music president and adidas ambassador Pusha T was also on hand to add another element to the night's proceedings, setting things off with a live performance in front of a crowd including football legends and the adidas Tango Squad.

Telstar 18 was launched through a digital 3D projection mapping display before being revealed by the five World Cup winners and Messi. The ball was then used in a small-sided game as members of Tango Squad were joined on pitch by Alessandro Del Piero, Xabi Alonso, Kaka and Lukas Podolski.

The ball is an homage to adidas’ first ever World Cup match ball from 1970. The name of the original came from its position as the ‘star of television’. The first ball to be decorated with black panels, the pattern was designed to stand out on black and white televisions, and changed football design forever. 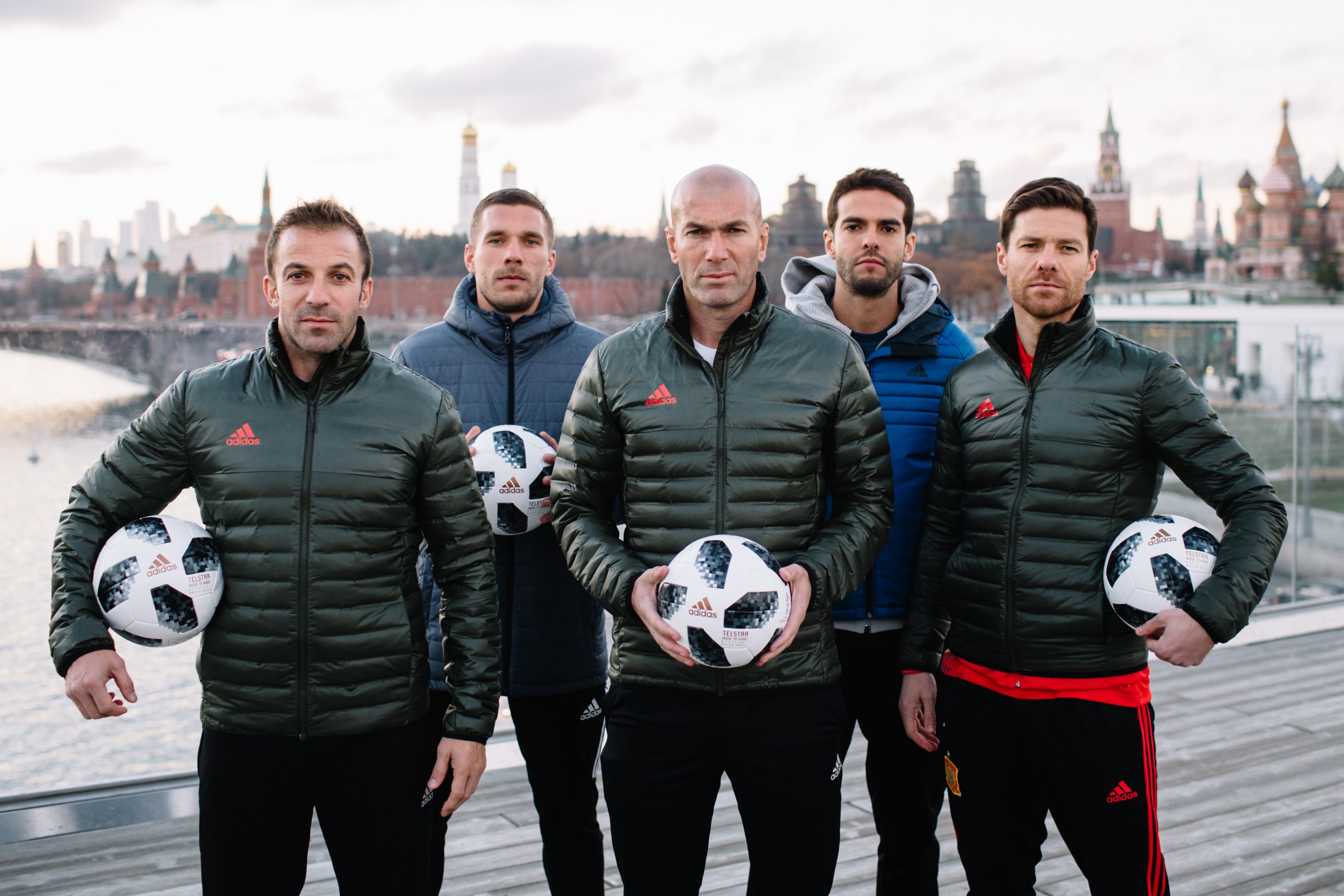 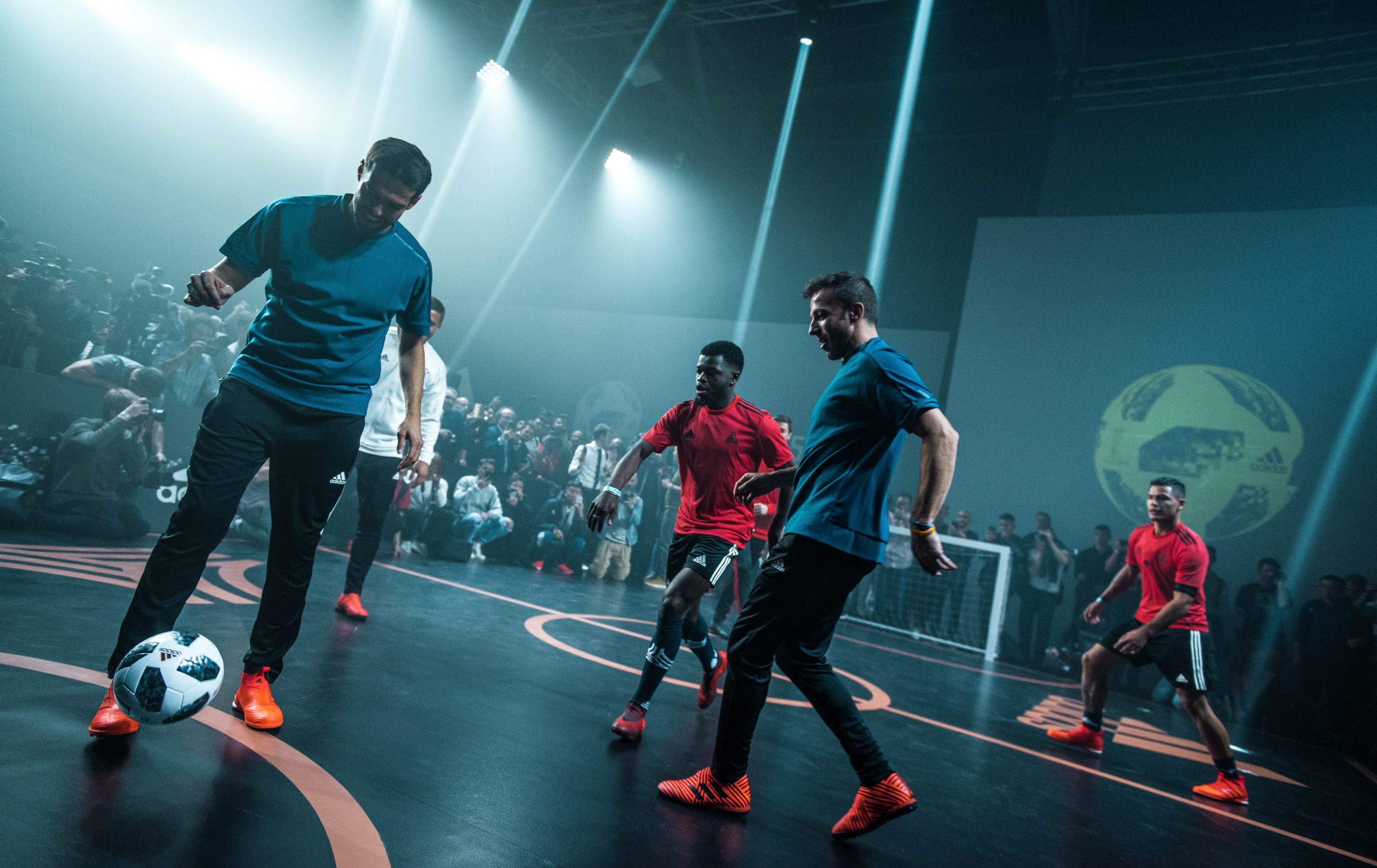 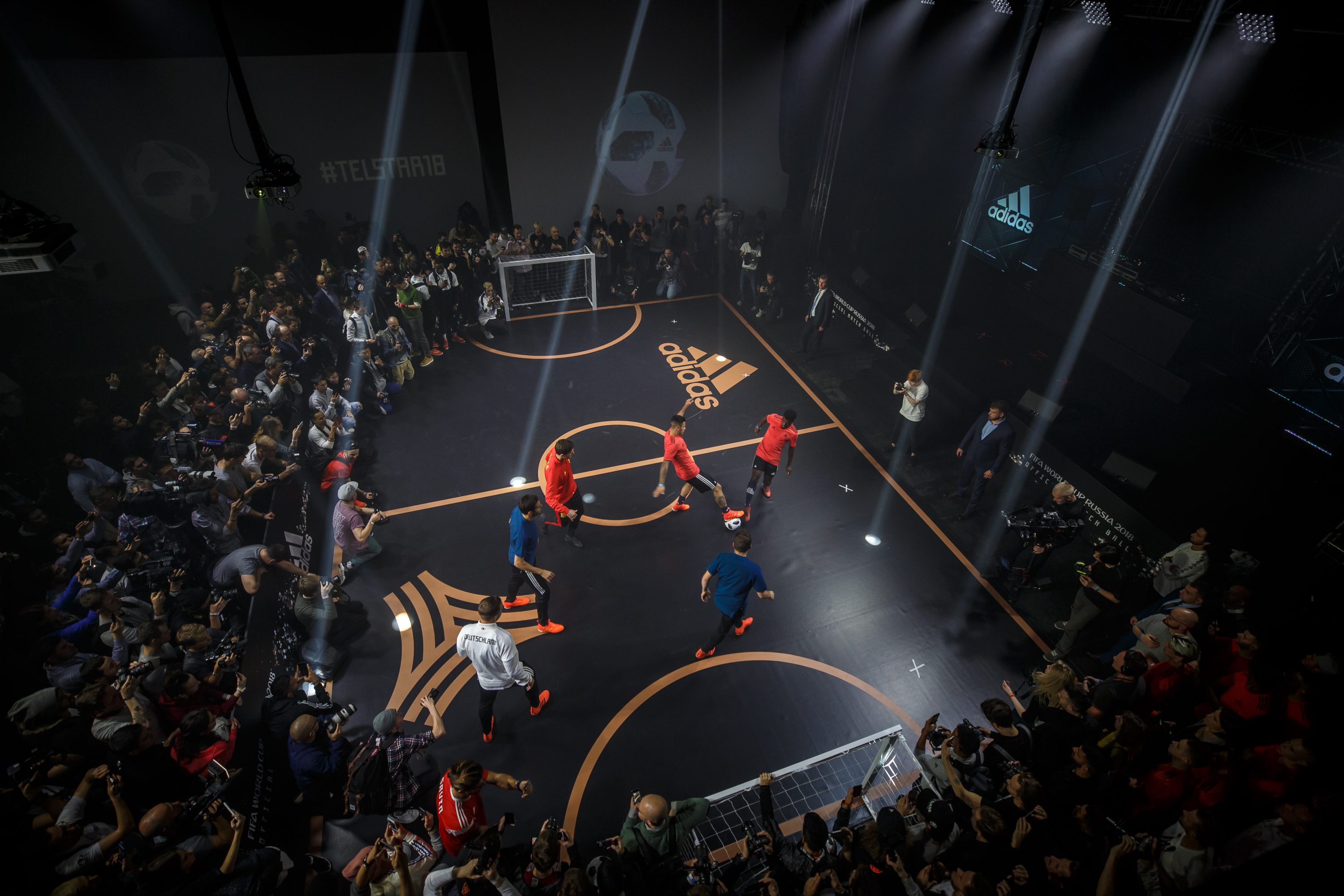 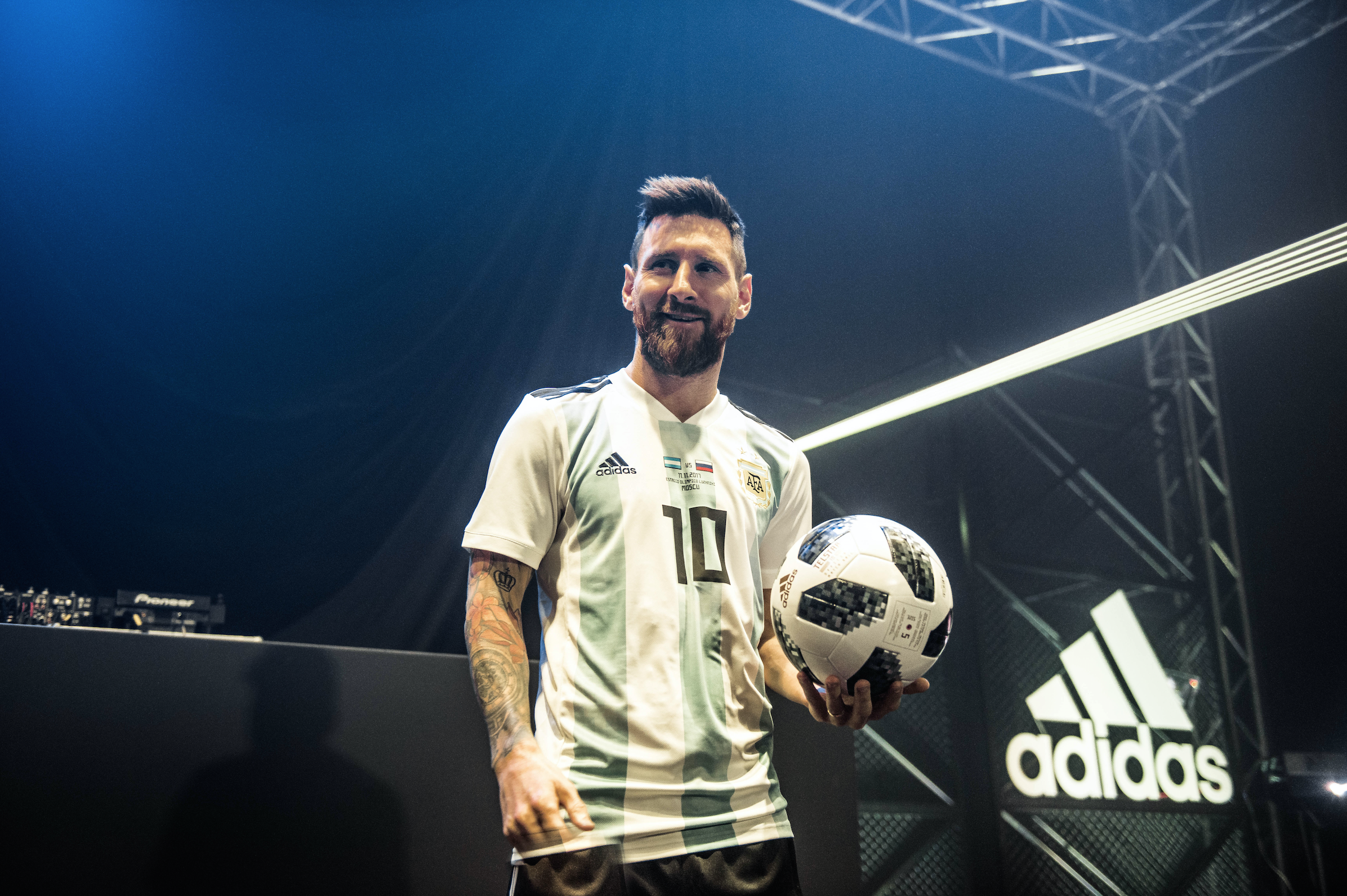 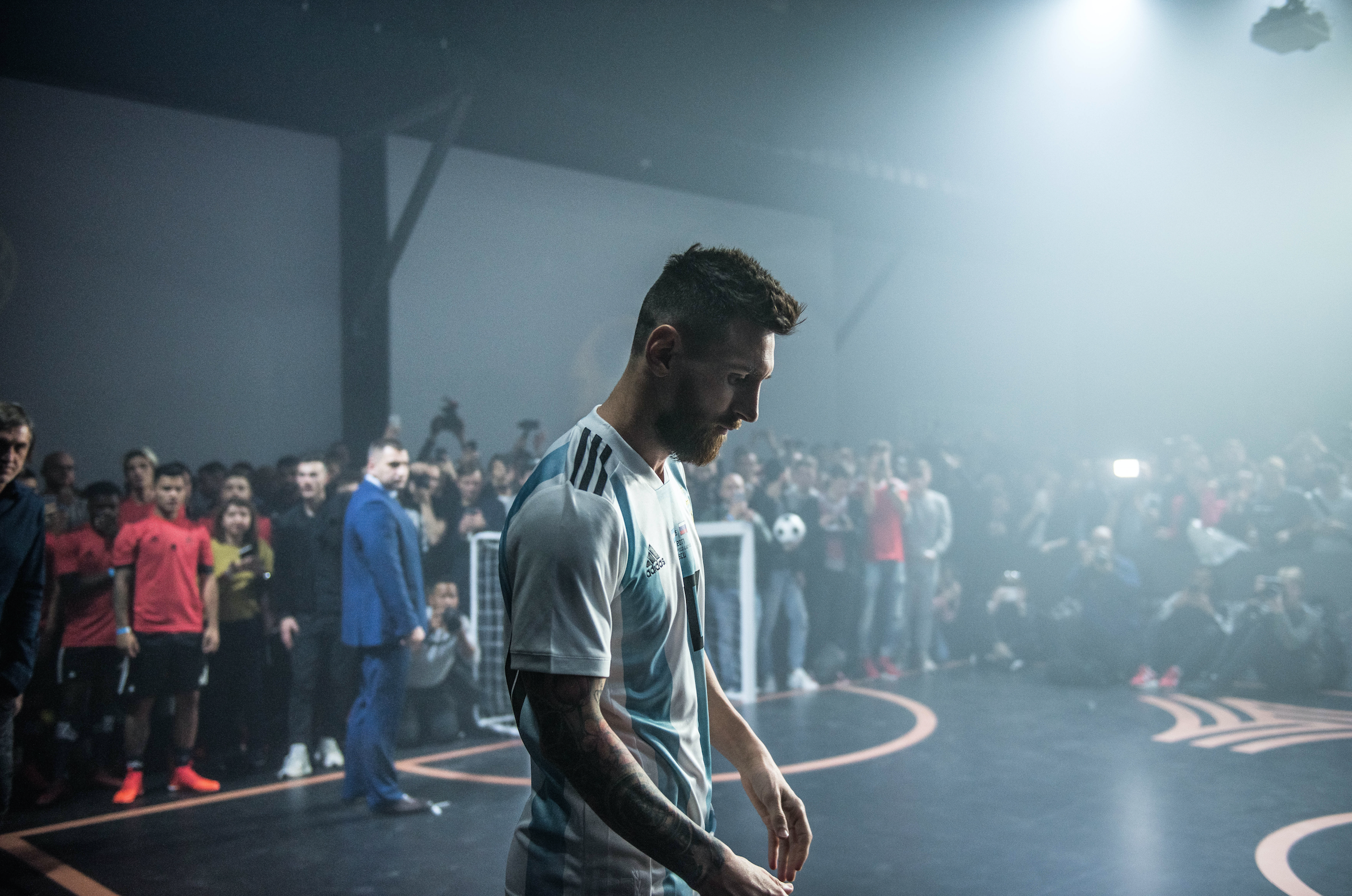 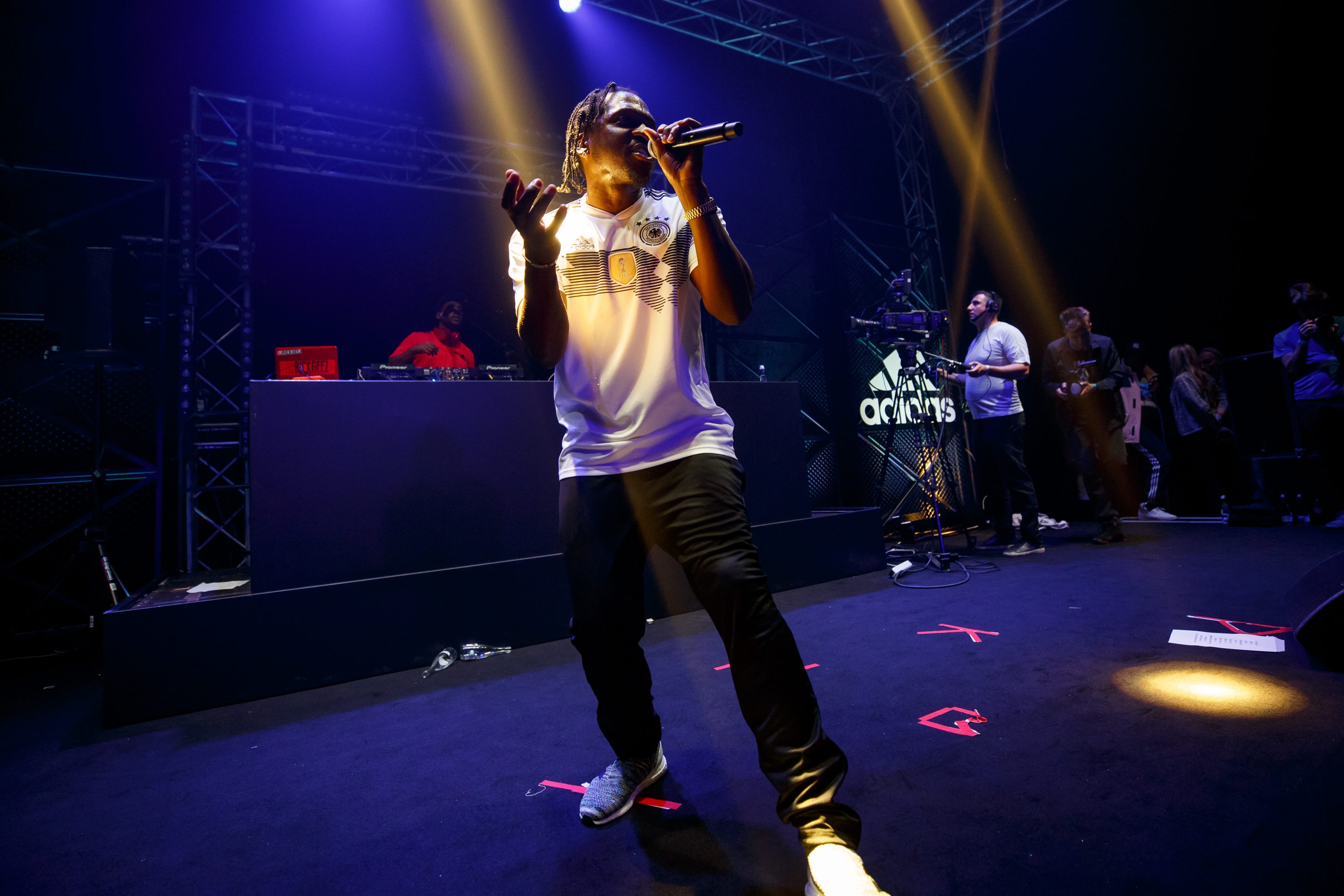 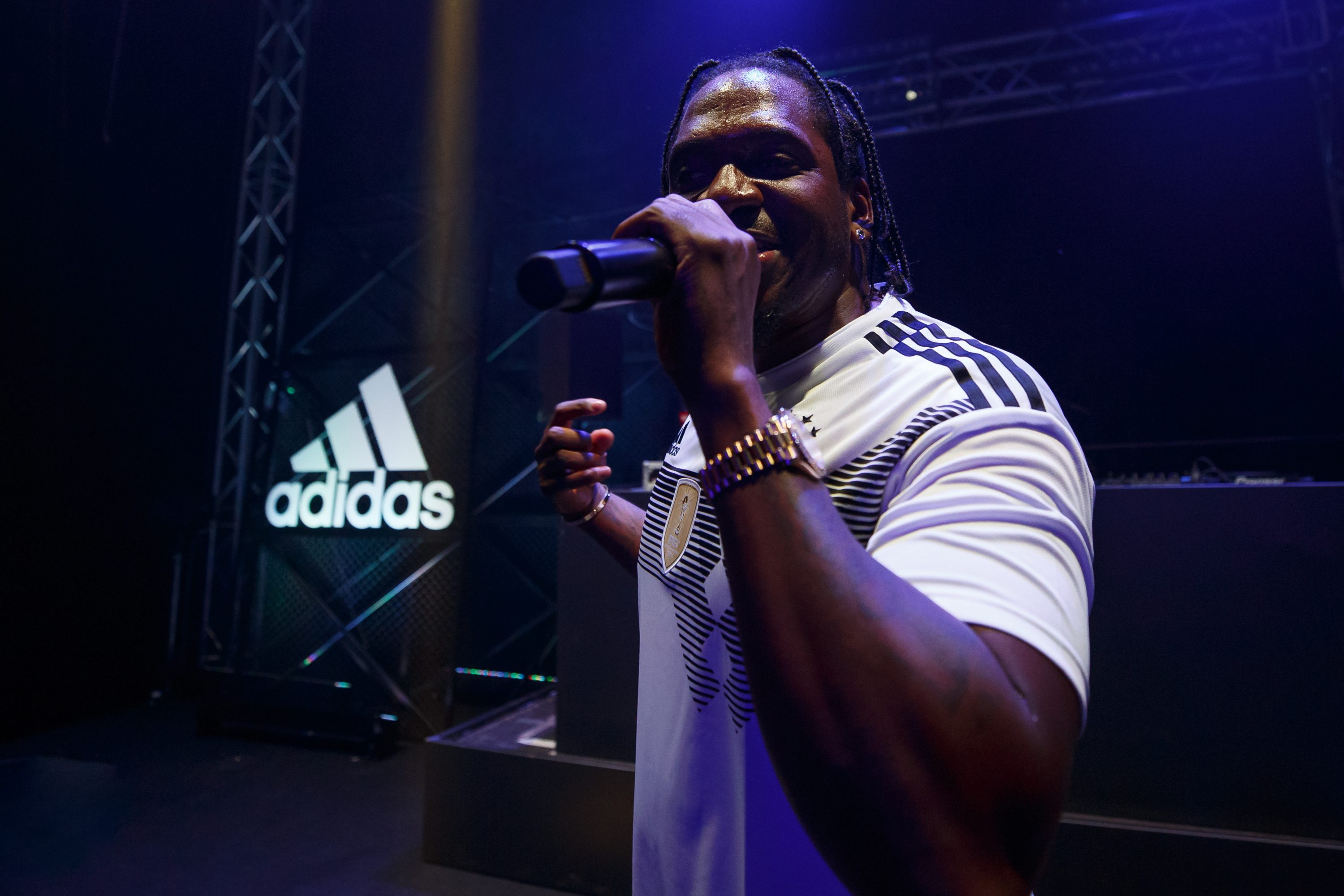 The Telstar 18 will be available to purchase from adidas global retail stores and adidas.com.