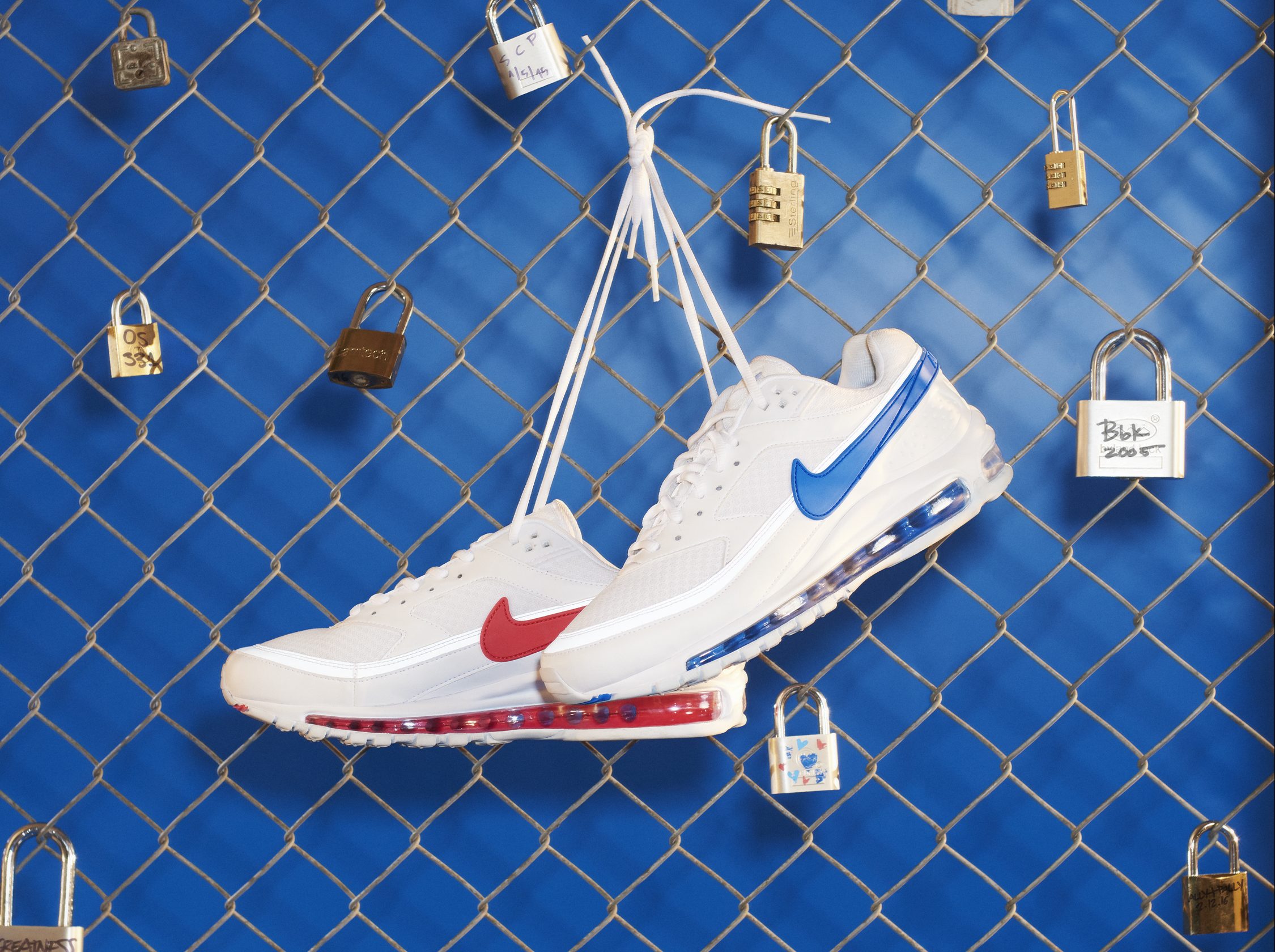 Skepta’s second Nike silhouette sees the grime don evolving his Nike collab along a familiar concept of connecting cultures together.

This time, round two of the SkAir draws on his relationship with Paris and London in a number of motifs on the new silhouette. The red, white and blue tricolore colourway fuses the links between London and Paris together in a model that is seen frequently on the streets of both fashion capitals.

The BW actually stands for ‘Big Window’, with the freedom evoked in the model’s namesake being apt for why Skepta wanted to use the model, as well as the lock motif used throughout the camapign. Love, music and romance are all symbolised by the lock reference, with the shoe itself locking Parisian and London culture together. “I remembered that’s what happens in Paris. That’s where you go and lock the love,” said Skepta about the release. 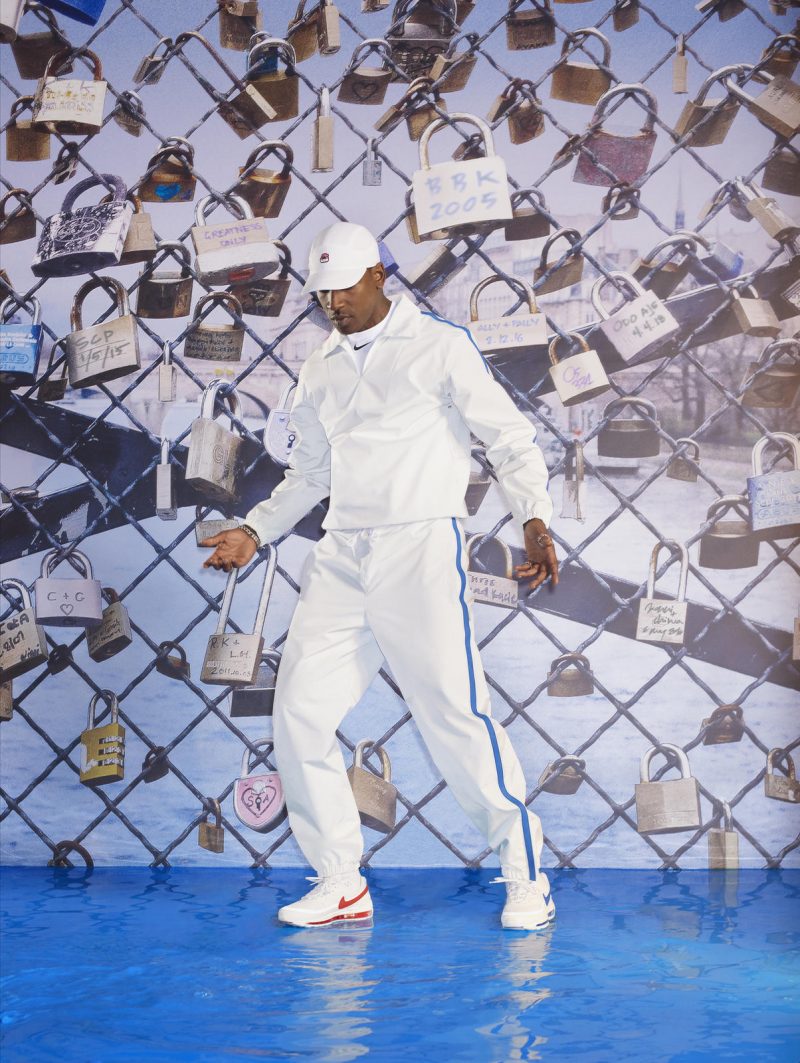 You’ll have to travel to the city of love for the initial launch of the Air Max 97/BW SK, which will take place via SNEAKRS STASH in Paris on May 14. At that time, app users who find hidden locks (replicating those used in the design) around the city will open access to purchase.

The full release of the shoe on May 19 will come through the following locations in Paris: Pigalle, The Broken Arm, Starcow, Shinzo, Acte 2, SNS and Footpatrol. Additionally, the Air Max 97/BW SK will be available digitally from SNEAKRS in Europe and SNKRS in Japan. Select retailers (including Patta, Très Bien, Concepts and more) will carry it globally.