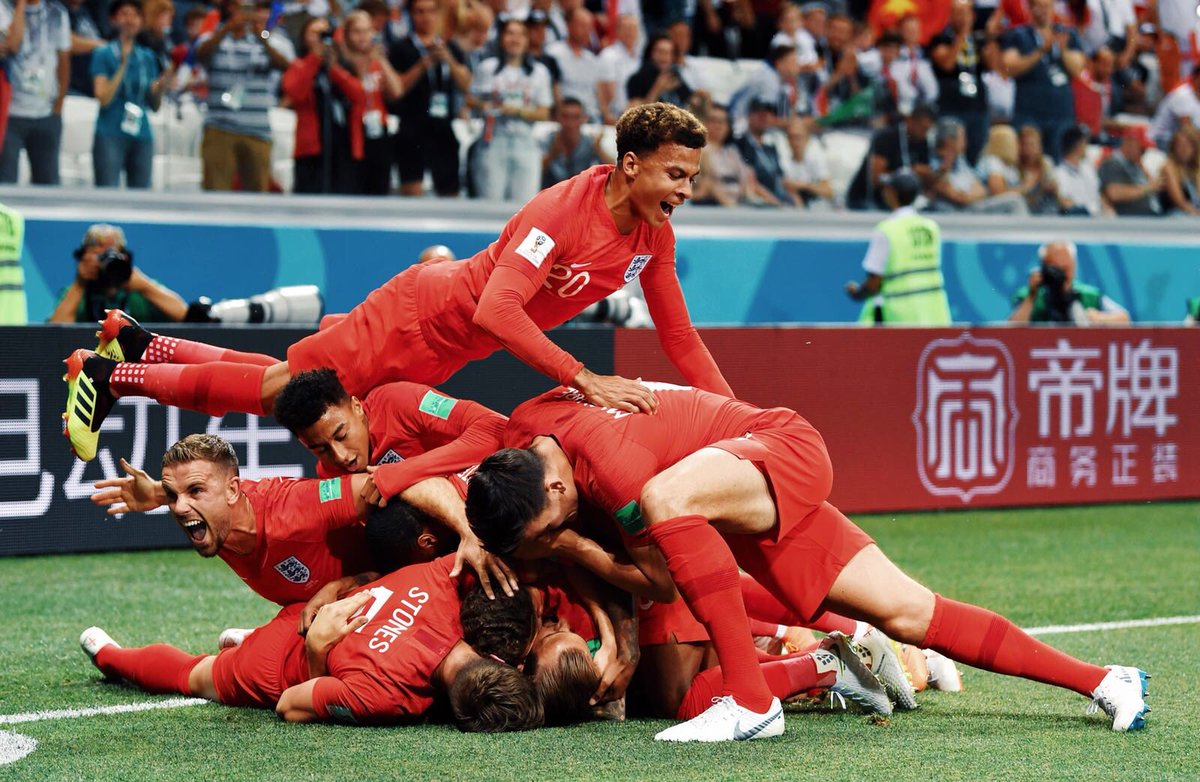 The nation woke up today hanging out of its collective arse and utterly deflated. As grey skies loomed over the country for the first time in what seemed like an eternity, and Welsh and Scottish football fans mobbed Twitter with glee, basking in England’s defeat, you couldn’t help but feel like you’d just awoken from some sort of ridiculous, extended dream and into an absolute ‘mare.

There was definitely something in the air for the duration of England’s World Cup streak up until last night’s semi-final; an unrivalled bout of consistently amazing weather and wall-to-wall football sent the country into some sort of frenzied utopia. Pints flew, limbs were everywhere, blokes fell through bus shelters and whole villages paraded through suburban streets – the type of scenes not many of us expected to see in our lifetime.

But the most important takeaway from all of the surprisingly good football is that the future of this England team is unquestionably the brightest it has been, in many a generation. As it progresses into future tournaments, from the grass roots right the way through to the semi-finals of the world cup, the desire, belief, and overall attitude now just feels right. 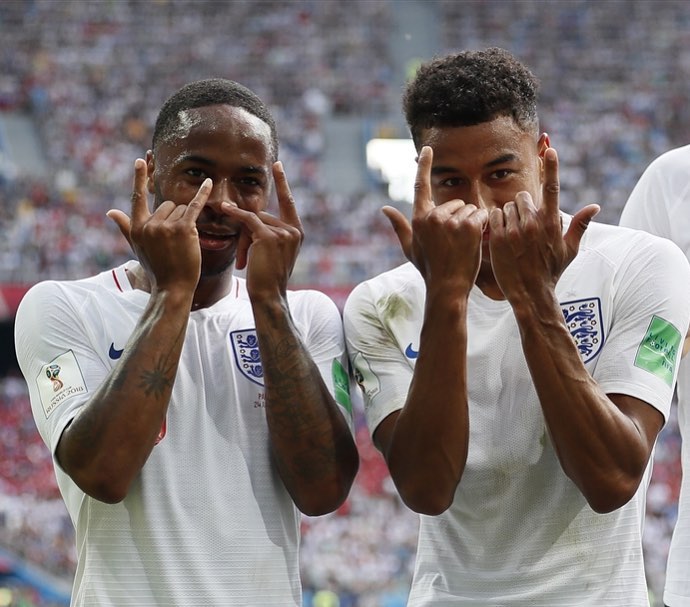 “Six of England’s XI were first or second generation immigrants.”

There’s no ’06 squad tension, retrospectively conceded by the likes of Lampard, Ferdinand and Gerrard as having a detrimental effect on the unity between the players. Instead, players from Man United and Liverpool have formed bromances that would enrage ‘Yer Da’ – light-heartedly piss-taking one another’s accents and celebrations. That would’ve been utterly inconceivable just 12 years ago in Gelsenkirchen.

Kyle Walker brilliantly tweeted out the facts and sentiment that now exists in the current relationship between the nation and the team: “This past month, I’ve seen videos going around, photos been sent to me. That felt so good for us here in Russia, and united us more and more, just like it did in our country…we might live in a time where sometimes it’s easier to be negative than positive, or to divide than to unite, but England: let’s keep this unity alive. I love you.”

And an even better prospect emerges out of England’s exit: this is the most ethnically diverse squad to represent the country, which will continue to get more diverse – yet alone better – in future tournaments. Six of England’s starting line-up in this tournament were first or second generation immigrants and away from the senior squad, the first XI that won England the U17 World Cup last year was comprised of eight black players and three white ones. The future of the England team is now as diverse as the communities we find ourselves living in. 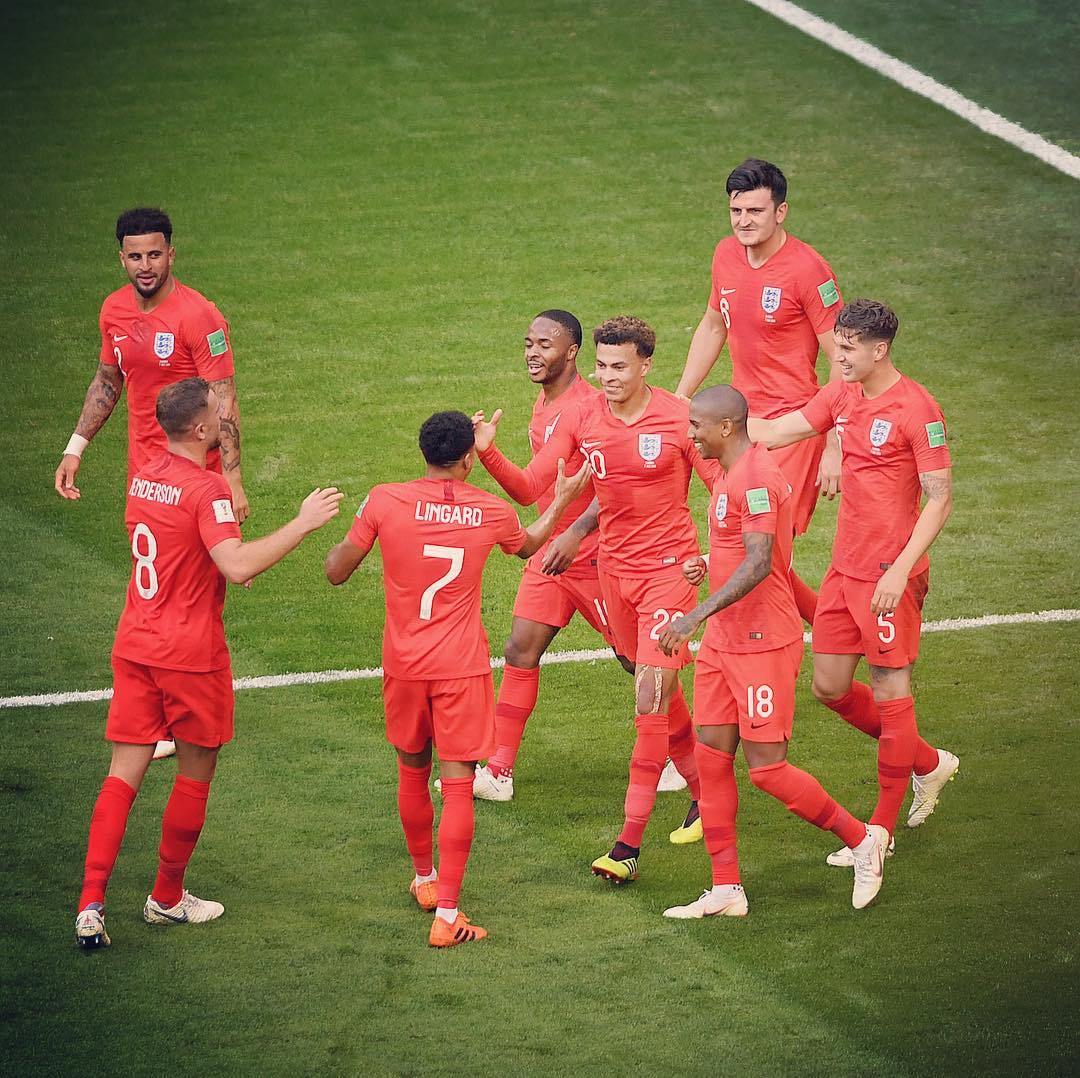 “A truly representative generation of young lions is in the pipeline.”

With a manager that isn’t afraid to blood in young talent, a nation that is fully behind the team and a squad and fanbase that is properly united, the prospect of actually tuning in or attending England games without a sense of dread or total nonchalance has now evaporated. The prospect of a truly representative and talented generation of fearless young lions is in the pipeline.

Before we all go back to points-scoring against each other on WhatsApp groups, and tribalism and club rivalry commences once again for 18/19, no-one will forget a summer in which an England team dependent on migration and multiculturalism united the nation. Both staunch Brexiteers and Mundial lads alike came out and got behind this England team. It was the first time in many people’s lifetimes that there’s been a collective feeling this bright – and it’s only going to get brighter.

All the rage, sadness, disappointment and spite that fans are feeling today needs to be taken and turned against our shithouse Etonian government and the US President’s current visit to the UK. All that feeling of hope for what could have been can now be placed upon an England team in safe hands, and the next generation of young lions: because English football is the brightest – and most diverse – it’s ever been.

It might not be coming home yet, but ‘it’ is definitely pending.