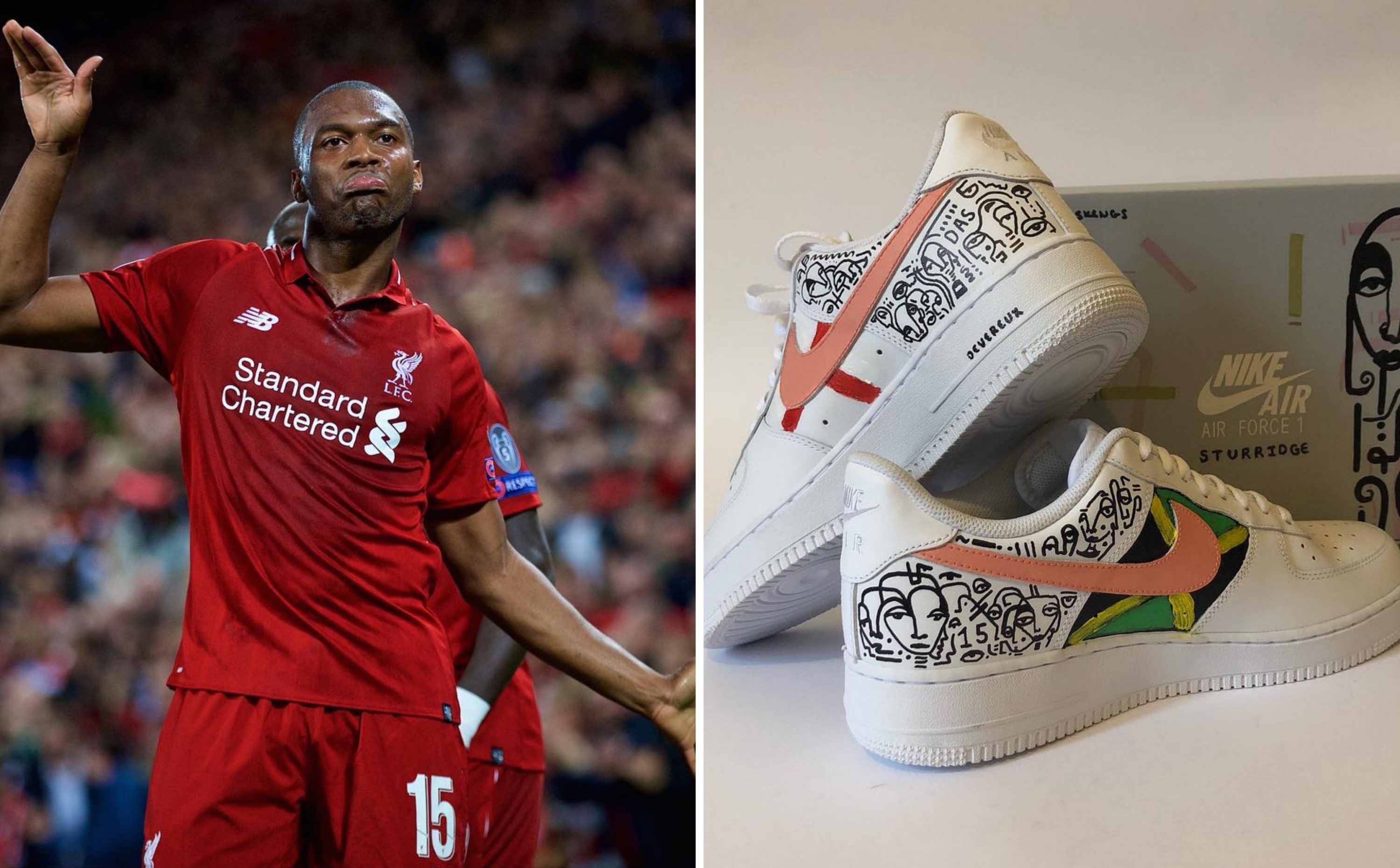 Daniel Sturridge has been blessed with a new customised pair of Nike Air Force 1 that shows love to his roots.

The shoes, customised by Australian artist Sketches and Skengs, feature an England flag on one side and a Jamaica flag on the other, as well as coral coloured Swooshes and the artist’s signature face detailing towards the heel alongside the two flags. Check out the wavey customs below.

Liverpool’s current Player of The Month and the current Premier League Goal of the Month winner was clearly happy with the gifting, after uploading a video of him unboxing the shoes onto his Instagram story and saying “Respect bro” about the customs.

Now, make sure you read why Daniel Sturridge is ready to make a comeback for the culture.