'Team Talks' is a new content series that gives a platform to some of the most important and influential football communities in the game to tell their stories in their own words. As members of the adidas Football Collective, each group is doing its part to make football a more tolerant and inclusive space for everyone. In this entry, Jay and Betty from Stonewall FC talk about their club's mission to ensure LGBT people always have a safe space in football.

No matter who you are or where you’re from, you should always feel free to be your true self in any and every environment. Many things make us different. Ethnicity, sexual orientation, religion. Differences should be celebrated as they make us who we are. As Black people who are from the LGBT community, we both have had unique experiences within sports but the reality is, we are the same as everyone else. We’re two individuals who love the game and love playing it.

Despite it being a game we both love, the truth is football has its dark side. Both of us have witnessed homophobic abuse. All anyone wants to do is enjoy the game without prejudice but it’s never that easy. Things are harder when there isn’t much visibility of people like you in these environments. Imagine being a Black man wanting to take football seriously while coming to terms with your sexuality in a space that is known for being toxic. You suddenly find yourself stepping away from the game to avoid being in situations where you feel uncomfortable or are suppressed by others. 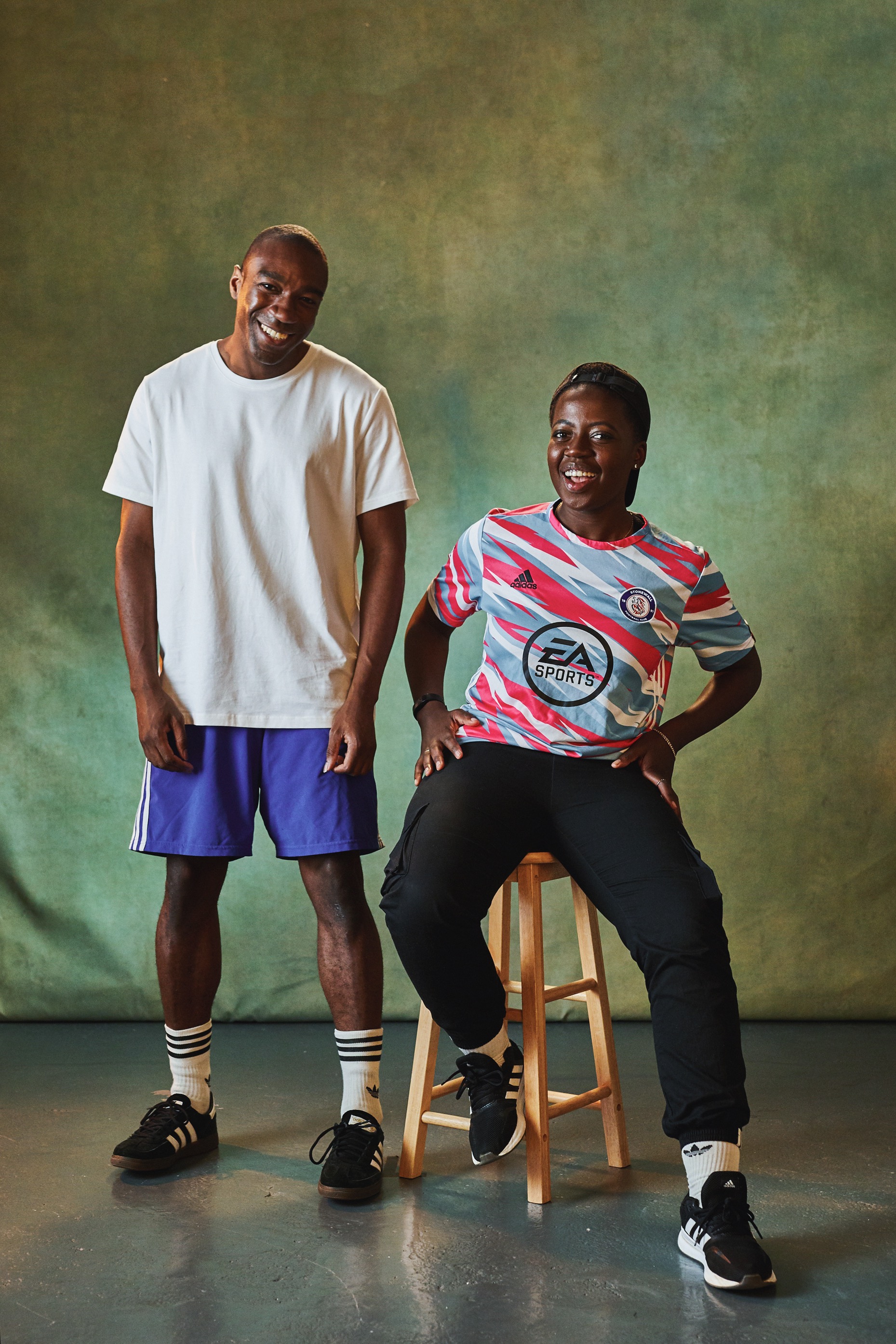 This is why safe spaces are so important, and why Stonewall FC means so much to us. Football is meant to be something that exists without judgement. A space of empowerment with no barriers to entry. Stonewall FC provides this for many people within the LGBT community who feel they have been shunned by football. The beautiful thing is, it provides this space for people beyond the LGBT community who may be allies and feel as if mainstream football has not provided them an opportunity to be themselves, either.

There is always safety in numbers. Whether it’s going to a game or watching football together, you feel like you are with your tribe and they will have your best interest. Stonewall does exactly that.

We can’t act as if strides have not been made to make things better. There are numerous campaigns celebrating and supporting LGBT communities but even within that, there has to be an honest conversation on how sub-communities are still forgotten about. Trans and non-binary members of society still have a very tough time finding safe spaces to play football whether it be down to legislation or personal experiences. They deserve the same light that’s shown to others within the LGBT community. 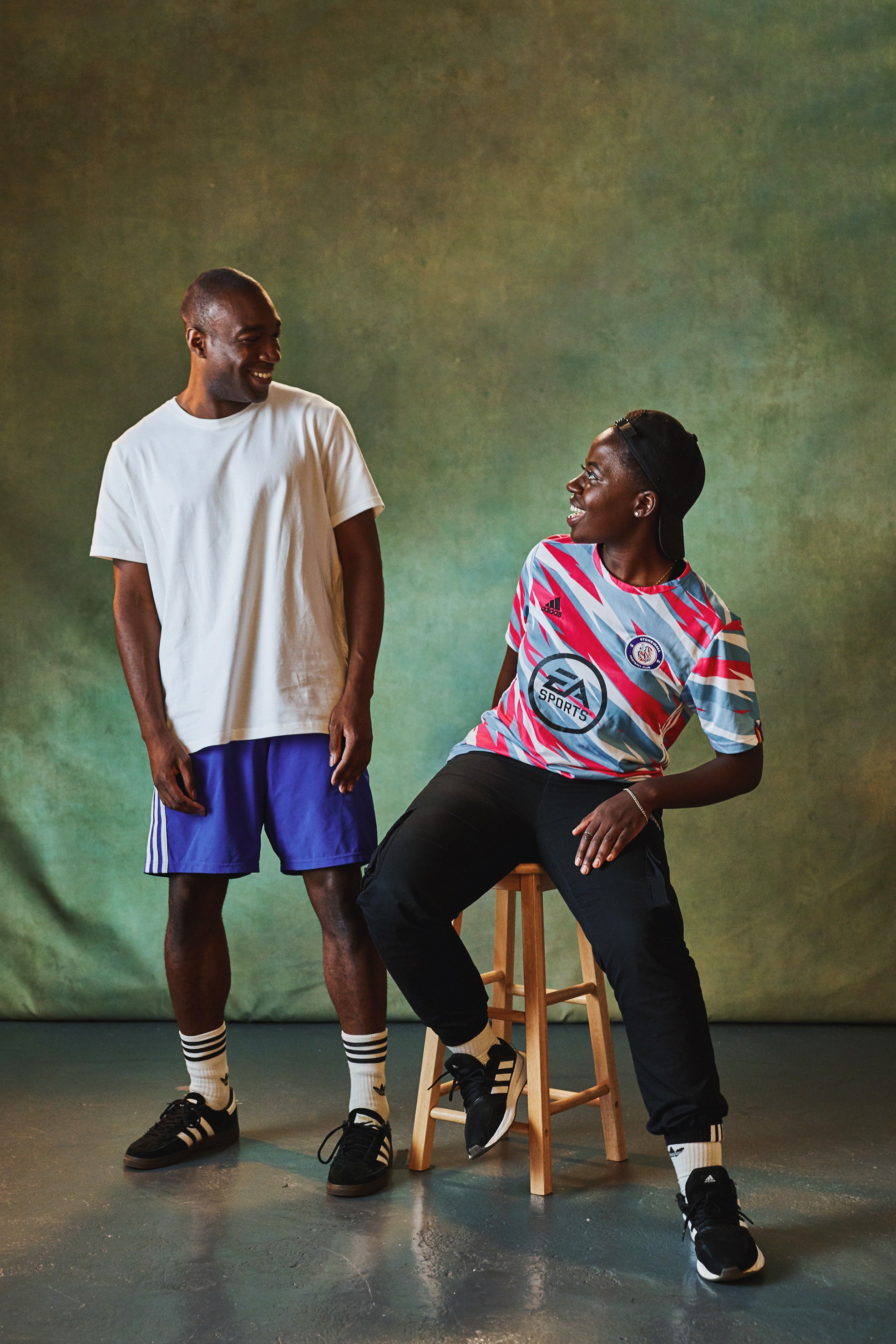 People need to be educated on their behaviour. Some of the abuse we’ve received has been horrible and nasty. Some even use banter as a guise to be offensive. For us, it’s a very hard situation. You have to know when to pick your battles. It’s a very exhausting task trying to educate every single person who suppresses you as to why they should stop and it shouldn’t be just our jobs. That’s where allyship comes in. We need to educate ourselves and each other on why things that have become so normal in football are so incorrect.

Many times, we witness fans show hooliganism traits and the reality is that it’s their insecurities and hurt projecting in a negative and aggressive way. Yes, the game is built from competition and rivalry – but jeering at someone because they are different? That’s foul. With racism, the last year alone should have been a wake up call to many about how they treat Black people. 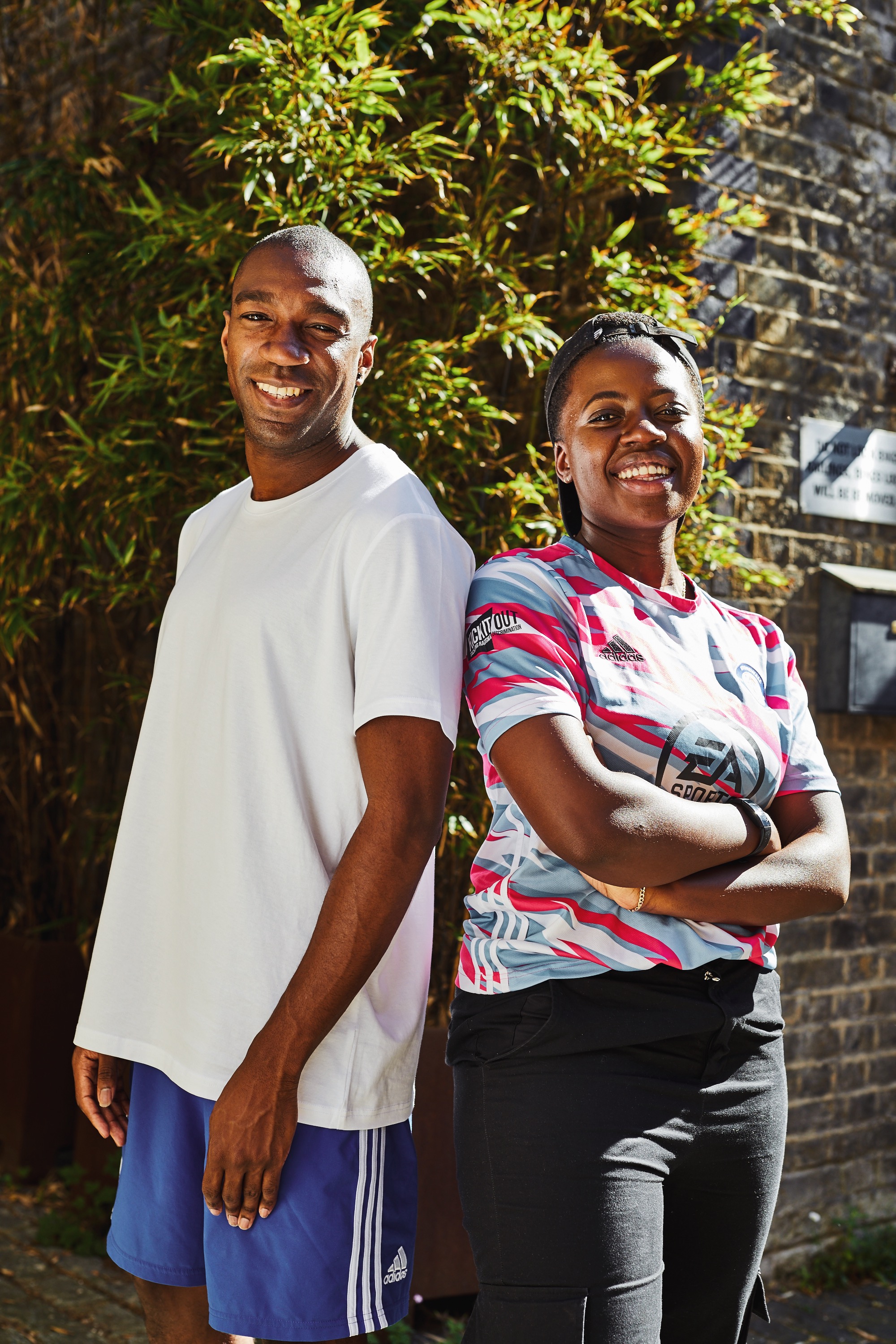 From an LGBT stance, we hope that it will become normal to discuss our journey. The women’s game has that to a certain extent, and you can see members of the LGBT community at a professional level. The men’s game is very different. Our female members have often been in an environment where they can speak about their experiences due to the changing room culture being familiar with homosexuality, whereas our male members aren’t the same. Even though teammates might have known they were gay, it wasn’t normal to discuss it.

Having real conversations is how we make football safer. No one wants to be othered or treated differently. We just want to be treated the same.

A changing room has more than 16 people in it. No one in there is exactly the same. Sometimes we’ll have fun, sometimes we’ll cry. But let’s always be able to celebrate each other and be as one.

Stonewall FC is part of the adidas Football Collective, which hosted a special inclusive viewing space in London for England vs Czech Republic on June 22.