Football is a game we all love. Whether it's a professional blockbuster at the highest level or an impromptu pick up game in the park, there are always moments that can’t be described in mere words. We’re talking about the sound of a net bulging, the release of emotion following a last minute winner, or the agony of silence and disbelief after defeat.

Football is unmatched. It’s a game for the people. Barriers shouldn’t exist because of gender, age, sexual orientation, religion, ethnicity or ability. We’re all different and we should all be celebrated. This sport is for everyone.

But it hasn’t always felt like that when watching games inside stadiums or in public environments for marginalised communities. The tribalism and passion often associated with fandom can often cross a line into something that’s uncomfortable for those of different backgrounds. To challenge this notion and create safe viewing spaces for all fans during Euro 2020, adidas worked with five grassroots organisations – the adidas Football Collective – to build an inclusive ‘big screen’ party for England’s group stage game with the Czech Republic.

Before the biggest game of the summer, and before live fans return to football across the country for the start of next season, here are some important things for fans and venues to consider as we continue to ensure that football is a safe environment for all fans. 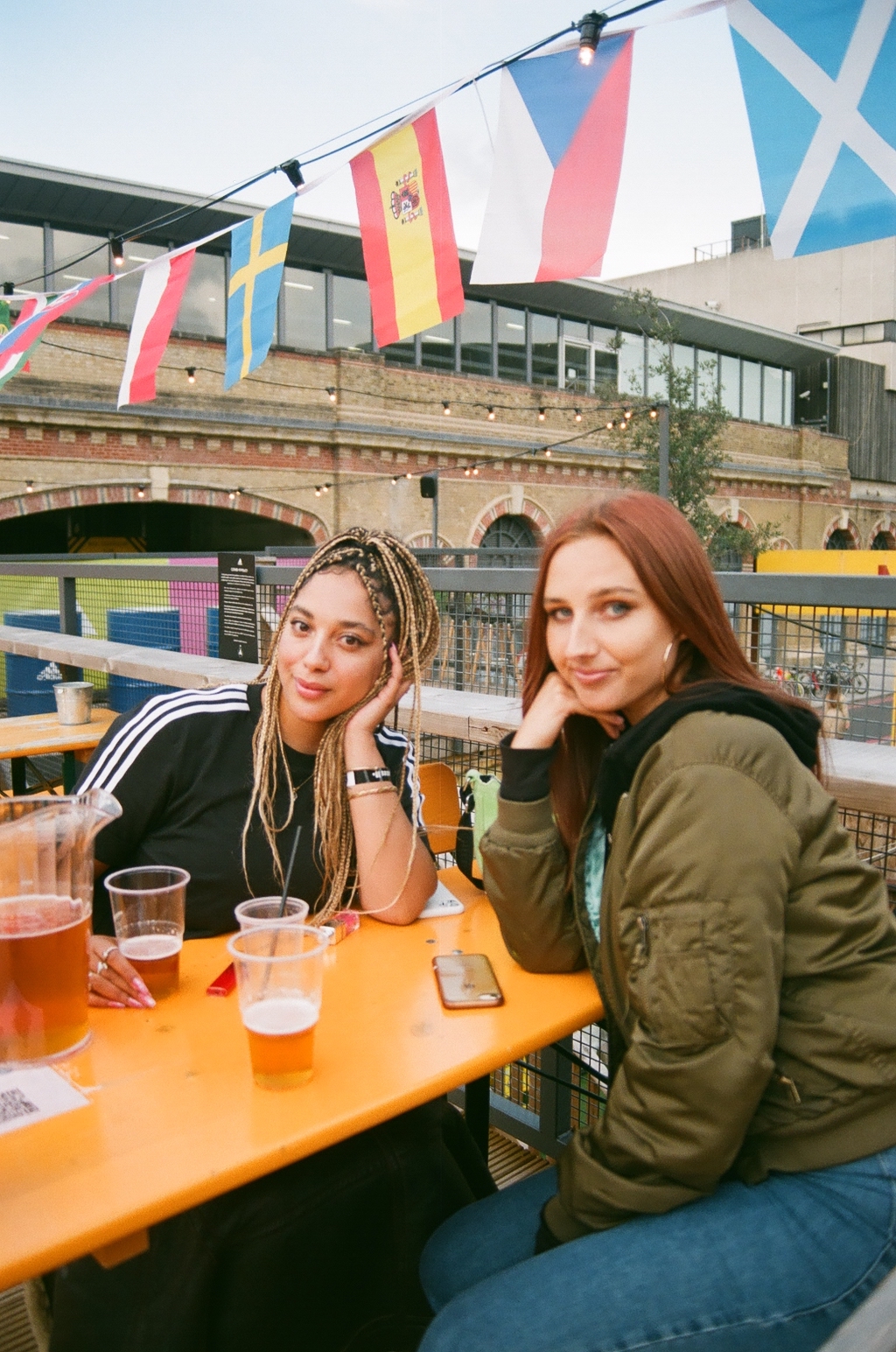 We’ve grown up being told that ‘football is a game of opinions’ and it’s time for everyone to embrace and respect that in crowds of all sizes – leaving behind prejudices that have traditionally resulted in some fans’ views being worth more than others. Aneesha Dewshi of Romance FC writes about how female fans can sometimes be viewed with disdain while watching football: “I’ve experienced the weird questions about whether I actually know what I’m watching, but I also get the looks as if to say “what do you know about football?” The game was made to be spoken about and everyone should get to say their piece. This applies to social media conversations and at actual games. Opinions are not facts and should at least be heard. It’s fine to disagree – we are always likely to – but that doesn’t mean you should ever belittle people for what they think about our sport. 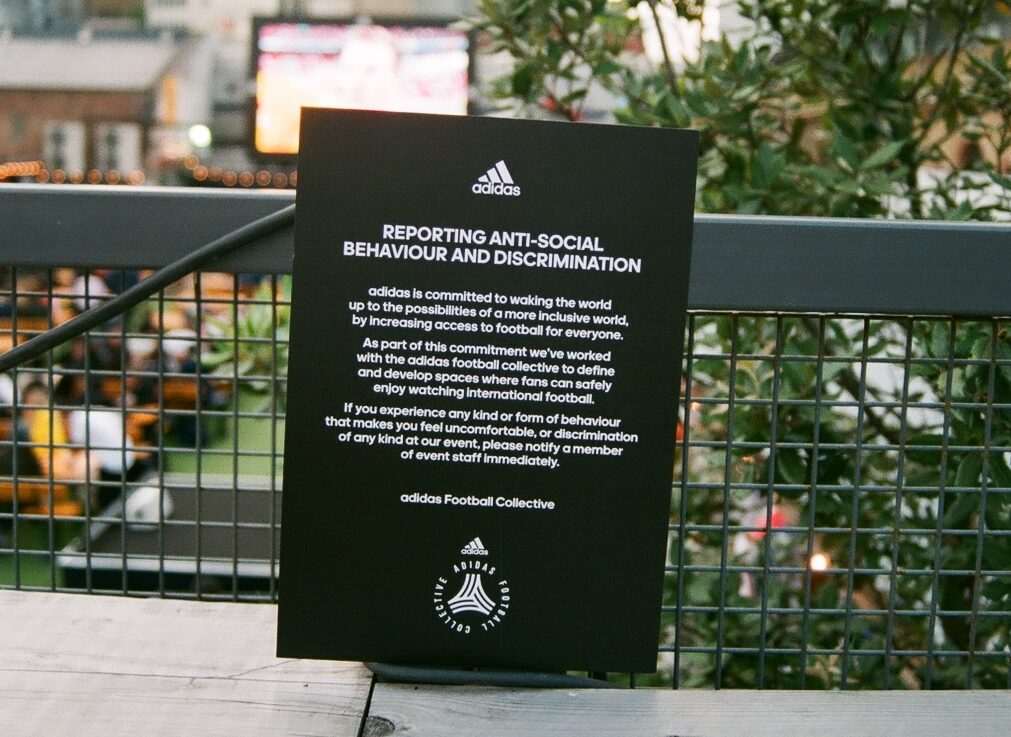 2. Call Out Abuse When You See It

Abuse in football is never acceptable. Whether it’s directed at players or fans, verbal assault should never be tolerated and should always be challenged. In a highly-charged and emotional environment, it might not always be possible for you to do this directly, but all stadiums and venues should make provisions to ensure abuse can be reported in a safe manner for trained authorities to take action. You should never look the other way in the event of racism, sexism, homophobia or any other form of discrimination. Use your platform to influence change and let the minority know their abhorrent views aren’t welcome in modern football. 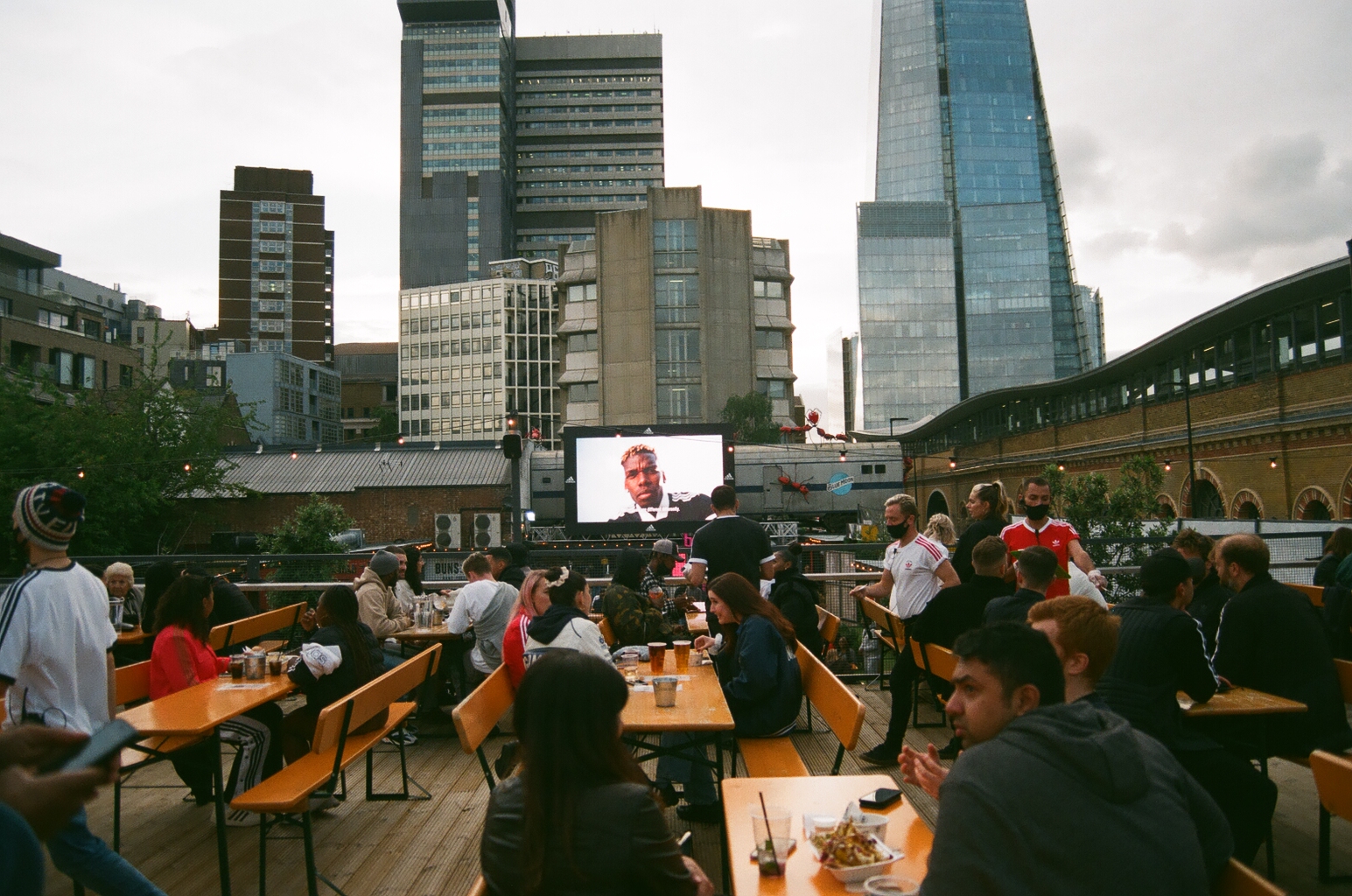 We can all make an individual effort to stomp out discriminatory abuse in public, but it’s also important venues and staff are properly trained to do the same. Not to only manage potential situations, but to spot the signs of discrimination before things escalate. Taking a more proactive approach means there’s less dependence on the individual mustering up courage to tackle the problem head on, and alone. Pubs, bars, clubs and restaurants have responded well in recent years to the Metropolitan Police’s roll-out of #AskForAngela, a campaign set-up to discreetly help people – especially women – get out of dangerous situations. More awareness of what sexism, racism, homophobia and other forms of discrimination ‘look’ like – micro-aggressions in particular – will make our spaces a lot safer. 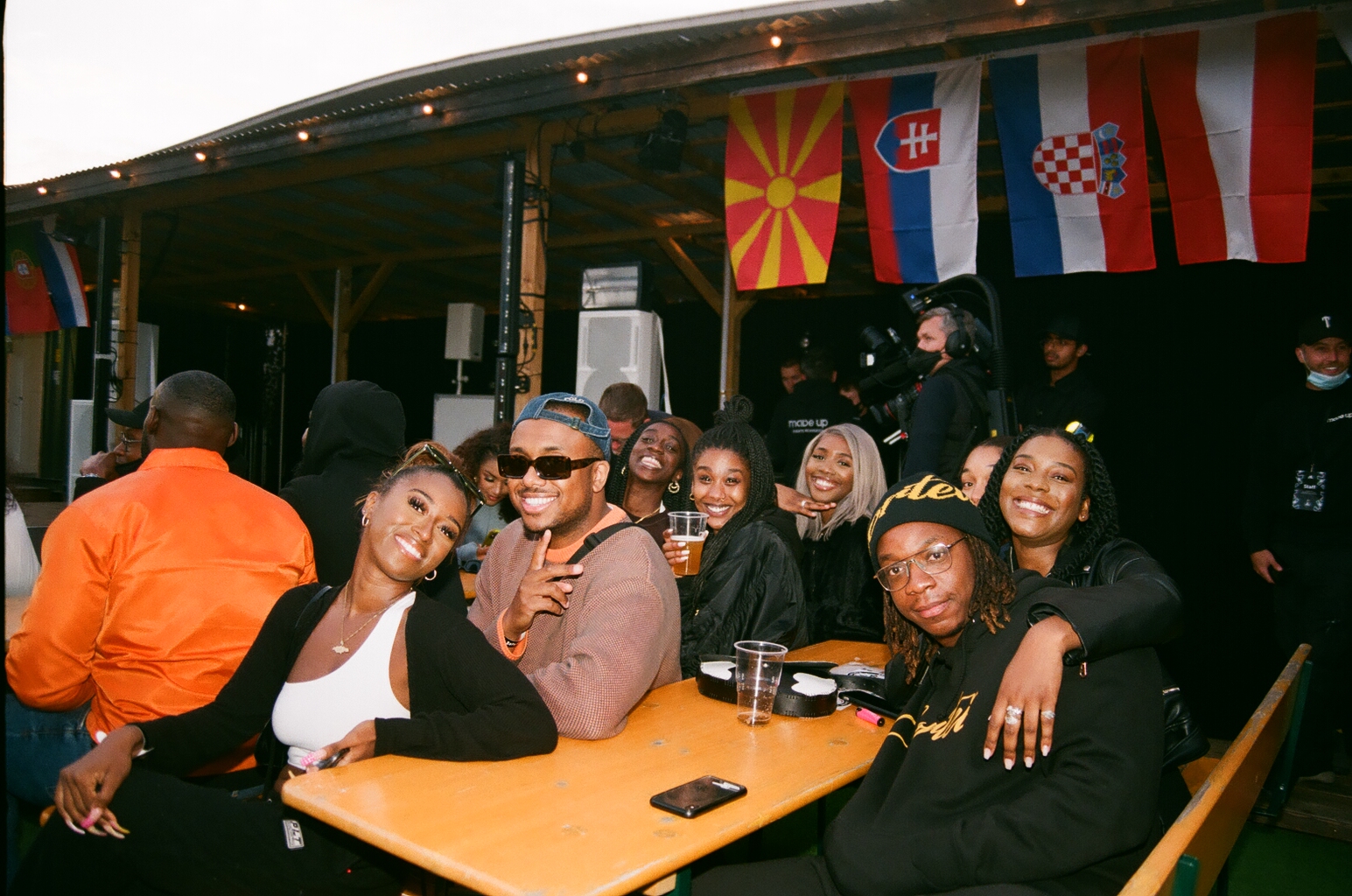 4. Talk About the Big Issues, Too

Football is unique in its ability to bring people together and start conversations. For so many people every matchday is a huge social occasion, and we should do what we can to create a culture where football becomes a safe space for talking about off-pitch topics, too. Co-founder of FC Not Alone, Ian McKenzie, says: “We meet up for games or local matches and discuss the manager’s poor tactics, upcoming youth talents, and league standings – but do we ever talk about what really matters? Do we ever ask each other how we really are? Especially in an environment that can have big effects on your emotions, you would think that we would speak more about real things.” With one in four people suffering from mental health issues, game days are rare opportunities to get people talking and finding a valuable support system in their football family. 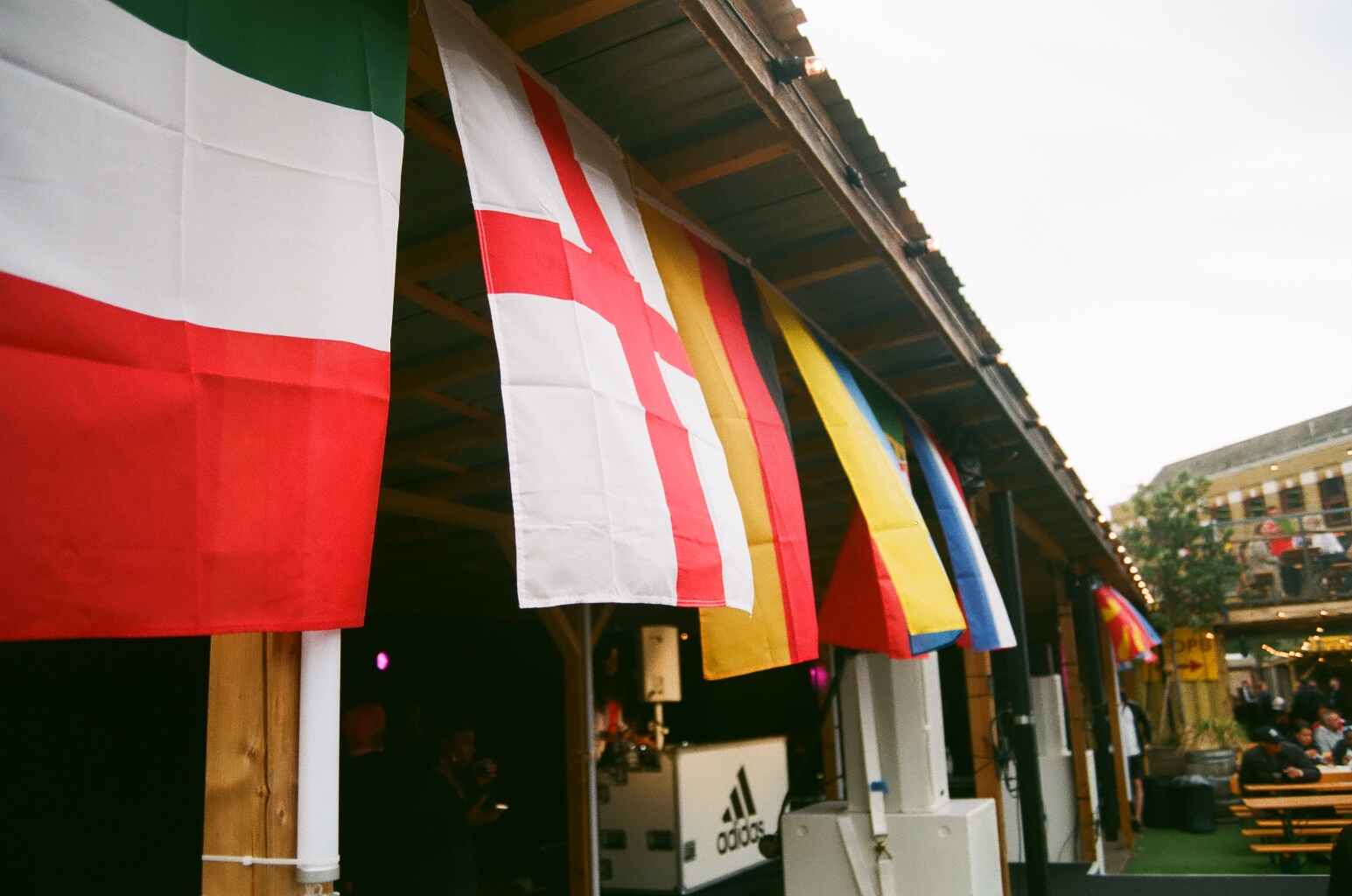 While there are few sweeter things about attending live football than the roar of a crowd when celebrating a goal or an outpour of joy at securing a win, we need to be aware that everyone expresses themselves in different ways and takes fulfillment from different experiences. As a fan, politely respect the fact that not everyone will be comfortable with chants and bravado in public places – and if running a venue, consider the addition of outdoor spaces or alcohol free zones to accommodate those fans who prefer a more relaxed matchday vibe, including families, something Goals4Girls graduate Roberta Kapica highlighted recently: “I often feel intimidated…I’m an easy target to be ridiculed and disregarded as an outsider.” People like Roberta should never have footballing experiences taken away from them because of who they are. 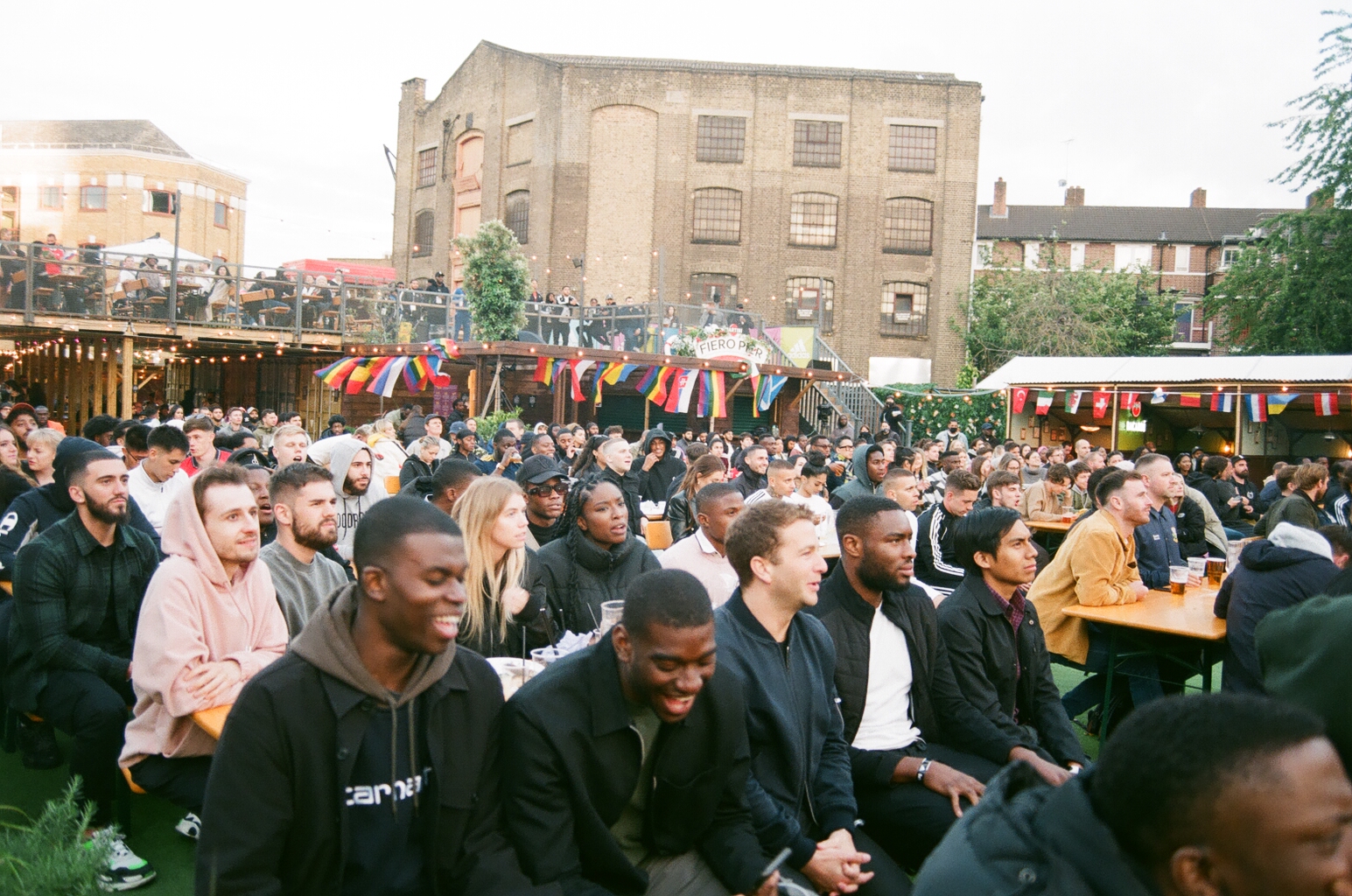 Football fans in 2021 are a diverse representation of our modern society and all viewing spaces should respect and understand that, while working to make spaces as accessible as possible. Wheelchair accessibility and adequate seating is important, as is an acknowledgement that strobe and bright flashing lights could be problematic. 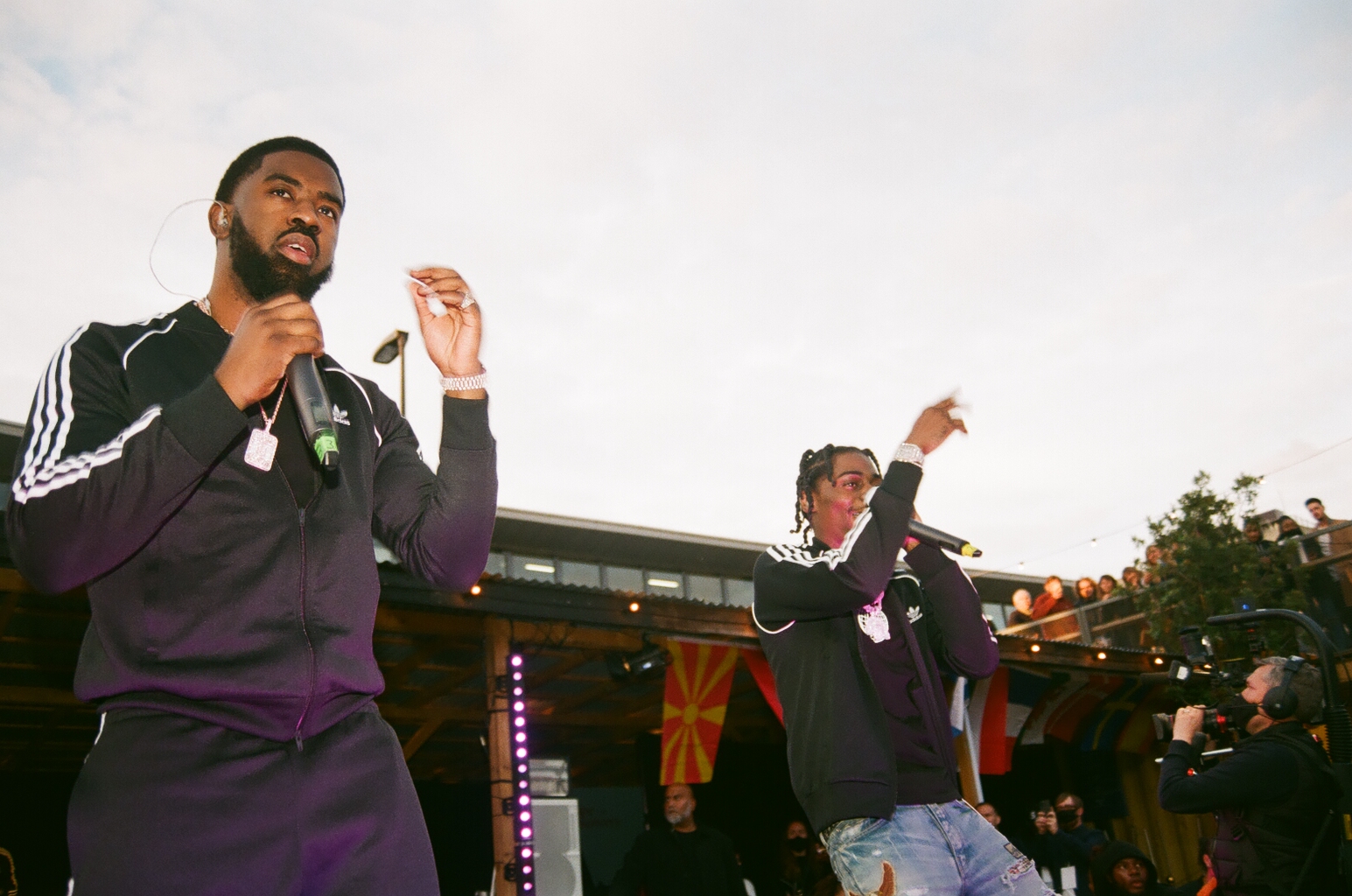 Never lose sight of the reason you’re watching football – it’s because you love the game. Be passionate and respectful in victory and defeat, tolerate and celebrate everyone else who’s watching with you, and encourage conversation between new people. Football is a game played by 22 people so there’s no doubt it’s meant to be enjoyed in large groups. This game is meant to be a celebration of culture, togetherness and pride. So let’s enjoy it how it’s meant to be enjoyed. By embracing each other, celebrating our differences and remembering that the game is our unique language. It’s a view echoed perfectly by Jay Catalano and Betty Mayeya from Stonewall FC: “The changing room has more than 16 people in it. No one in there is exactly the same. Sometimes we’ll have fun, sometimes we’ll cry. But let’s always be able to celebrate each other and be as one.”

The adidas Football Collective is a group of grassroots football communities working to make the sport a more inclusive and representative space for all. Watch their film with COPA90 and adidas Football above.