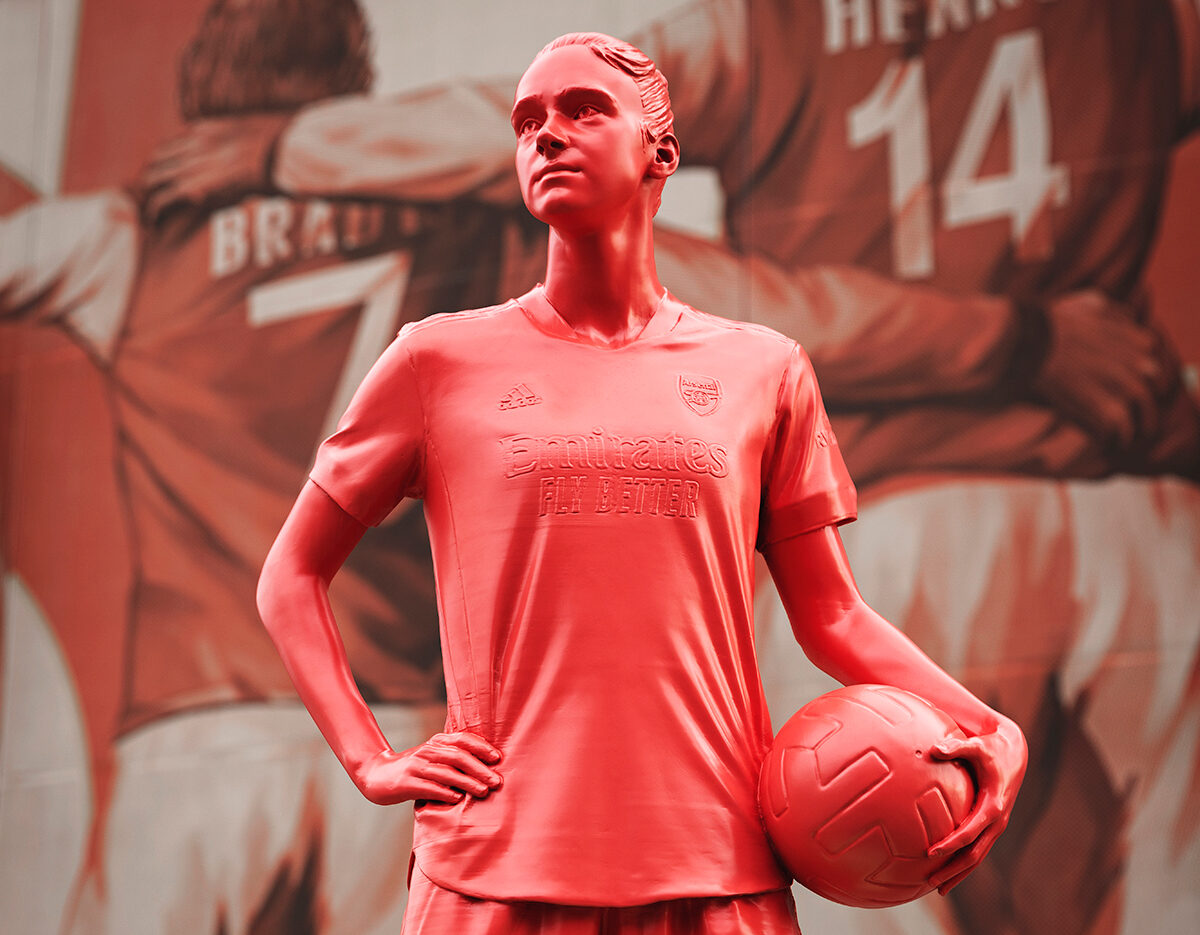 adidas and Arsenal have come together to immortalise one of the club’s greatest players ahead of a landmark night for the North London club.

As the Gunners prepare to face off against Tottenham Hotspur in the Women’s Super League tonight – the first Women’s North London Derby to ever take place at the Emirates – a statue of Vivianne Miedema will be placed outside the ground alongside other legends of the club like Thierry Henry and Dennis Bergkamp.

Vivianne has already proven to be a legend of the club collecting a number of records already, including the most goals in the WSL with 64, the most goals in a single WSL season (22 in the 2018-2019 season) and the most WSL goals at one club. The statue will remain the ground from today until 9am tomorrow morning for fans to visit and take their pictures.

The statue was originally created as part of the adidas campaign ‘support is everything’, which looked to highlight the fact that there were more statues of animals than women in London. This led to the creation of eight statues of women who can inspire the next generation. 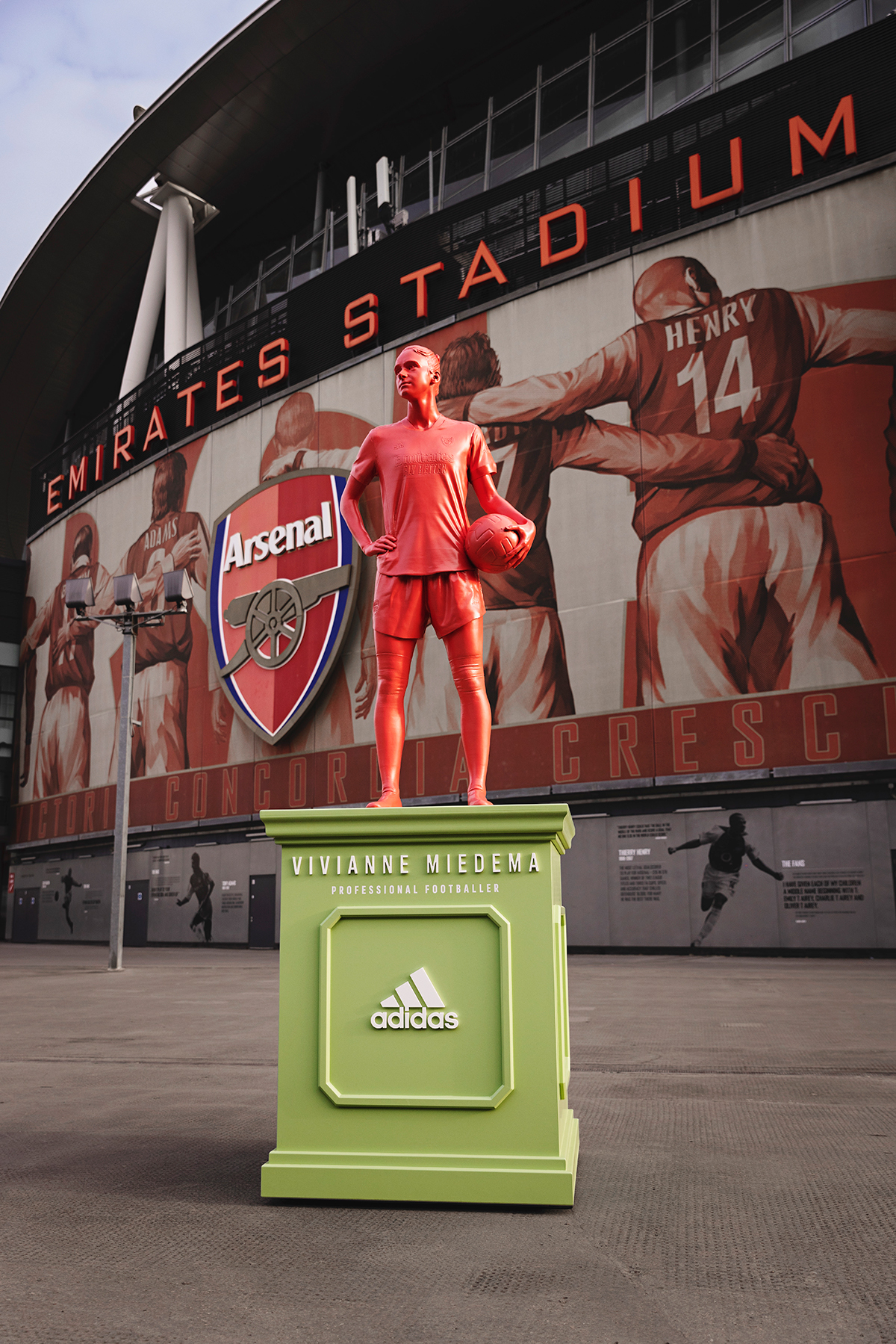 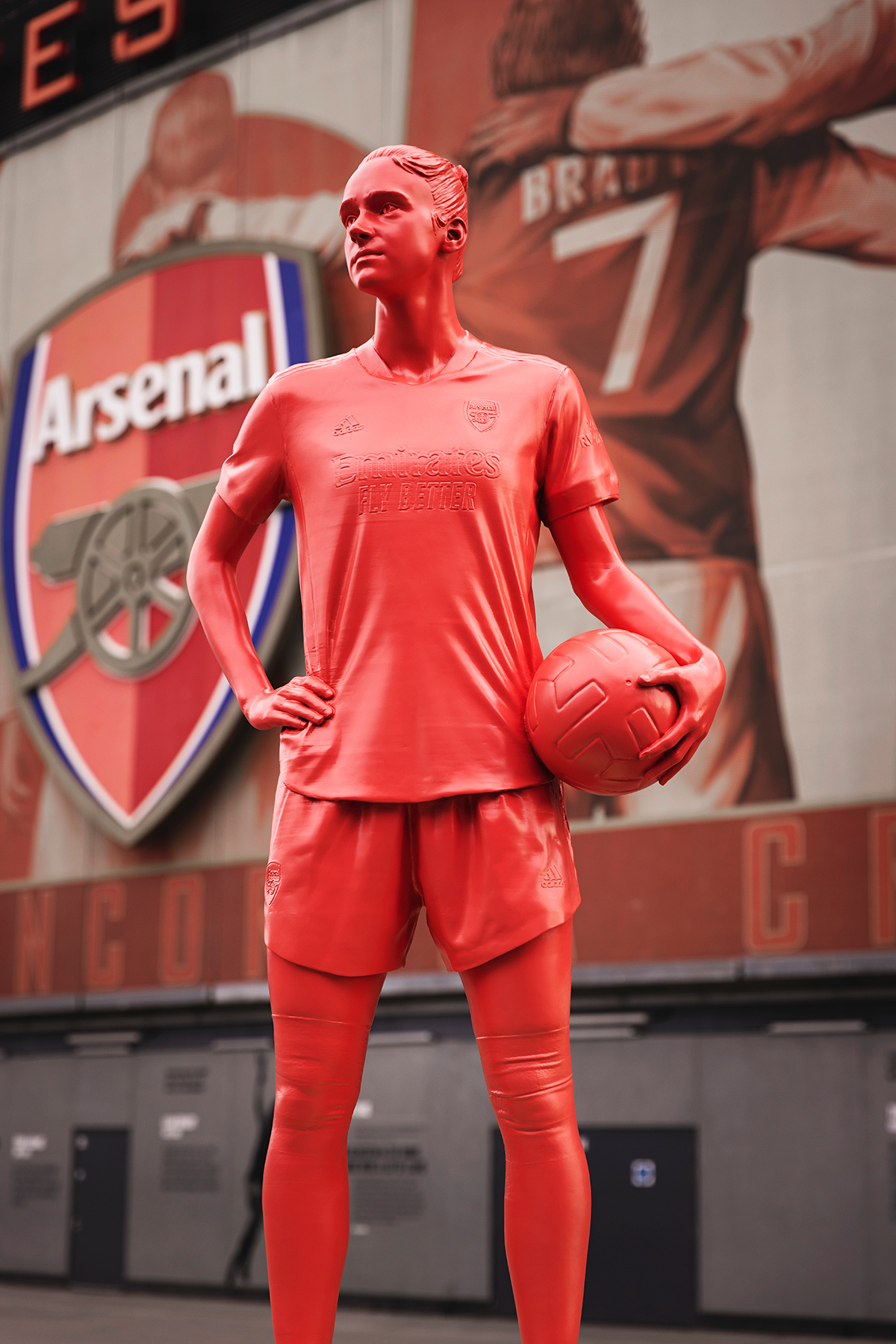