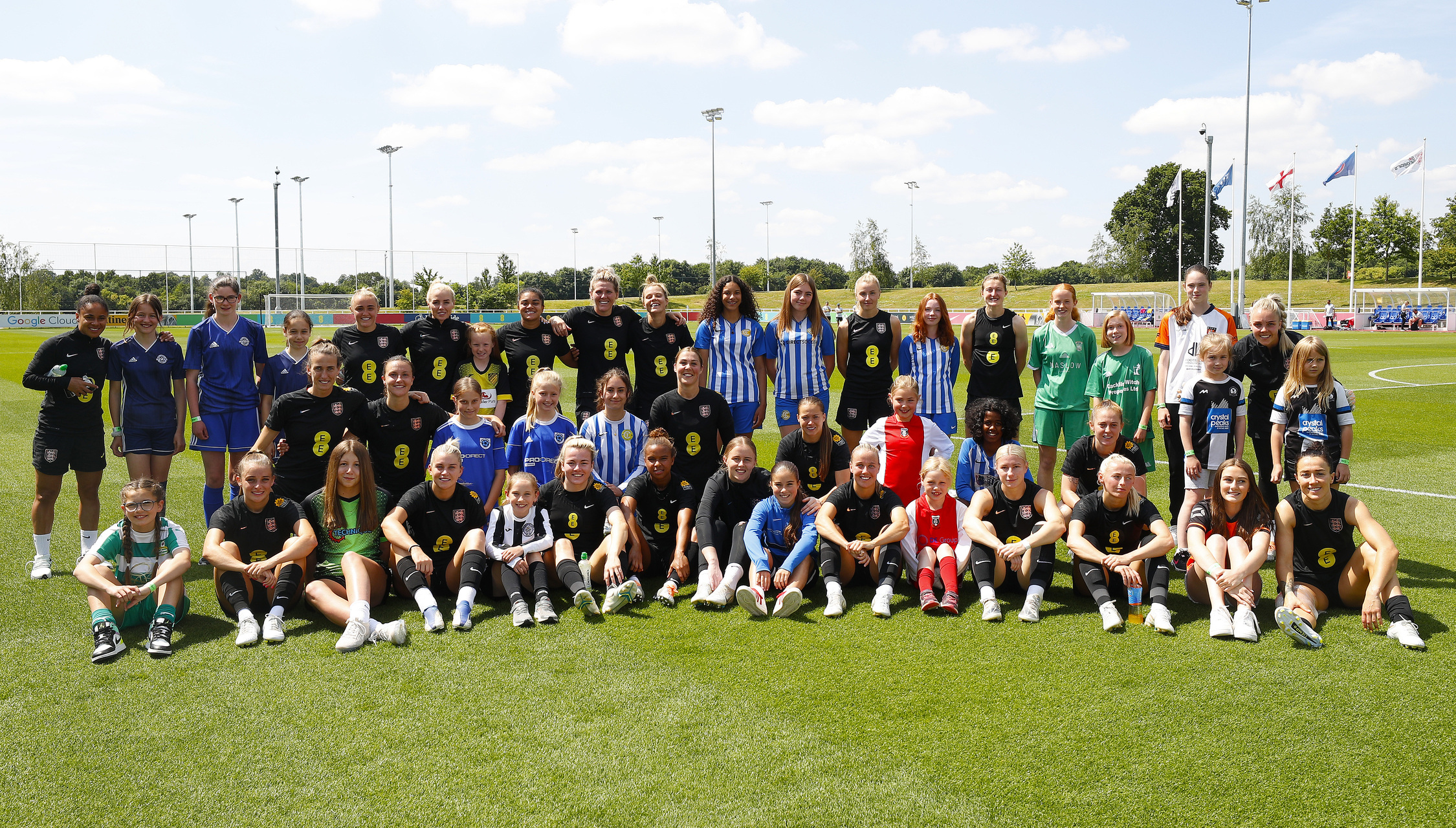 Image via The FA

The Lionesses welcomed aspiring young players from their childhood grassroots football clubs to an open training session at St. George’s Park ahead of next month’s Euros.

In what is expected to be the biggest Women’s European Championships in history – having sold almost 500,000 tickets – the Lionesses have already inspired the next Fran Kirby and Nikita Parris with their latest meet and greet.

All clubs who played a key role in the development of each Lioness were invited to the session, along with an additional nine clubs from across the country.

Here is where it all started for our #WEURO22 @Lionesses squad 📍

In total, over 150 young girls were given the chance to meet the players and Head Coach Sarina Wiegman ahead of what is set to be a historic summer of women’s football.

England also arranged for several surprise visits from some of the Lionesses’ childhood heroes including former teachers, coaches and mentors.

Ella Toone was one of the players who had the honour of welcoming her former grassroots side, Astley and Tyldesley FC, as well as her former coach Lee Povah.

“It’s amazing to have my grassroots team, Astley and Tyldesley, here and see the smiles on their faces as they’ve had the chance to meet myself and my teammates.

“We all started this journey somewhere, so it’s incredible to now be a role model to these young girls coming through. It’s a really special day and one we’ll remember for a long time.”

Povah echoed Toone’s heartfelt message by saying: “This has been a magical experience for the girls – getting their shirts signed and watching training with huge smiles on their faces.

“We’re all really proud of Ella and we hope she has a brilliant tournament!”

This summer’s Euros is set to break ticketing, attendance and viewing records, but what we need to remember is, women’s football doesn’t start and end with major tournaments.

The legacy of this summer is just as vital for the growth of the women’s game as the competition itself, which is why this visit was more than an autograph signing opportunity.

It was about ensuring the next generation of ballers know they can be in the same position as their idols one day.