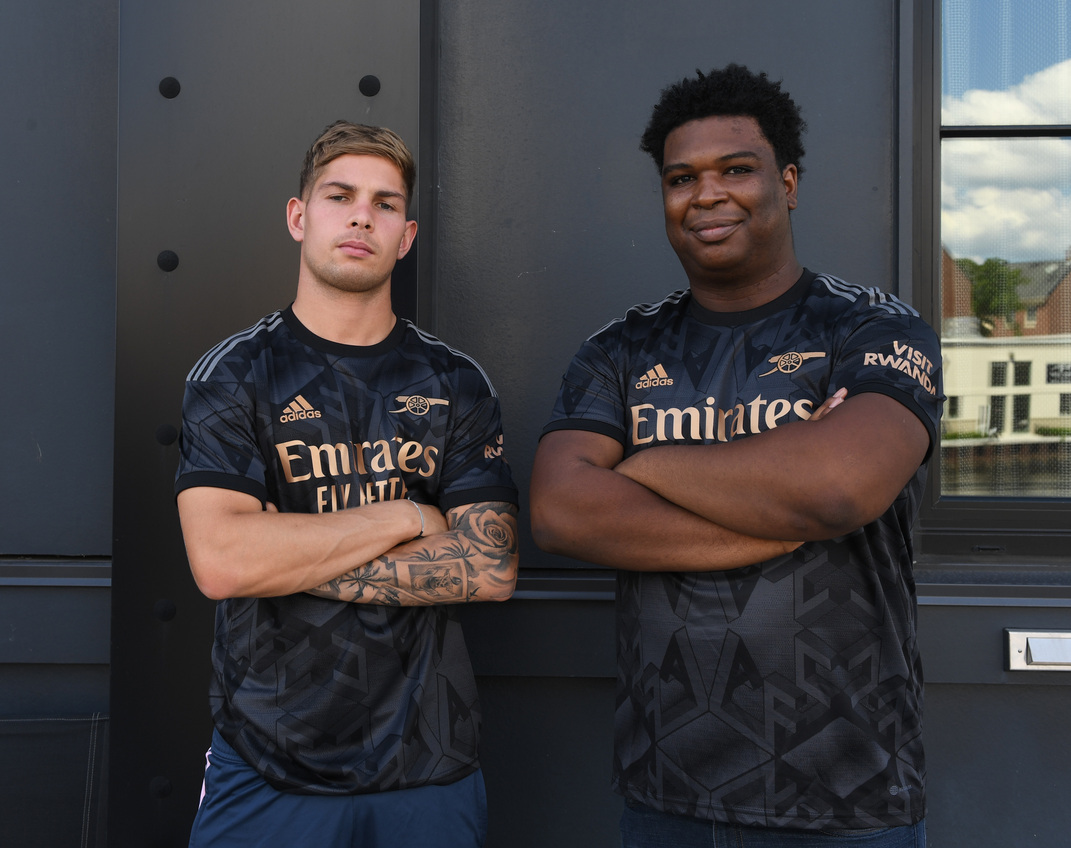 Arsenal have just dropped off their adidas Away kit for the 2022/23 season, a jersey that celebrates The Gunners’ passionate supporter network in the ‘Little Islingtons’ in the United States and around the world.

The kit features references that help transport north London to Gunners across the globe, with a bronze cannon badge and bronze metallic trims, complete with shades of black and carbon, that showcase an all-over AFC graphic inspired by the Arsenal lettering fans outside The Emirates.

The passion and commitment of the club’s overseas supporters is embodied by Aston Mack, the inspirational founder of the Orlando Freedom Fighters who stands alongside Emile Smith-Rowe in the campaign launch.

Aston came to prominence at a Black Lives Matter demonstration in Orlando wearing an Arsenal shirt in July 2020. Afterwards, he spoke powerfully about how the shirt filled him with strength and pride, saying no one ever brings up his race when he puts on his Arsenal shirt, because as soon as he’s wearing the badge, he’s a Gooner.

Speaking on his connection to the shirt, Mack said: “As a proud Orlando Gooner, to me, the Arsenal jersey means strength, solidarity and pride. When I wear the jersey, it takes me to another world. I feel protected, I feel connected, I feel part of a bigger community. I’m proud of Arsenal for presenting what our jersey means to people like me. It’s more than a jersey, it’s a representation of home and family, no matter where we’re from or where we live.”

The new kit will be worn on pitch for the first time on Wednesday 20 July, when the men’s team face Orlando City in their opening match of the FC Series.

The shirt is partnered with black shorts and socks and will be available in both authentic and replica versions in men’s and women’s fit, as well as a youth kit which fans can cop now via Arsenal Direct and adidas.

Get a closer look at Arsenal’s Men’s and Women’s players donning the 2022/23 Away kit below. 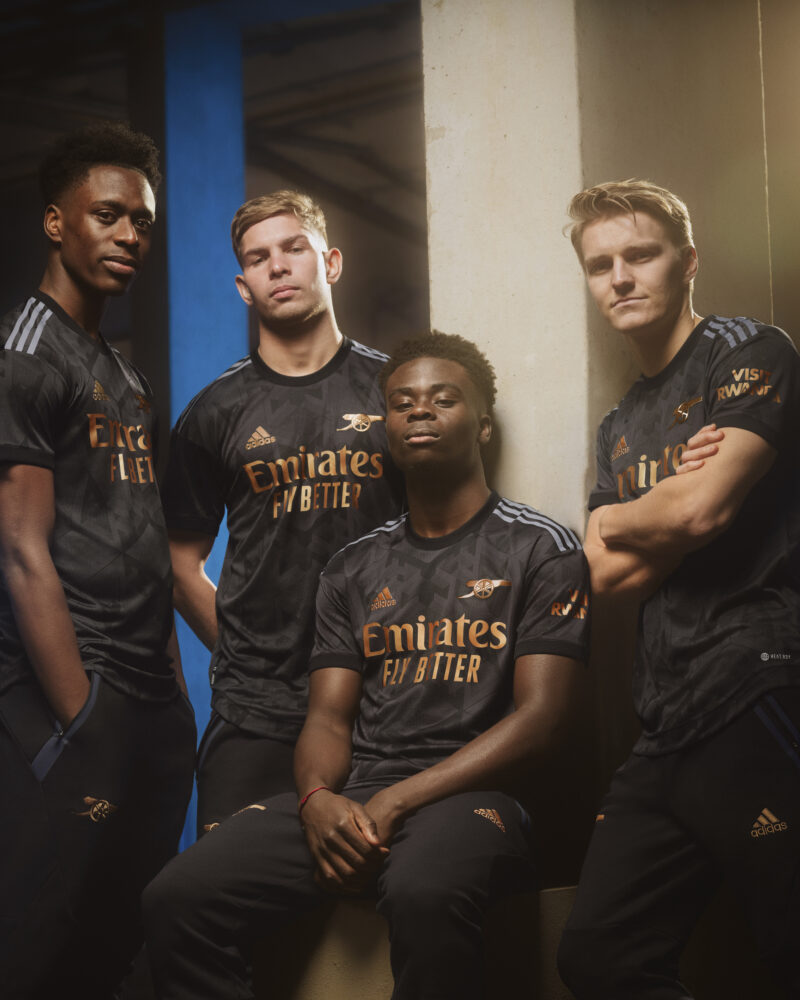 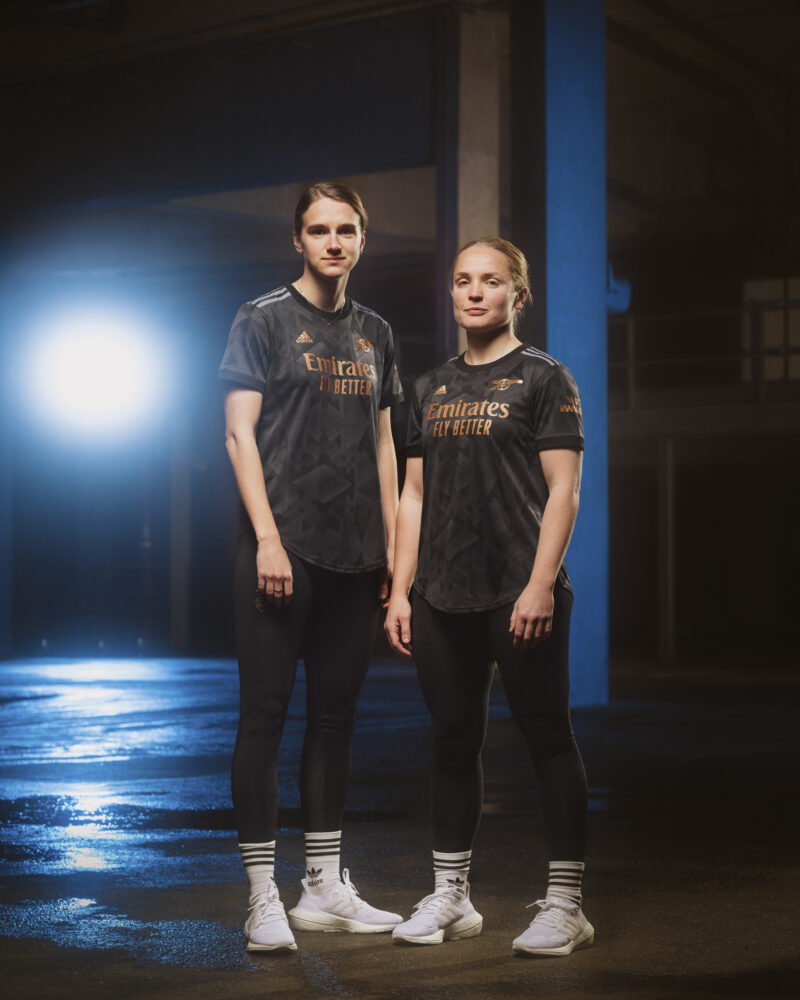 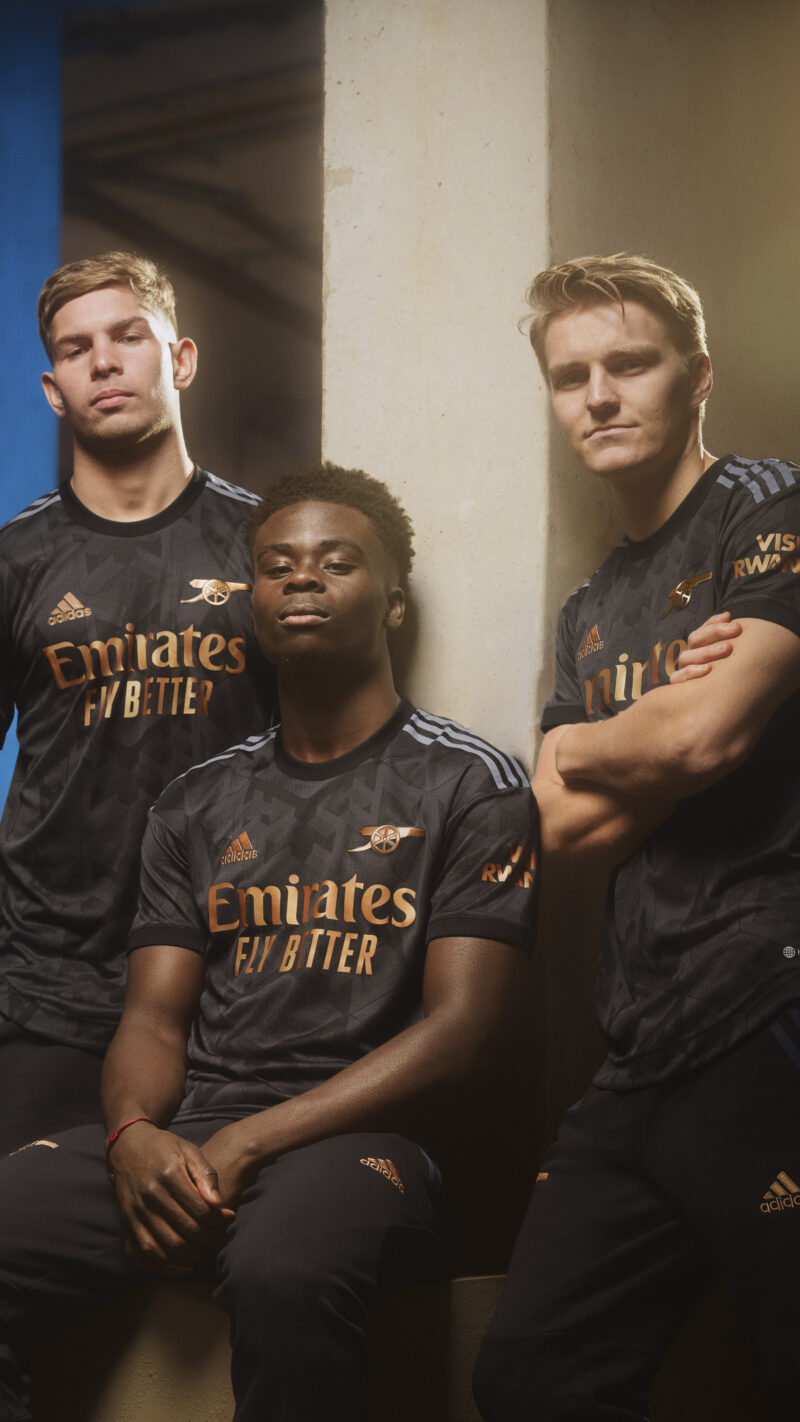 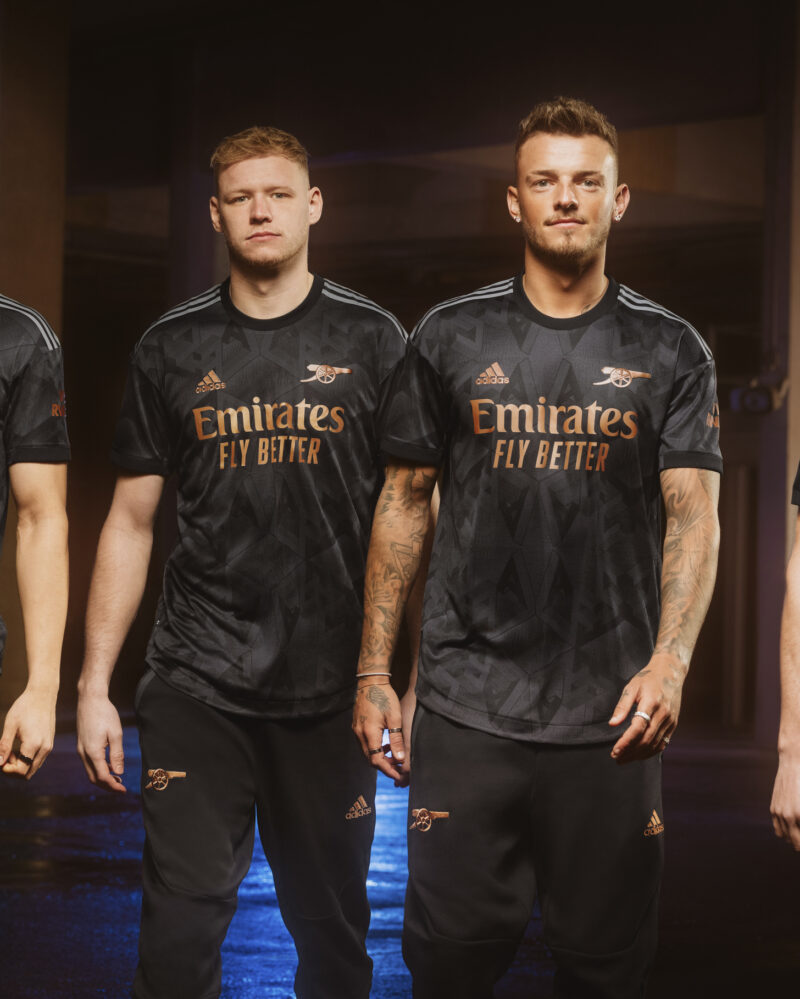 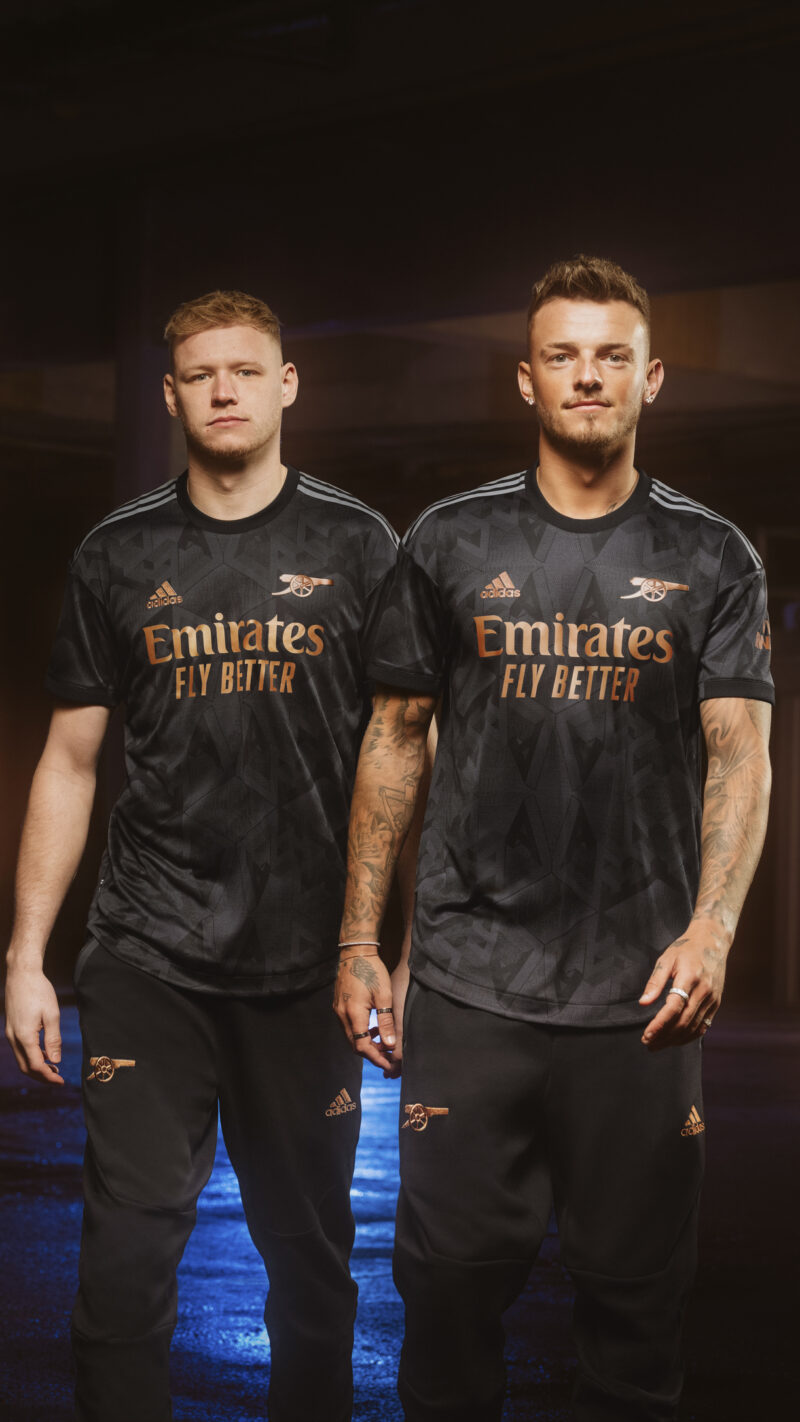 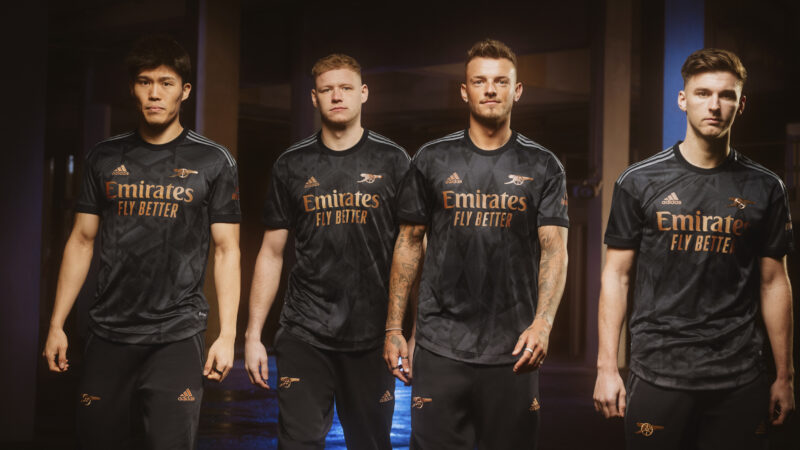 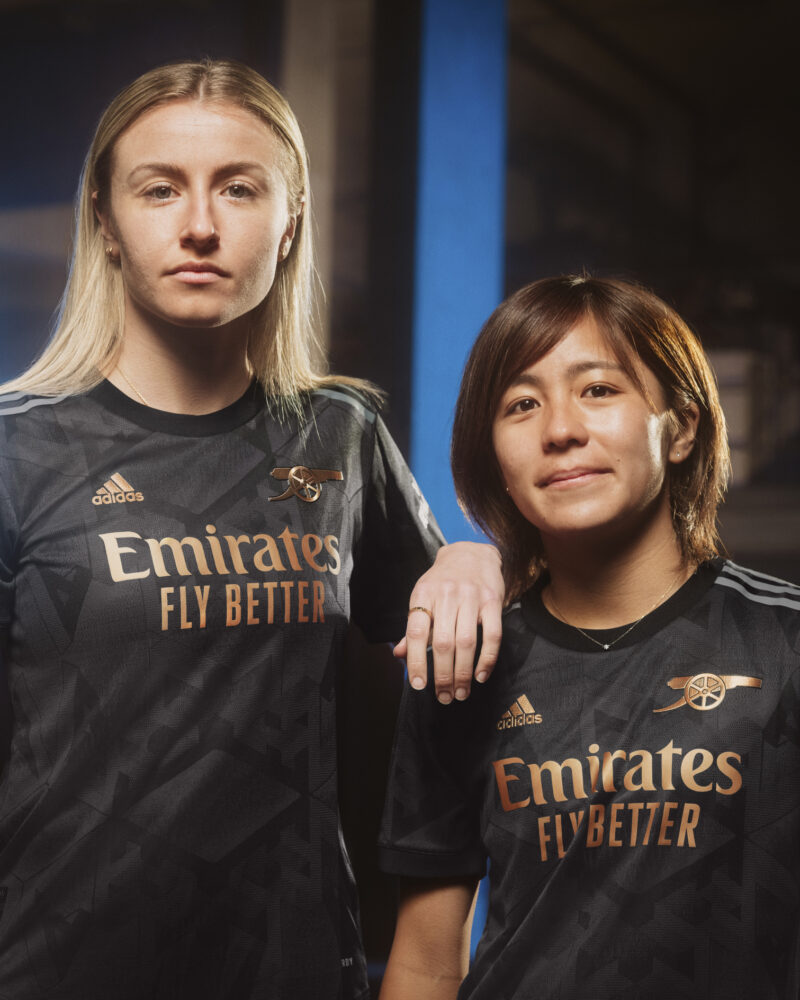