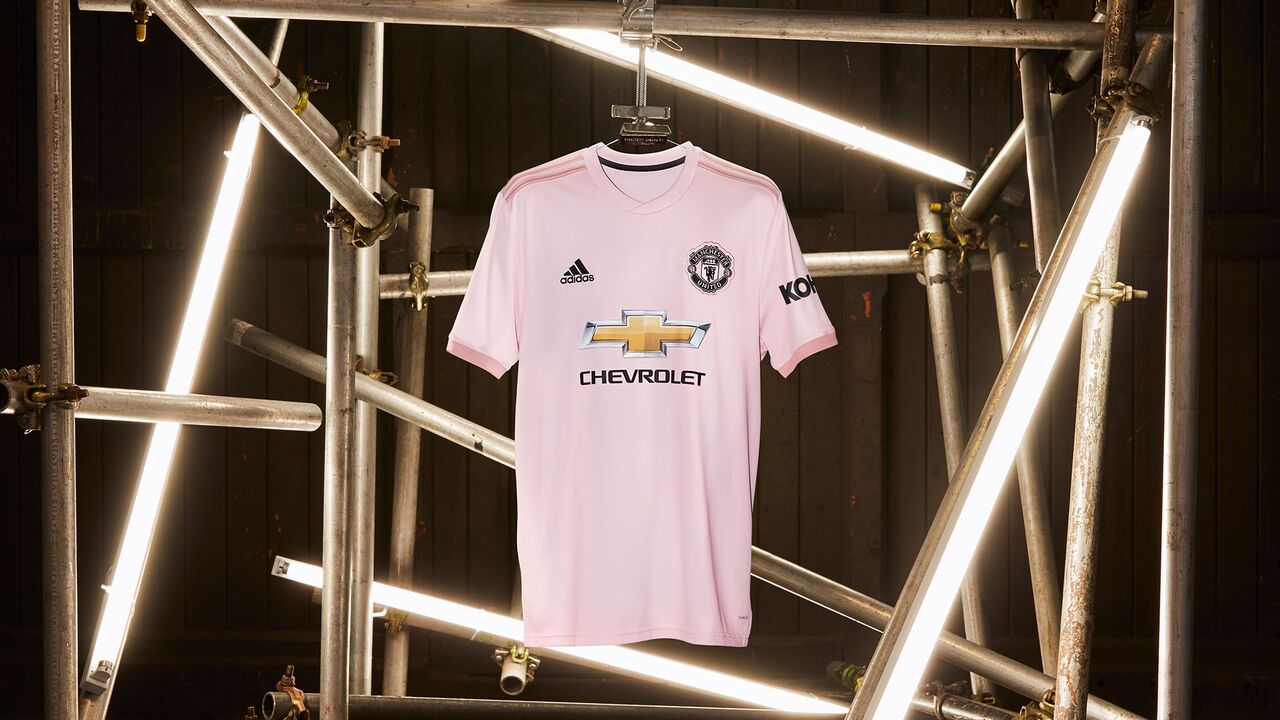 Designed to give the club a fresh look with a kit that can be donned both in the stadium and off the pitch, the shirt’s striking colourway pays homage to The Manchester Evening News ‘Football Pink’ newspaper, which was read heavily by United fans in the year’s gone by – long before they became a fanbase “too intelligent to read newspapers,” according to Jose Mourinho.

Diehard United fan Not3s launched the kit with adidas Football today, which will be made available to a small number of fans at the adidas store on Manchester’s Market Street today and tomorrow (Tuesday 28th and Wednesday 29th August), before going on sale exclusively at adidas and Manchester United official stores on Thursday 13th September.

In more football shirt news, check out Juventus’ “Pastel Sand” away jersey, which is undoubtedly one of the cleanest kits released this year, right here.