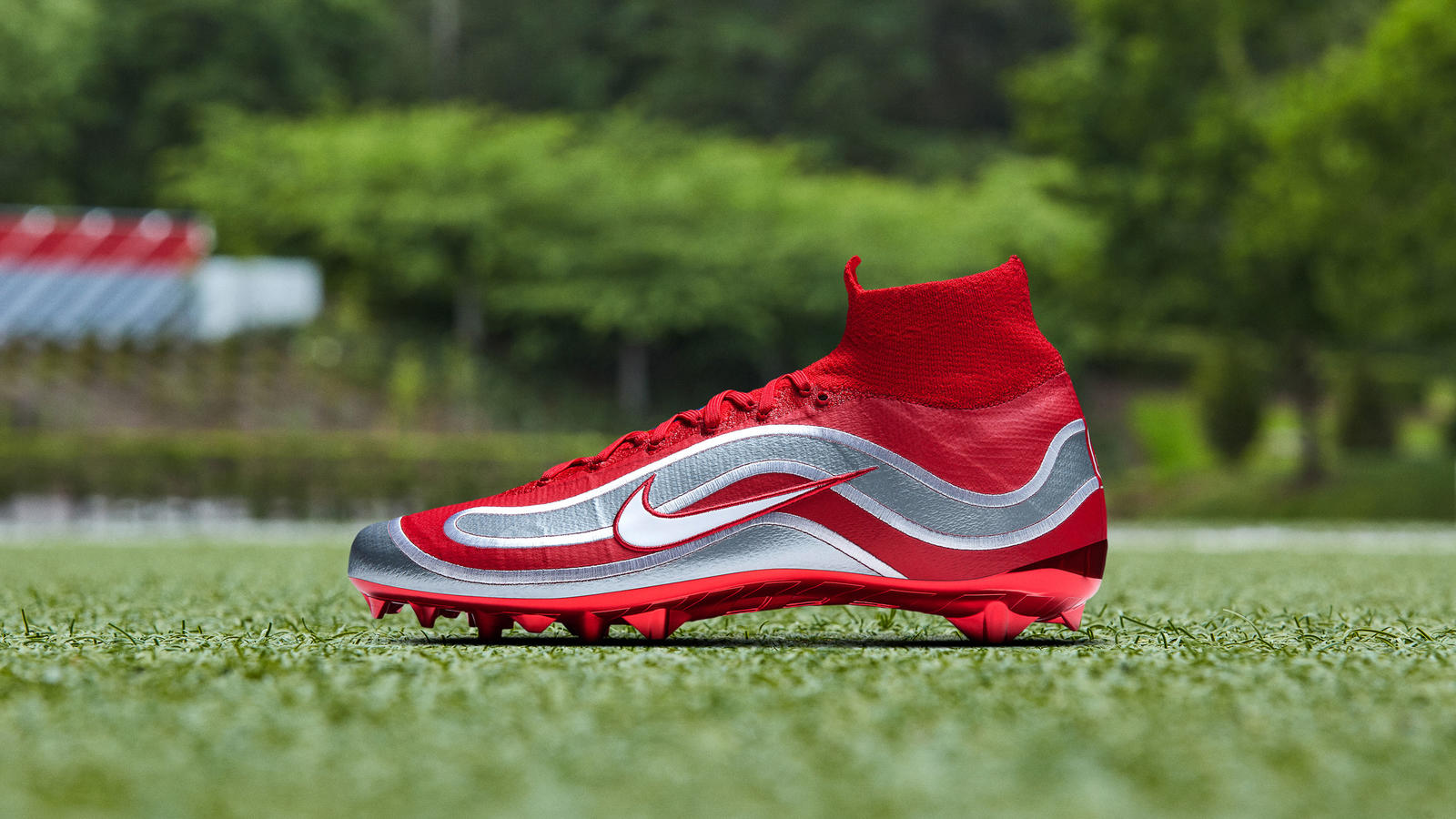 Nike just brought the Mercurial to the NFL.

Arguably the most iconic boot in the history of football, Nike’s Mercurial was worn by Ronaldo in the 1998 World Cup as he took the sport by storm.

20 years on from its debut, the Mercurial is taking to the gridiron with Odell Beckham Jr – whose latest signature release is inspired by R9 and his wavey boot.

The flood-red colorway features an upper inspired by the 1998 Mercurial and the cleat’s lightweight traction plate — a technological breakthrough that Nike advanced with the Mercurial — gets a modern upgrade with a Nike carbon fiber plate.

As one of the fastest and most prolific players in the NFL, no one else but OBJ could pull off this throwback release. 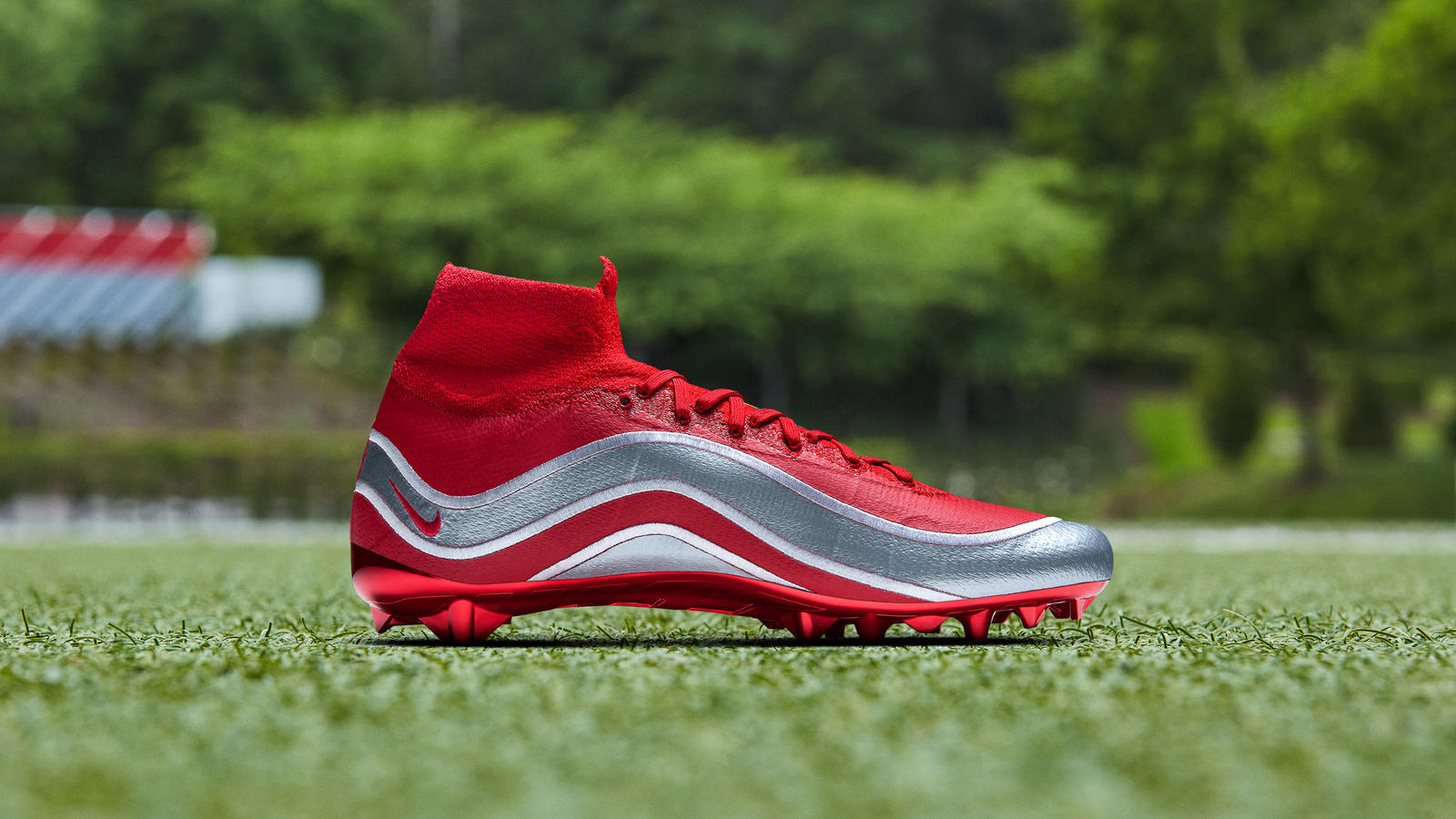