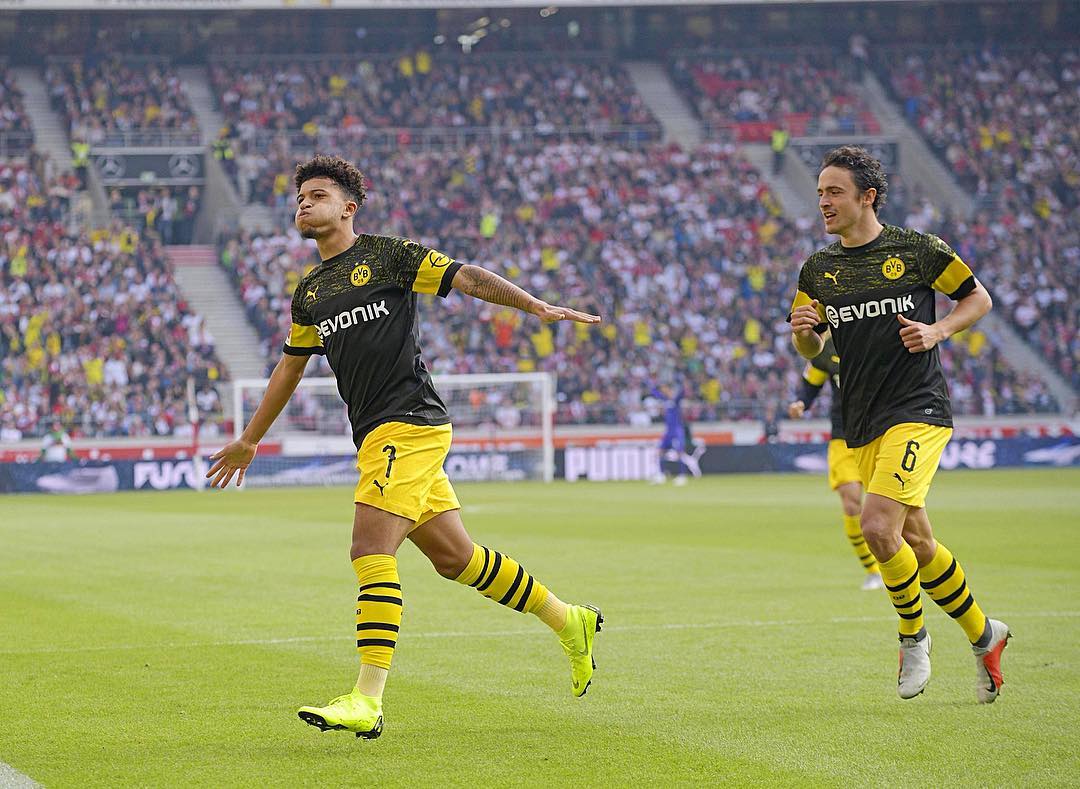 England wonderkid Jadon Sancho has explained why he decided to commit his future to Borussia Dortmund after recent rumours circulated stating that he could be set for a big-money move back to Manchester City.

The new England international has just penned a new deal at Dortmund that will keep him with the Bundesliga leaders until 2022 and has now stated that his near future will see him remain in Germany. Speaking to Sport Bild, Sancho explained his decision to sign a deal with Dortmund, “You can see right now, I play a lot here. It is important for young players to develop. You never know what will happen in the future, but I’m really happy right now.”

Dortmund sporting director Michael Zorc is also confident the youngster will remain at the club for a long time to come, saying, “I’m pretty sure Jadon will be playing with us for some time.” Sancho has had an outstanding breakthrough season at Dortmund so far, where he’s contributed 5 goals and 8 assists in 13 games and just 580 minutes of football.

Now read why Jadon Sancho’s move to Dortmund has changed the game for young English players.