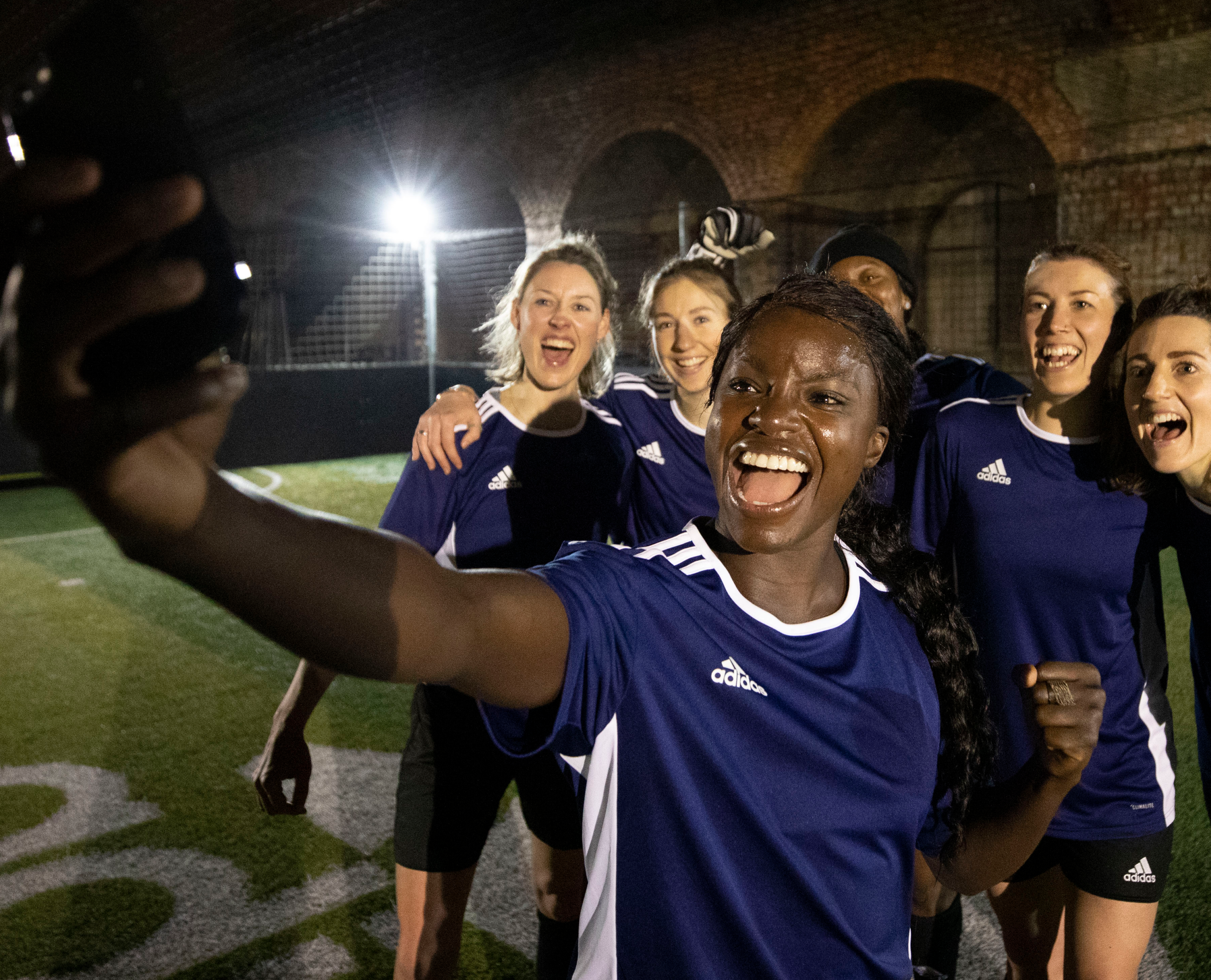 Eni Aluko became the latest footballing icon to shock a 6-a-side team short of a player as part of the adidas Rent-A-Pred campaign.

After Kaka pulled up to Hoxton to dismiss “cut back” shouts and ball out for Reach Out UK, Aluko was on hand to link up with Sirens FC – a women’s team based in East London.

Sirens contacted the adidas Rent-A-Pred WhatsApp hotline hoping for an ‘unfair advantage’ from one of London’s best ballers – and the former England legend became the latest Predator player to step in as a ringer, where she led her new teammates to a remarkable 7-6 comeback, scoring five in the process.

When the @adidaslondon Rent-A-Pred hotline? rings, me and @kaka go! ?% Unfair! . Awesome comeback win with @sirensfc 5aside women's team. Wild celebrations after the last minute strike? . Excited to continue creating together with @adidas. Can't wait to see what's next @adidasfootball #Predator

Following the game Aluko said, “I’ve not played much since retiring but the love of the game and the competitive spirit never leaves you. I know it can be hard to get a team out every week so I was buzzing to provide Sirens with an unfair advantage today when they needed it. It was an incredible comeback.”