Davinson Sanchez hasn’t taken a conventional route to the top of the game.

Coming from Calato, a civil war-torn town in south west Colombia, Sanchez has come a long way from the days when people would try to steal his boots from him as he travelled to practice every day as a ten-year-old boy.

His steadfast dedication to football saw him travel that same route every single day on his way to becoming one of the most high-profile Colombian players of all-time. When we link up on FaceTime to speak about his move to Europe a decade later, Sanchez tells us: “Sacrifice isn’t the word I’d use to describe my journey – it wasn’t a sacrifice, I just had to do what I needed to do.”

Now a world away from a life where he had to worry about whether he’d have his boots stolen before training, Davinson has his very own Nike deal and blessed with a dream job – and life – in London with his family. As someone who has had to make it on his own, Sanchez’s style is something that is also very much his own thing. As he puts it succinctly: “I like what I like.”

Sanchez has been a Nike boy for a while. Wearing Air Force 1s has been a part of his daily rotation for the last five years, and he’s now got his newborn baby on the wave too, already rocking Jordans. When describing his own style, Sanchez’s approach is as stripped-back as his humble way of life, “I’m very natural. I keep it pretty simple.”

That much is evident in his usually refined, monochrome fits, that only serve up subtle flexes like Dior B23 low tops paired up with monochrome turtle necks and Nike joggers. That hasn’t stopped him from trying something new for the shoot today, with Sanchez’s confident self-expression evident throughout the interview: “With Spurs kits this season, they’re quite loud – so it’s only right to have some clothes that work well with the brighter colours.”

His teammates are also helping him progress his eye for fashion even further, with Serge Aurier, known for throwing the occasional crazy fit down over the years, someone he looks up to in the squad from a style perspective: “Serge is my boy. I never used to like his style, but now it’s really good. He’s really professional – but sometimes you see his looks and you think ‘wow, this is crazy’, you know?”

Linking up with Davinson over FaceTime, we picked some pieces from the Nike store that give Tottenham Hotspur’s 2020/21 Away and Third Jerseys a street-ready aesthetic.

Tottenham’s clean green away strip is one of the best shirts of the 2020/21 season. With the stripped-back shirt being so refined, we opted for pieces which take the jersey’s colourway into consideration, as well as Davinson’s own style.

The racing green of Spurs’ 2020-21 away jersey pair up perfectly with the green element from Nike’s multicoloured crinkle-woven fabric and colourful woven panels to recreate a silhouette reminiscent of a ’90s style tracksuit jacket, making it the perfect layering piece to put over the top for the wet and windy months we’re currently in the midst of. 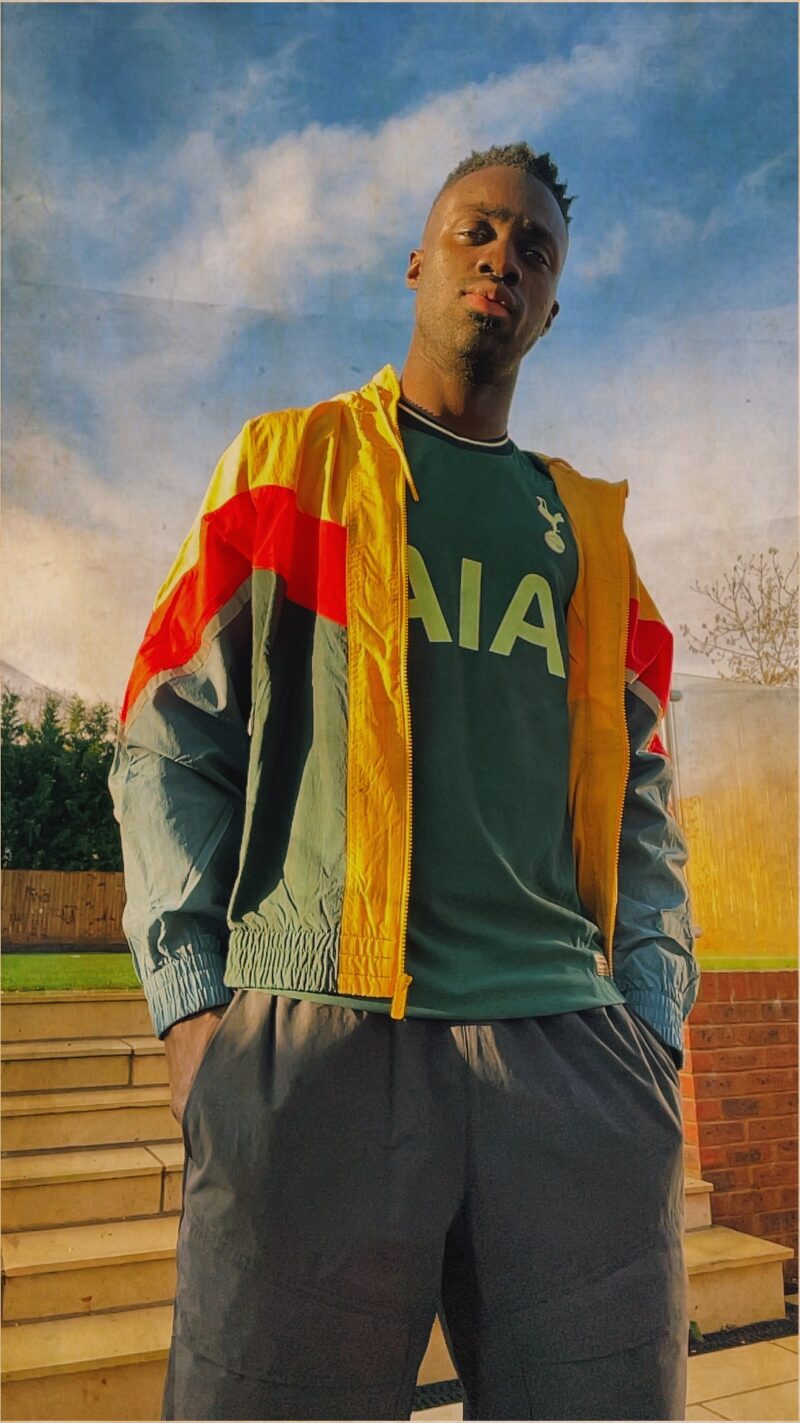 Rounding the fit off with some slick, yet rigorous, black Jordan Cordura tracksuit bottoms and some box-fresh white AF1s, the fit offers a striking and durable offering to light up grey winter days with pieces that give the away jersey a street-ready aesthetic. 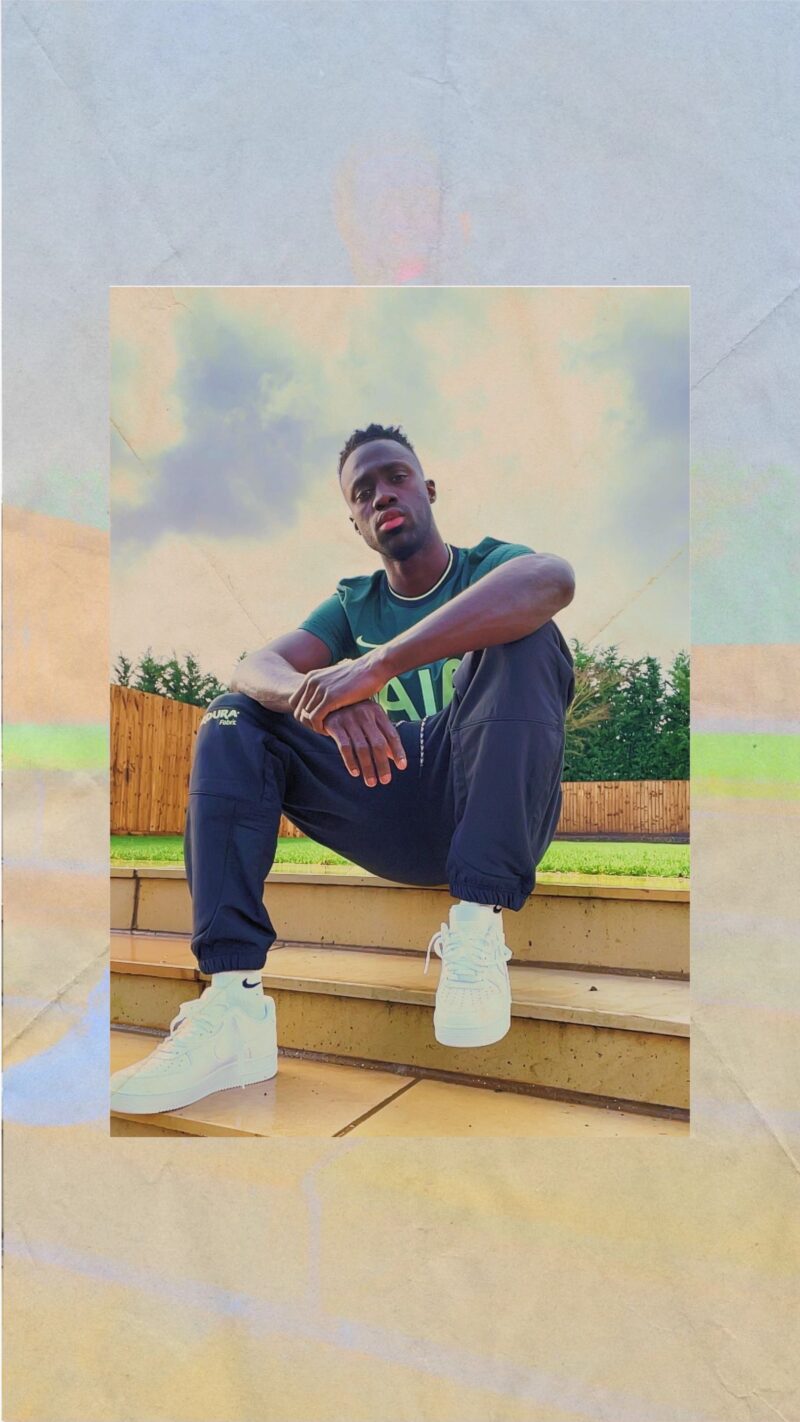 Spurs’ yellow 2020/21 third kit reminds Davinson of home. With a Colombia-coloured yellow featured on the kit, the corresponding pieces are more understated flexes to run alongside the eye-catching alternate shirt. 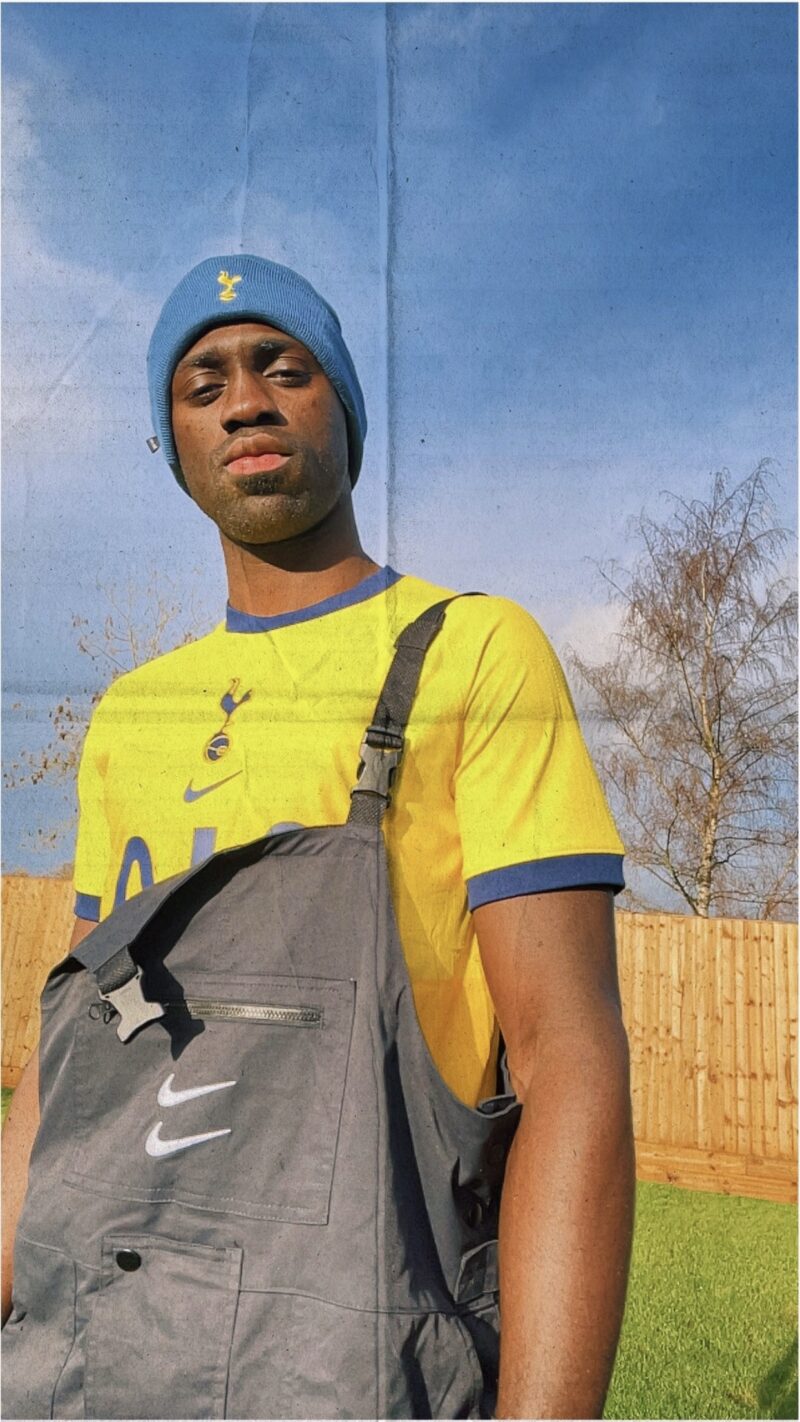 The black Swoosh overalls offer a utilitarian look fit for the outdoors, including plenty of pockets and multiple styling options, with the versatile piece easily switched between being worn up or down. This fit comes complete with a clean Spurs x Nike beanie and corresponding Spurs-styled Air Max 2090s. 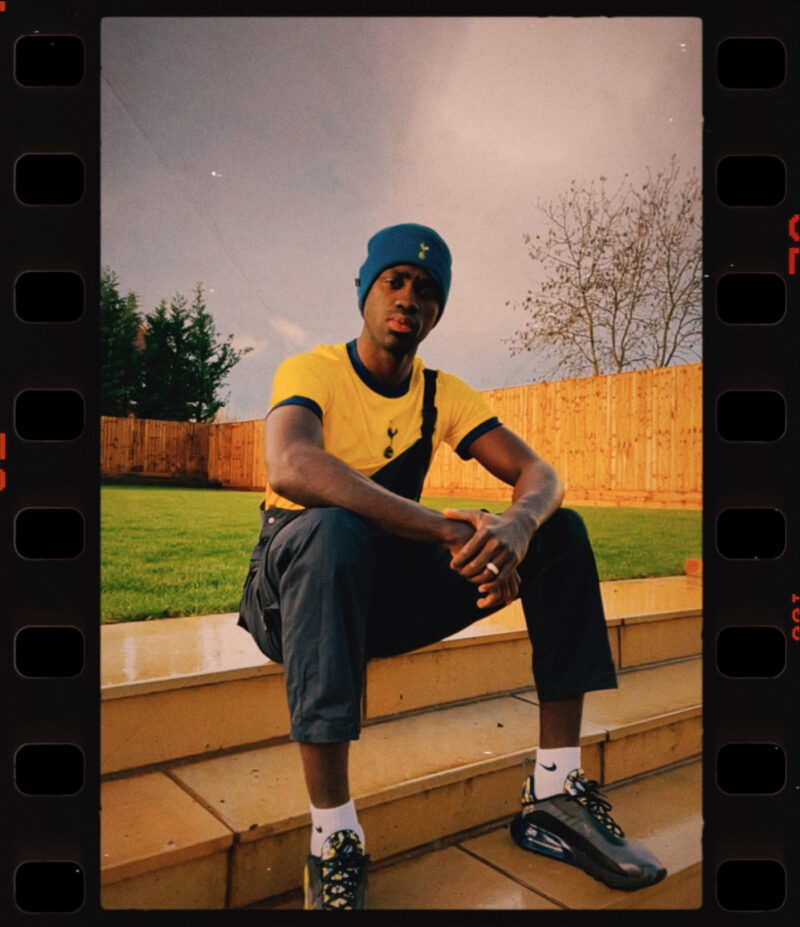 You can cop Spurs’ 2020/21 Away and Third Shirts now from the Nike webstore.