I always get emotional when I think about the moment I signed my first professional contract with QPR. My family and I had no business being in that building. We had to fight for our right to be in that position. You could have told me this would happen one day but at so many times on my come up, it just wouldn’t have seemed possible.

You turn on the TV and see a Premier League player, but you don’t always see the hard work and obstacles so many young players face in chasing that dream. That’s why I want to share my story with you. My journey has been different.

I joined Arsenal as a nine-year-old but got released at 13. It was the hardest day of my life. I was with Fulham until I was 16-years-old but they released me in the run up to Christmas. I went to Norwich for a week but didn’t get picked up. I played with Reading until the end of that season before I got released for a third time. I finally did a trial at Millwall and did my scholarship for two years but when it came time to turn pro, I wasn’t offered a deal. 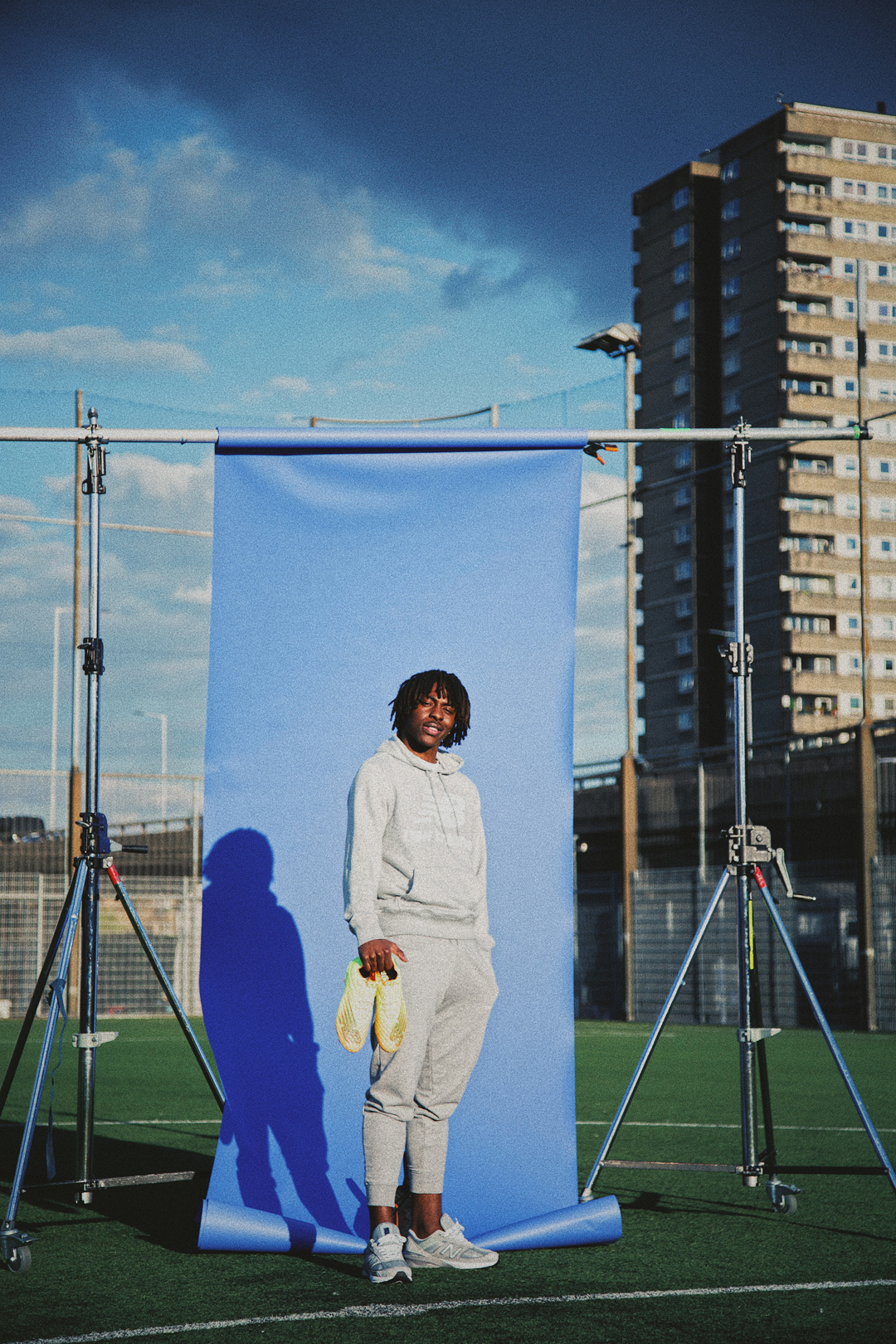 My situation was hard. I literally had to go on a UK tour as an 18-year-old to keep my dream alive. I had a trial game for Bristol City but I had one of the worst performances of my life and they dragged me out by my ears. I even travelled all the way to Sunderland for a one week try out. You can imagine how crazy that was for me, being so far away from home for the first time.

Seven professional clubs didn’t think I was good enough. I became numb to rejection – but I was more determined with every setback to make my dream happen. Three things got me through those moments.

I didn’t concern myself with what others had to say about me and I always wanted to prove myself everytime I stepped out on the pitch. I had faith.

I was always inspired by my dad, my mum, my older sister and my older bro. They were there for me every step of the way and I knew I’d repay them. I had family.

I always expressed myself with a ball at my feet. I wanted to enjoy myself. I had fun.

Those lessons shaped my career and I learned them in South London.

I grew up in Greenwich and all I can remember as a kid is going to school, coming home, and playing football. I was begging my mum to go outside and play every night. I’d be told “you’ve been outside too many times this week” but I’d have tears in my eyes pleading for just 10 more minutes. That’s just the way I was as a kid. Nothing came close to the feeling football gave me. I felt free.

I started playing when my dad would take me downstairs from the flat to kick ball around Greenwich Park or Blackheath Common, and that’s where I’d link up with my cousins.

We all grew up together and before too long we graduated from playing in parks with jumpers for goalposts to playing in cages where the stakes were a lot higher! It was serious business, but it was a place where we made the rules and learned to play football our way.

“Everyone playing in a cage as a kid wants to make it as a pro, and it just creates a different mentality.”

Every single day I was testing myself against the best players in our area and you grow up fast when competition is that big. Everyone playing in a cage as a kid wants to make it as a pro, and it just creates a different mentality. If you can make it there, you believe you can make it anywhere.

Eventually I started playing for a club called Bruin FC. There’s a few ballers that came through that team – players like Tammy Abraham and Ovie Ejaria – and they’d always get a lot of scouts down to watch us young ballers play. All the big London clubs were there trying to find the next big thing. I’m talking Arsenal, Chelsea, West Ham, Millwall, Charlton…

West Ham was the first trial I went on and my dad would drive me to all of them, but we’d have to be selective and he’d ask me what my favourites were because we’d have to watch the petrol prices. That’s how things were back then.

I signed for Arsenal when I was nine and even then I was gassed. I was a kid who supported Arsenal, playing for Arsenal. Thierry Henry was my hero as a kid. High socks, black gloves… he was the guy. He was a serious man on the pitch! I’d watch him and Ronaldinho on YouTube with my brothers. We’d watch the same video four or five times on repeat to do the same moves. I was trying to move like Titi! 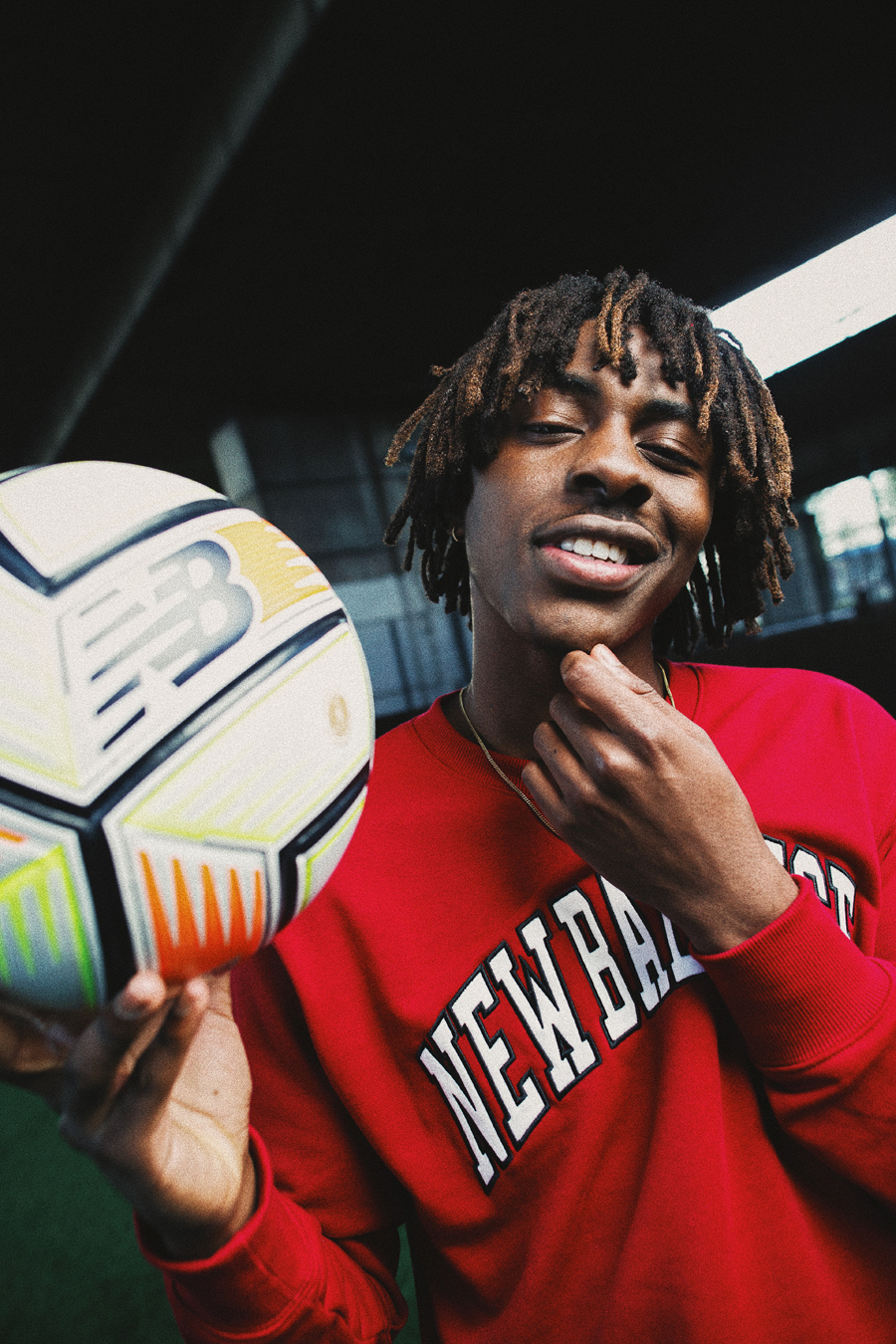 I would bring every certificate I had into school to show my friends I was really part of that club. My friends would be saying “man’s playing for Arsenal, man’s a graduate!” – the excitement I had, even as a kid, was through the roof.

But ultimately I was one of many young players in that system and like hundreds of others, I was at some point told the club didn’t see a future for me. I first got that news as a 13-year-old and it broke me. I had a meeting with the club and I was given a letter informing me of my release. Nothing can prepare a young person for that sort of rejection. I was in the meeting crying my eyes out, in front of my coaches, in front of my family. I couldn’t look at anyone in the eye, the pain was too real.

The bright spot from that day? It set the course for the rest of my life.

I didn’t want my tears to be for nothing. I knew that from the feeling of loss I had that day, I wanted nothing more than to be a pro baller. I had to make this work. My mission was set.

I built up resilience. Every time I was told “no”, my mind said “yes”. I really believed that what wouldn’t kill me could only make me stronger.

I lost my fear of failure, and that inspired me to be an even more expressive player when I was on the pitch. If I could deal with a club telling me I wasn’t good enough, you better believe I could ride a hard tackle in the middle of a game. Trial ends badly? No stress, I know I just need to work even harder and play with even more fearlessness next time out.

I immediately had people at the club who believed in me. Chris Ramsey, Andrew Impey and Paul Hall all gave me guidance and support. That’s what any young player needs, and I know now it’s what I didn’t have on the football side ever since I was released by Arsenal. Andrew said the minute they saw me, they knew they wanted me at their club. They already wanted me to be in the first team picture.

“I had legitimate concerns that if they saw me train a few more times, they’d rescind the offer.”

As a young player who’s wanting to improve, knowing you have that road map – a real sense of direction – is crucial.

The day they offered me a pro deal, I was determined to do whatever it took to sign the paper. When I heard rumours it was happening, I asked if we could turn it around that same day. My anxiety was so high from previous rejections that I had legitimate concerns that if they saw me train a few more times, they’d rescind the offer. I wanted it done ASAP. No doubt. I knew it was my time. It eventually took just a couple of weeks to sort out, and it felt like home. I heard my contract was ready when I was in the car on my way home – the first thing I did was ask for the car to be turned around so I could finally put pen to paper and call myself a professional footballer.

Fast-forward to 2021 and I’m counting my blessings to see where my hard work has taken me.

Signing for Crystal Palace last summer felt right. I was coming back to South London and I was fulfilling a lifelong ambition of playing in the Premier League. Once I started playing regularly for QPR I knew the only way was up. My faith in God and my belief in myself was absolute.

One of the proudest moments of my career was seeing my family after my first Premier League game. I was so grateful for everything they’d sacrificed to bring me here. They’d worked hard to put food on the table, they’d spent evenings and weekends taking me to and from games, and they’d invested love in me and my dreams at every step.

I was proud to have made them proud.

We looked at the pitch that night and thought about the Greenwich fields I took my first steps in, about the estate that my mum would drag me in from when the sun finally set each evening.

I haven’t stopped feeling gratitude since. My partnership with New Balance is just the latest chapter in a book full of pinch yourself moments. 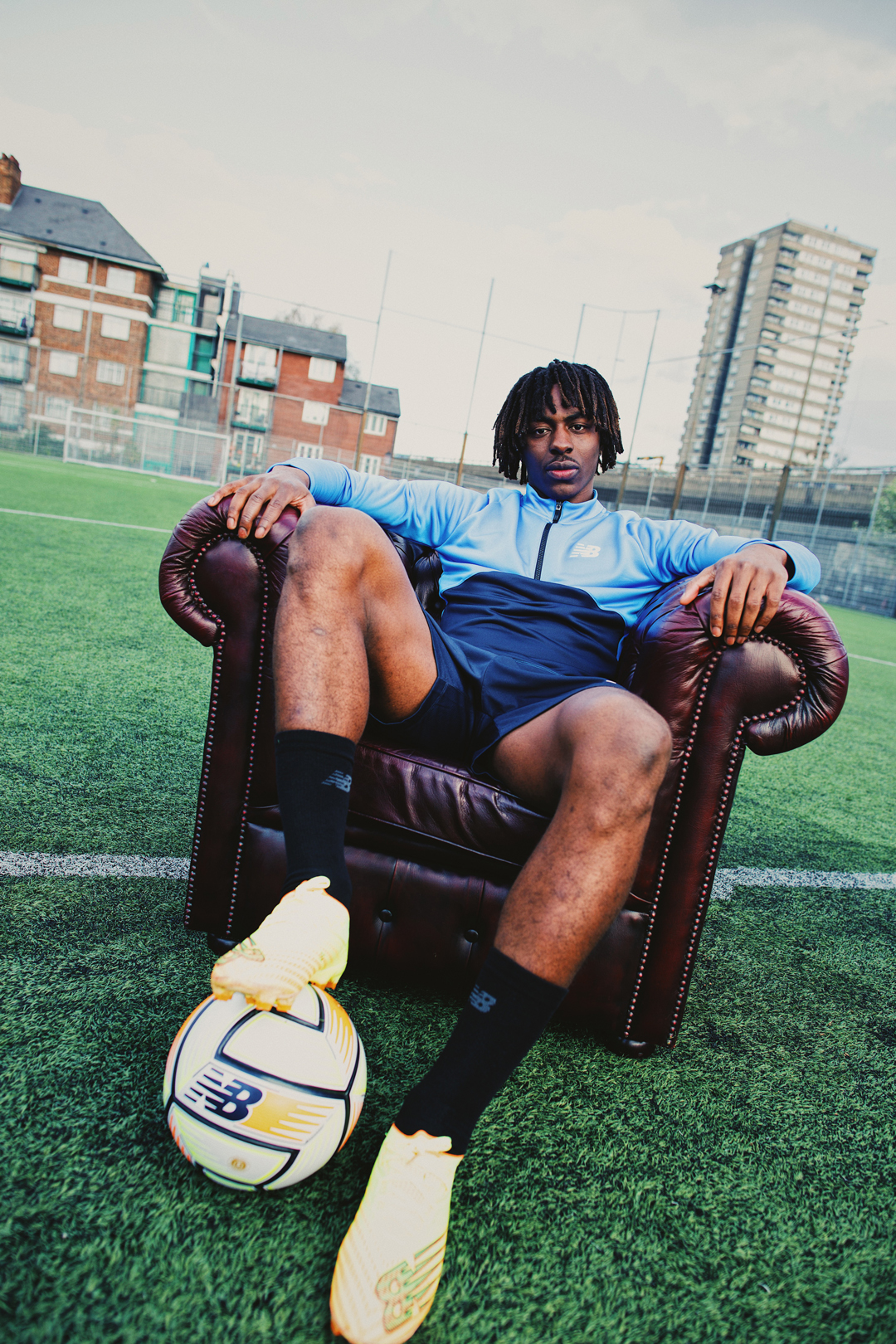 To be in a position where I’m wanted by a brand like that has flipped the script on all the times when I was begging for a club to take a chance on me. My family are still trying to get their head around the fact I get sent boots! The Eze family part of New Balance?! For my parents, this isn’t a normal thing. What’s more special is I feel like I’m here for a purpose.

I know my story is one of resilience, of never giving up, of working even harder when your back is against the wall. It’s a message that applies to every individual, in every walk of life. I know NB will help me share that with the world.

At times I should have taken a step back. I shouldn’t have been so concerned with the things out of my control. The only things in our control is focus and effort and if you keep that at the front of your mind, success will follow.

“Put all your energy into the one reason that drives you every single day.”

Having control comes from self belief. That’s the most important quality you need to have on your own journey. If you can master your own mentality and know when to push – but also when to pull – you’ll have knocked out 90% of the problems you’ll ever face.

Football – and life – is all about decisions. If you are confident and believe in your own ability, you’ll make your decisions and act upon them with conviction. It’s only when you doubt yourself you’ll find problems. There’s always a million reasons not to do something – so block that out. Put all your energy into the one reason that drives you every single day.