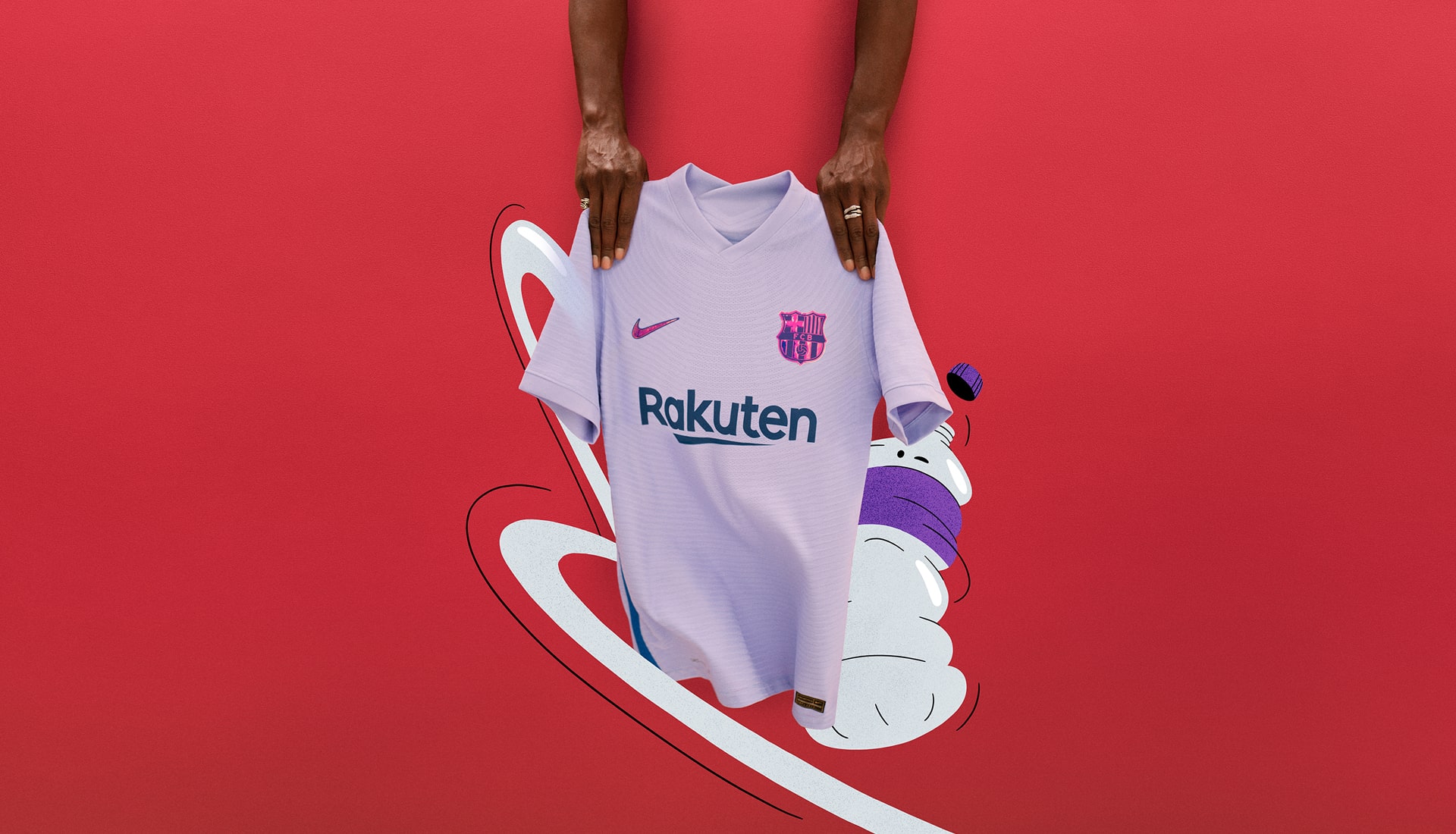 Nike have just dropped off FC Barcelona’s 21/22 Away jersey, a kit that brings forward a reimagined colour palette that blend the club’s iconic blue and red together to create a striking new strip for the road.

A vibrant purple gives a beautiful, modernised and pastel look for an away kit like never before – inspired by the dynamic, creative and outspoken youth who are the pulse of the city and the 50th anniversary of the Barcelona Women’s side.

The terms ‘tots units fem força’ and ‘totes unides fem força’ – which translate to ‘together stronger’ both in female and male verbal forms – are embossed exemplifying the unity within the city. This new design sends a message in favour of women’s empowerment as it opts for purple – a colour born of the fusion of blue and red and with which the struggle for gender equality is popularly represented.

The new kit is also presented under the ‘MORE THAN’ campaign highlighting Barça as a unique sports entity around the world and fully committed to women’s football and the role of women in sport.

“I think our younger fans are going to love it, it’s so fresh and different from anything I’ve ever seen,” says Aitana Bonmati. “In every look, you find more intricate details and it’s the perfect uniform for representing this amazing club with its rich history.”

The kit’s crest is also monochromatic, meaning with every look provides a different colour depending on the angle it’s looked at. There’s also a multicolour rainbow thread hidden within the shirt, mirroring the badge’s aesthetic, and completed in Senyera colours on the neckline to match the modern, all-purple uniform. As with all Nike’s jerseys this season, the kit is made from 100% recycled plastics.

The 21/22 FC Barcelona Away kit will be available to Nike Members from July 15 from nike.com and on full retail from July 20. 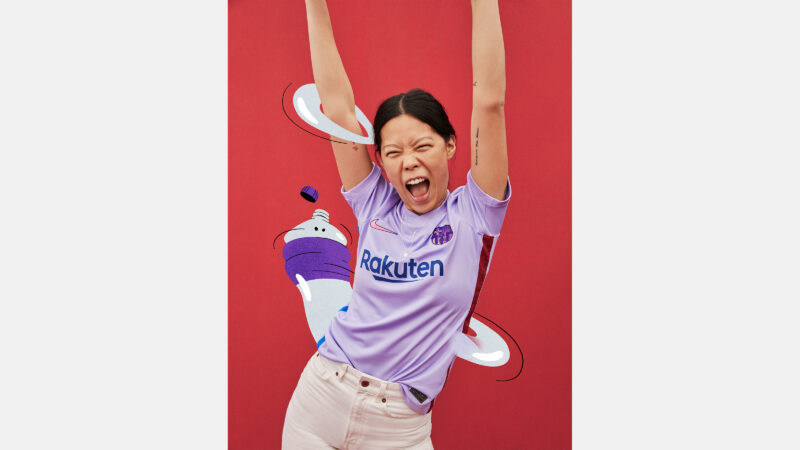 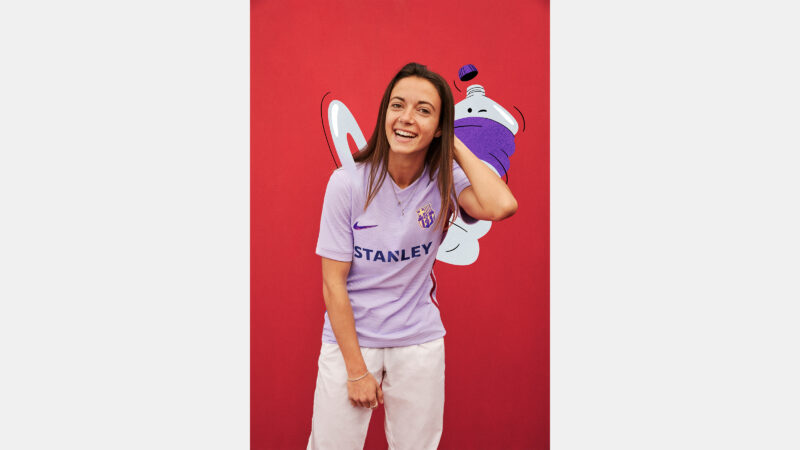 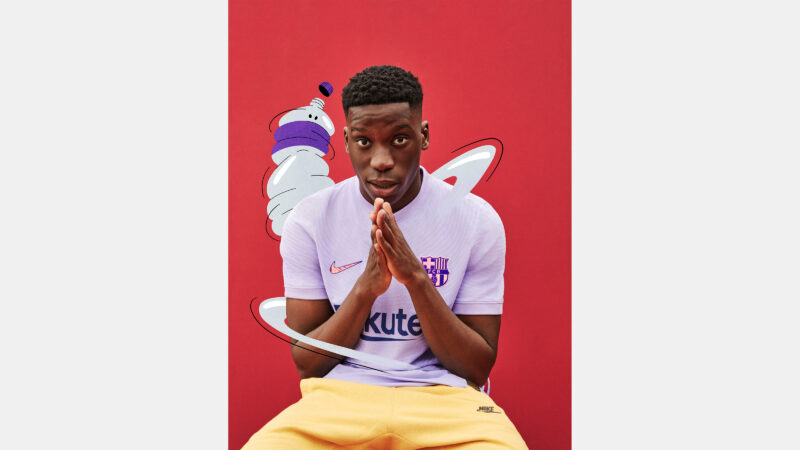