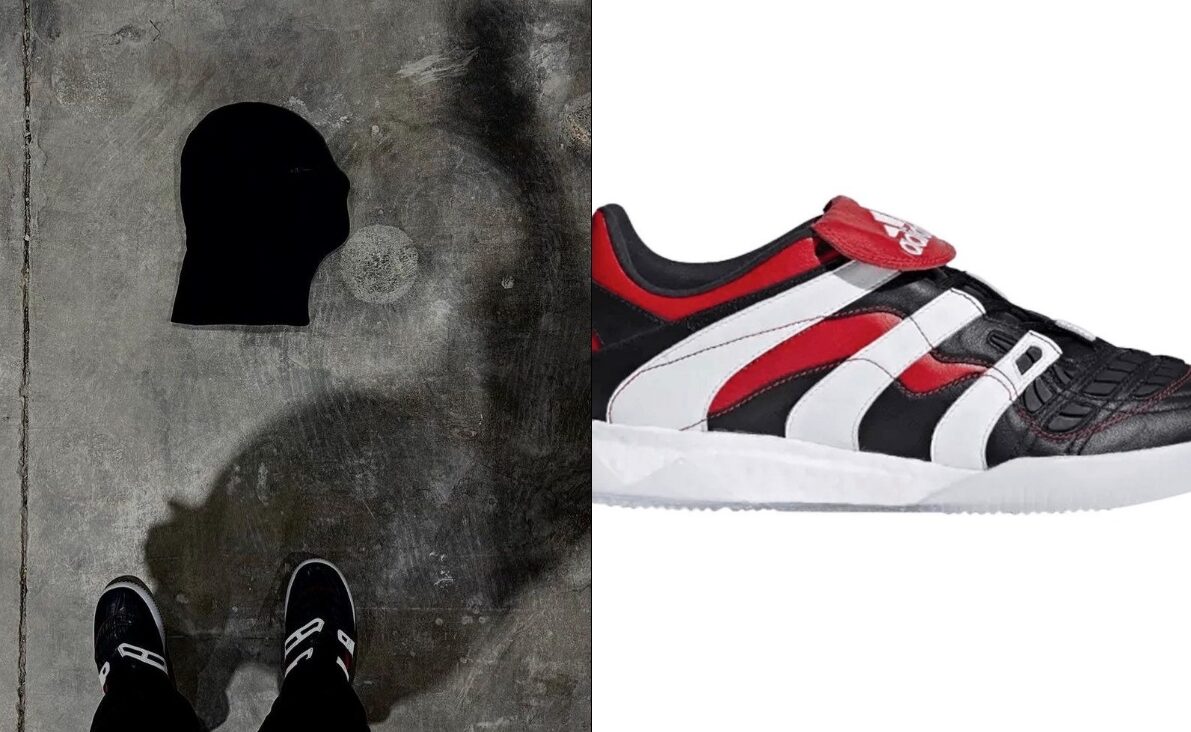 It appears as if Kanye West is on the bandwagon for the long-awaited jeans and astros remontada after posting up a picture of him donning adidas Predator Accelerators while in the process of putting the finishing touches to his highly-anticipated album ‘DONDA’.

Fresh from firing back shots at Drake on his Instagram, Kanye posted a picture of him wearing the silhouette in his studio in LA with a picture of a mask on the floor – indicating he’s now at the mask off, preds on stage of album mode ahead of the LP’s release.

Kanye’s post was reposted on the adidas Football Instagram – who included a Predator gif to confirm he was donning the silhouette.

This isn’t the first time Kanye has been embracing football while putting in the work on his delayed forthcoming 10th album ‘DONDA’. His first ‘DONDA’ listening party went down at Atlanta United’s Mercedes-Benz arena, with Ye so inspired by the event that he decided to take temporary residence inside the stadium after the event party – even posting videos of him walking around the concourse with Atlanta United fans.

It’s also worth noting that Kanye currently only follows Kim Kardashian and Balenciaga on Instagram. With Balenciaga artistic director Demna Gvasalia the creative director for the second DONDA listening party and a fellow enthusiast for a football reference in fashion, Gvasalia’s influence could have been rubbing of on Ye’s sartorial choices beyond that spiky Siberian bear-hunting suit.

While a wider collaboration between Kanye and adidas Football is still yet to be confirmed, a Yeezy Football range following the success of Pharrell’s Human Made x Football collection last year would make a lot of sense for The Three Stripes going forward.