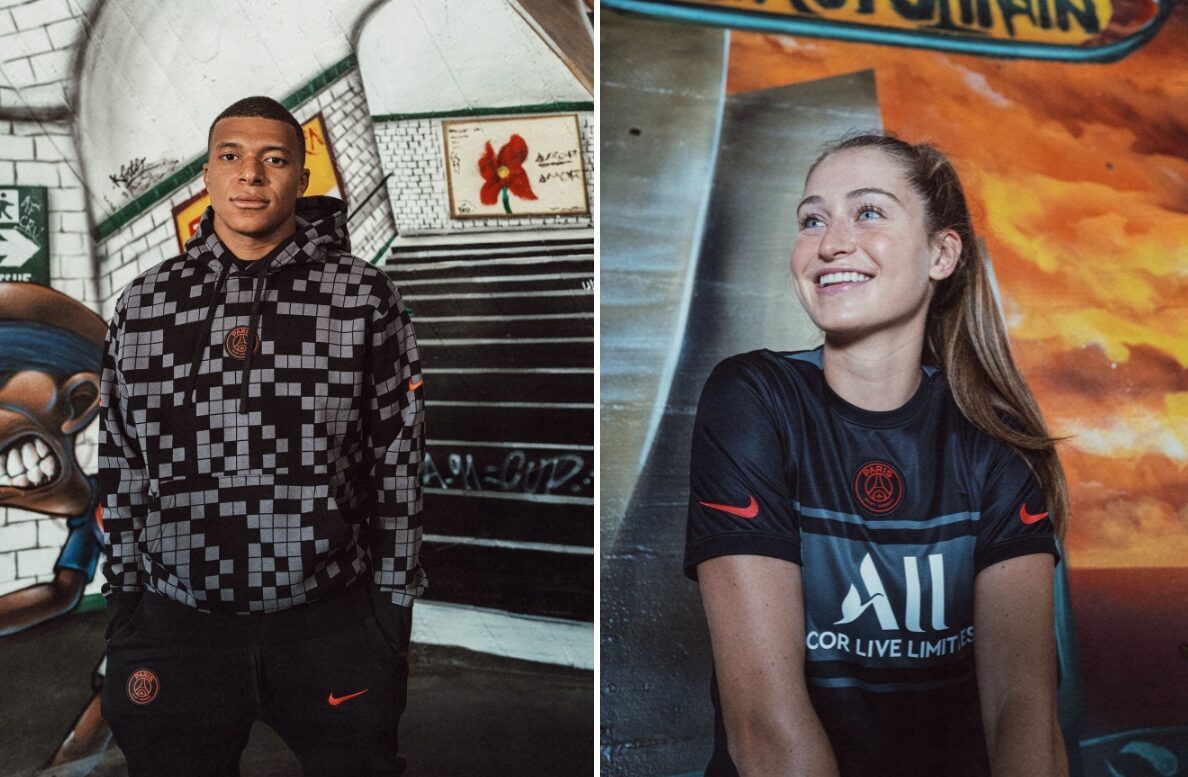 Nike have just dropped off Paris Saint-Germain’s murdered-out third kit collection for the 2021/22 season, with the black strip paying homage to the club’s elite roster of talent for the new campaign.

Tthe Third collection arrives in a black and grey colourway inspired by the shirts that the club has lit the world up in since the 1990s. Several items of the collection pay tribute to the supporters by using Paris area postcode numbers. (77, 91, 92, 93, 94, 95).

Because its colours are so restrained, the 21/22 Third strip is the perfect backdrop to highlight the exploits of the PSG’s all-star squad, with the kit set to be donned by the Messi, Neymar and Mbappe in their highly-anticipated Champions League matches this campaign.

Two swooshes adorn each of the sleeves of the 21/22 Third kit, representing Paris and Paname. The PSG emblem lands in electric red in the centre of the shirt to light up the strip. The jerseys are made from 100% recycled polyester which comes from plastic bottles to reduce the carbon footprint of manufacturing.

The corresponding Third collection is also looking just as certified, with Kylian Mbappé, Neymar, Marie Katoto and more flexing the club’s highly-anticipated lifestyle range. Amongst the pieces on display are a checkerboard hoody and track jacket, an all-grey dress and clean black hoodie with regal red accents. 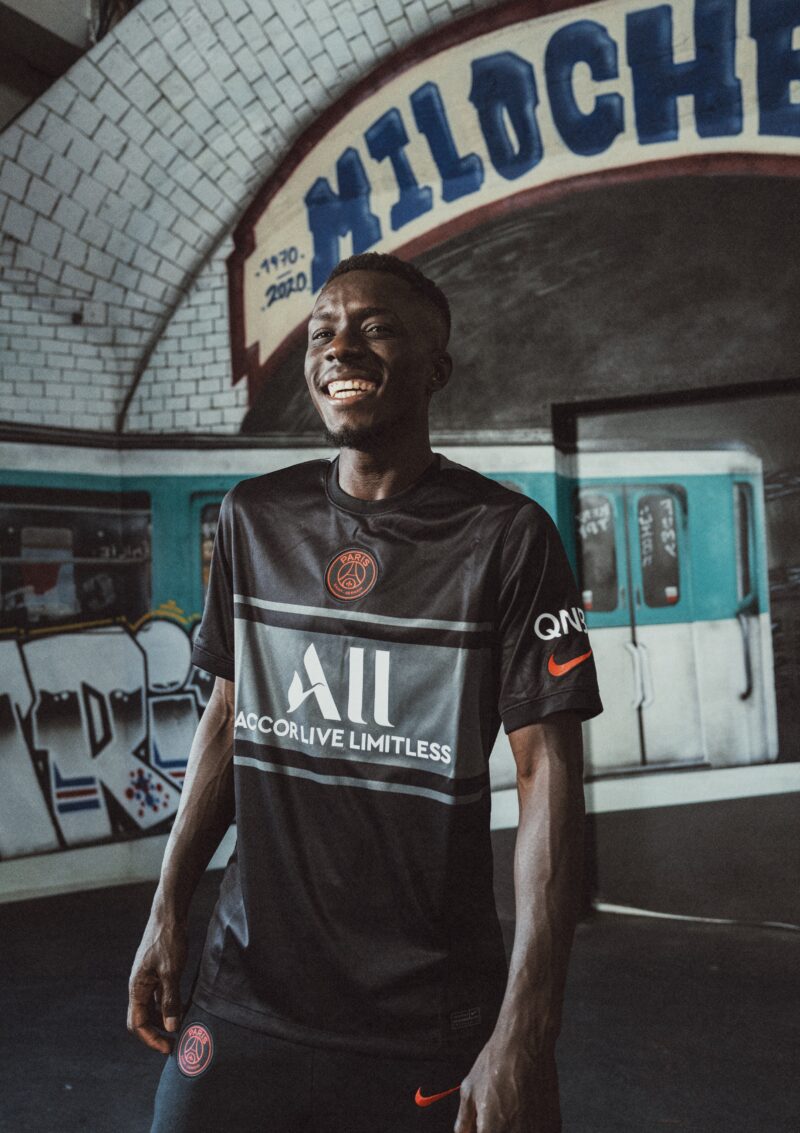 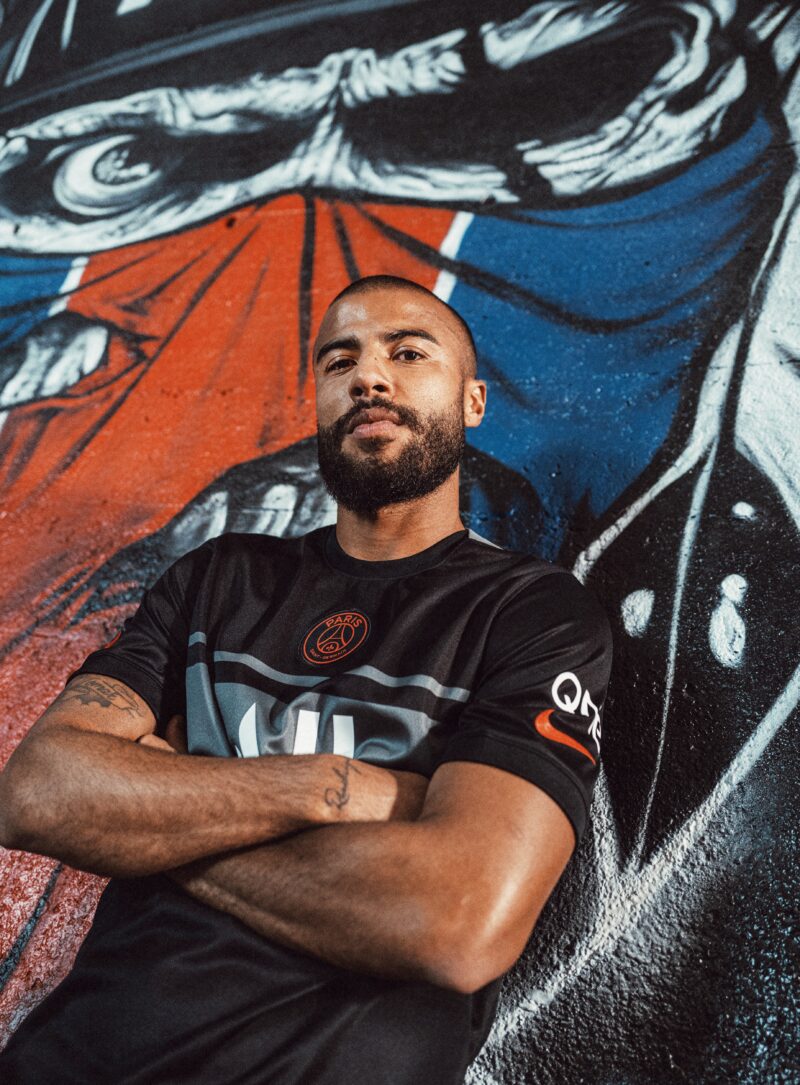 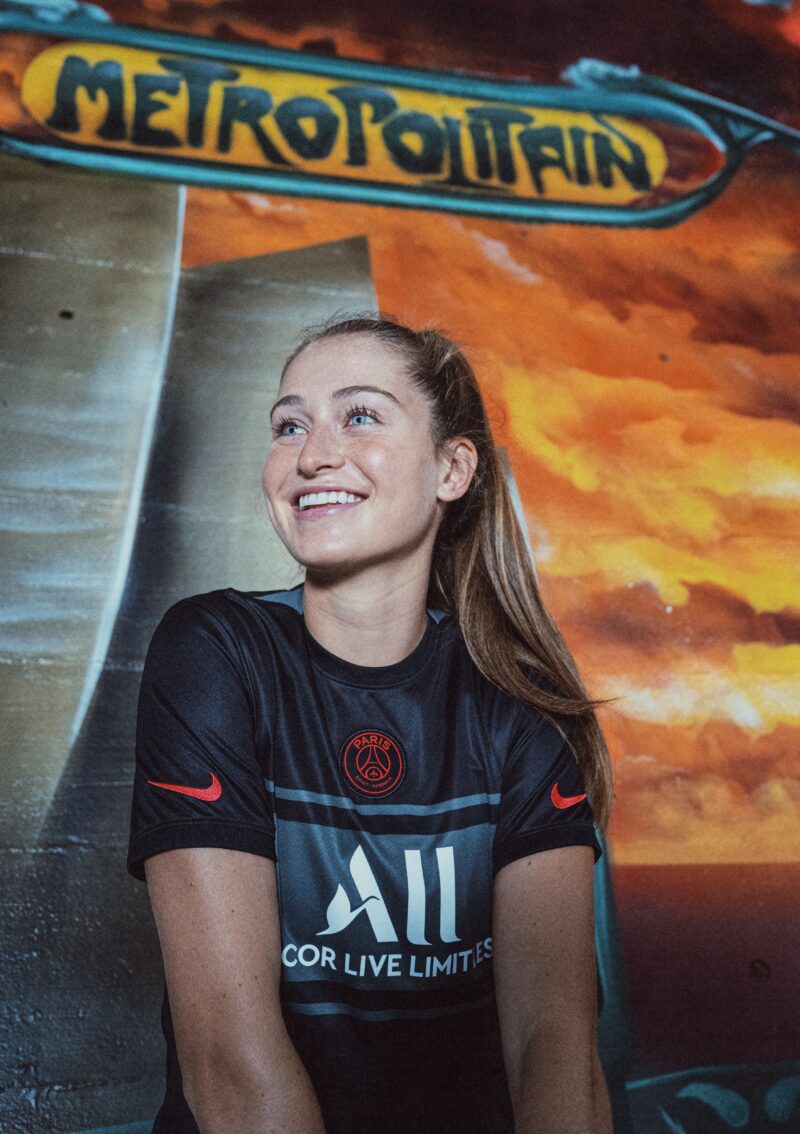 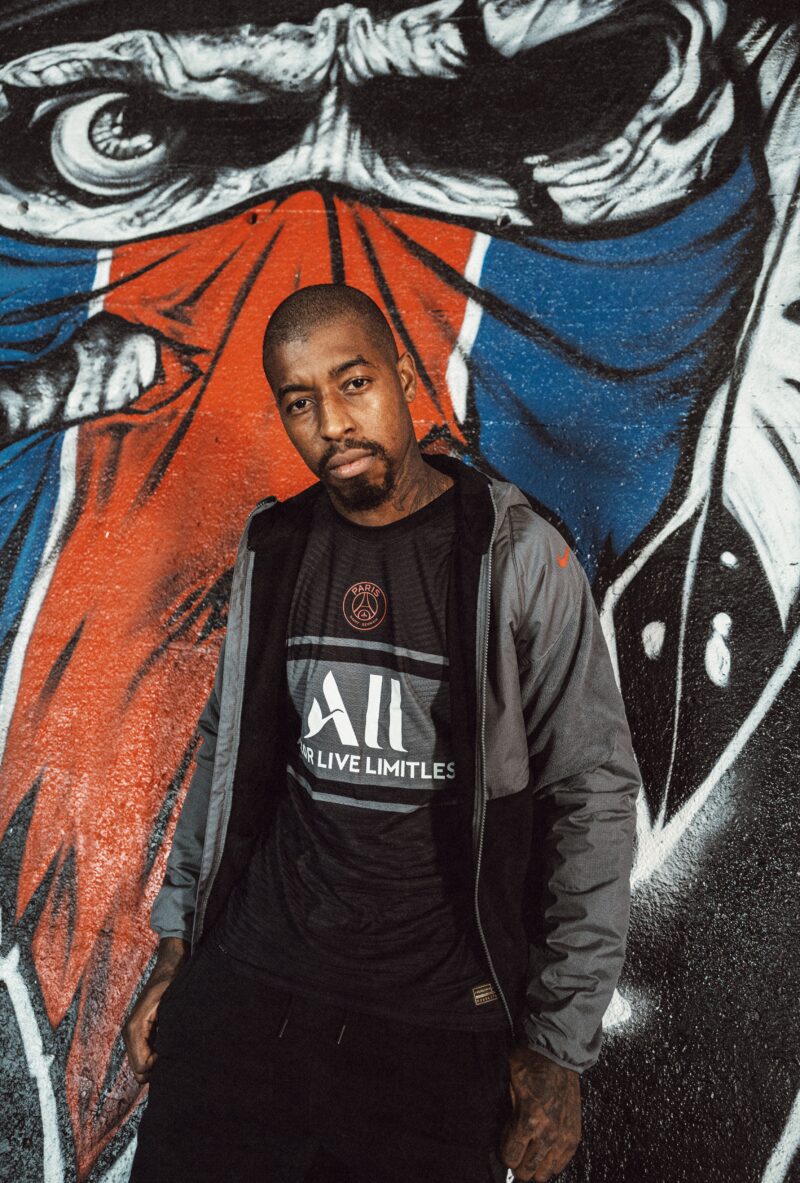 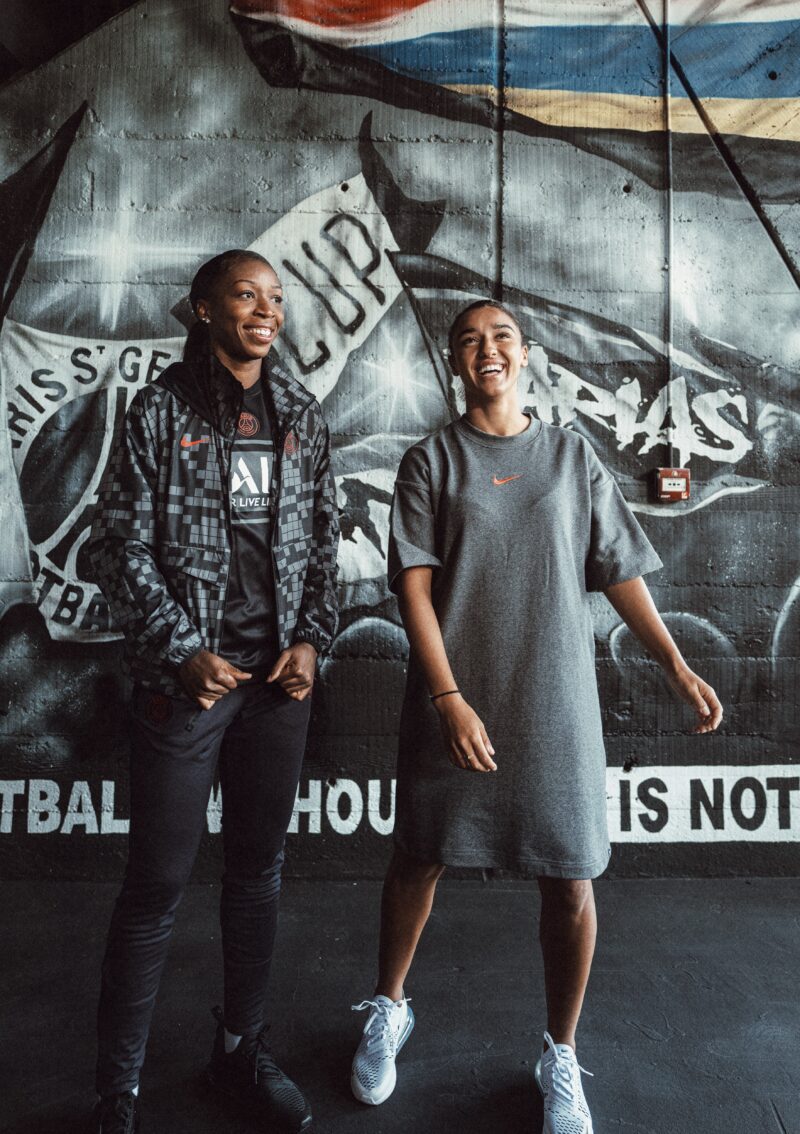 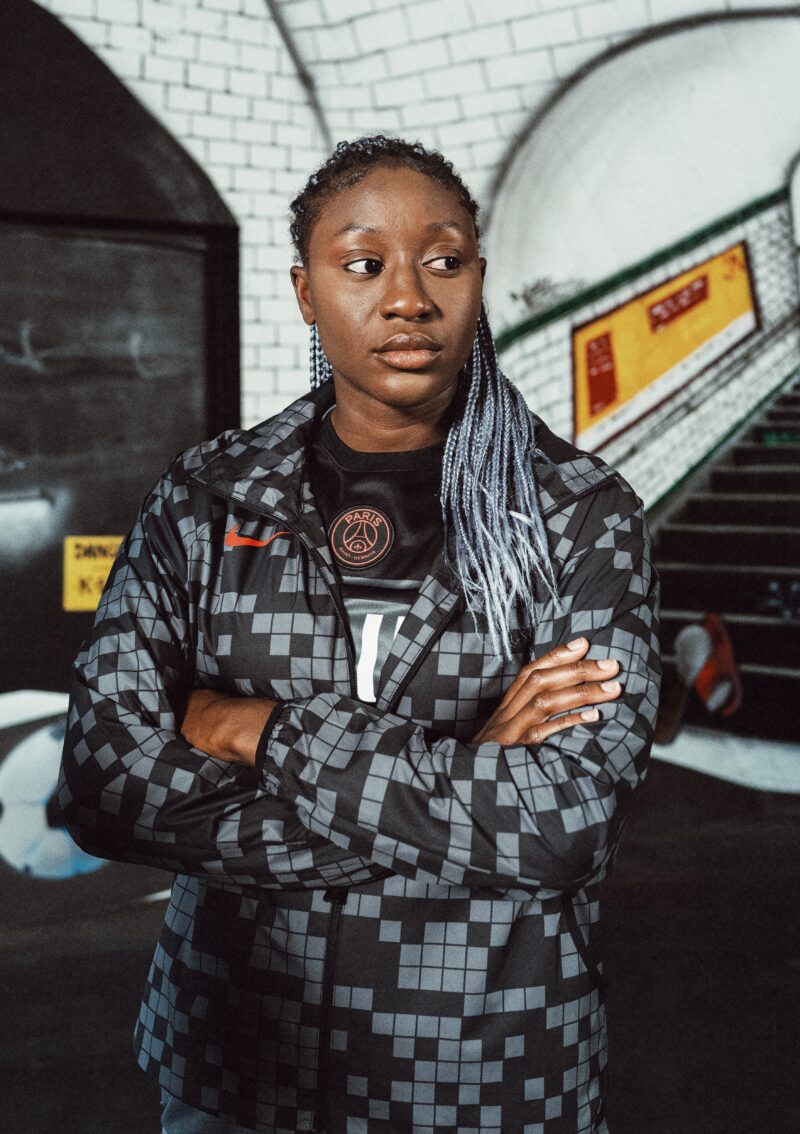 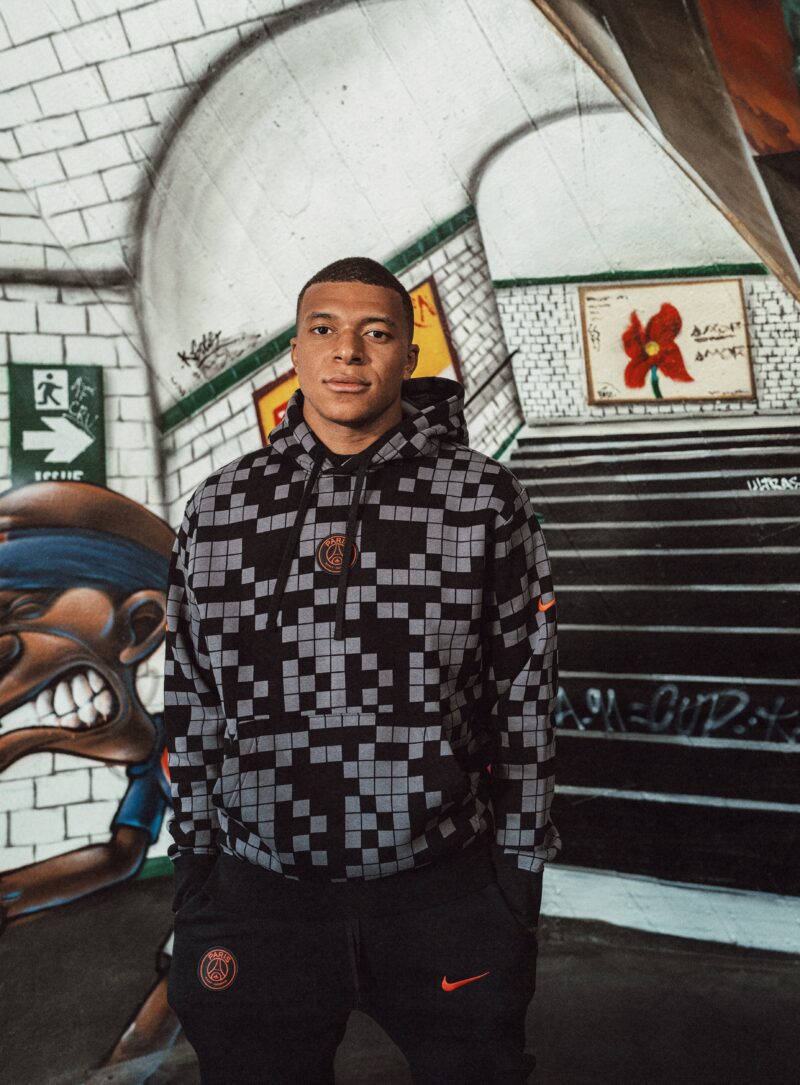 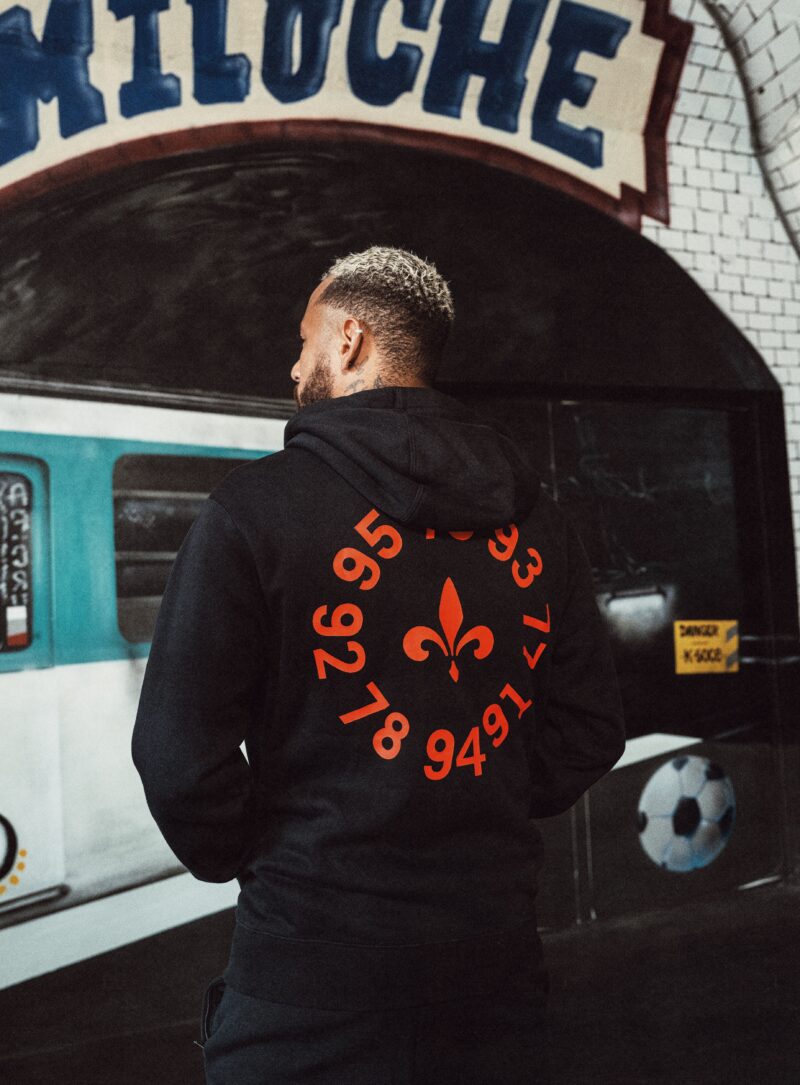