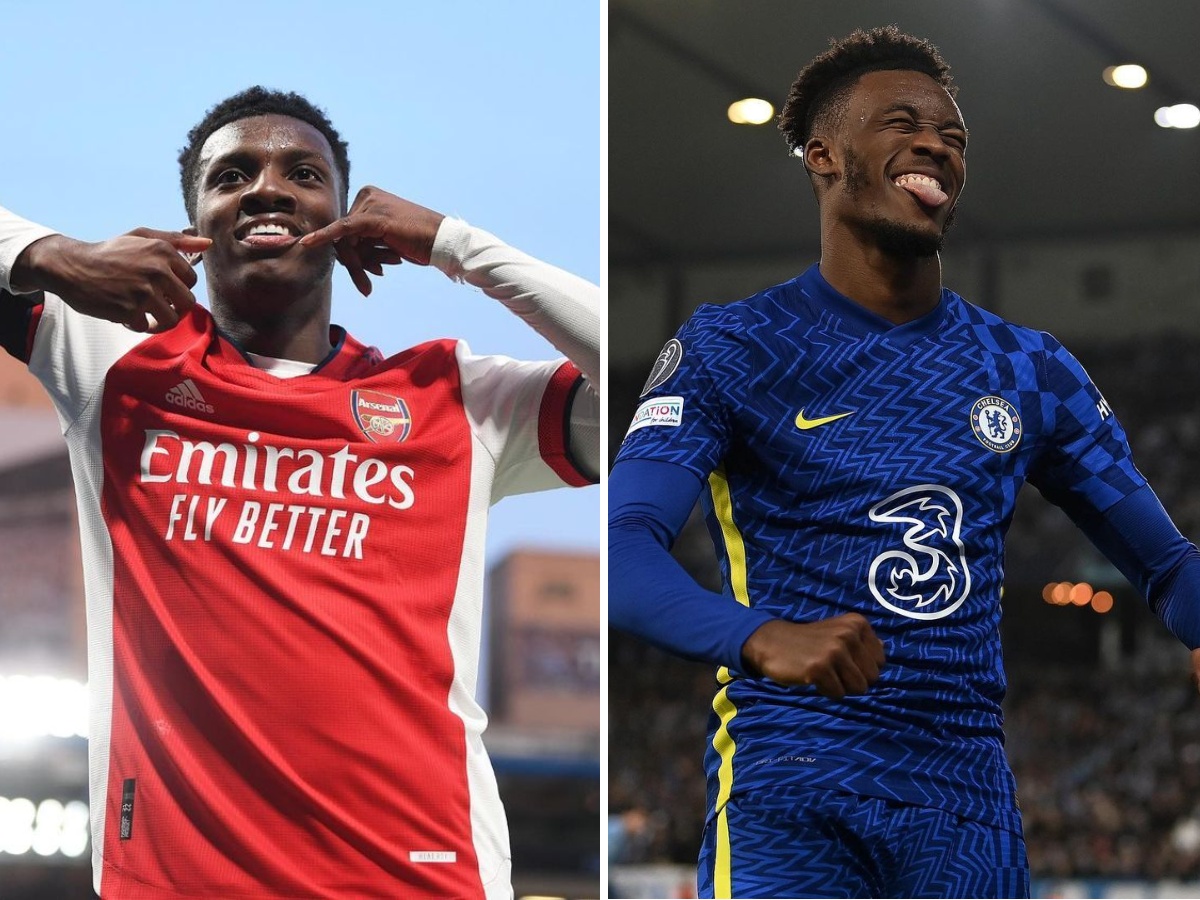 Eddie Nketiah and Callum Hudson-Odoi are reportedly set to declare their international allegiances to Ghana.

According to a report by football.london, Nketiah has now been granted a Ghanaian passport, with fellow former England Under-21 international and Chelsea baller Callum Hudson-Odoi key to convincing him to represent The Black Stars.

Bang in form up front for The Gunners at the minute with four goals in his last four games, Nketiah is also England Under-21s’ record goalscorer with 16 goals. But despite his hit rate at youth level, Nketiah has never balled out competitively for the Three Lions – making him still eligible to play for Ghana.

Hudson-Odoi has featured in an England friendly against the Czech Republic at the age of 18, but hasn’t made a competitive appearance for England under Gareth Southgate.

The duo are now reportedly set to switch allegiances together ahead of a big year for Ghanaian football, with the team set to compete in the Qatar World Cup in November.

It appears as if Eddie and Calteck have heeded VERSUS writer Mayowa Quadri’s advice and decided to become the latest players to link up with Diaspora FC.