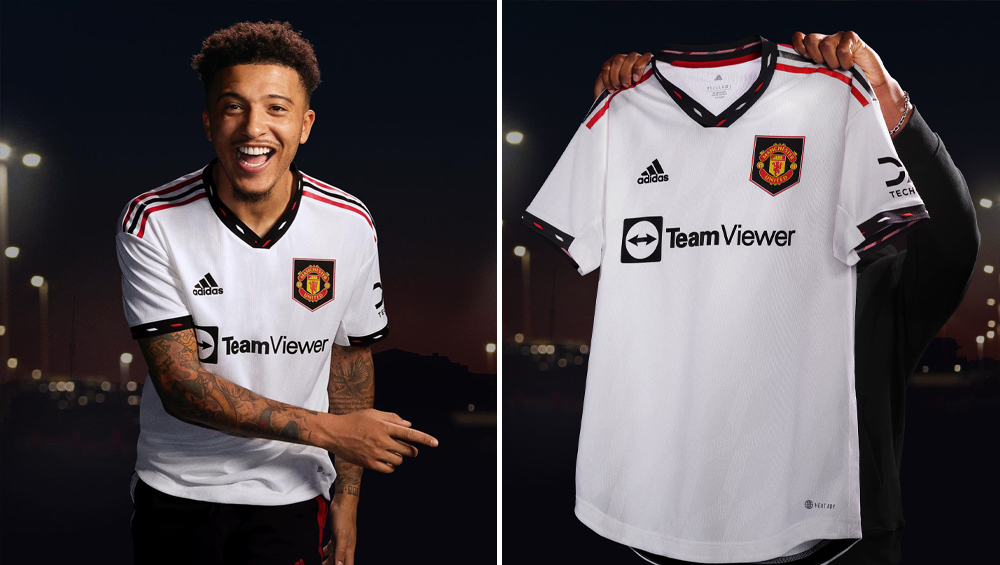 adidas and Manchester United have just dropped the Red Devils’ away shirt for the 22/23 season, taking inspiration from both the club’s history and philosophy of youth, courage, and success.

Delving into the 90s, United’s history and DNA is the message here: with the classic combination of white, red, and black paying homage to away shirts of previous years – 1997/99 being a stand-out example.

However, there are some new introductions, namely the use of two-tone black and red three-stripe details that feature across the shoulders.

The fabric of the jersey also adopts a subtle helix pattern, reflecting the Red Devil’s rich association with an established DNA: youth, courage, and success.

An engineered collar and cuffed sleeves further bring this year’s releases towards the ’90s, an era of dynasty for the United, and a running theme with the club’s releases this season.

The away is made with 100% PRIMEGREEN recycled materials, using adidas’ temperature regulation innovation, HEAT.RDY, designed to keep players and fans cool, dry, and confident. 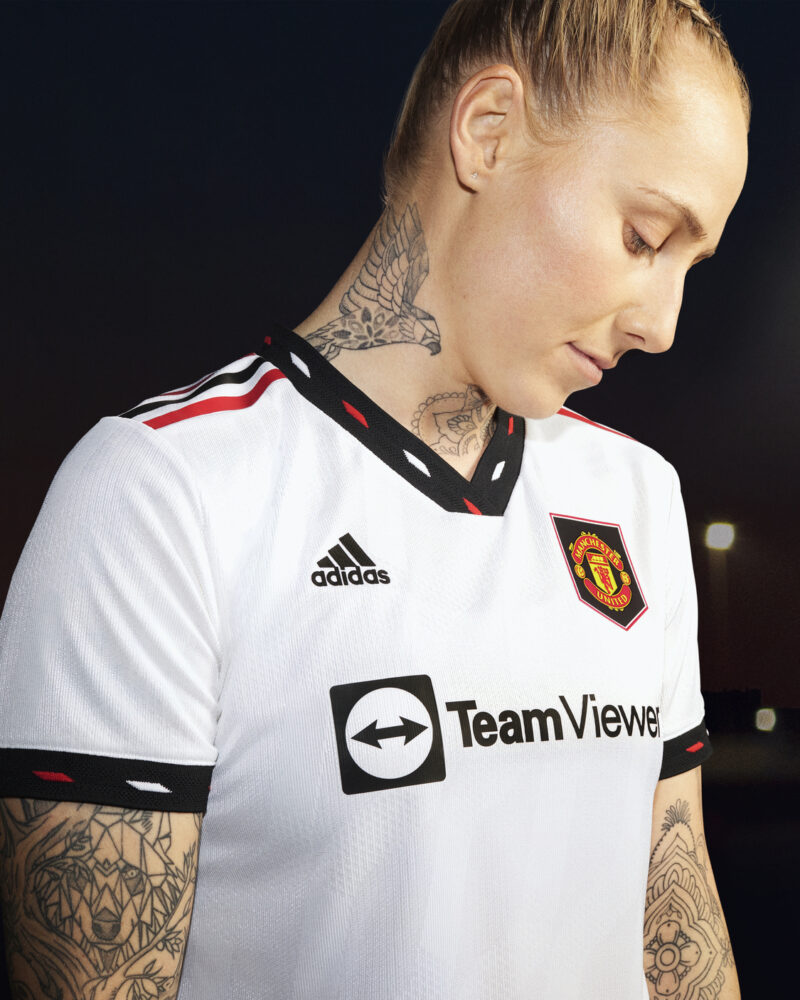 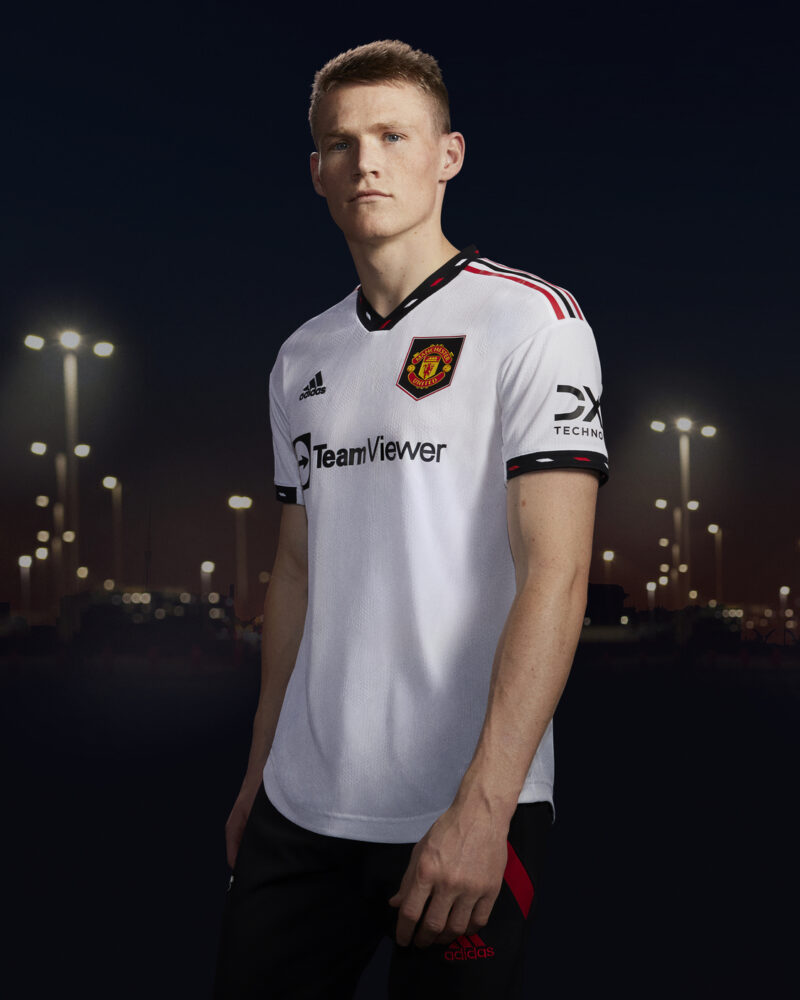 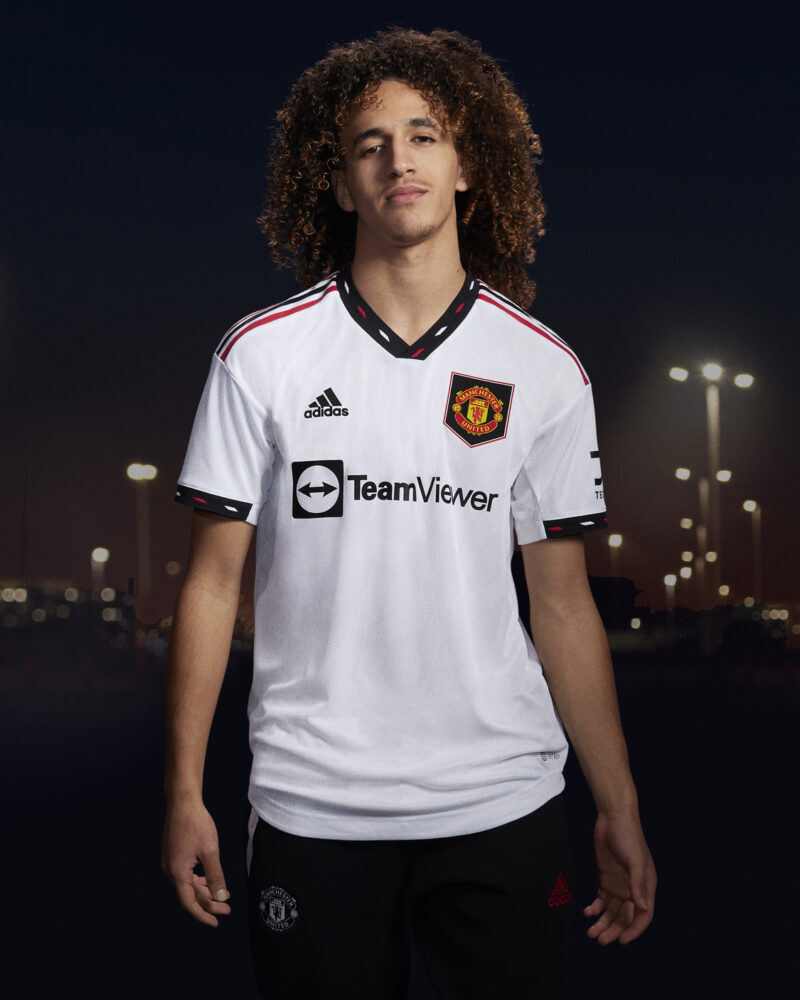 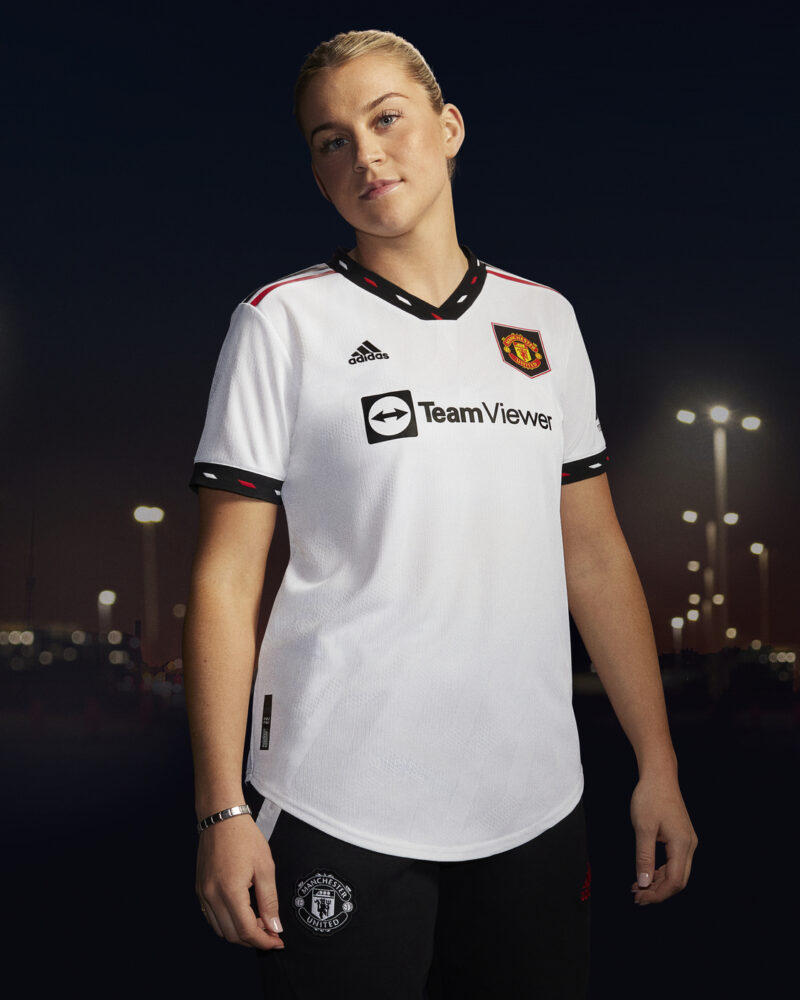 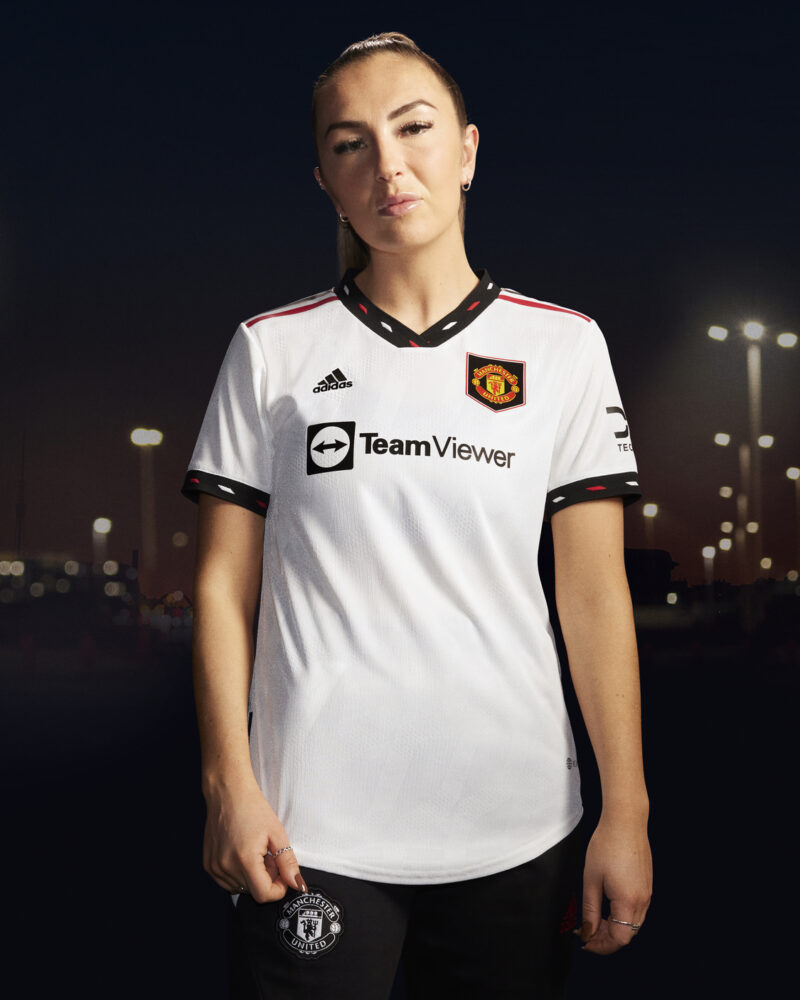