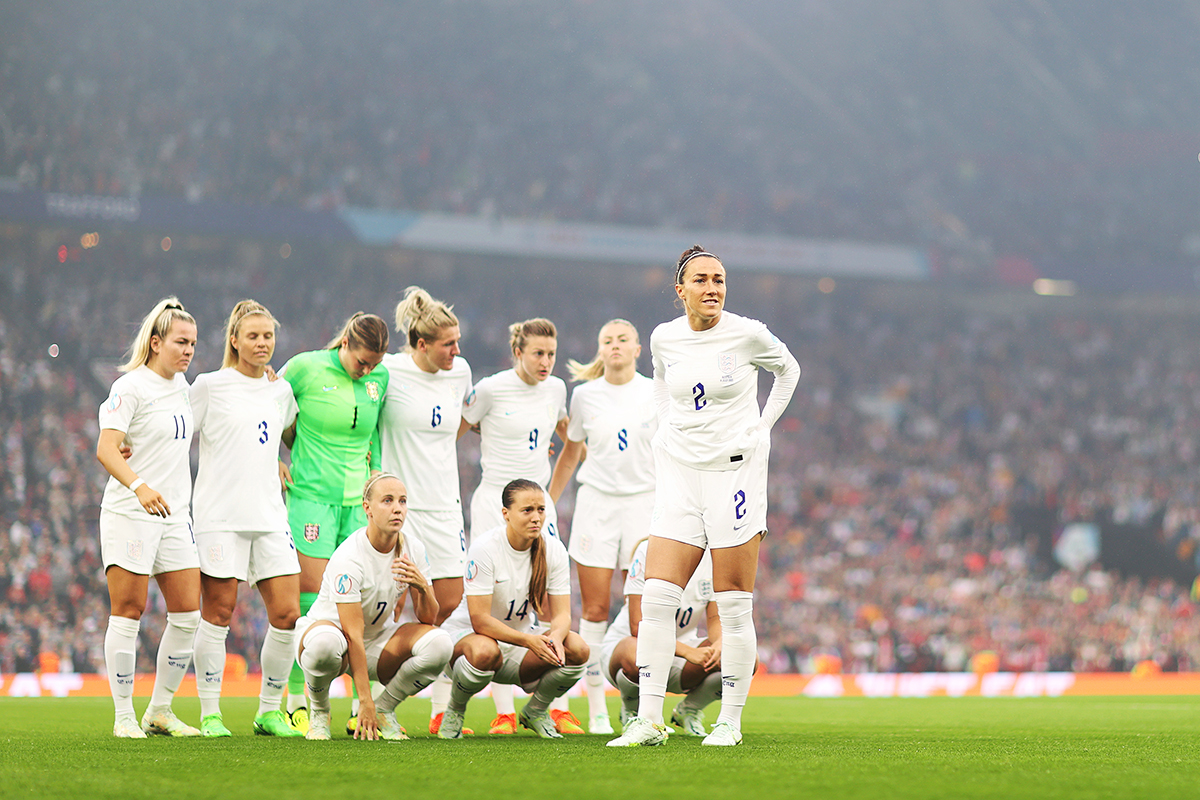 The Lionesses are considering changing the colour of their shorts over growing concerns about having to wear the colour white while on their periods.

The side’s latest home kit sees England women’s shirt and shorts come in bright white and when asked by the Telegraph’s Fiona Tomas about the concern of wearing white shorts, England and Arsenal forward Beth Mead – who scored the only goal in Euro 2022’s opening match – said: “It’s something we’ve fed back to Nike, hopefully they’re going to change that [the colour].

“It’s very nice to have an all-white kit but sometimes it’s not practical when it’s the time of the month. We deal with it as best we can.”

Teammate Georgia Stanway, who was named POTM for her performance at Old Trafford in front of 68,000+ fans, echoed Mead’s anxieties but also explained how this wasn’t necessarily a straightforward ‘fix’.

“It’s difficult, because we associate England with white,” said Stanway. “The home kit is unbelievable, it looks really nice. I think that’s something that we can speak about as a full squad. I think next year there is potentially a colour change. I think it’s hard, because once you’re on the grass, nothing else matters. As soon as the adrenaline comes in, nobody cares. That’s what happens when you’re on the pitch, you forget about everything.” 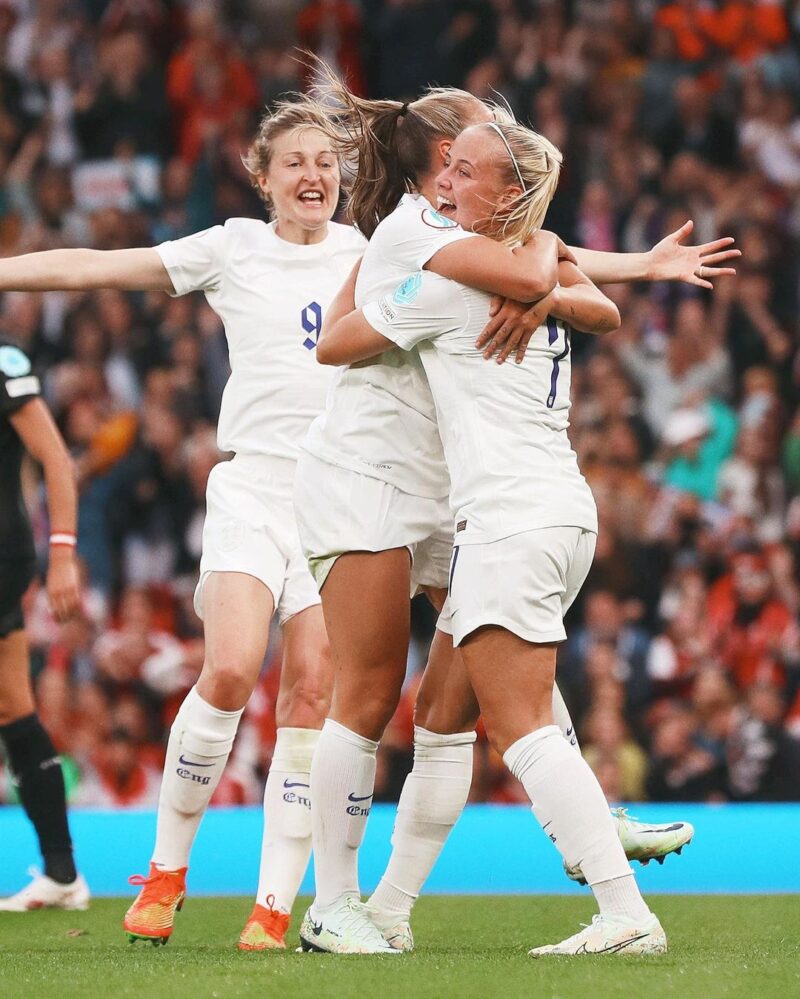 Football isn’t the only sport this week to talk about the challenges elite athletes face when wearing the colour white while menstruating.

Wimbledon came under fire for insisting tennis players should continue to wear white as part of the All England Club’s strict dress code, something women’s players like two-time Wimbledon Doubles Champion Rennae Stubbs have contested.

There is little to no need for elite sportswomen to wear the colour white if it adds another layer of anxiety to their already existing pre-game nerves.

In recent years, clubs such as Chelsea Women have invested in period-specific technology to ensure their athletes perform to the best of their abilities and are properly catered to while menstruating.

There have also been numerous scientific studies into the correlation between women’s football players being on their periods and tearing their ACLs – a common injury that occurs in the women’s game more so than the men’s.

People are beginning to see the benefits of really trying to understand the science behind working with women in sport. Their physiology might be different, but they are still athletes working at the highest level of their game. Decades and an unfathomable amount of money has been spent on understanding men in sport, it should be no different for women.

Having athletes wear a specific colour for the benefit of ‘tradition’ needs to be seriously reconsidered if it means people’s mental health suffers as a result.

The time for change is always now, and big props to the likes of Mead and Stanway for openly discussing what has formerly been a very taboo topic in sport.