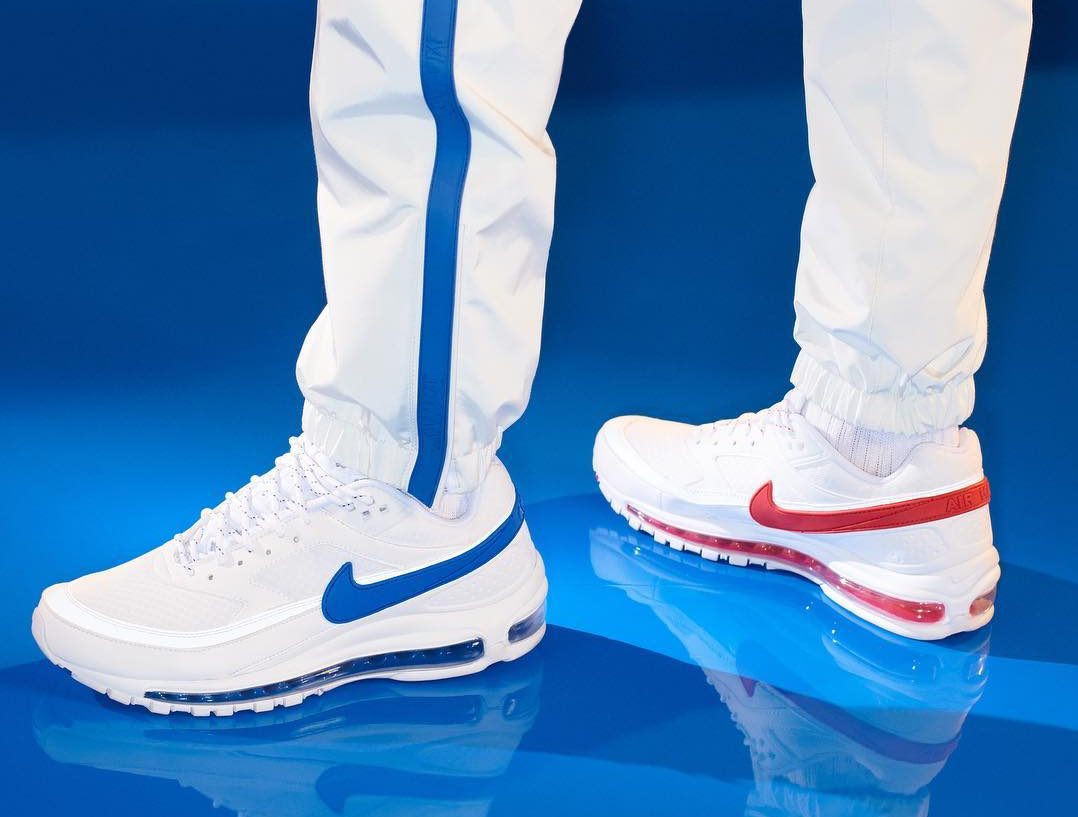 The grime don took to his Instagram to announce that the new hybrid Air Max 97 will be dropping on the 18th May.

The sneakers feature an all-over “Summit White” upper with alternate colours on the Swoosh and Air Unit, with the right shoe accented in “Red” and the left in “Cobalt Blue.” The hybrid silhouette’s upper features the Air Classic BW alongside the full-length Air Unit of the 97 model.

No one connects grime’s underground past with its relatively recent emergence as a powerful commercial force like Skepta – take a read of our pick of Skepta’s 10 best tracks.