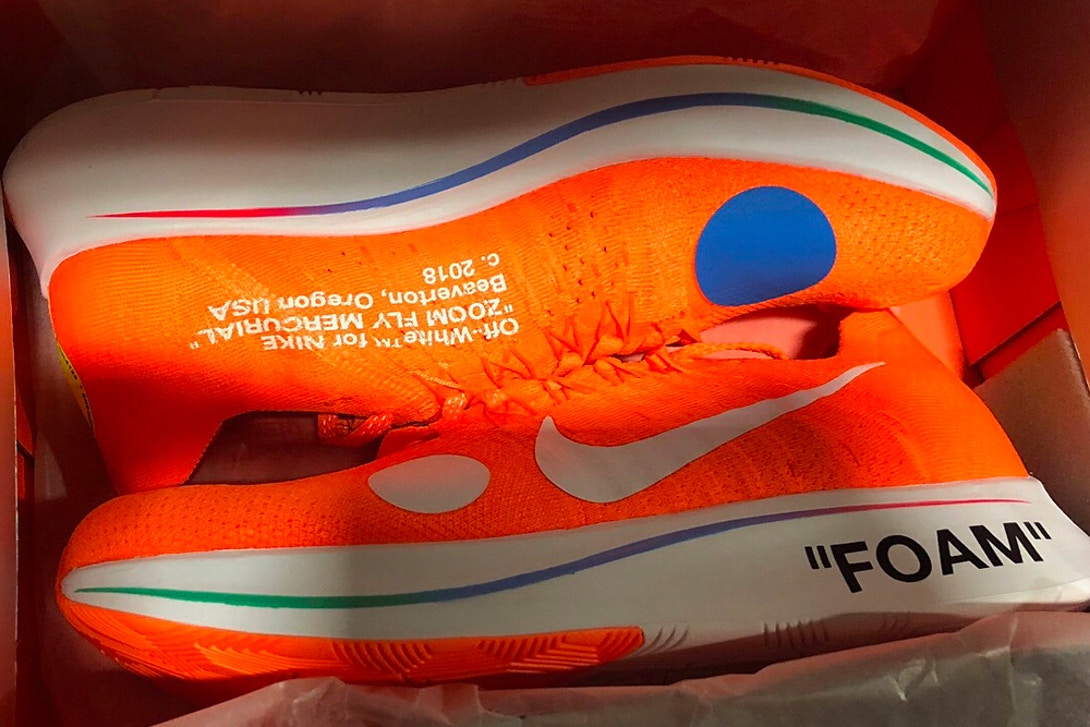 Continuing his extensive football-themed roll-out with the Swoosh brand after also having produced an Off-White football shirt launched by Kylian Mbappe and gifted a pair of Off-White™ x Nike Goalkeeper Mercurial Touch gloves to Joe Hart and Jordan Pickford, Virgil has now decked out Nike’s Zoom Fly silhouette in the same colours as his Mercurial boot.

As leaked by Instagram user @WTS1987, the shoe features the same streamlined body of the Mercurial line, REACT FOAM base with “FOAM” embellished on the lateral side, as well as the same polka dot detailing seen on the Off-White boot. There also appears to be a blacked-out version of the silhouette, as you can see below.