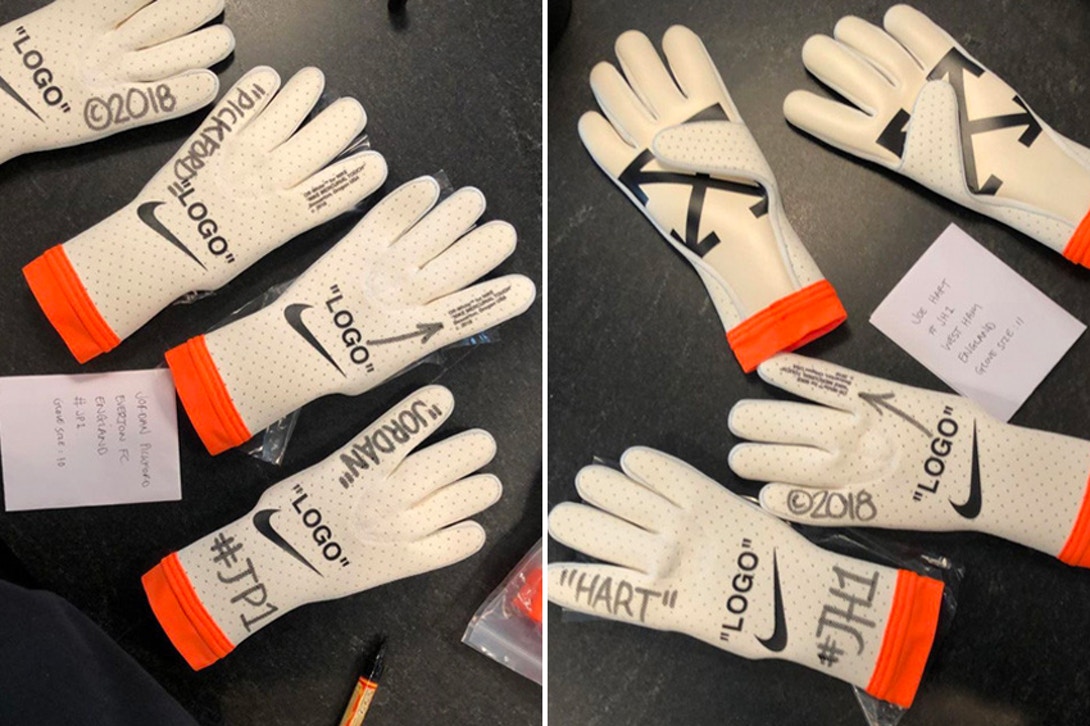 The re-worked model features on Nike’s most innovative goalkeeper glove yet – the Mercurial Touch Elite gloves – which receive Abloh’s signature design elements such as a deconstructed upper, “LOGO” detailing and an Off-White logo on the palms.

The gloves feature both players’ initials and squad number could well be sported by Everton ‘keeper Pickford at the World Cup, where he will likely be given the number 1 shirt whilst Joe Hart, who’s enduring a tough season at West Ham, will probably have to make do with a place on the bench.