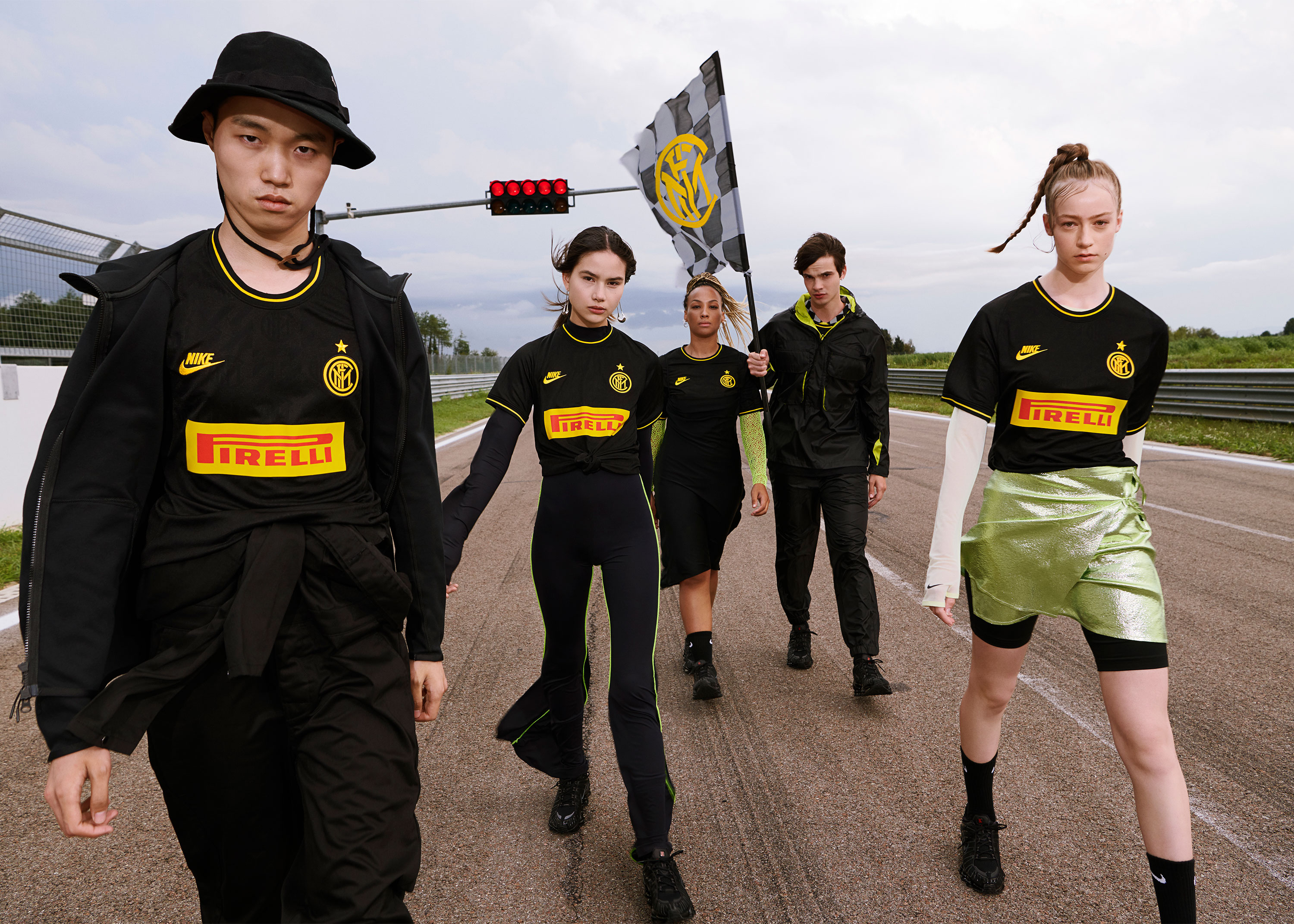 Inter are set to mark their return to the Champions League with a drippy black and yellow third kit for their 2019/20 campaign.

The new shirt pulls together elements of the iconic looks from two seasons in which the Nerazzurri reigned supreme: 1997-98 and 2009-10.

The influence of the ’97-98 kit, worn by none other than R9, is particularly strong with the return of a black silhouette. The shirt is accented with a bright yellow trim and detailing and a clean crew-neck collar, the same style the Nerazzurri donned in ’09-10 when the team won an unprecedented treble.

The design also celebrates Inter’s long-running partnership with iconic shirt sponsor Pirelli, with the tyre company having sponsored Inter since 1995. The classic Nike Futura logo also adds to the 90’s feel, along with an all-over black matte/shine jacquard pattern which sees the club crest and the word “Inter” subtly featured along the fabric.

“Black and yellow is always a winning combination, and Inter’s third kit looks especially dynamic,” says Pete Hoppins, Nike Football Apparel Senior Design Director. “We’ve taken inspiration from two special older kits, kept things on trend with the ’90s themes we are seeing in streetwear at the moment and the result is something that we hope will appeal to all fans.”

Check out the motorsport-themed lookbook of the new third strip below. 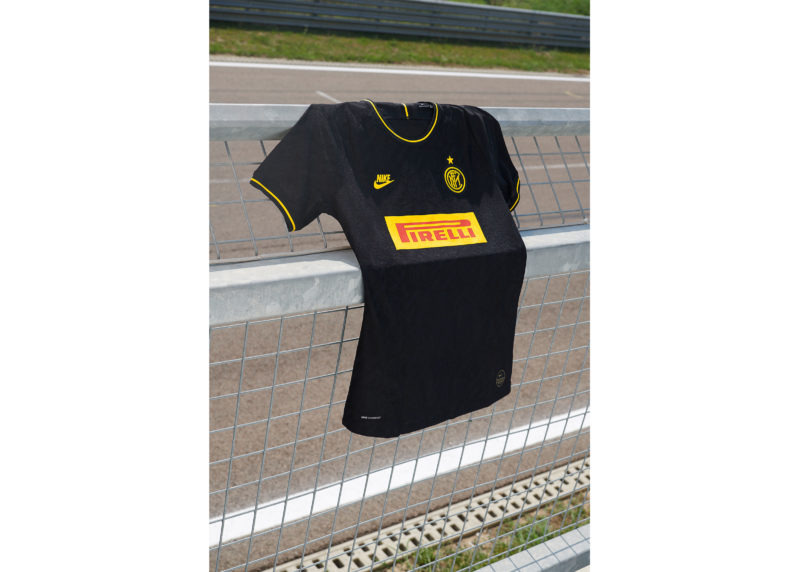 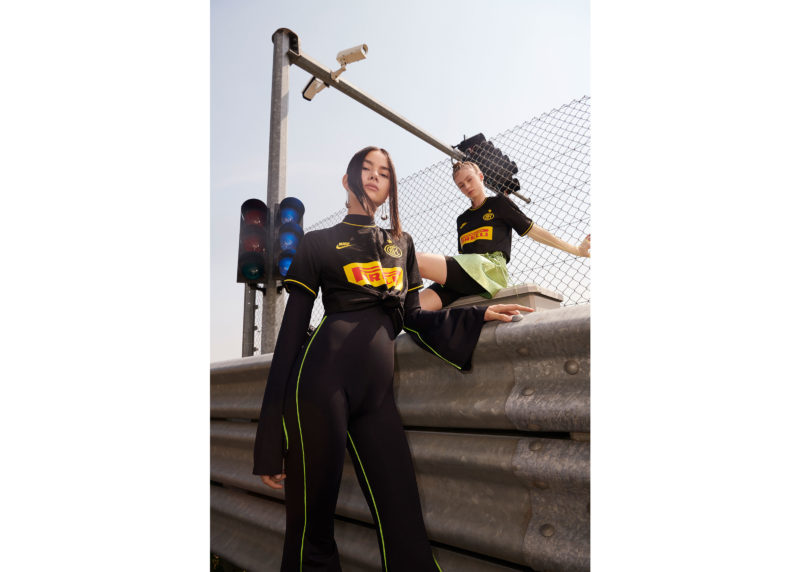 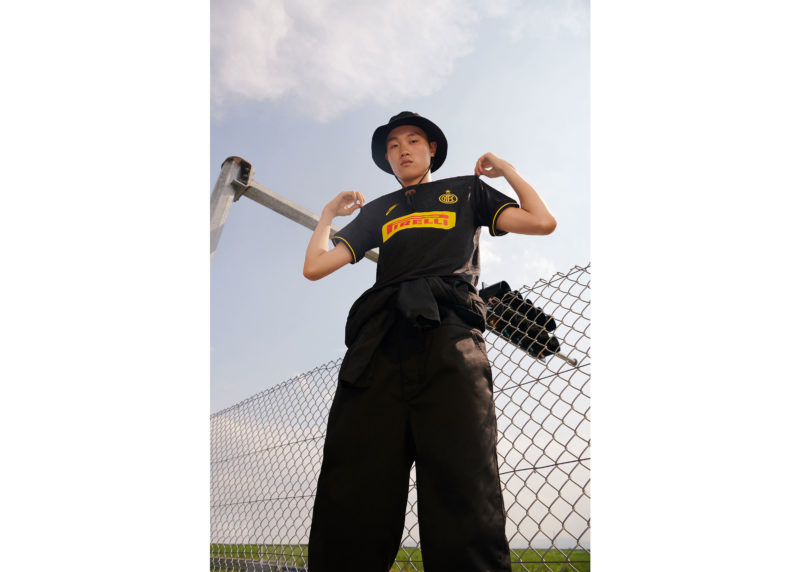 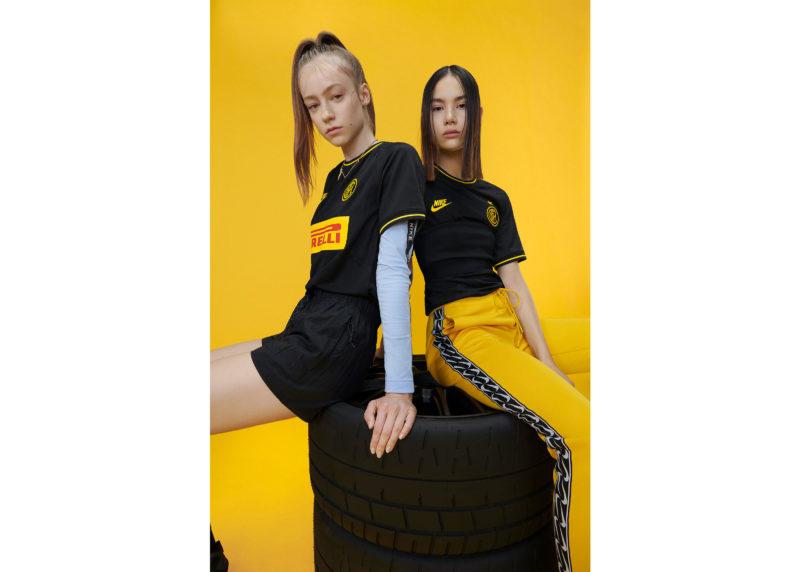 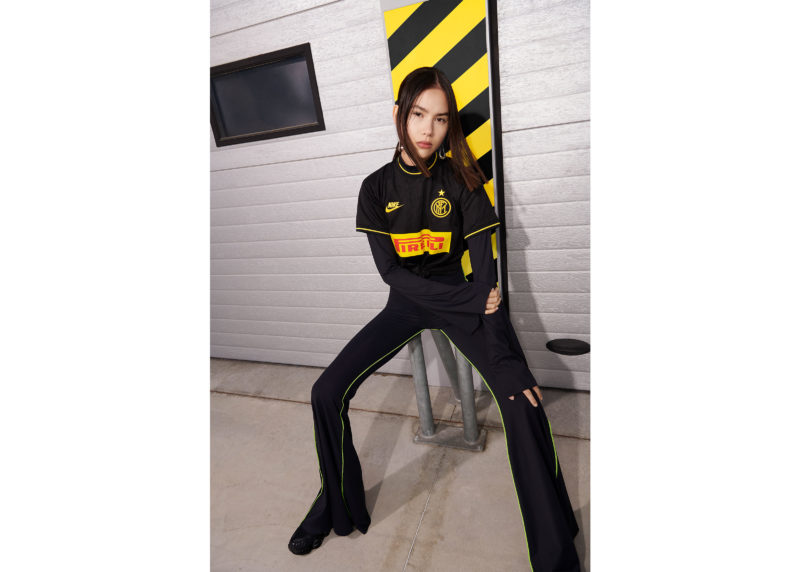 The kit is available to cop now via the Nike webstore.