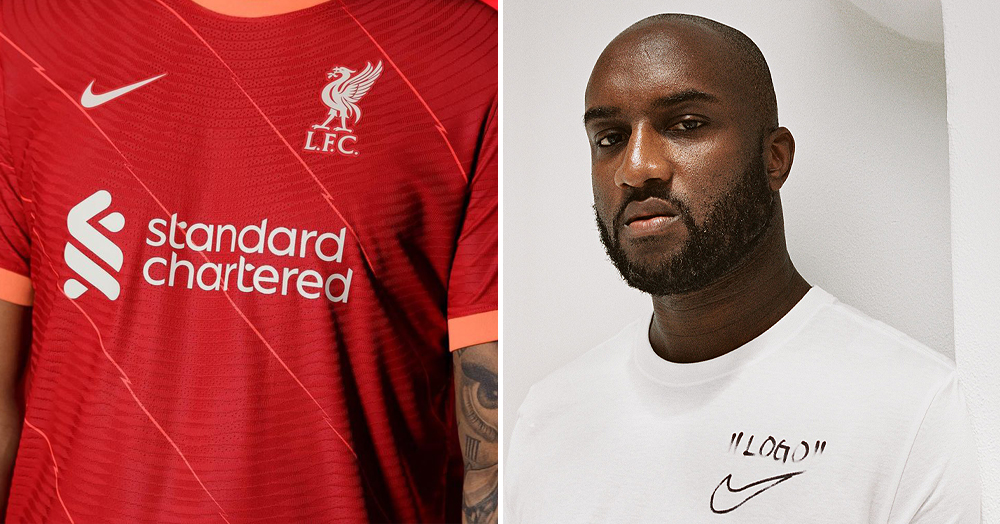 Virgil Abloh has got Liverpool fans dreaming of a Nike x Off-White collaboration on their kit next season.

The artistic director of Louis Vuitton menswear and Off-White founder has hinted that he would be up for working with The Reds on new shirt designs after sharing messages to his Instagram story.

After sharing a post of a new LV polo from the brand’s winter 21/22 collection, a follower DM’d Virgil suggesting the design be used for the Merseyside club’s next home shirt. Virgil responded by sharing the conversation to his IG story saying “He said it. I didn’t even think about it. Liverpool FC, let’s move up the table together.”

The messages follow on from Abloh showing love to Inter last weekend, when he posted up photos of himself donning the club’s 20/21 home jersey, which was reshared by club owner Steven Zhang.

The game is patiently awaiting Virgil’s return to football after he dropped an iconic Off-White x Nike Football collection to celebrate the World Cup in 2018, which featured jerseys, hoodies and Off-White Mercurial boots.

Liverpool have long been rumoured to link up with high profile talent as part of their deal with Nike – with the likes of “global superstar athletes of the caliber of LeBron James, Serena Williams and Drake” cited as names that could potentially support the club’s new releases with the Swoosh.

While LeBron James is now a prominent part of Liverpool’s structure as part of RedBird, Virgil has now thrown his hat into the ring to link up with Liverpool on new designs in a move which would elevate the club’s streetwear credentials to whole new realms.