The role of the full-back has never been as important as it is in the modern game. The best teams in world football have full-backs who are not only solid defensively, but essential in the attacking third and build-up phases of the game.

The likes of Phillip Lahm, Marcelo, and Dani Alves are now rightly lauded for their all-around mastery of the game and have become instrumental players in their respective team’s success.

The next in line to join the legend of those players is David Alaba. Thrust into the spotlight at the age of 16, he was immediately trusted by one of the greatest minds in the game, Pep Guardiola, who immediately saw the potential of the young Austrian’s uncompromising confidence and adaptability.

Having already carved out an enviable career at the age of 25, Alaba’s ascendancy to becoming one of the most dexterous and dangerous full-backs in the game coincided with how the position became an integral part of how title-winning teams operate.

Not only in tune with of the shifting dynamic of his role, David Alaba is part of a rare breed of footballers who are on the cutting edge of both their on-field position and contemporary culture. Whether its flexing in Supreme and Louis Vuitton, hanging out with Drake and Odell Beckham Jr. or designing hats from his own clothing range, Alaba is a footballer whose finger is firmly on the pulse of the popular zeitgeist.

We linked up with adidas for the Bayern Munich 2018/18 Home Kit launch to speak to David about his interests both inside and outside the game ahead of Bayern’s DFB-Pokal final this weekend, where he’s looking to add yet more silverware to his collection. 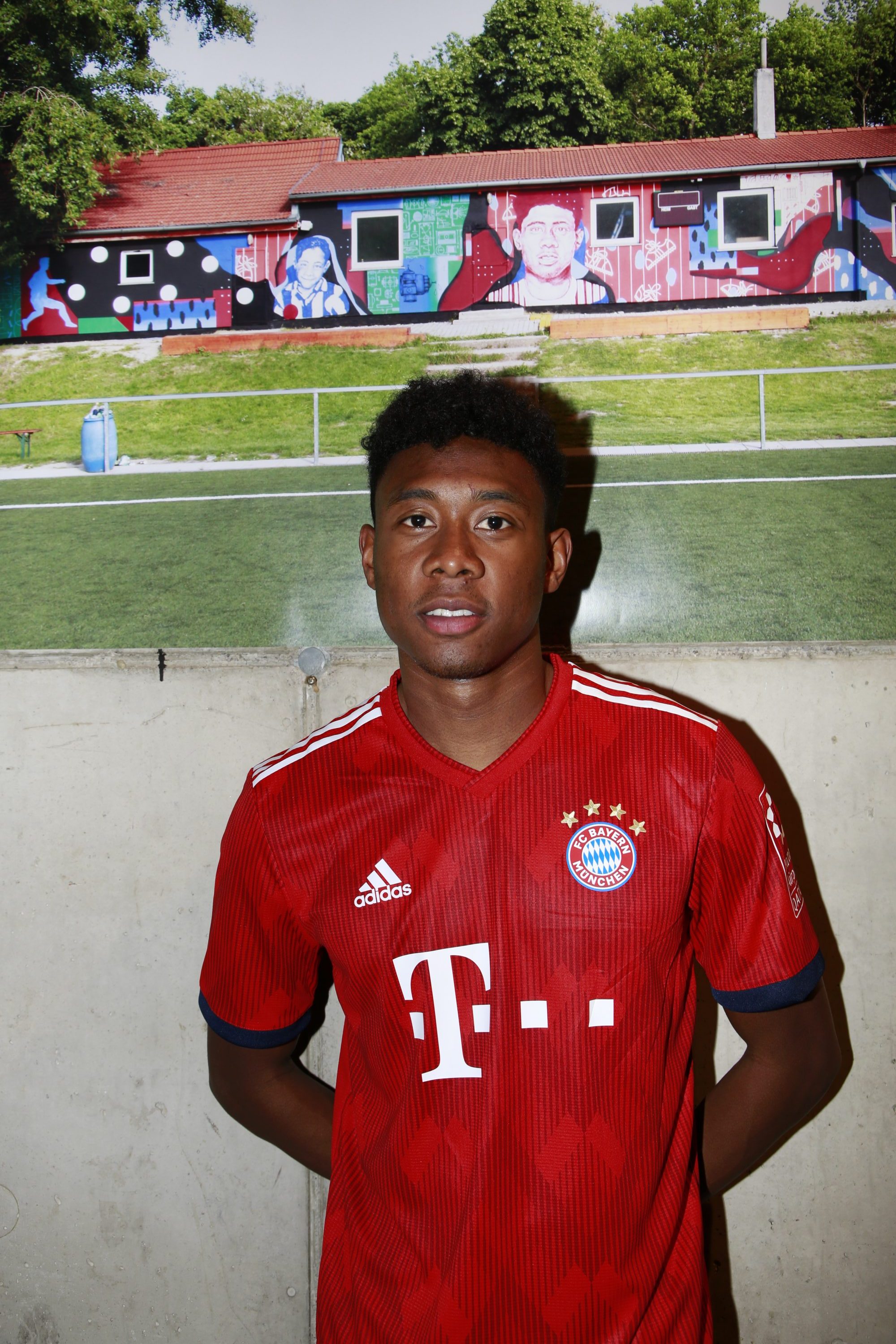 VERSUS: What’s your opinion on the new kit?

David Alaba: Yeah, I love it! The red has come out really nice and it feels really comfortable so I’m really happy with it. It’s my favourite Bayern kit I’ve played in, I think.

You’ve just won the Bundesliga which you’re getting used to year on year, but you’ve also been harshly knocked out the Champions League by Real Madrid. Is that the one competition you want to win the most?

The Champions League is the highest title you can win every season, so that’s the one we always want to win every year as a team. It’s a dream, every single year to reach the final, so losing against Real hurt a lot. 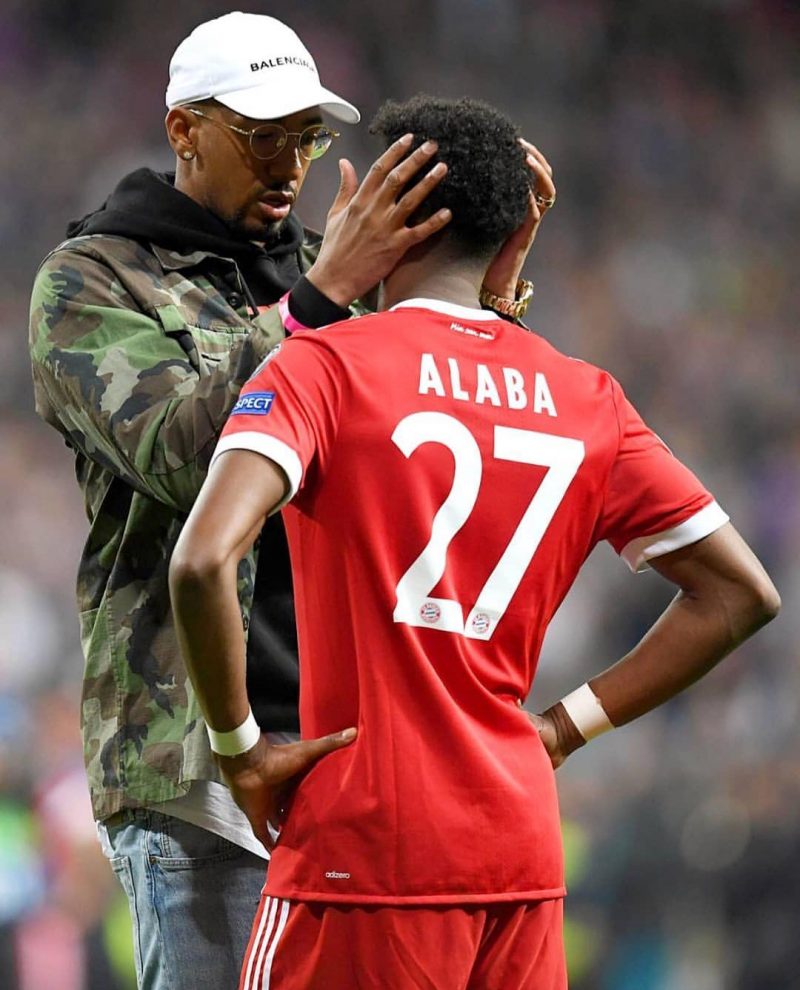 Was it an opportunity missed, seeing as you were the better team in the second leg?

It was a very frustrating moment not reaching the final, but life goes on. We have a lot of other challenges at the moment like the German cup, so we can get the double and move on to next season.

It showed that Real Madrid can be beaten though…

Yeah definitely – they’re not unbeatable. But football is not easy against a team like that. When you lose the first game like that, as we did, and then go to their stadium, it’s really tough.

We have Liverpool now in the final. Do you see Liverpool’s players and how they attack causing Real Madrid problems?

Liverpool are a great team with some great players, and they’ve shown this season that they can win against anyone. It’ll be a high-tension game. Klopp will have a very good solution to this game, and they can cause Real problems.

You’re very good friends with Franck Ribery. Did that relationship start with you both playing down the left?

When I was 16, when I first trained with the Bayern first team, he was the first guy to pick me up and help me out. But I never had to clean his boots or anything like that!

What’s your secret to being adept in so many different positions on the pitch?

I don’t know if there’s a secret! But I grew up training in lots of different positions and that kept me flexible growing up playing football. Being flexible is one of my special attributes, but I’ve known nothing else – I grew up with playing that way as a kid so it was always easy to me. 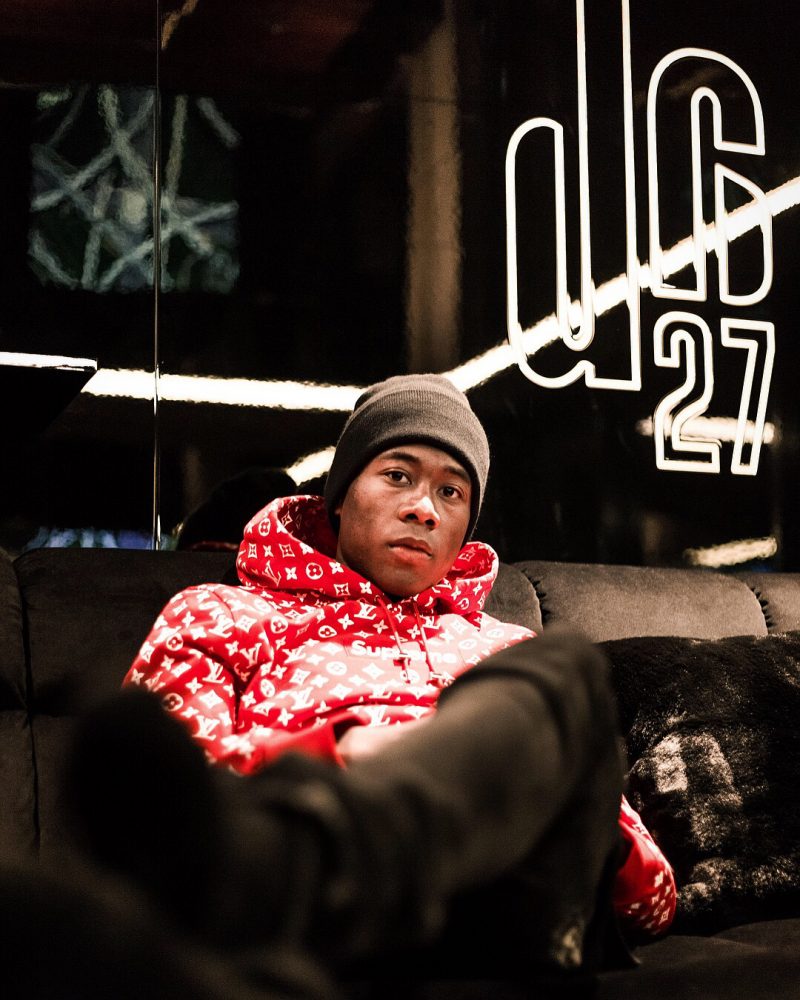 We know you’re a big streetwear head. Where do you get your inspiration from?

My father, actually. He was very stylish back in the day…but nowadays it’s me trying to teach him what to wear! I’m introducing him to different brands like Supreme and stuff like that to see if he likes it.

And you have your own brand, DA27, what’s next for that?

We’re obviously only making hats at the minute, but in the future I’d like to make some clothing as well. So lots more apparel other than just for the brand moving forward!

You’re big into your music, too. Are you in control of the dressing room playlist?

I wish! There are lots of different styles of music in the dressing room…there’s Spanish music, German music, French hip-hop, US hip-hop – it’s very diverse.

Who’s on your playlist?

I’m listening to a lot of US and German hip-hop mainly. I love Drake, Chris Brown, stuff like that.

Yeah UK music is really up-and-coming at the moment, so I’m listening to it a lot more. I like grime the most though, Skepta and Stormzy are the ones that everyone knows I think!

Finally, moving forward, you’ve won everything there is to win with Bayern at club level. Would you like to go and win trophies somewhere else?

The new 2018/19 Bayern Munich Home Kit is available to purchase now via adidas.