After launching a new era of drip at Anfield with the release of the club’s first-ever Swoosh-sponsored home kit, Nike Football and Liverpool unveiled a wavey new away kit to be worn on the road by the club throughout the 2020/21 season, with both shirts almost immediately selling out via pre-orders.

The roll-out for both shirts has been remarkably smooth considering the record-breaking times the club had to orchestrate the launch. Liverpool’s agreement with Nike, which finally began on August 1 after a coronavirus-induced delay, saw them take over from New Balance in the highest-profile move in football this season.

The Swoosh have (unexpectedly, by all accounts) smashed their projected sales figures out the park for their first-ever shirts with Liverpool, with the kit on course to become the biggest selling shirt in the club’s history despite an unsteady economic climate.

To get the full low down on how Nike have achieved these results, we spoke with Nike’s VP Football Apparel, Scott Munson, for the inside perspective on the Swoosh’s Scouse takeover and what it’s like to design an elite club’s kit for the very first time. 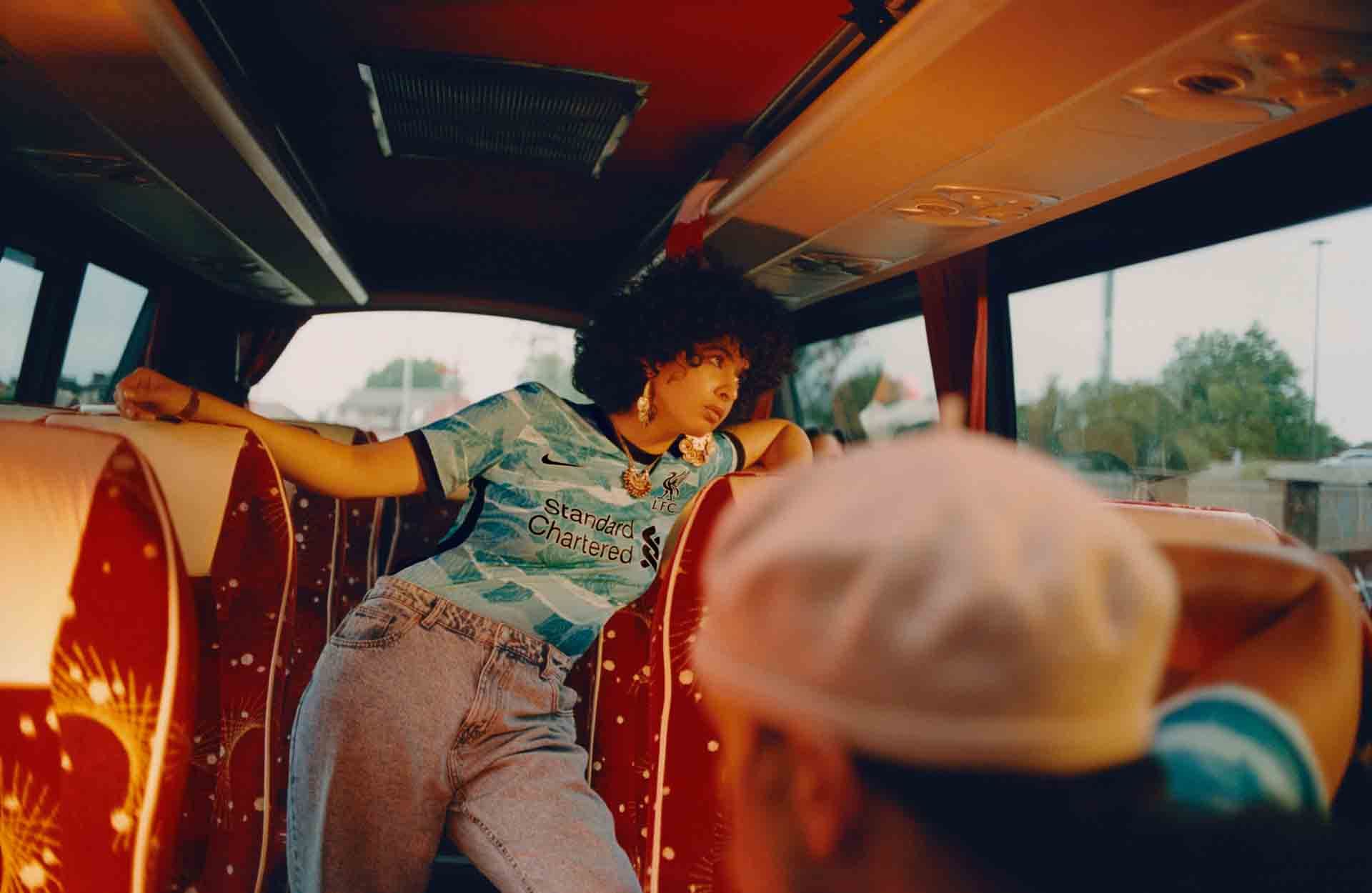 VERSUS: Firstly, how are Nike settling into life up in Liverpool?

Scott Munson: It’s been massive for Nike. This is a huge, global club with a far-reaching network of supporters and interest around the world. I think the club represents what Nike Football is; it’s modern, it’s creative, it’s attacking, it’s progressive – and these are all values which make us such a great fit and great partnership.

How far in advance did you start planning the kits?

It was a bit of whirlwind of a timeline to be honest. As soon as we realised that we could have a chance at doing something with Liverpool, we got ahead of it. So before we even knew for sure what the outcome of the case would be, we immediately got to researching with our teams about how to create the kits. We dug deep into the culture first and then once we found out we had secured the partnership, we got our boots into the ground.

We’ve got Nike employees in Liverpool who really understand the city, so we talked with them, understood what other important stakeholders, influencers and supporters in the city wanted and then got to work. We spent a lot of time on design and spent a lot of time on that process. But we also manufactured and produced fabrics faster than we ever have done before – so it challenged us on our back end, but we put Liverpool to the front of the queue and created the kits in record time.

How have you found the transition from taking over from New Balance the club? How much work has gone into ensuring a smooth launch?

There are a lot of processes and functions that we need to go through to produce shirts. After we’ve done out job of actually producing the shirts, our marketing team and sales teams come into their own, and we’ve been equally as impressed with their work since we launched the kits. They’ve really hit the right note with the consumer – it feels really local, and feels so right. Getting that voice correct for the club and the supporter is a real art and it’s been exciting to see how that communication has come alive.

Does the club give you a brief of what they wanted, and away from the club, who else were you gaining insights from on the design of the shirt?

We’ve been super-impressed with the club. They have benchmark insights which they provided to us and it’s clear they know their fans really, really well. They gave us the right cues in terms of colour schemes, balancing tradition with modernity and just being a part of the process all through the journey. The dialogue has been great – they have really helped us get to the next level.

Insiders have reportedly been blown away by the early projections for the 2020/21 shirt and wider collections, with LeBron obviously helping that along last night. Do you have any other people due to help out the partnership lined up?

The sales have been really good and exceeded are expectations. We need to make sure we will fulfil and flow in product as it goes out of stock, but we shifted a significant amount of product coming into the marketplace. We’re really excited by how it’s come out of the blocks – and when you this confluence of sports coming together, like you saw with LeBron and other people wanting to be a part of it, that’s really cool.

LeBron is obviously unique in being a minority stakeholder at the club. He’s not only that, but a massive supporter of the club too, so a lot of people in his circle will be getting sent shirts too. There is a natural interest in Liverpool and their shirts from athletes from other sports.

Football is having more influence in sport culture generally than ever before. Music and fashion-wise too, football shirts are extremely prominent now. I can confirm there are some other people in the Nike stable interested in supporting Liverpool and this product, so we’ll see some of that come out over time. 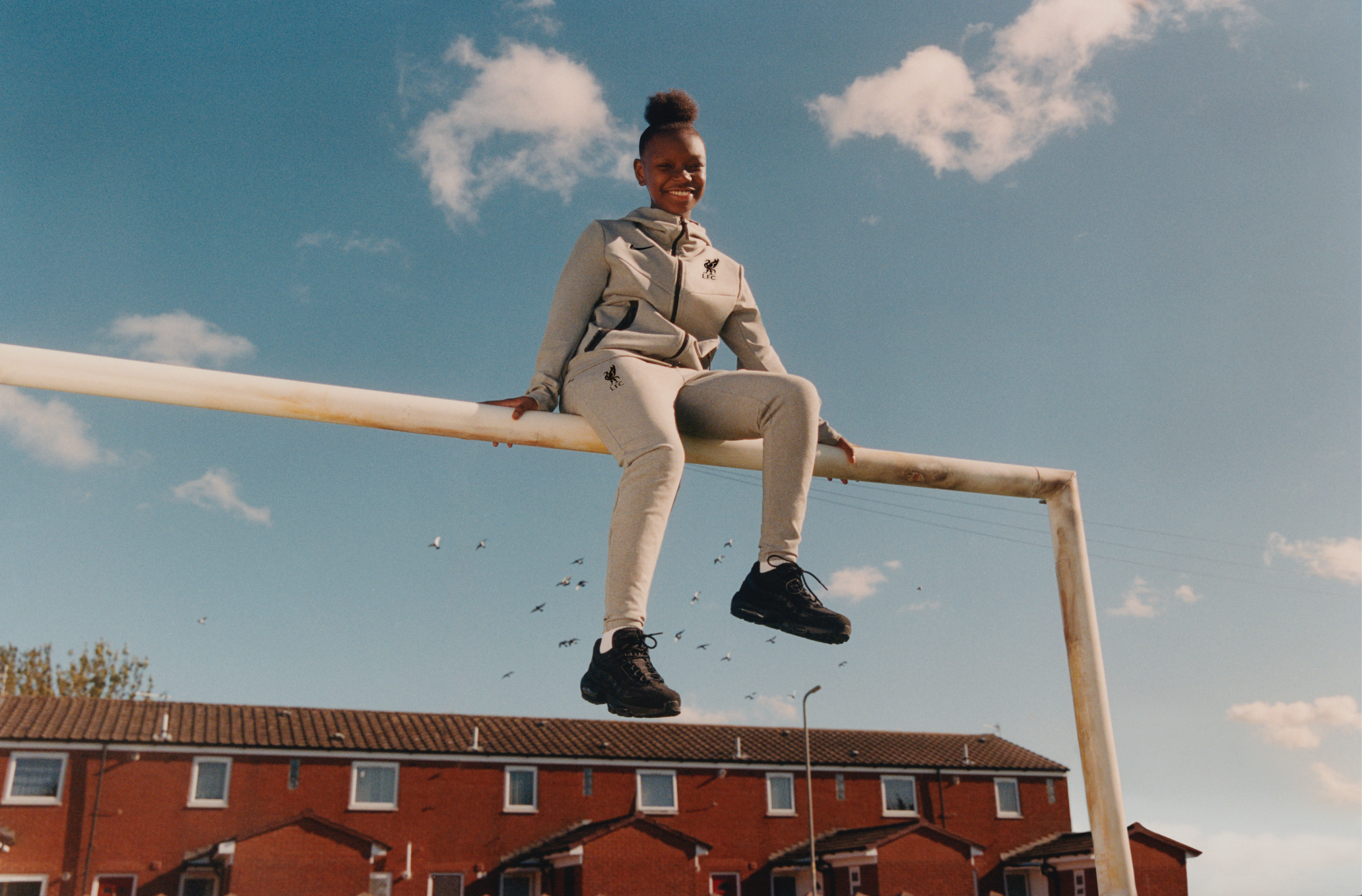 How hard is it to keep a lid on leaks of the shirts with a club and fanbase as big as Liverpool’s?

It’s a challenge! You put in all this work to launch and do things which are going to be right for the consumer and the teams, and leaks are just something which we’ve got to move through. The majority of people aren’t following leak sites, so we just have to be super focussed on getting the product seen through our lens and make it resonate as much as possible with the wider fanbase.

Liverpool is city synonymous with Air Max. What influence – if any – does sneaker and streetwear culture in the city have on the shirts?

A lot! We know all about Liverpool’s connection with Air Max, so they have naturally shaped our collections that we’ve done for the club. Football and Air Max will come together around Liverpool – we’ve got something up our sleeves for that – I think fans can be pretty excited about that.

Is there more experimentation allowed with club third shirts?

I’d say that’s true. We try to find unique narratives for the away and third strips. Sometimes that is a shared narrative across multiple teams, sometimes you want to make it a bespoke narrative for an individual club.

We’ve seen that several Nike teams shirts are made form 100% sustainable materials and plastics. How long has that process taken to get to?

How do LFC and other football clubs fit into Nike’s Move To Zero campaign, and how impactful do you think clubs can be in supporting that messaging and getting it out to the world?

Every one of our clubs now has a shirt made from 100% recyclable materials. All of our jerseys for every team, no matter what level, come from sustainable polyester. That has been a bit hallmark for us as a brand. Being synced up on messaging like this with the club is great and never been more important for the fan to have a brand affinity in terms of morales.

We saw the video of the LFC players getting their kits on Zoom. It got us thinking, how far in advance do the players get their hands on shirts, and how much input do they have on the kit design?

Sometimes some players have a much stronger voice than others when deciding a shirt with us, so players definitely have had a say in designs in the past. This one, while we did talk to players about the kit, this one we didn’t need to get sign off on. We want player opinions and we always use them to shape our future designs.

As well as attempting to create iconic shirts associated with successful era the club, how much do the brand want to leave a lasting legacy with their activations off the pitch?

You’ve got to earn your right to have your moment in history. We want to create something that is revered and sacred for the supporters. That’s the challenge we face every season and one that we’ve got to embrace every year. It’s a combination of things which make a great kit; it would be great to mark out debut collection with Liverpool with another period of success at the club.

Liverpool’s away kit is available now the Nike web store, and is set to release at more retailers on August 17. You can also cop the club’s home kit now from the Liverpool webstore.