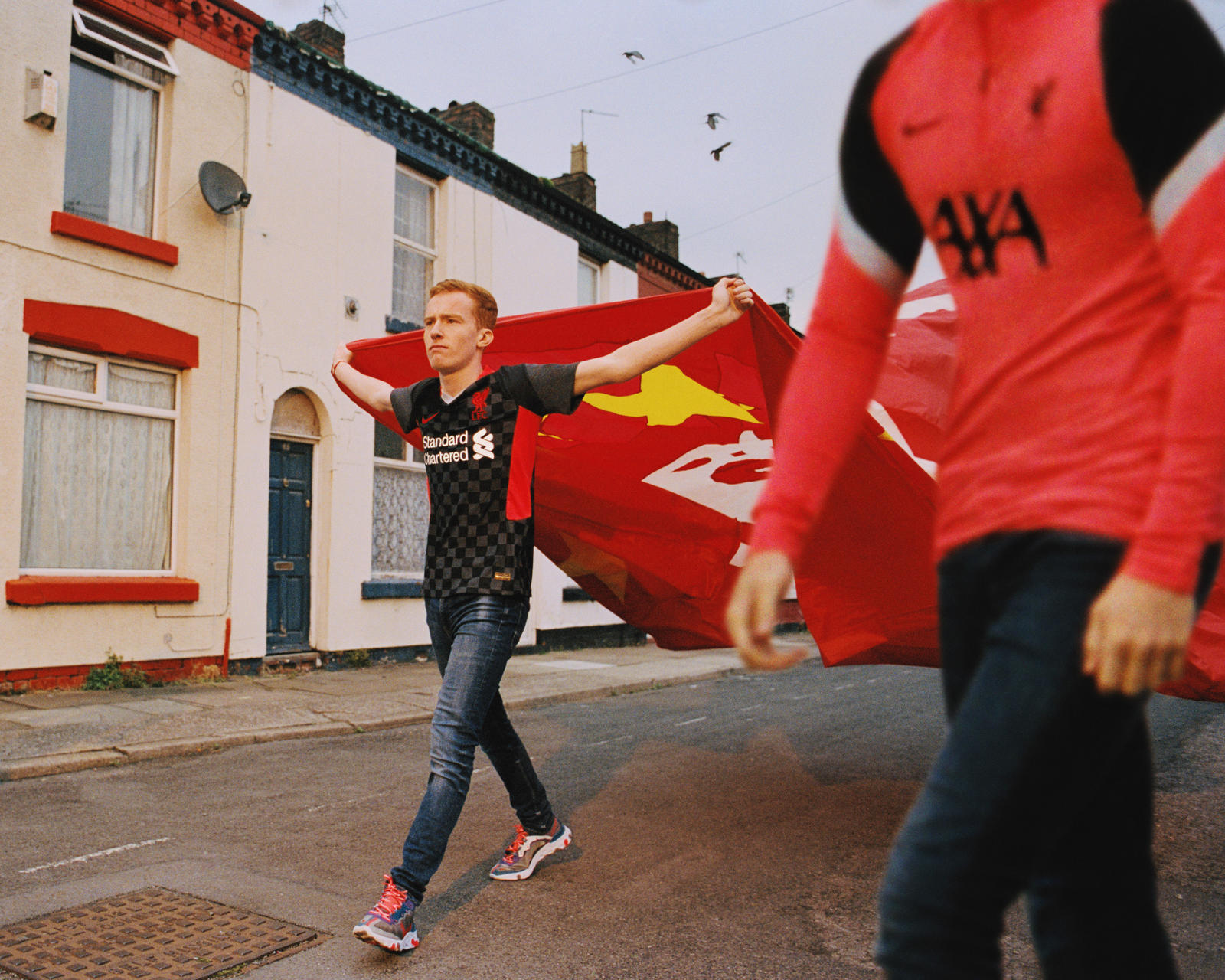 Nike have just dropped off Liverpool’s Third Shirt for the 2020-21 season, a jersey that fuses influences from Anfield’s atmosphere and Air Max together into a striking new design.

Specifically inspired by famous European nights on The Kop, the strip features a black and anthracite traditional checkerboard design across the front and back of the jersey. The shirt is accented in crimson red, brought to life in the shirt’s side paneling and neckline, merged with wolf gray in the shirt’s V-neck design.

The shirt is also inspired by sneaker culture, with Nike VP of Football Apparel saying: “We were inspired by the atmosphere of the Kop on those special European nights and an iconic Air Max colorway, combined to create a third kit that delivers on style and performance.”

Nike and Liverpool launched the jersey with Spion Kop 1906, one of the club’s most prominent supporter groups responsible for the majority of the banners and flags which will adorn the Kop once more for another season of iconic European evenings.

Just like all of Nike’s football shirts this season, the jersey is constructed with 100% recycled polyester fabric, made from recycled plastic bottles.

The 2020-21 Liverpool FC third kit is available now for early access from the Nike website, and at all retailers September 15th. Get a closer look at Liverpool’s Third Shirt below. 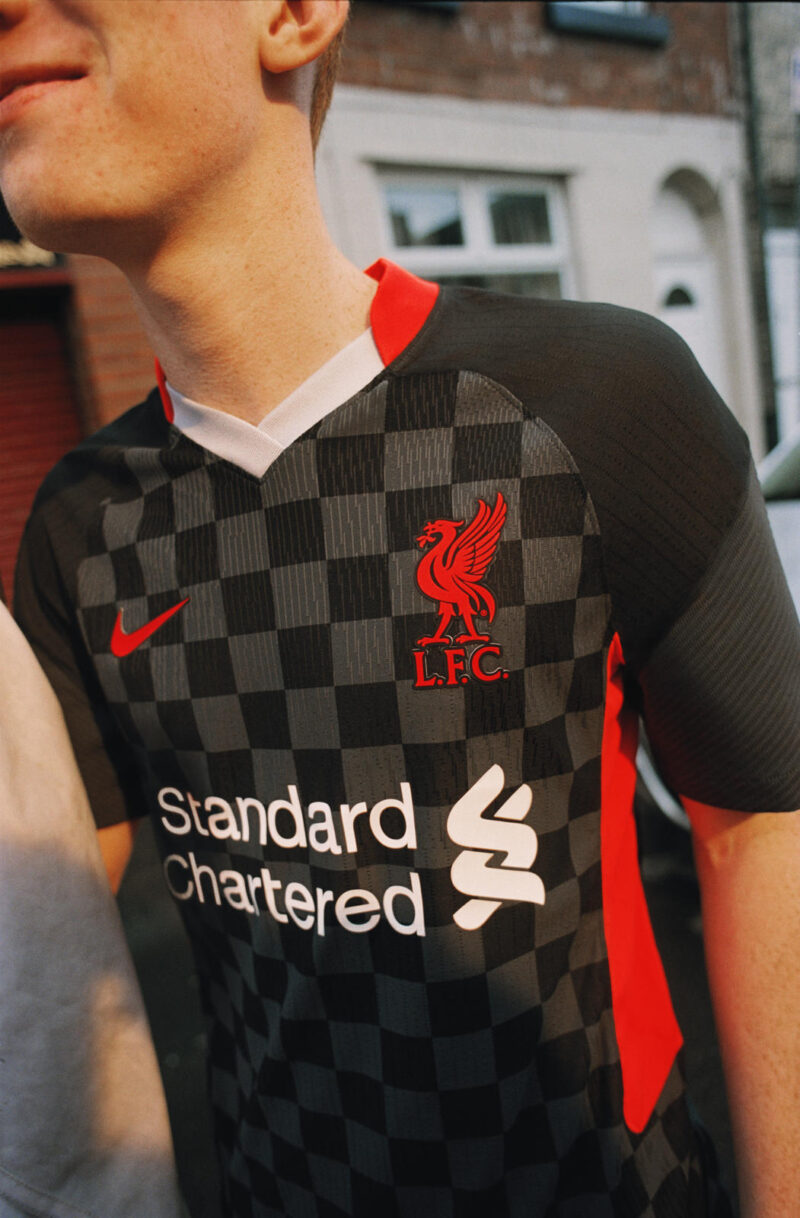 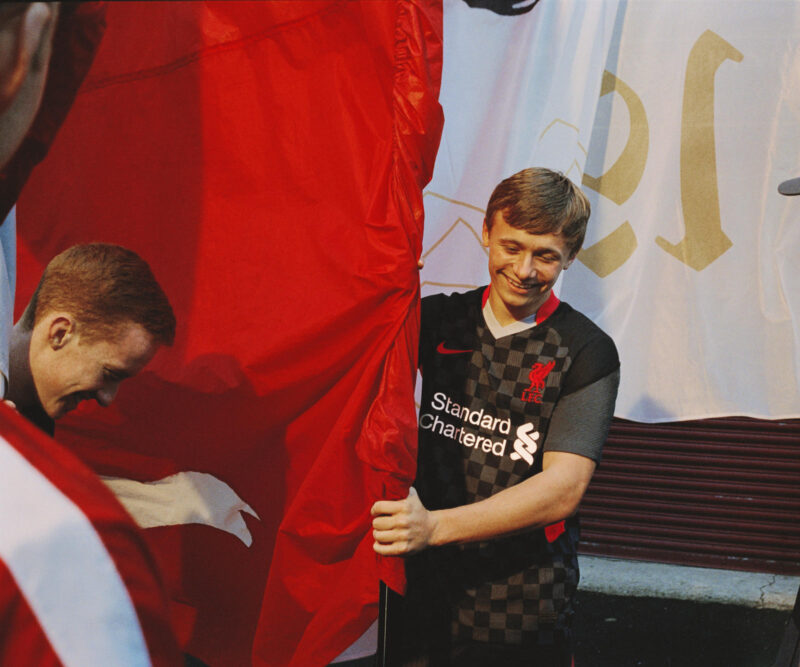 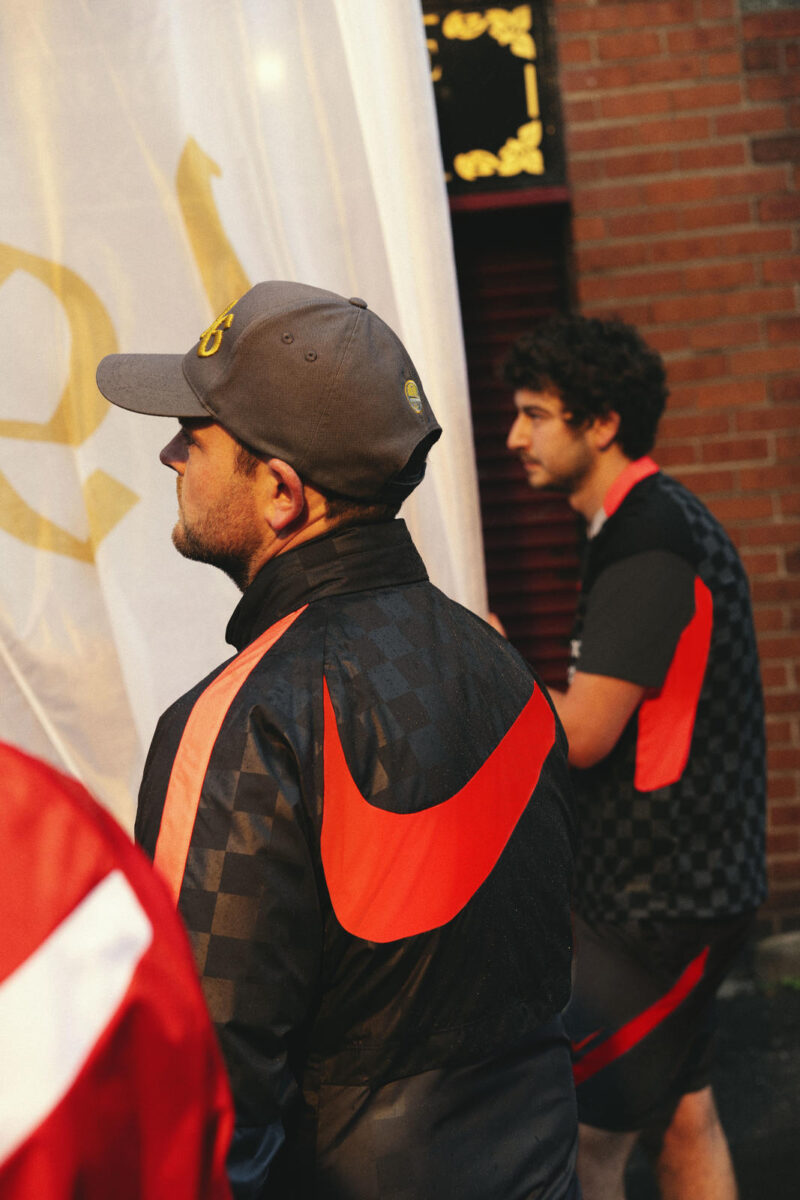 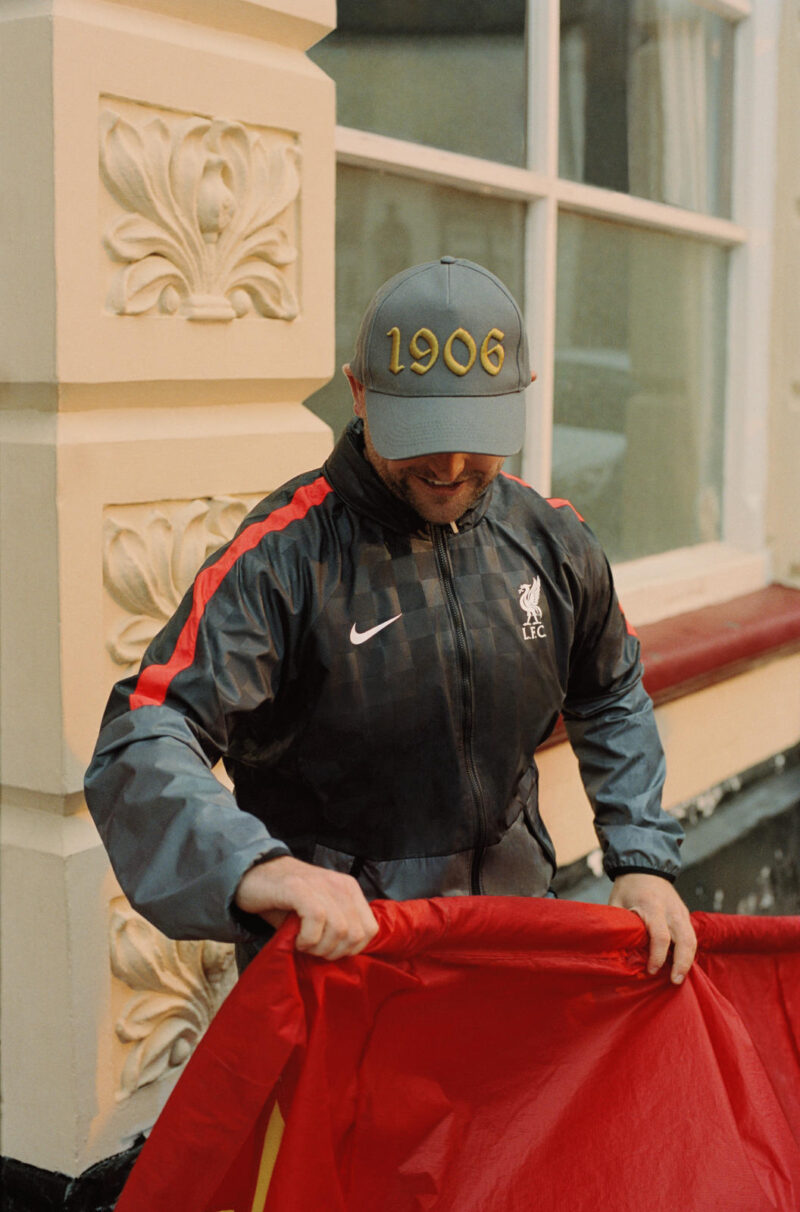 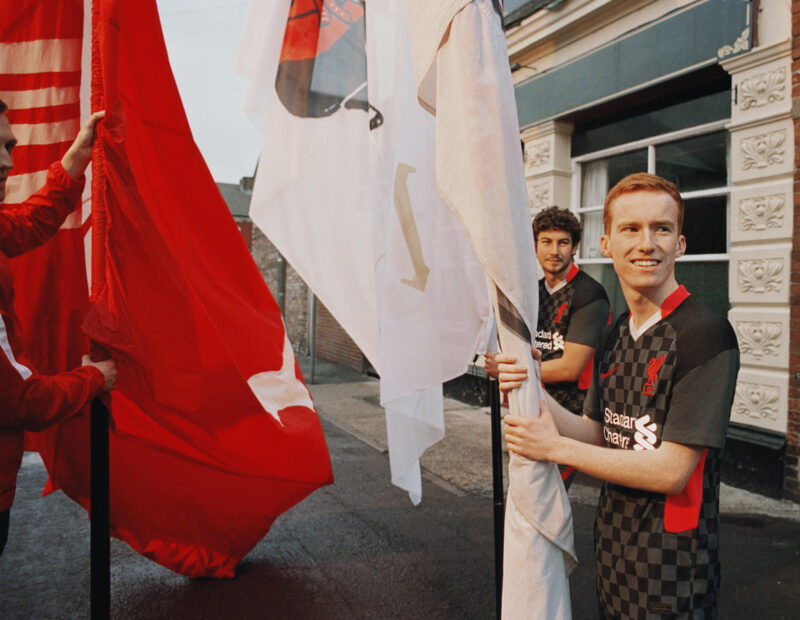 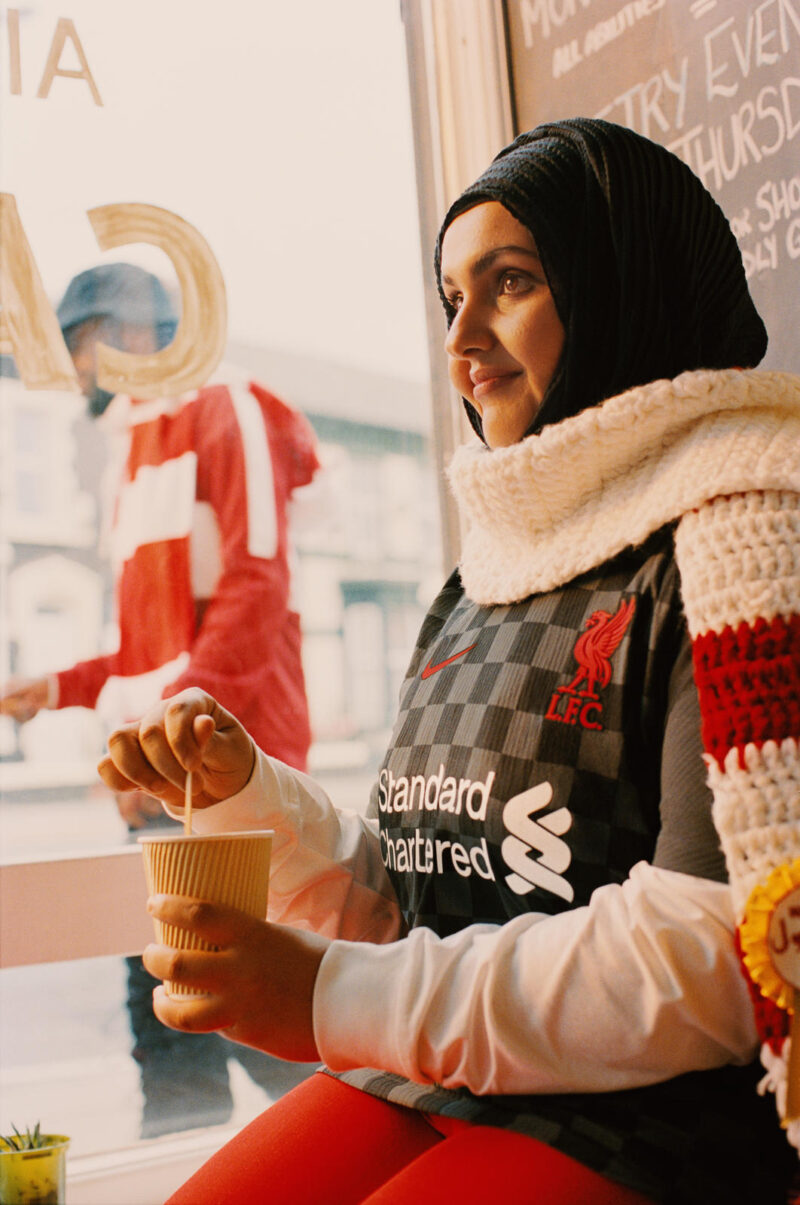 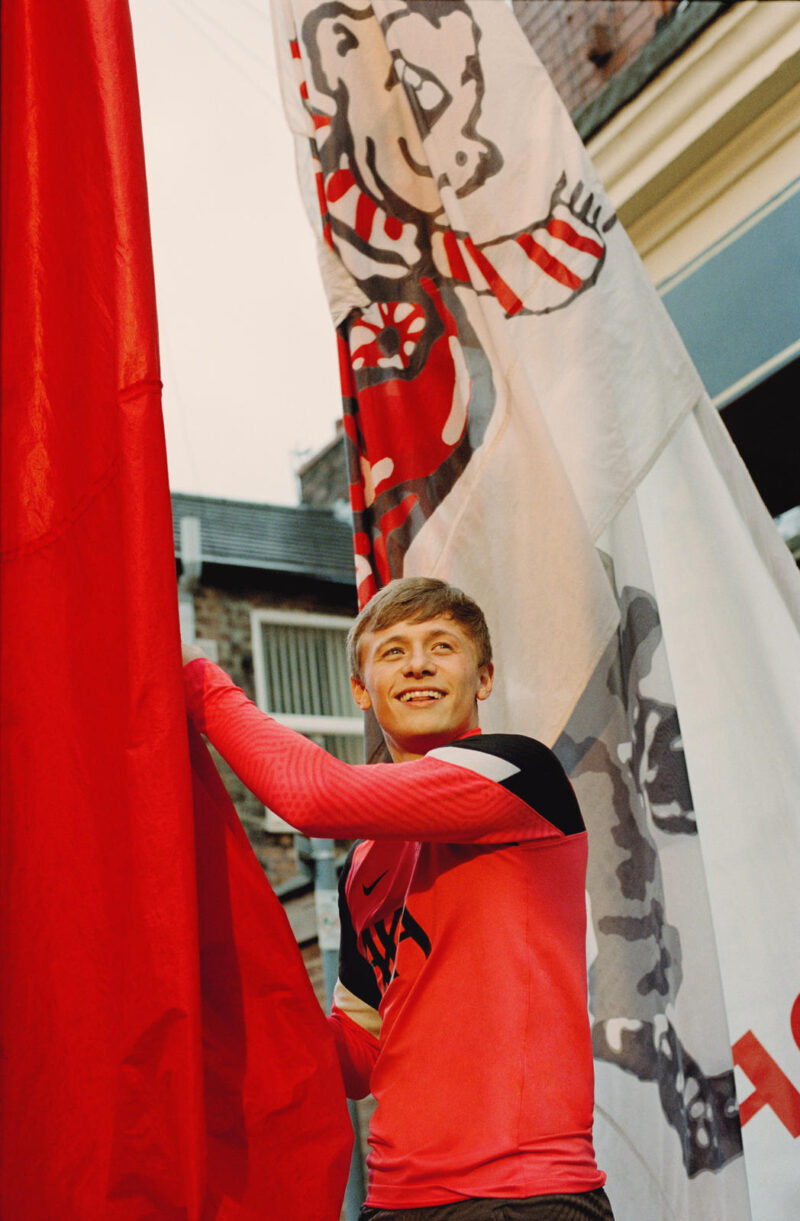 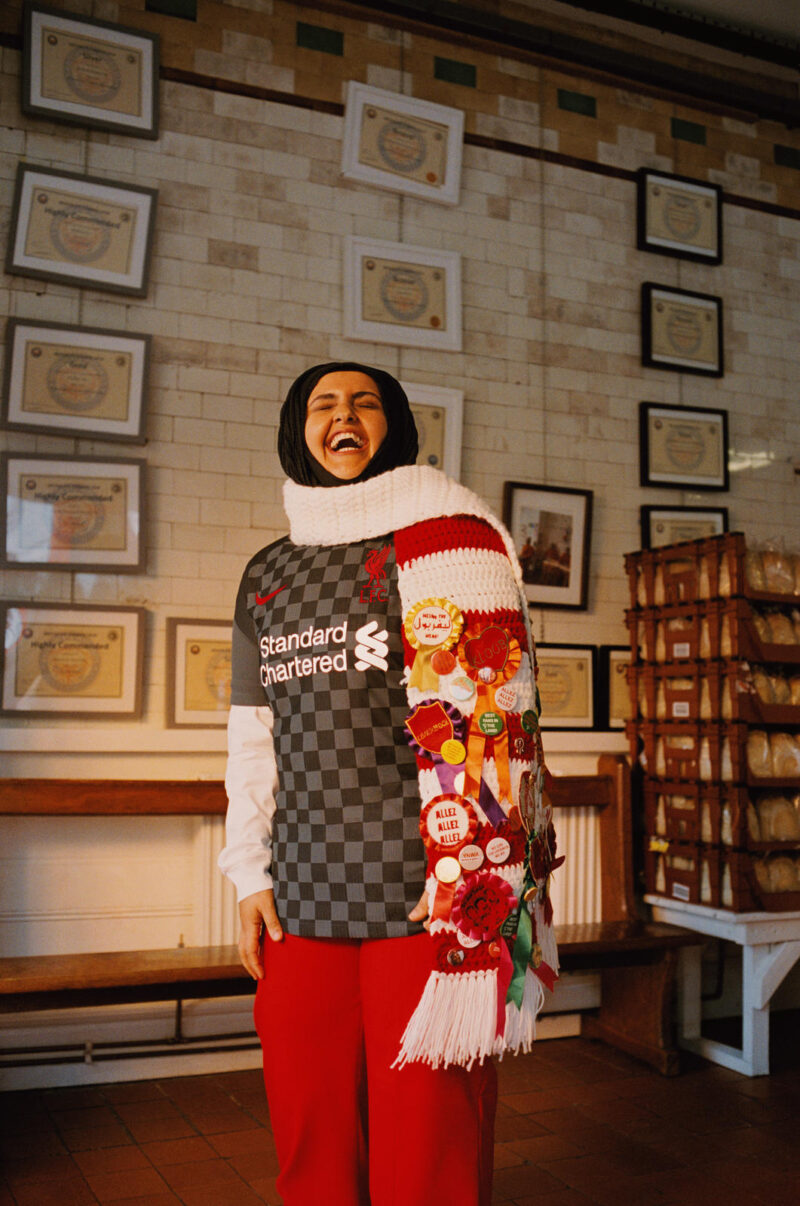