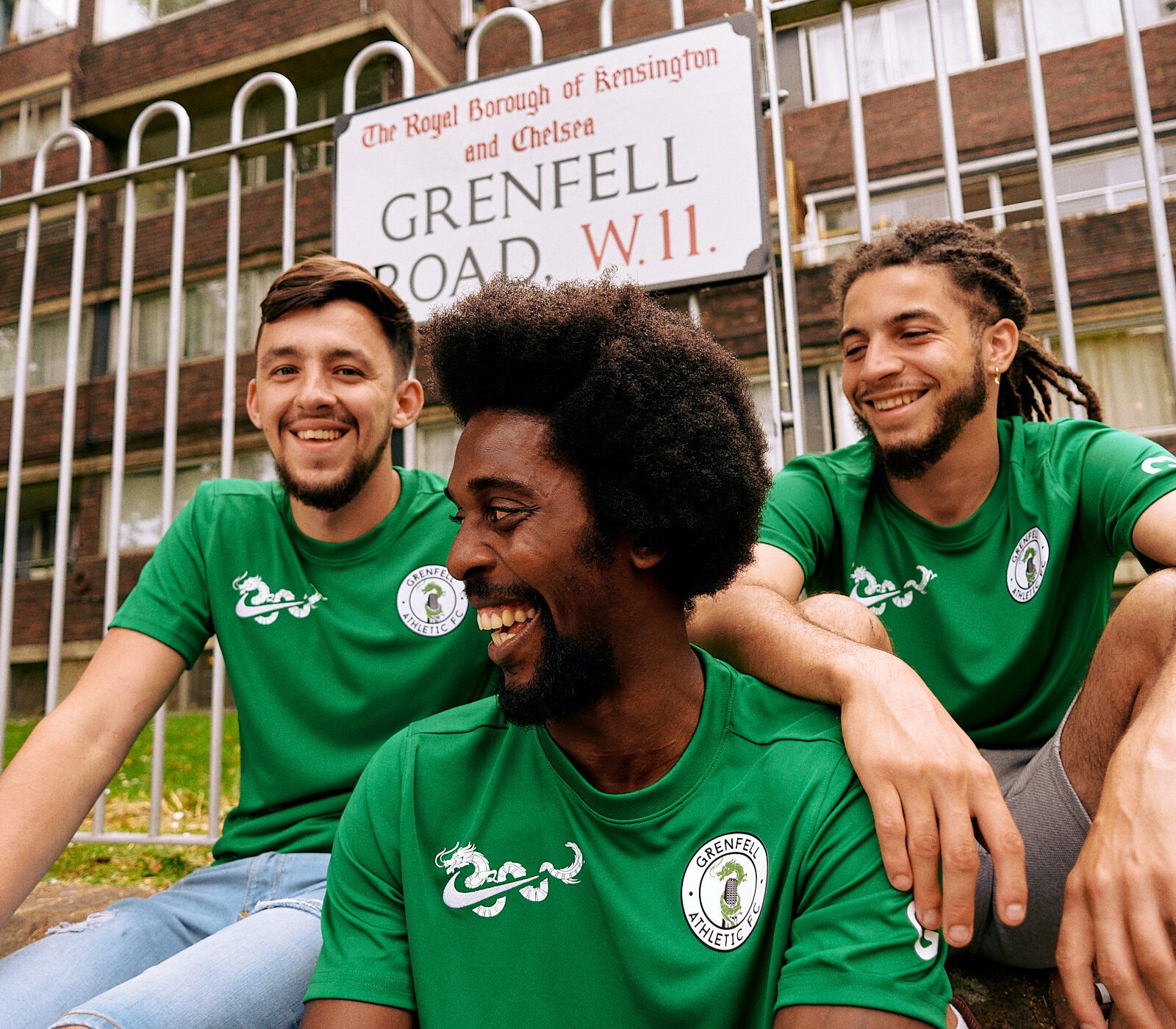 Grenfell Athletic FC have just unveiled their new home kit for the 2021/22 season, a totally unique kit that brings Grenfell’s #FabricOfTheCommunity mantra to life and offers a fusion of the Swoosh and the Grenfell dragon symbol that feature in the club badge.

Founded shortly after the tragic fire in 2017, the club was created as a community hub by local man, Rupert Taylor, who saw that the people of the Grenfell area needed a positive outlet to help them through a time of unparalleled tragedy. Now, more than four years later the club are looking to build further and become ‘everyone’s second favourite team’.

After the success of its previous shirt launch back in December 2020 the club – which currently plays in the Middlesex County football league – has fused its dragon symbol with the iconic swoosh for a fresh new home kit for the new season. All proceeds from shirt sales will be put back into the development of the club, with aspirations to kick off junior and women’s sections in due course imminently.

Grenfell’s community can be the first to pull on the brand-new jersey via a shirt amnesty taking place at Westway this Sunday, July 4. All fans need to do is bring any old football jersey they own to Westway Sports Centre, W10 6RP between 1-5pm, with the first 99 in attendance able to recycle their old football jersey, receiving in return a brand-new limited-edition Grenfell Athletic home jersey for the 2021/22 season.

The number 72 shirt will not be swapped, out of respect to all those who tragically lost their lives on that night in June 2017.

Speaking on the launch, founder of Grenfell Athletic FC Rupert Taylor said: “The launch of the brand-new Grenfell Athletic home jersey represents another exciting step forward for the club. Although the current season has just ended, the team is already looking forward to pulling on the new kit for 21/22.”

“We’re super excited to be able to give 99 people from the local area the chance to get their hands on their very own shirt, after all community is at the heart of this club and we can’t wait to give a piece of it back to current and future members of the Grenfell Athletic family.”

Get a closer look at Grenfell Athletic’s 2021-22 Home jersey in the Sebastian Barros-shot lookbook below and cop the new kit now via Kit Locker. 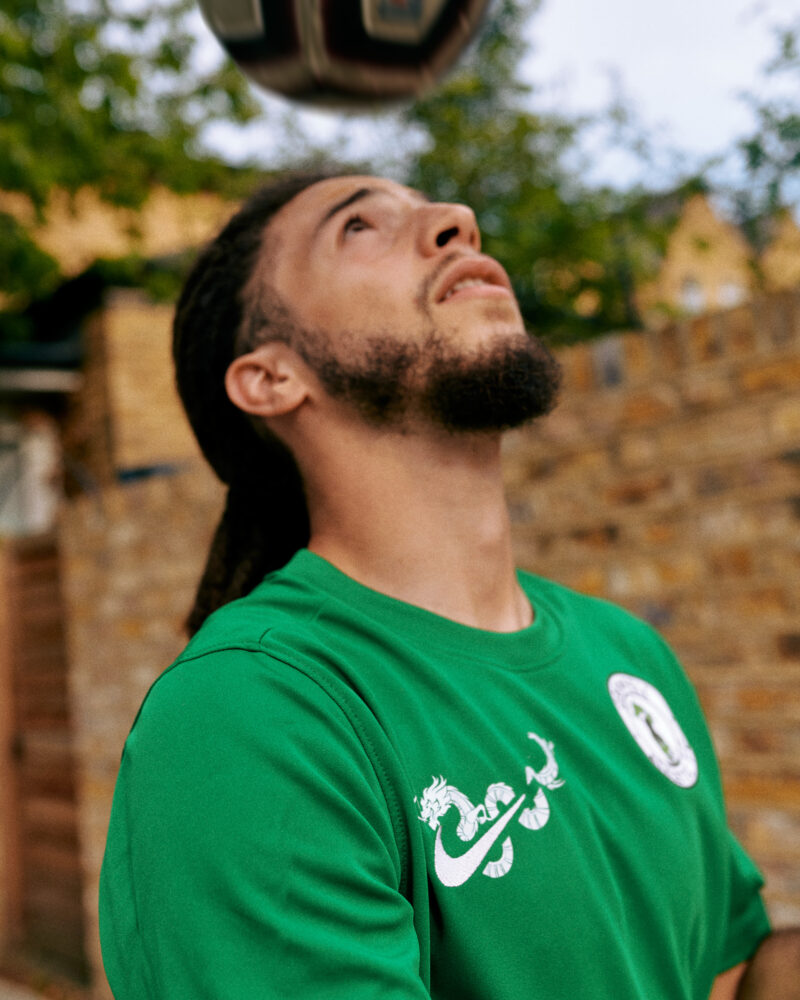 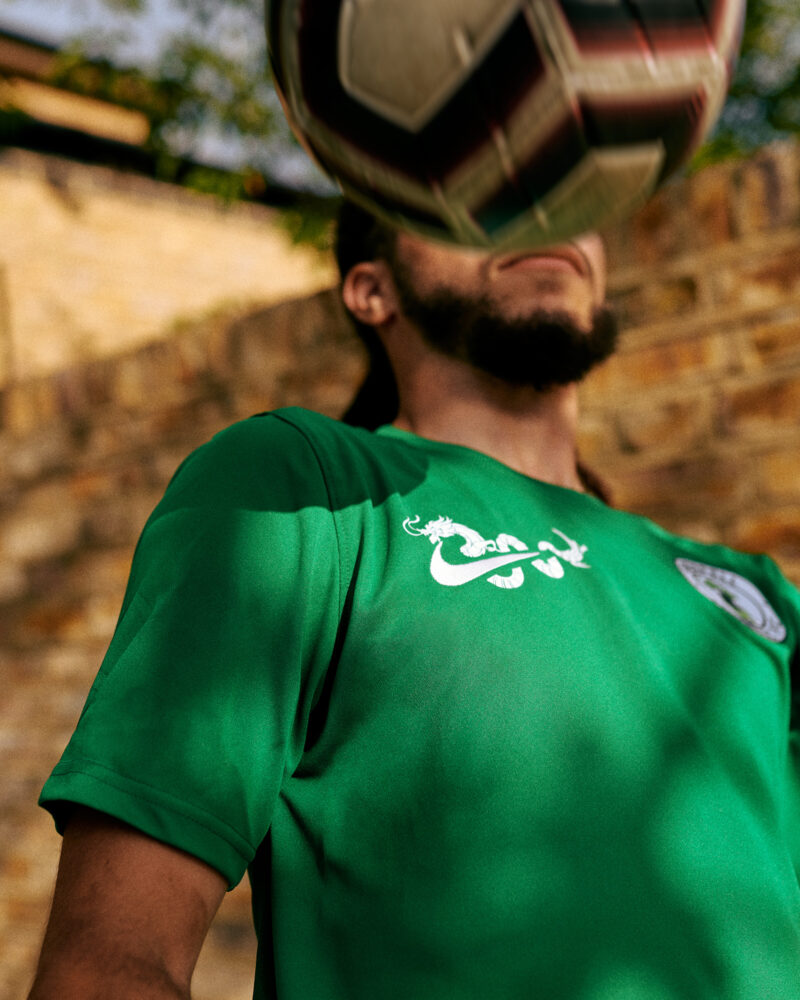 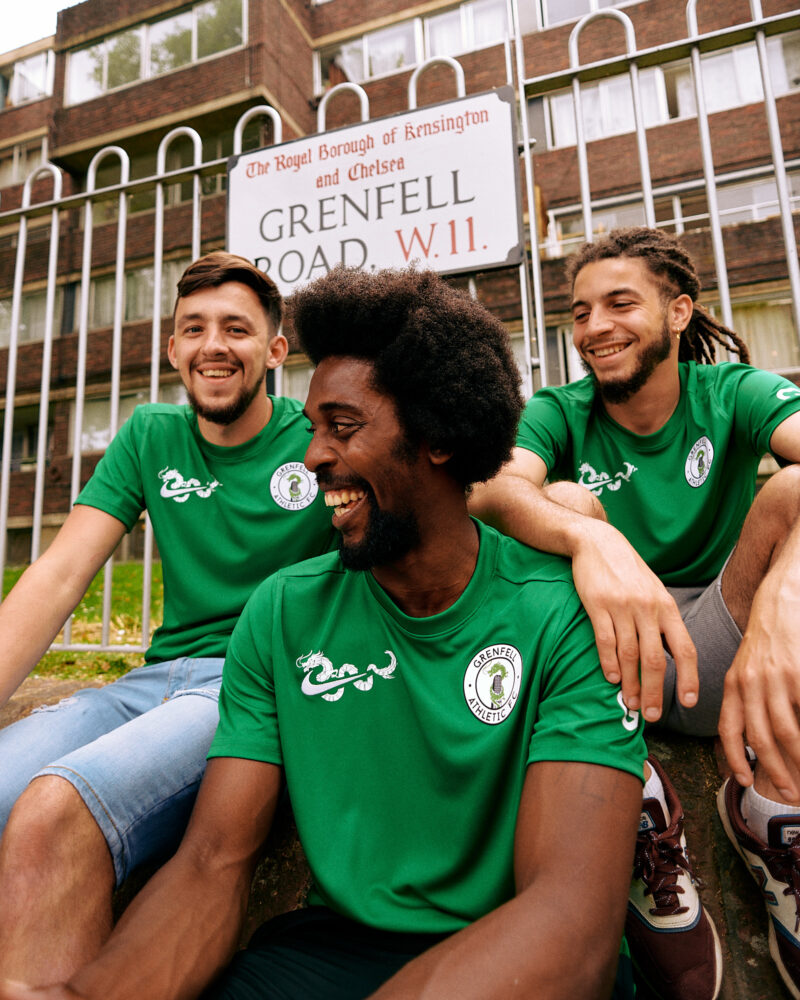 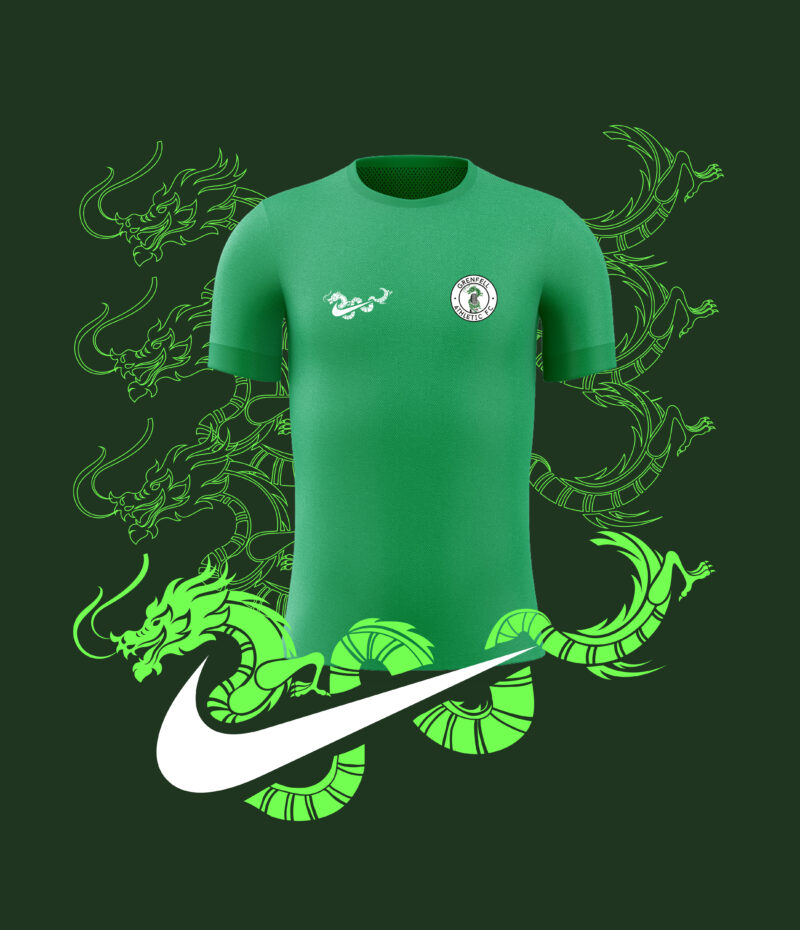