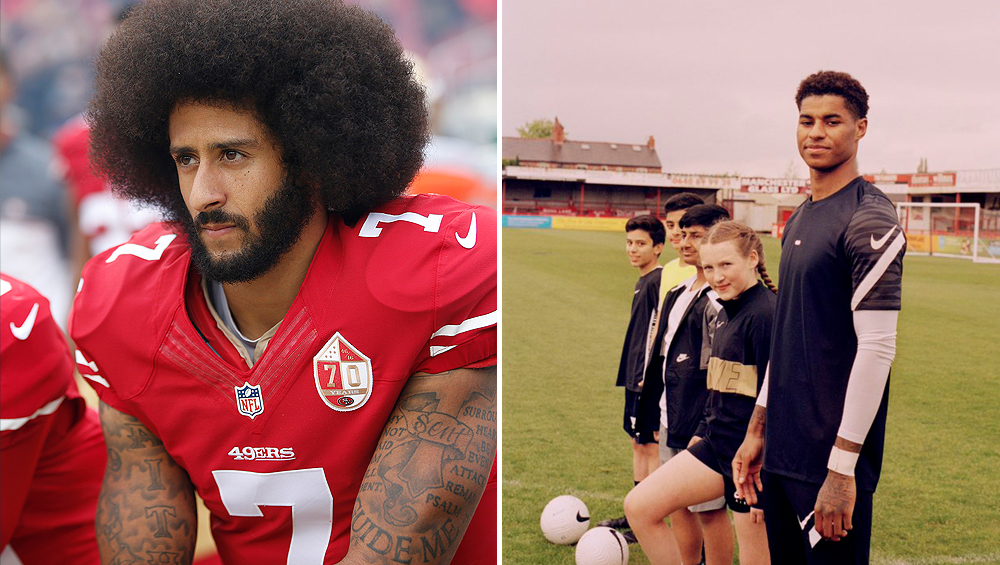 As reported by Deadline, the two companies will join forces on a slate of films which will inspire the next generation of athletes and celebrate the power of sport, capitalising on the unprecedented popularity surrounding sports rights and the upsurge of athletic-focussed shows, documentaries and films.

The Swoosh have an array of talent on their roster whose stories are primed for exploring on a larger film basis. With ballers such as Kylian Mbappé, Alexia Putellas and Marcus Rashford having incredible moments and stories in their young careers so far and the likes of US Open winner Emma Raducanu, NBA MVP Giannis Antetokounmpo and Colin Kaepernick also on their books, this partnership has plenty of options to explore when it comes to longer-form sports story-telling.

Apple will finance and distribute the projects, with Waffle Iron’s Justin Biskin set to produce along with Makeready’s Brad Weston and Collin Creighton. The trio have worked on Oscar-winning, and Emmy-winning productions, including CODA, The Fighter and Ted Lasso.