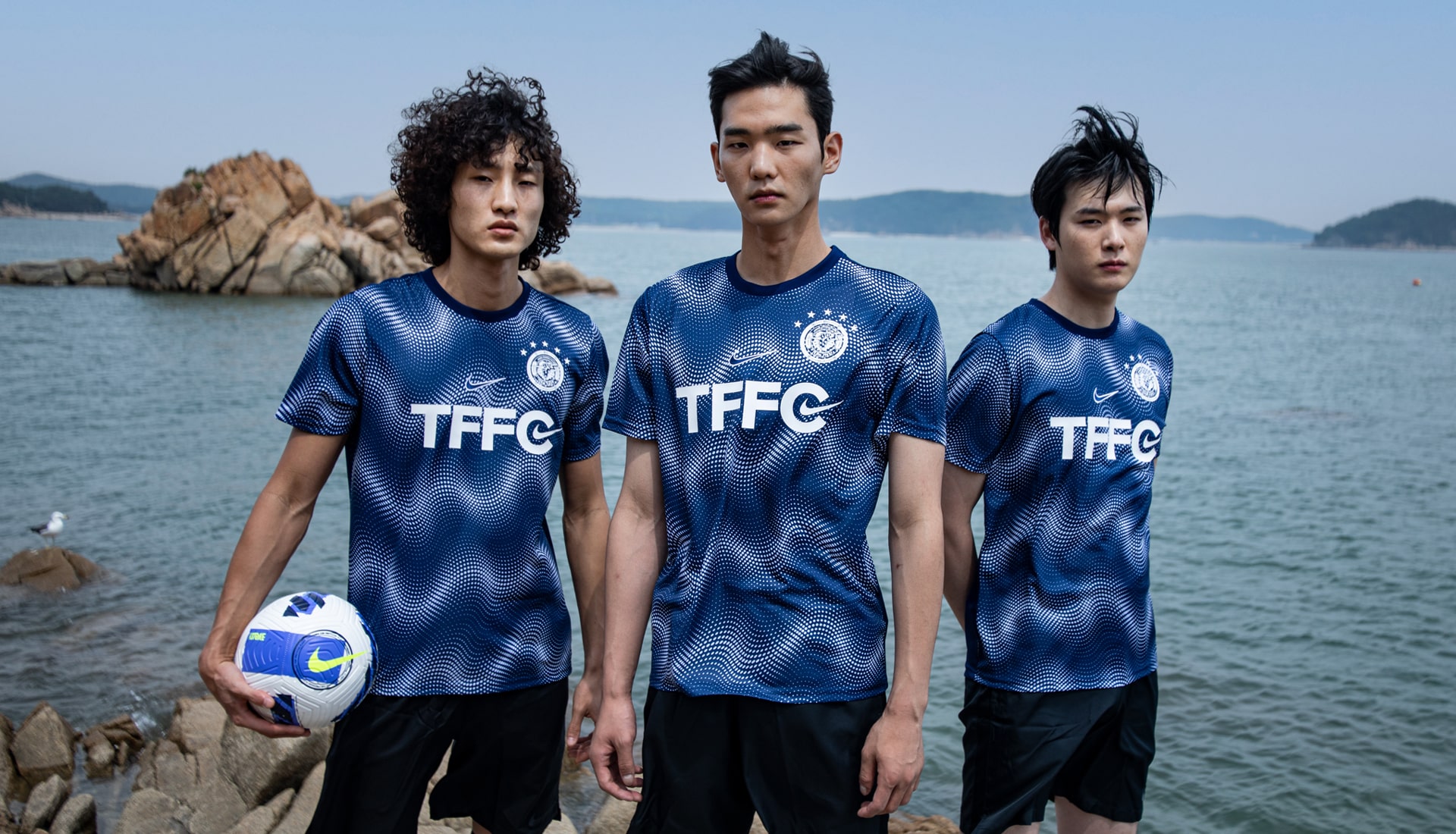 South Korean amateur club Team First Football Club (TFFC) has revealed one of the most eye-catching kits of the new season far – the ‘Wave’ jersey – manufactured by Nike.

TFFC is a creative collective comprised of models, actors, entertainers, singers, DJs, photographers, stylists, art directors, designers, and tattooists who have come together with their shared love of the beautiful game

The creative collective have served up a splash warning with the new shirt, with eye-catching, all-over design sees a sublimated ‘waveform’ graphic made up of different tones of blue and white through the body. The club’s acronym, ‘TFFC’, features in the kit’s sponsor slot on the front alongside a centralised Nike Swoosh sitting on the chest.

Naturally, TFFC headed seaside to shoot the lookbook and showcase their kit in the settings that inspired its creation from the outset, with club players submerged in water while donning this year’s new drip.

Take in the lookbook produced by Team First Football Club with photography by Ahn Hyuntae below. 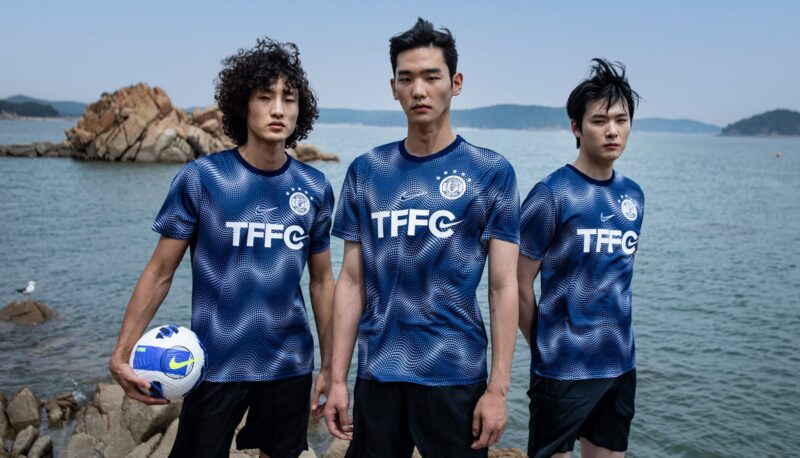 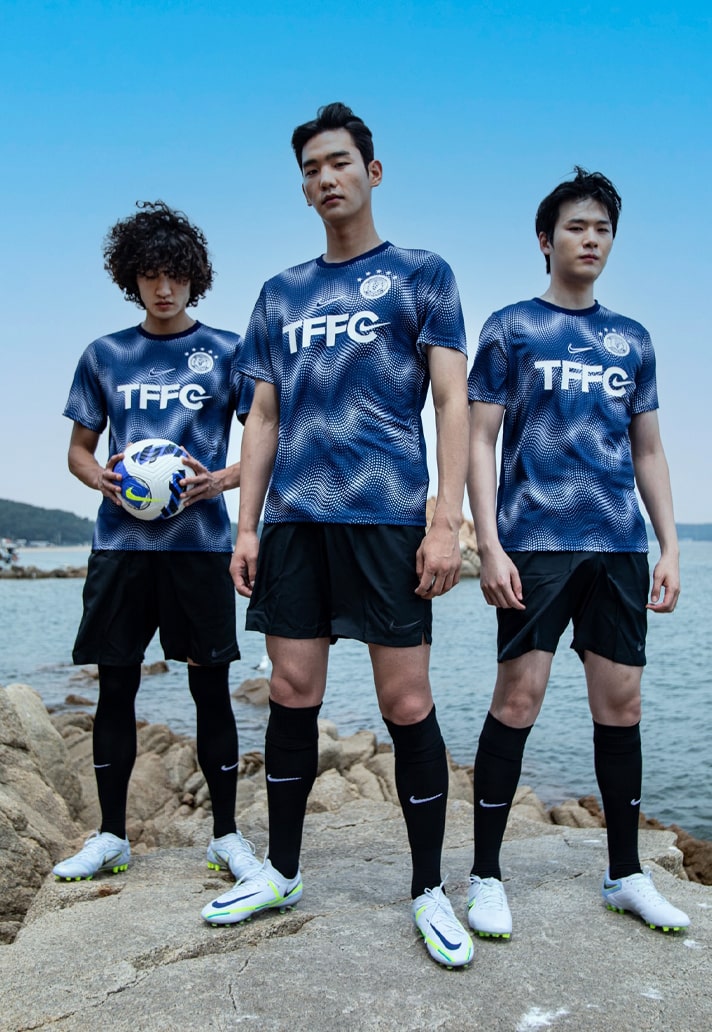 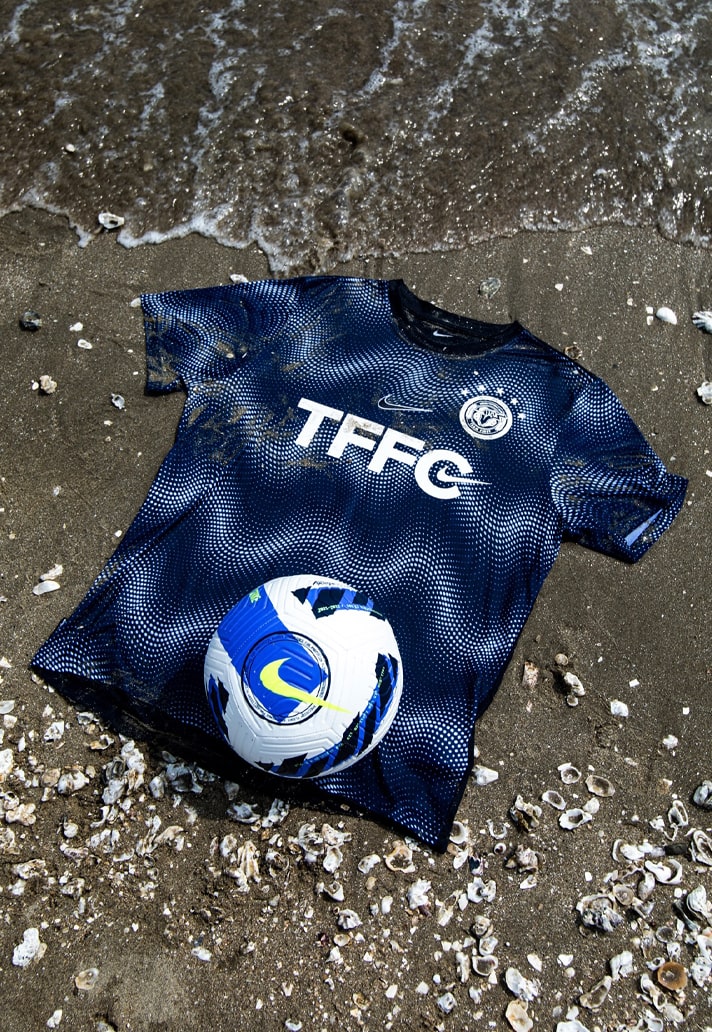 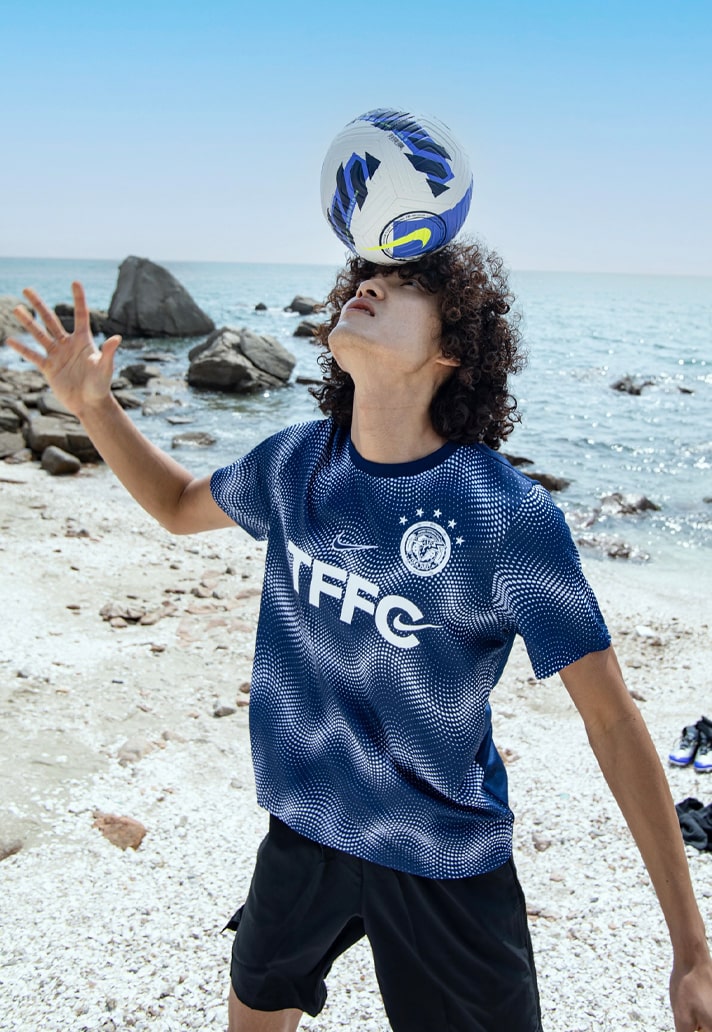