Despite only being 22-years-old, Christian Pulisic is the lead figure of a new generation of exciting USA players gracing the European game. Before he became the most expensive US player of all-time when he joined Chelsea, he showcased exactly what he could do at Dortmund from the age of 15, becoming the highest-profile US player plying his trade for a big European club when he started making senior appearances for them as a teenager.

His development has undoubtedly been followed closely by soccer fans and players over in the US, and has inspired his national counterparts to do the same since. He’s played a huge role in providing the blueprint for success in The Bundesliga for the likes of Weston McKennie, Gio Reyna and Tyler Adams – and with the likes of Zac Steffen, Antonee Robinson and Owen Otasowie beginning to break through in the Premier League, it’s an incredibly exciting time to be a player in the USMNT set up ahed of the World Cup next summer.

But his game hasn’t just evolved on the pitch; his off-the-field style has also been drawing headlines alongside it. Having just linked up with GQ for a profile piece where he donned vintage Helmut Lang, Judy Blame and Jil Sander, Christian linked up with us over FaceTime to get into some more street-ready fits to flex alongside Chelsea and Nike’s brand-new, Air Max Club Collection.

Linking up with Christian from his home over FaceTime, we found some clean pieces from the Nike store to pair up with Chelsea’s 2020/21 Air Max Jersey and decked him out in a street-ready Kit Fit. 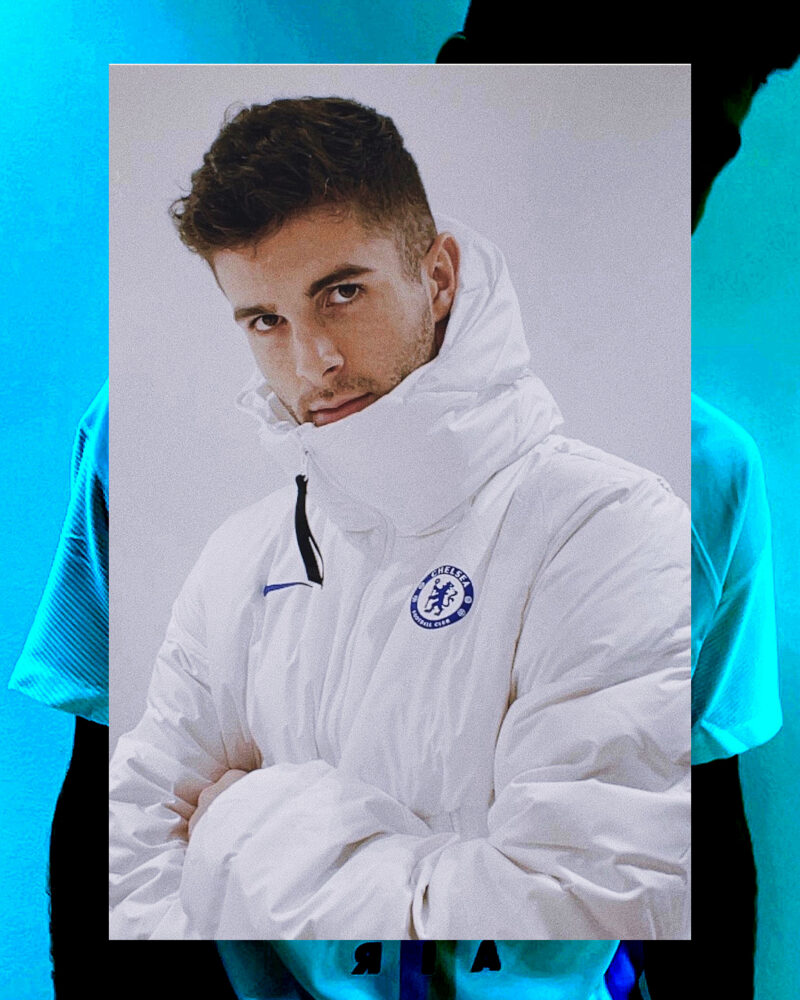 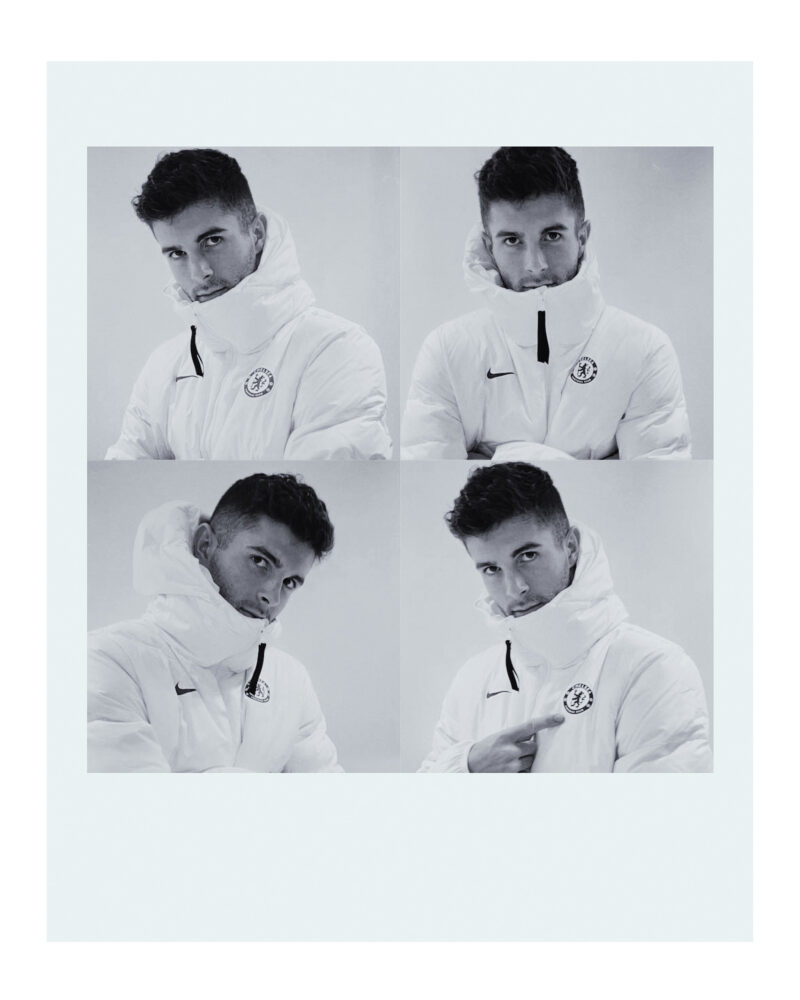 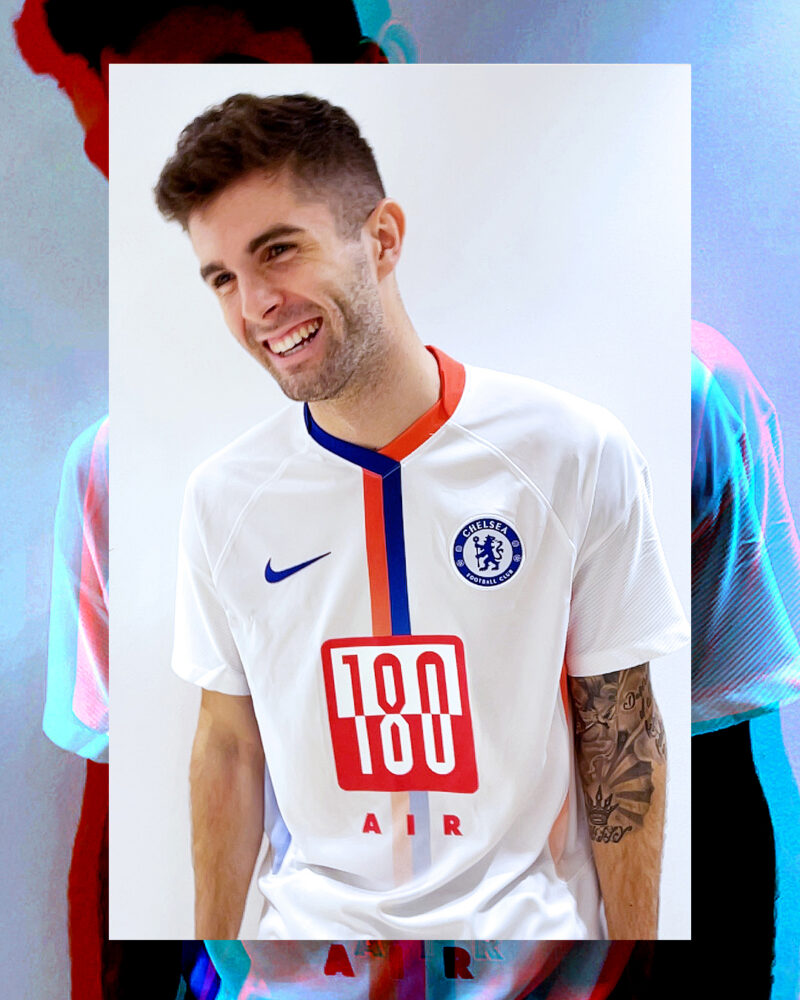 Chelsea’s new jersey features Air Max detailing on a jersey for the first time ever. The special edition jersey has been inspired by the timeless Air Max 180 OG colourway, with colourways referencing the creativity and cultural imprints felt throughout London.

Continuing the theme seen in the third jersey colour scheme donned by Tammy Abraham in our last Kit Fit with Chelsea, this colour scheme features throughout the entire collection that also includes a full tracksuit with the same ‘90s vibe.

The first piece we put Pulisic in is Chelsea’s 2020-21 White Down Jacket, which pairs up perfectly with the jersey’s clean colourway of white with red and blue trim. It’s a piece that feels pretty “London” to him – and also perfect for donning out in the current conditions outside his windows on the call. The white helps make the scarlet and ultramarine pop on the plain white canvas, with the embossed ‘180 logo’ standing out in the middle of the jersey. 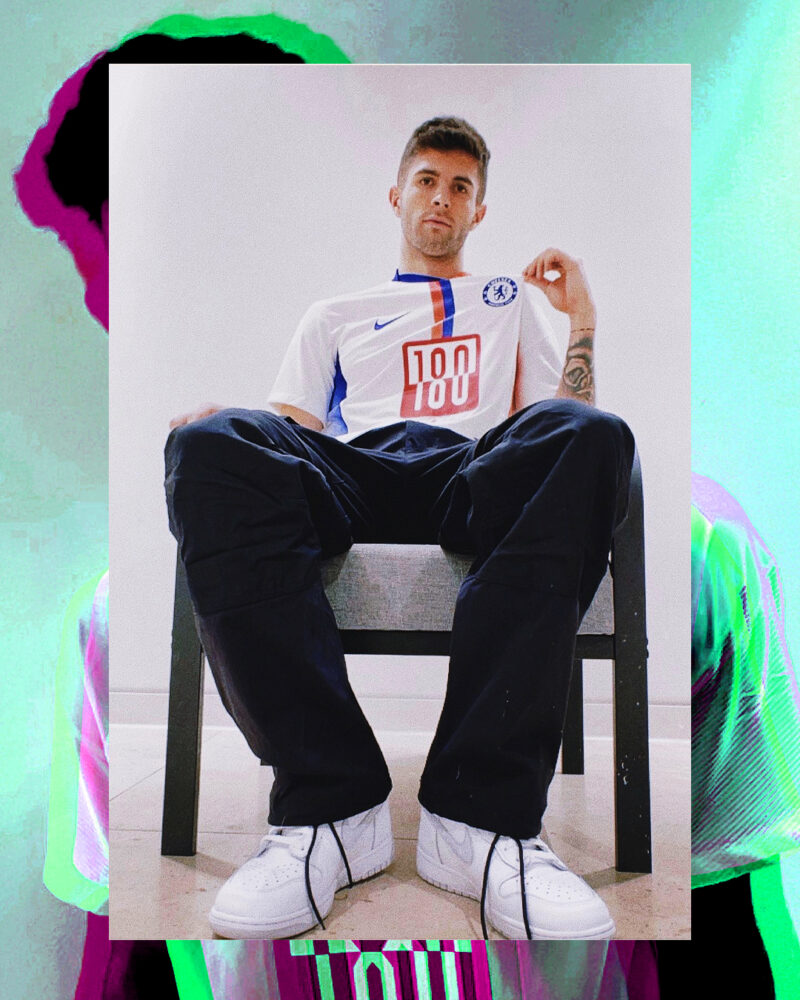 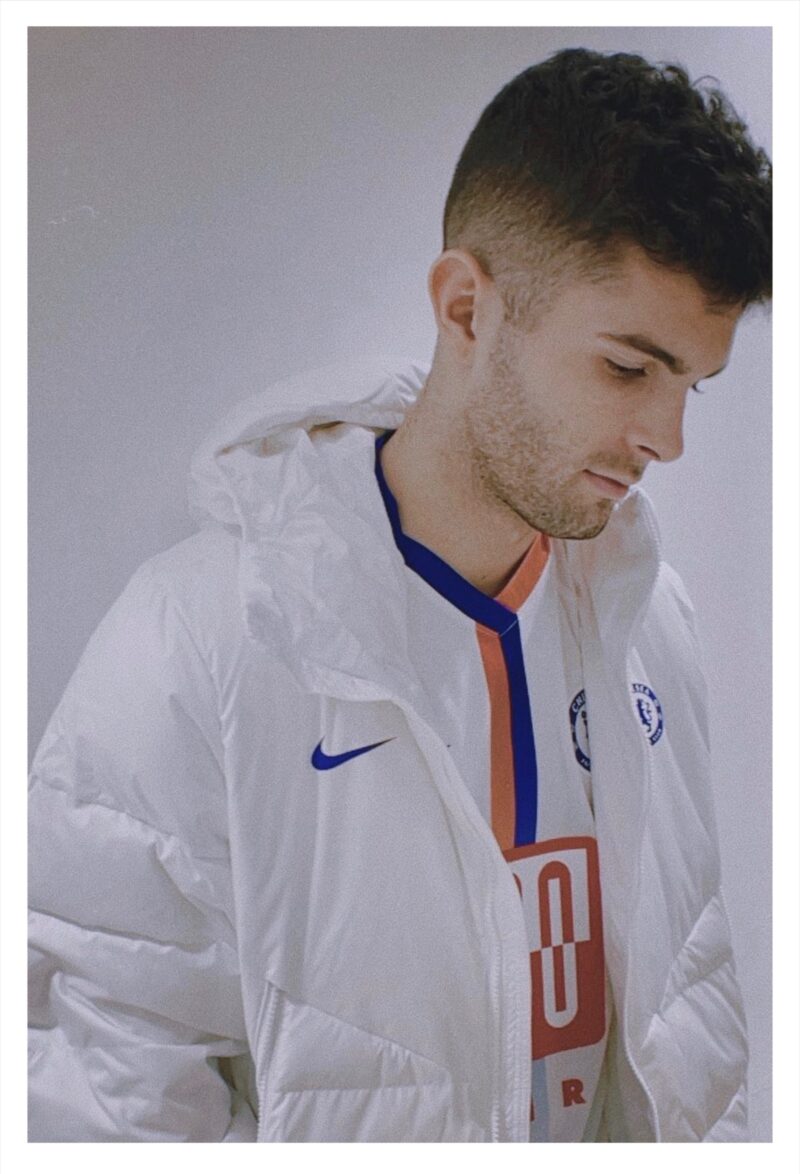 Just like his easy breezy demeanour on the pitch, Pulisic’s personal style when he’s not kicking ball is refined and laid-back. When he chop it up about what he’ll be wearing around his minimal and modern house in West London, Christian says he opts for comfort and classics; Nike Joggers will be paired up with sliders, and Air Force 1s would be worn with jeans if we was to venture out of the house – if we weren’t currently in lockdown.

Naturally, it made sense to pair up a clean piece of outerwear with some equally-robust ACG trousers – both perfectly equipped for winter in London. To get that all-important colour-coordination on the go, we handed Christian some clean Nike Air Max 2090s that correspond with the coat and shirt correctly to make it pop properly with street-ready appeal.