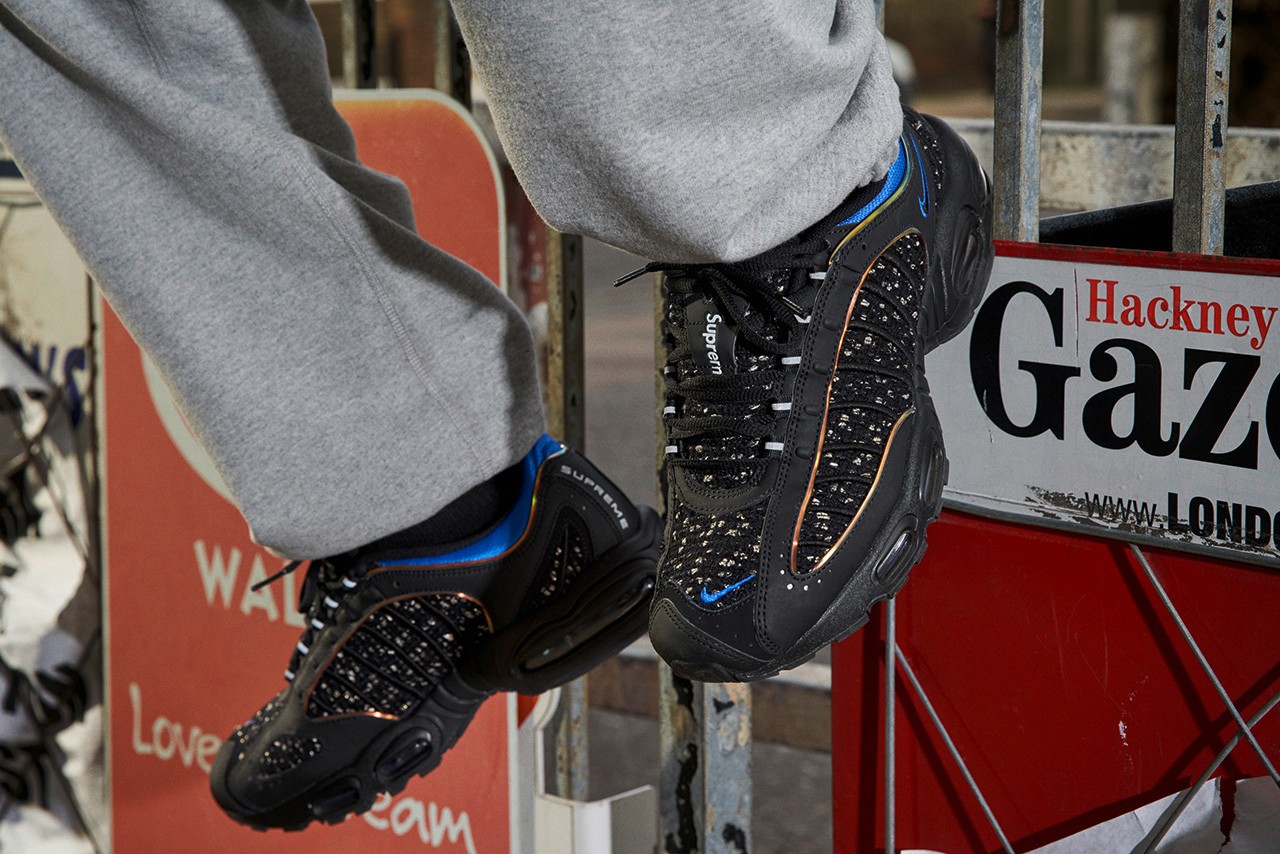 The classic ’90s model receives a combination of bouclé and suede over the upper, and gets iridescent detailing along the piping. The model will release in a black version that incorporates metallic-blue accents, and a white leather colourway which blends red bouclé and white leather panels, with both models receiving Supreme branding on the heel and tongue. 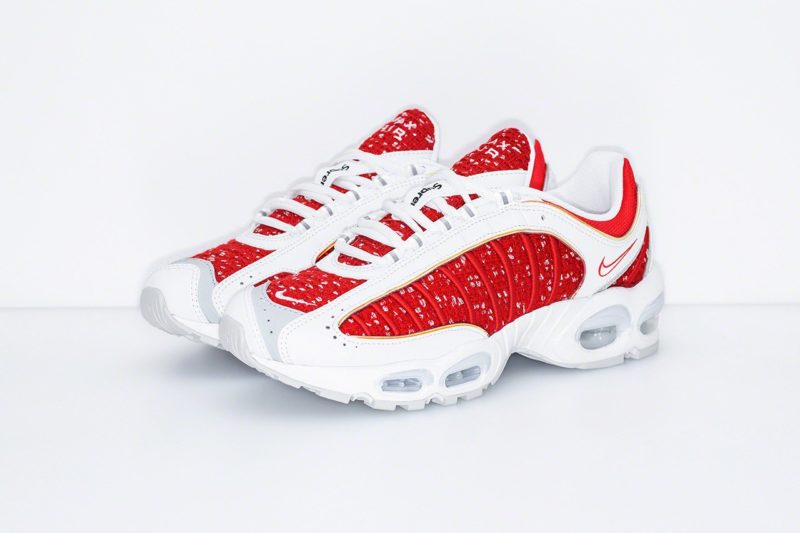 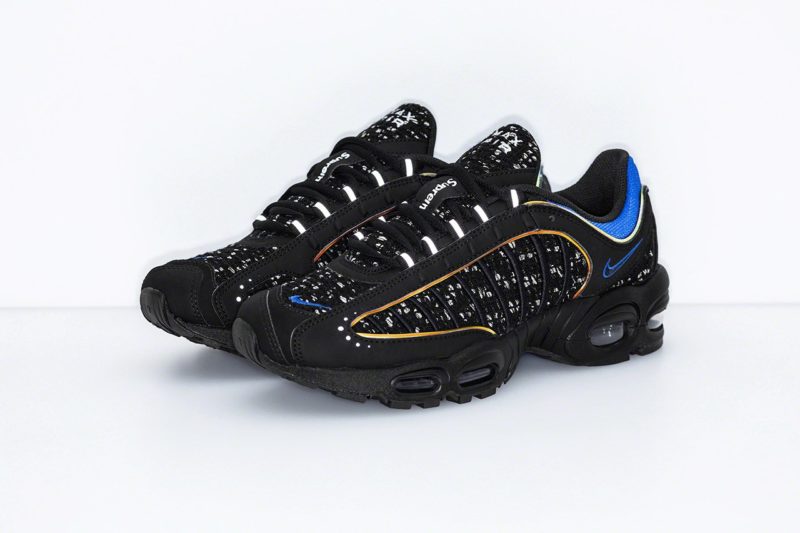 The release will also feature a Supreme x Nike Running Dri-FIT running cap made which uses the same bouclé that features on the shoes at the sides. 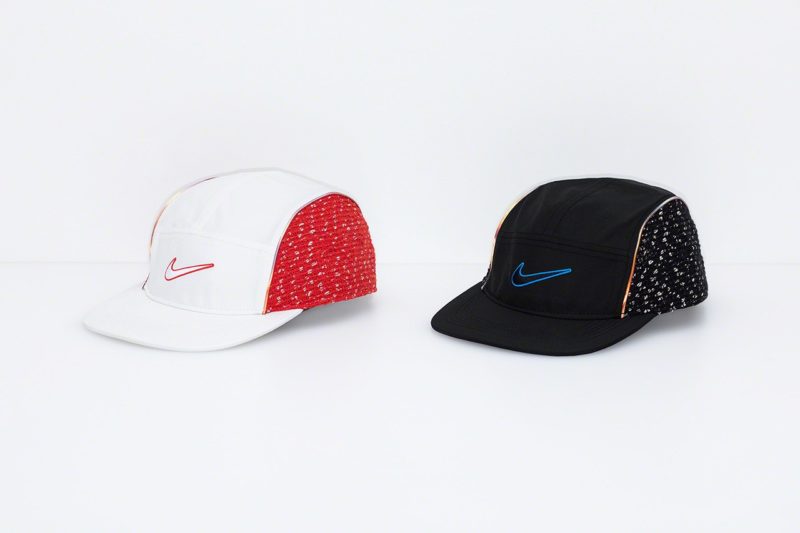 The Supreme x Nike Air Tailwind IV and running cap will be dropping online and in-store in London this Thursday, March 21.

In other streetwear news, Drake has debuted a hard pair of Black & Red Nike Vomero 5’s on his ‘Assassination Vacation’ Tour.