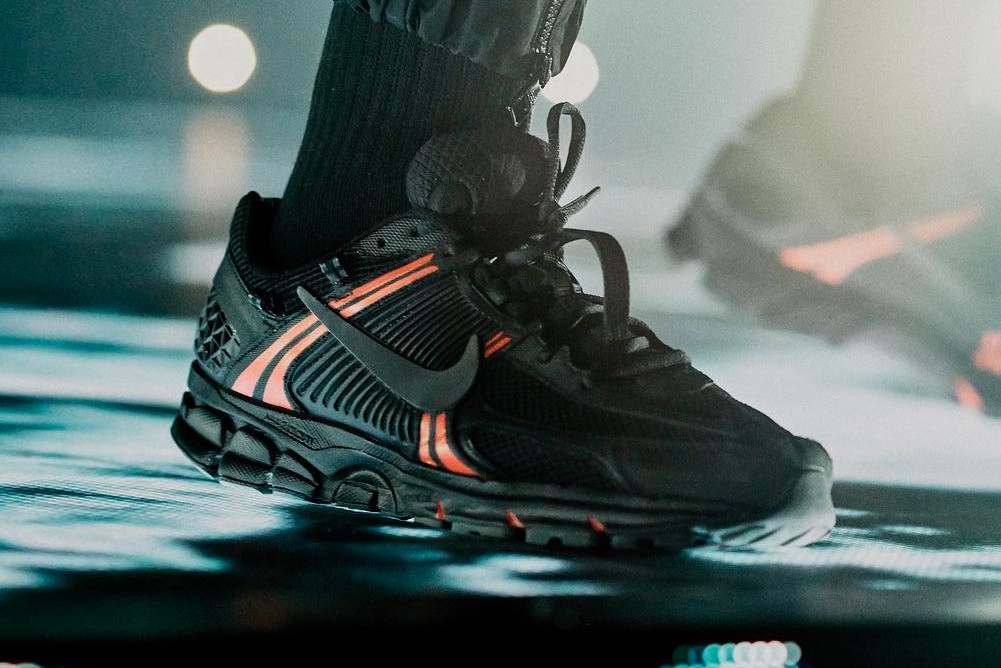 Drake has just shown off a new never-before-seen “Black/Red “colorway of one of Nike’s hardest silhouettes, the Nike Zoom Vomero 5.

Drizzy became renowned for stunting his show shoes off from his ‘Aubrey and the Three Amigos’ tour last year, where he wore an exclusive colourway of the Air Max Plus. Now, he’s got his very own version of the Nike Vomero, a silhouette Samuel Ross recently worked on with the Swoosh brand with A-COLD-WALL*. Drake’s version comes with a badgeless tongue, elongated strap and striking red detailing over the all-black upper to match his custom red Louis Vuitton utility vest. Check it out by scrolling through the Instagram gallery below.

Could the silhouette be part of a wider collaboration series that Drizzy is cooking up with Nike? Keep it locked to VERSUS for more information regarding the release of the sneakers will likely be released later this year.

In other sneaker news, Nike are re-releasing their iconic 2003 Shox Total TL silhouette this month.