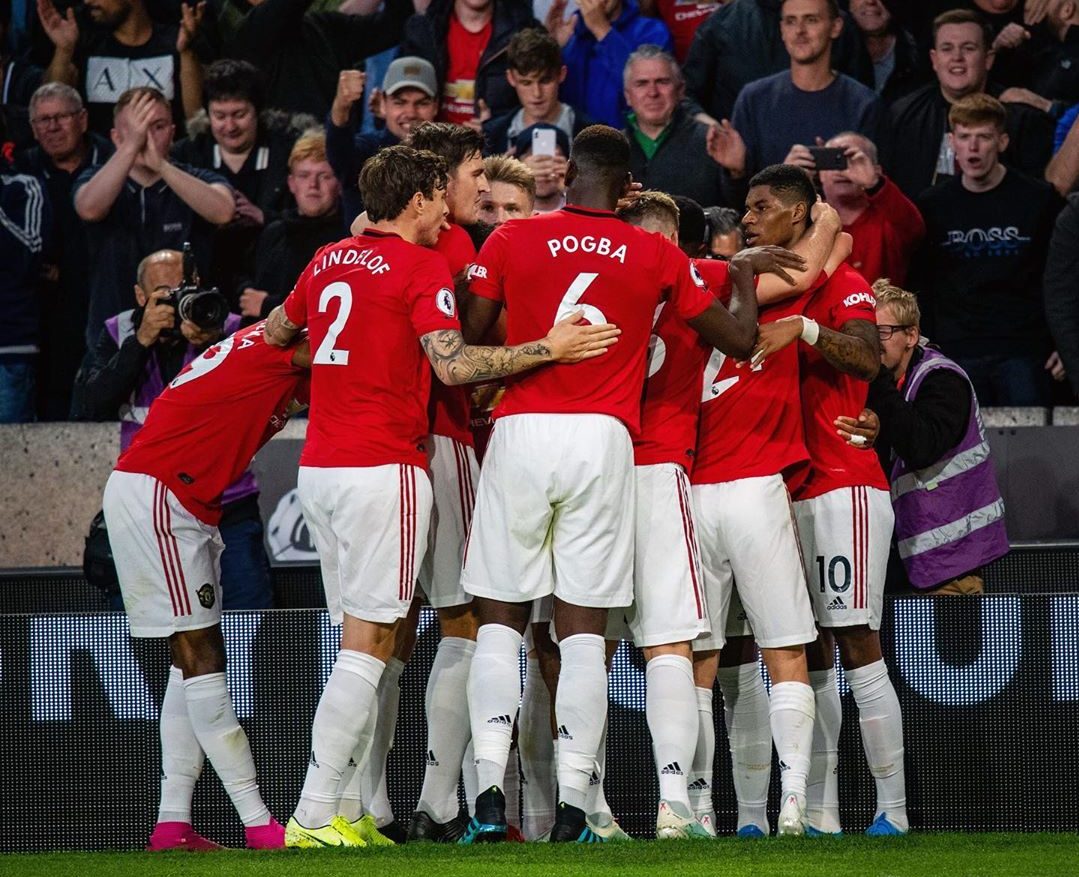 Manchester United midfielder Paul Pogba has been supported by his teammates after the Frenchman sadly became the latest player to be targetted by vile racist abuse after he missed a penalty in his club’s 1-1 draw with Wolves.

The World Cup winner received the backing of both his club and fellow United players Marcus Rashford and Harry Maguire after he was subject to racist abuse last night, with Manchester United releasing an official statement condemning the abusers and tweeting, “Manchester United has zero tolerance of any form of racism or discrimination. #allredallequal”.

Manchester United has zero tolerance of any form of racism or discrimination. #allredallequal pic.twitter.com/neapEz2FFa

The statement declared, “The individuals who expressed these views do not represent the values of our great club and it is encouraging to see the vast majority of our fans condemn this on social media also. We will work to identify the few involved in these incidents and take the strongest course of action available to us. We also encourage social media companies to take action in these cases.”

Marcus Rashford and Harry Maguire both came out in support of Pogba today, with both players directly @-ing Twitter and demanding more action to be taken against people committing the racist abuse while labeling it “Disgusting”.

Disgusting. Social media need to do something about it… Every account that is opened should be verified by a passport/driving licence. Stop these pathetic trolls making numerous accounts to abuse people. @Twitter @instagram https://t.co/bzow073aTw

The racist abuse is the latest in a recent wave of disgraceful racist abuse directed towards black players, following Tammy Abraham’s abuse after missing the decisive penalty for Chelsea in their 5-4 penalty defeat to Liverpool in the UEFA Super Cup Final.

Following that incident, Twitter have decided to discuss the ongoing incidents with Kick It Out, after accepting that much more needs to be done in order to crack down on the persistent wave of racism that exists on the social media platform at present.