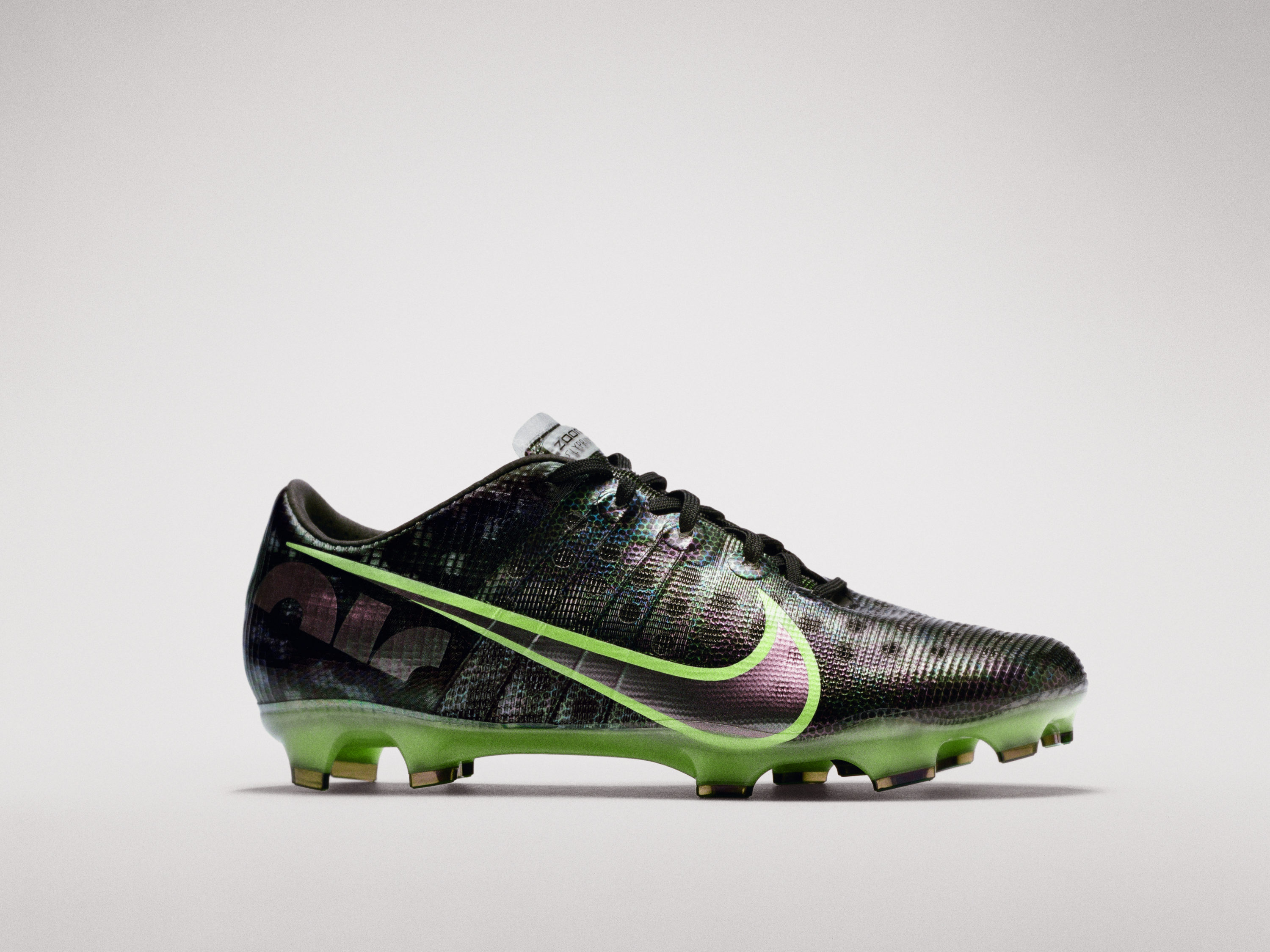 Nike has offered up a bold look to the future with its latest concept boot, the innovative Air Zoom Mercurial.

The Air Zoom Mercurial brings a Nike Air bag back to football boots for the first time in decades, with the boot built around a full-length Zoom Air bag that provides a unique underfoot sensation and enhanced energy return.

Only the internal sockliner separates the foot from the Zoom Air bag, resulting in unrivalled responsiveness from a football boot – Nike’s chief football designer says “you don’t squish into it so much as propel off of it.” The Zoom Air bag is visible – and in one area, exposed and touchable – underfoot. The boot’s upper is mostly translucent, meaning the boot looks very different depending on which socks the player is wearing.

Additionally – for the first time in football – the boot features a Nike Flyprint upper for increased lightness and dynamism. Flyprint is Nike’s first 3D-printed textile upper in performance footwear and debuted on the Nike Zoom Vaporfly Elite Flyprint, worn by marathoner Eliud Kipchoge.

While just a concept boot for now, the Nike Air Zoom Mercurial is most certainly showing us what the future of football looks like.