Bloomsbury Football, Super 5 League and Nike have announced a new partnership to create the 'Girls Super League', a major new competition that will platform the best young female ballers in the capital.

The partnership with Super 5 League, who are a five-a-side league provider for women and non-binary people, has been created to form more positive pathways for girls in football. The league will provide an opportunity for the best U9 – U15 girls teams across London to compete against each other on a major stage.

Bloomsbury Football is a charity that uses the power of football to improve the lives of young people in London. Having recently launched their own girls programme, they were aware of how important it is for girls to play competitive matches, and how difficult it can be to find regular, local opposition.

Speaking on the launch, England star Chloe Kelly said: "I am delighted to announce that I am now an ambassador for the Super 5 League and the Girls Super League. I believe in growing the women’s and girl’s game and I am so excited to start this journey and show that football is truly for all. The Super 5 League are a brilliant women’s organisation based in my home city of London, and with a brand new girls' league on the way next year, this is only the start. Watch this space!"

Ahead of the launch announcement, we spoke to Founder and CEO of Bloomsbury Football, Charlie Hyman about the new league and what it would mean for women's football. 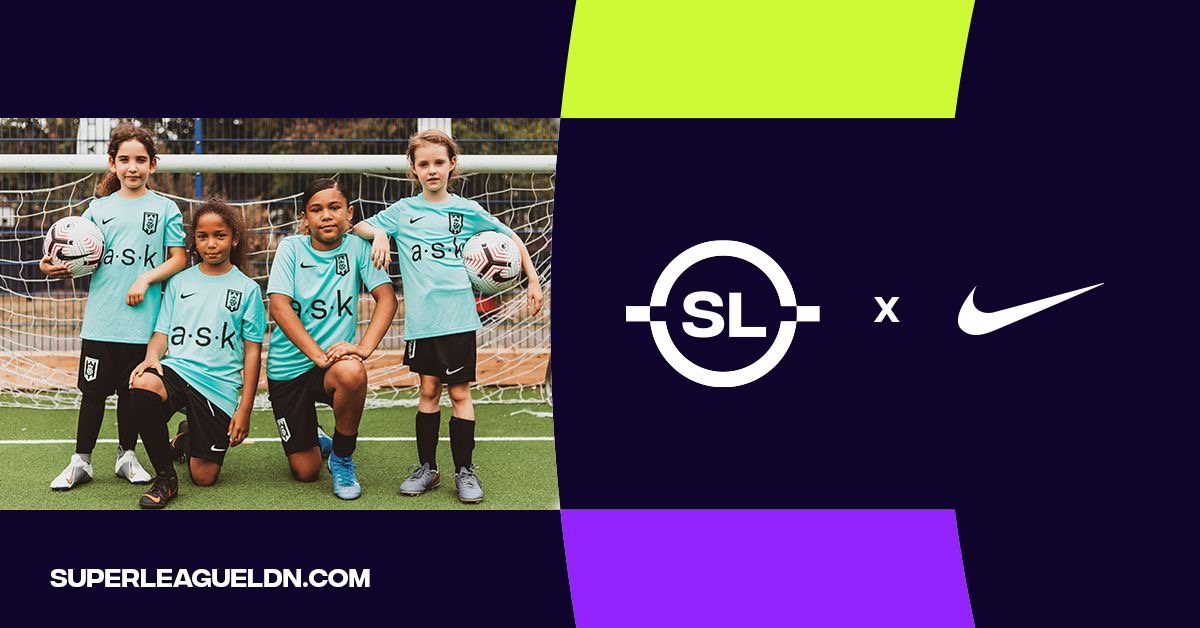 VERSUS: Why do you feel football is such a key tool in fulfilling your vision of social cohesion, plus physical and mental wellbeing?

Charlie: Football is a powerful social tool which brings together people from different backgrounds, and contributes to a more cohesive, and collaborative society. Cost is the biggest barrier to participation in sport and given the inter-borough disparity of wealth which you often find in London, our sessions are crucial in providing an equal opportunity for children from a diverse range of socio-economic, and ethnic backgrounds to build stronger communities through socialising and playing football together.

In terms of mental and physical health, football is absolutely vital. Currently, 1/3 of children are overweight or obese by the time they leave primary school, and 1/8 of 5 – 19 year-olds have at least one mental disorder. A lack of exercise is a key contributory factor with more than 50% of children not reaching the recommended level of 60 minutes of daily activity. Within these statistics, it is those from poor socio-economic backgrounds, BAME communities, and girls who suffer the most which again highlights the importance of our financial assistance programme.

Football is a remedy to these issues with demonstrably positive links between exercise and mental health. UNICEF says football is ‘a good entry point for the promotion of healthy lifestyles, including the values of physical fitness, proper nutrition and how to make choices that positively impact health’. Furthermore, football teaches children soft skills such as confidence, integrity, and teamwork, which can benefit them throughout their lives.

Why is it so important to ensure these girls have the access and ability to play in leagues?

A recent Women in Sport study found that 80% of girls feel that they do not belong in sport, which they perceive as being exclusively for boys. This has caused a psychological barrier to female engagement in sport. This, combined with a lack of opportunities (be it through financial or practical reasons such as lack of pitch space), has stopped girls accessing football. There are not enough girls only sessions, tournaments, or leagues which can inspire girls to participate in football. Providing these opportunities is essential in ensuring girls do not become discouraged from participating in sport.

By partnering with Super 5s and Nike to launch the Girls Super League, we are ensuring that our league is sustainable, which is vital in continuing long-term female participation in football. Super 5s run an extremely successful women’s league, which teams in our girls league can join once they turn 16. Similarly, the women’s teams will be encouraged to set up junior girls teams who can also then join the women’s league. Having this direct pathway from girl’s to women’s football will encourage girls to participate, and contribute to a more sustainable women’s game.

Having access to competitive leagues will also positively contribute to the professional women’s game as we hope that our league will become a hotspot for scouts to find elite talent. One of the ambassadors for the league, Chloe Kelly, grew up in London, near where the league will be held, and is now a full England international. We hope that Chloe’s story can act as an inspiration for girls to follow in her footsteps.

Initiatives like this from Bloomsbury are important for the game and are something we hope to see more of. A massive shout out to the foundation for continuing to give opportunities to those that need it the most.

More information on the Girls Super League is available on their website.