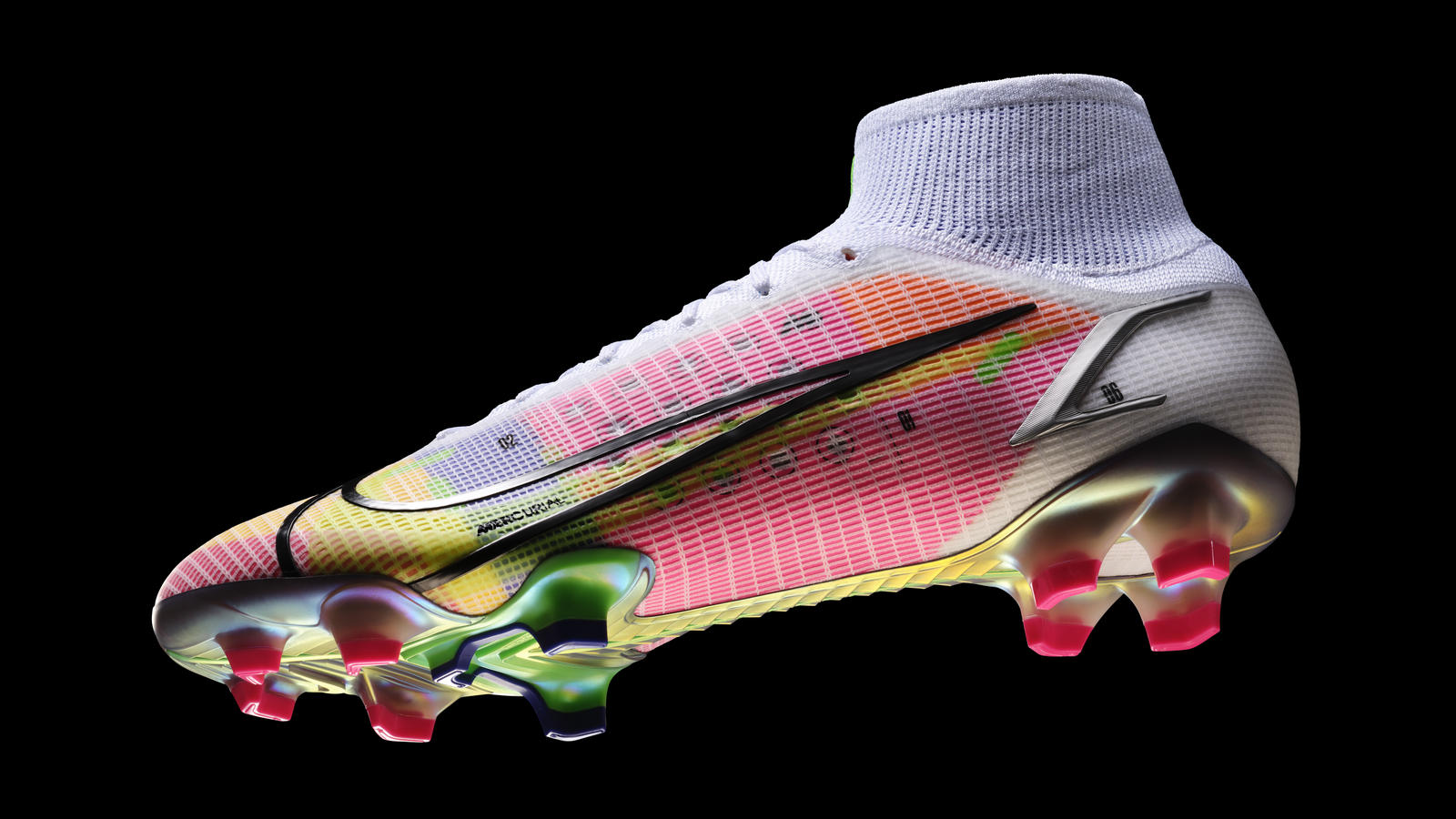 A fresh take on Nike’s “better is temporary” ethos, the new boots were designed with athlete insight with four main areas of focus: Fit, Touch, Traction and Style.

With these in mind, the design of the clean new Mercurial models draw on the natural geometry of a Dragonfly’s wing as the reference point to driving maximum efficiency with minimal weight. The result is a super-lightweight, efficient boot refined to seven key components, highlighted with an eye-catching aesthetic that supercharges the essentials of speed.

Evolving from the 2019 Mercurial 360, the boot introduces a new Vaporposite upper that combines a grippy grid mesh with premium lining for ball control at high speeds. A Nike Aerotrak plate brings responsiveness underfoot for quick cuts and acceleration, with the striking launch colourway using a digitalised psychedelic palette inspired by a computer motherboard, which pays homage to iconic Mercurials over the past 23 years.

The new Nike Mercurial Vapor/Superfly Dragonfly is set to be worn by the likes of Cristiano Ronaldo and Ada Hegerberg and will launch exclusively to to Nike Members on January 25, with full release arriving February 1.

Get a closer look at the models below. 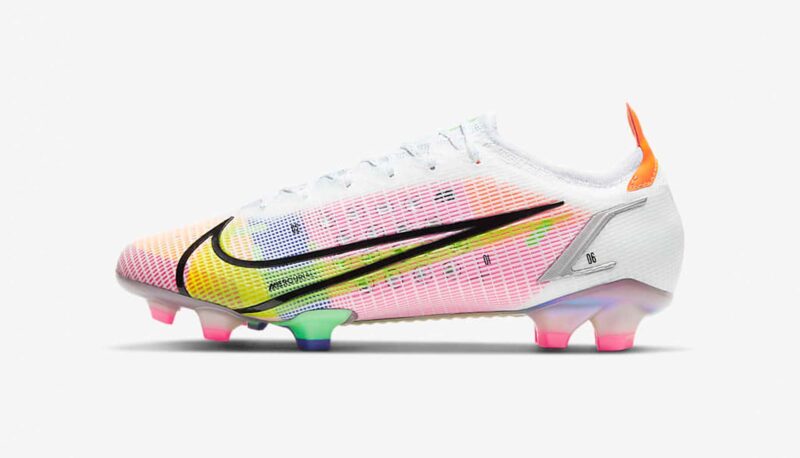 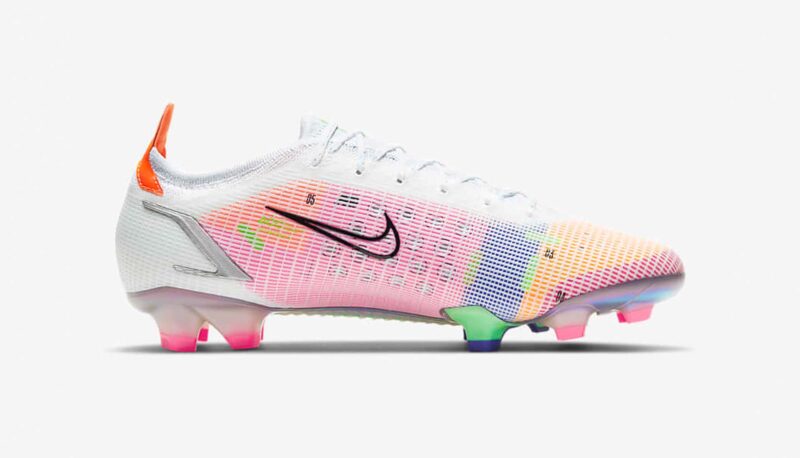 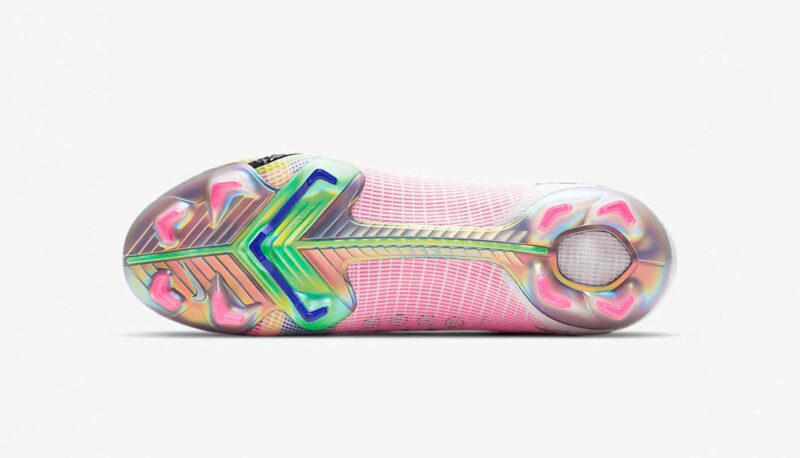 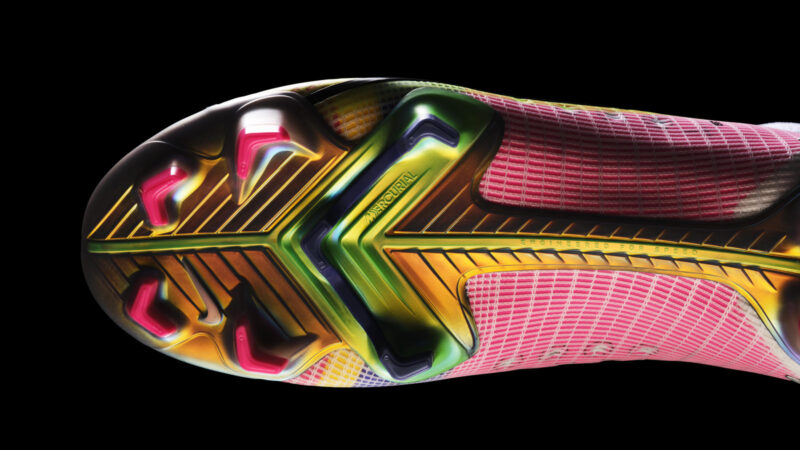 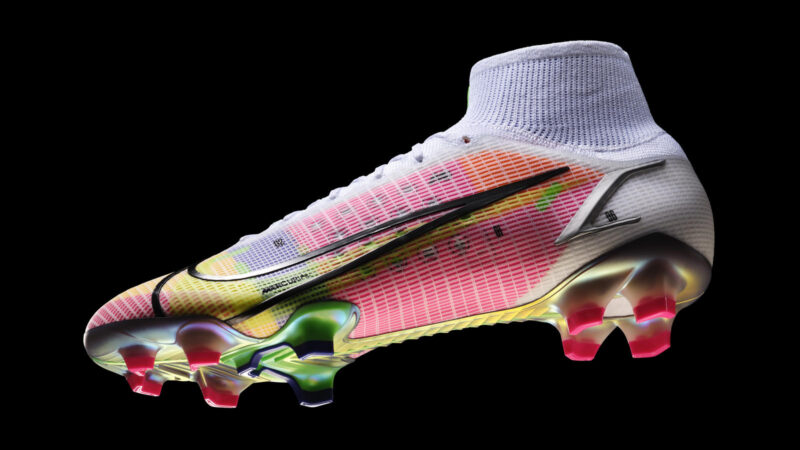 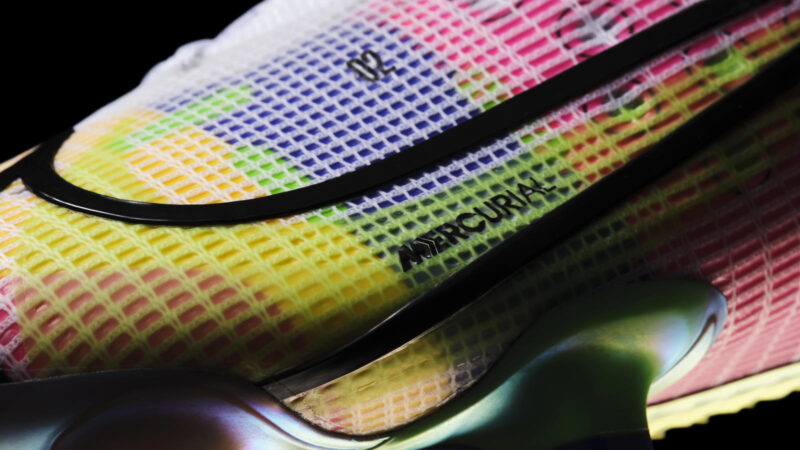 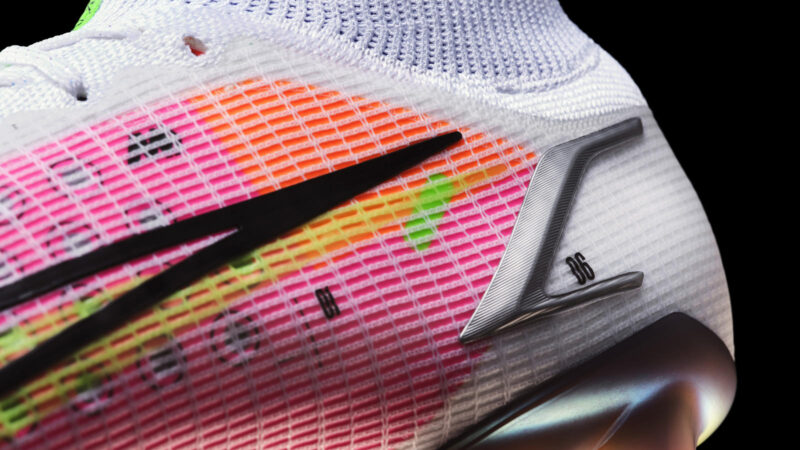 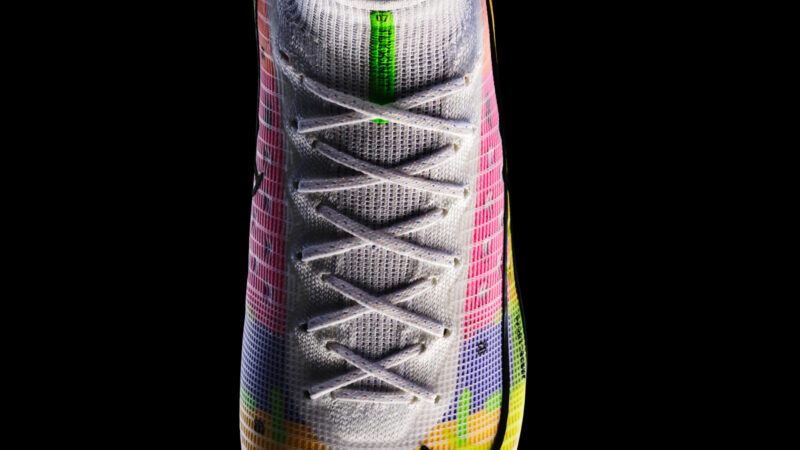