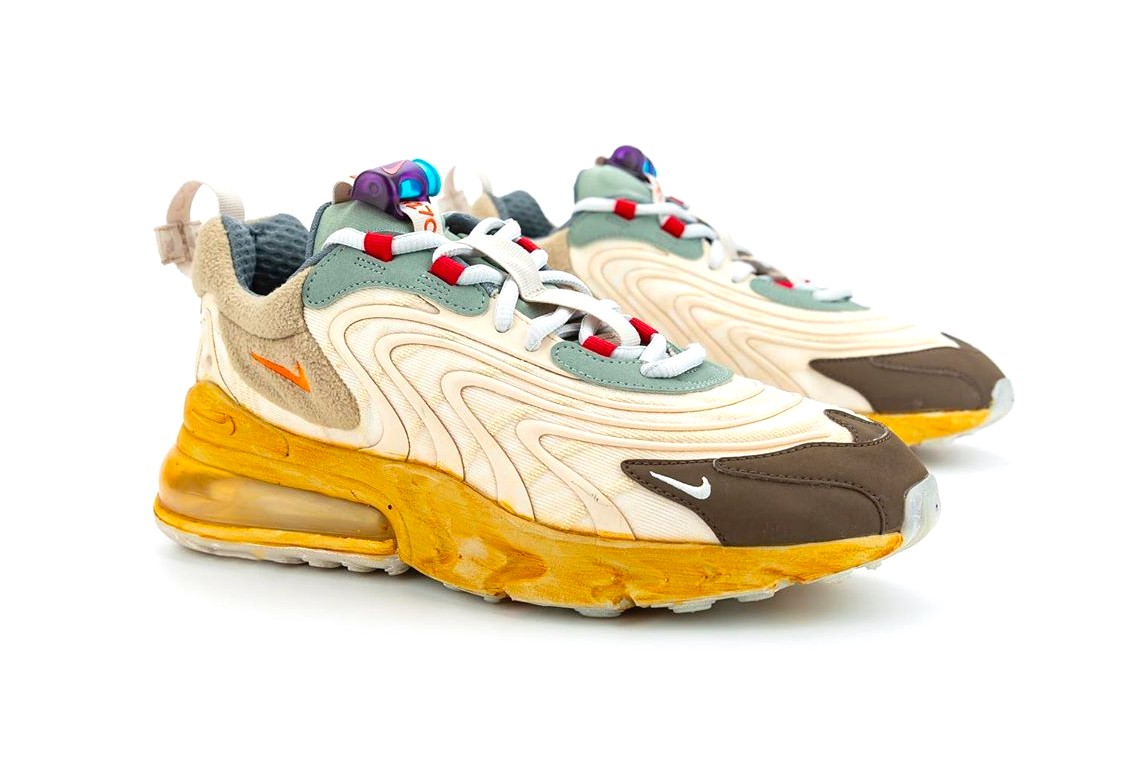 Nike will be linking up with Travis Scott on a Nike Air Max 270 React collab model.

Following a string of successful releases on a variety of Jordan and Nike models, La Flame’s latest collab with the Swoosh sees him take on the futuristic performance silo.

The upper sits on top of a yellowed React/Air Max midsole, with plenty of Swooshes arriving all over the model in varying colourways and “Cactus Jack” detailing on the heel tab.