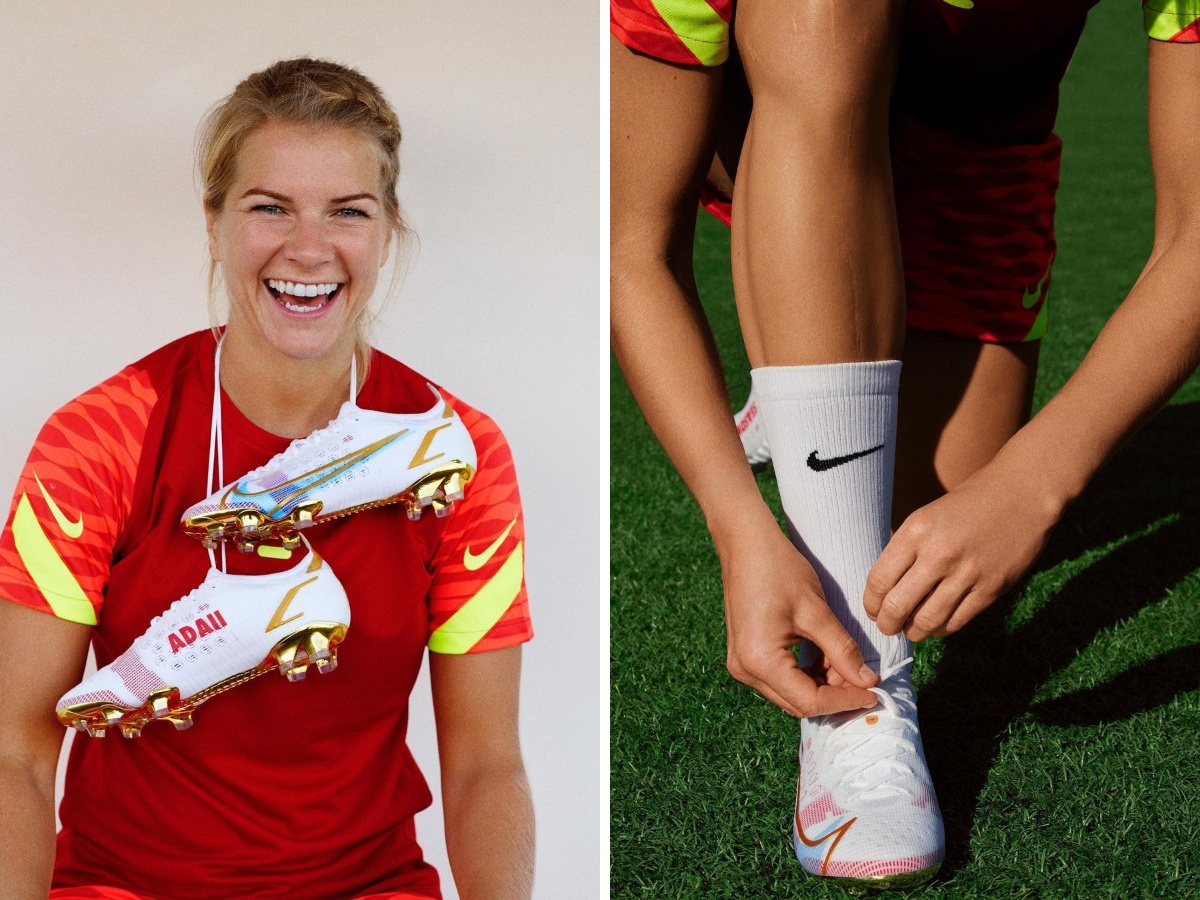 Season Zine have customised a pair of super-clean ​​Nike By You Mercurial Vapor 14 Elite boots for Lyon and Norway baller Ada Hegerberg for her big comeback from injury.

Hegerberg suffered an anterior cruciate ligament injury in January 2020 when she was dominating the game, having become the all-time Champions League goalscorer just a year after netting a hat-trick in the final as Lyon notched up their fourth successive title.

To celebrate her long-awaited return to the game Season linked up with the 26-year-old to deliver a personalised pair of boots featuring design details and storytelling that promotes their shared values of gender equality and self expression.

After telling reporters that Last week she was able to “feel like a kid again” after her come back, the starting point for Season was the very start of her career: recreating Ada’s first pair of football boots which were white, Nike and leather.‘White cleats are my favourite, it’s classy,” she told Season, “You just feel really fast with shiny white clean cleats. But I like a little flashy colour on the boot, a different coloured swoosh.”

Focussing on Hegerberg’s minimal Scandinavian fashion sense in mind, the boot also features red and blue detailing to reference the Norwegian flag alongside a gold swoosh outline and studs to toast to her status as an illustrious trophy winner. “To have some gold on the boot is iconic but you need to perform in order to deserve the gold.”

The inside of one boot reads ‘SEASON’, a nod to the team effort, and on the other ‘Ada II’ to represent her evolution. ‘You’re not the same player as you were before the injury,’ she said, ‘And I mean it in a positive way. [Now] I know myself and my body, the main goal is to score many goals with these boots. That’s what I live for.’

You can and customise your own Mercurial Vapor 14 Elite boots via the Nike website now. Get a closer look at Ada flexing the boot below. 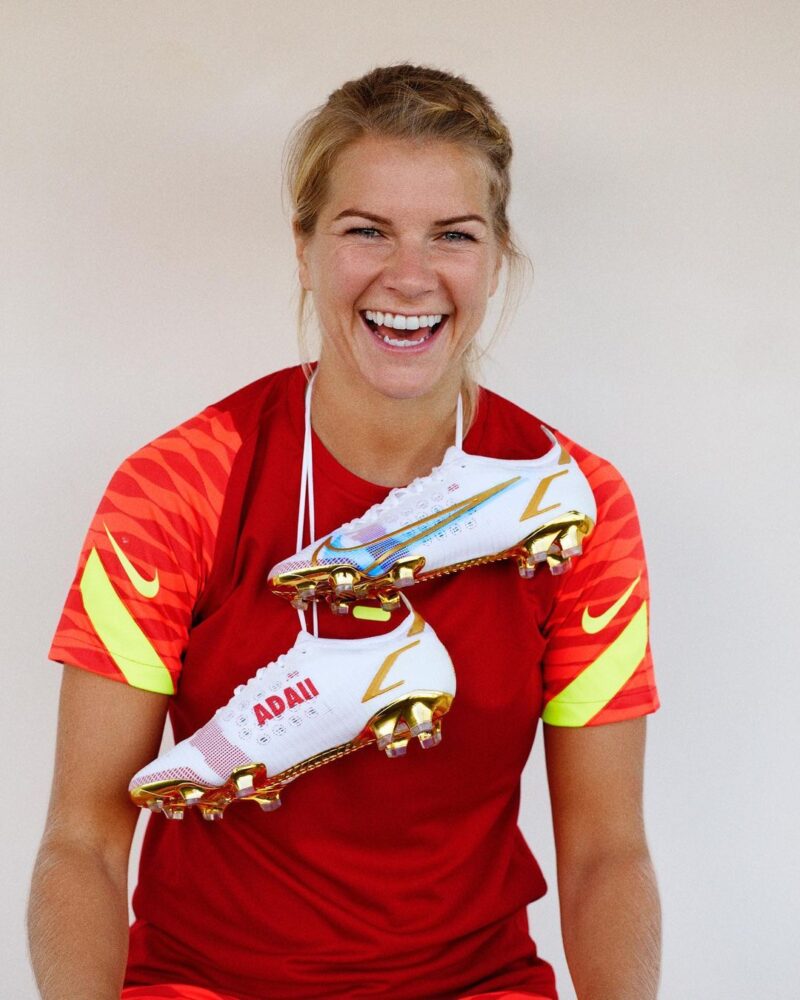 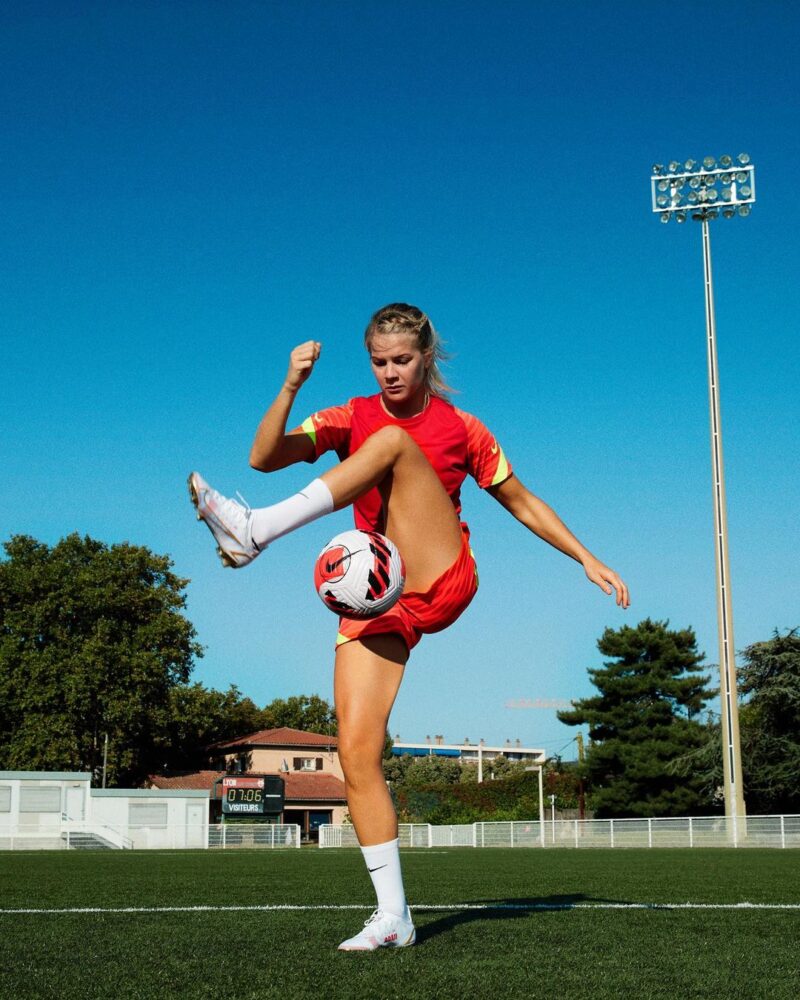 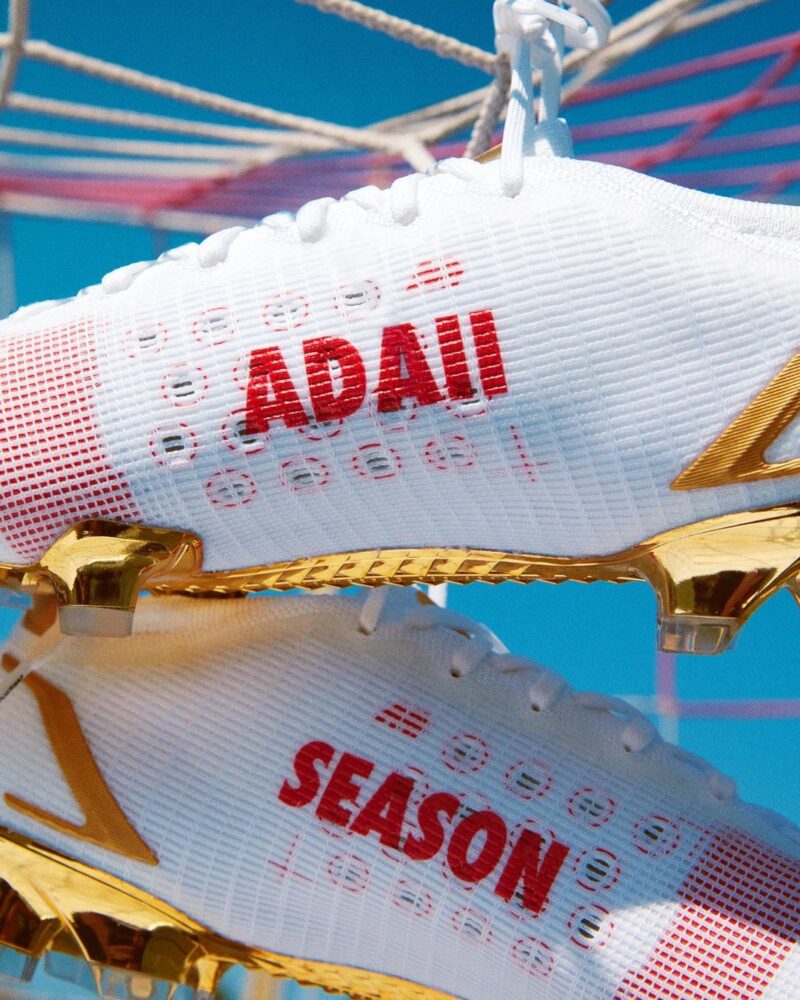 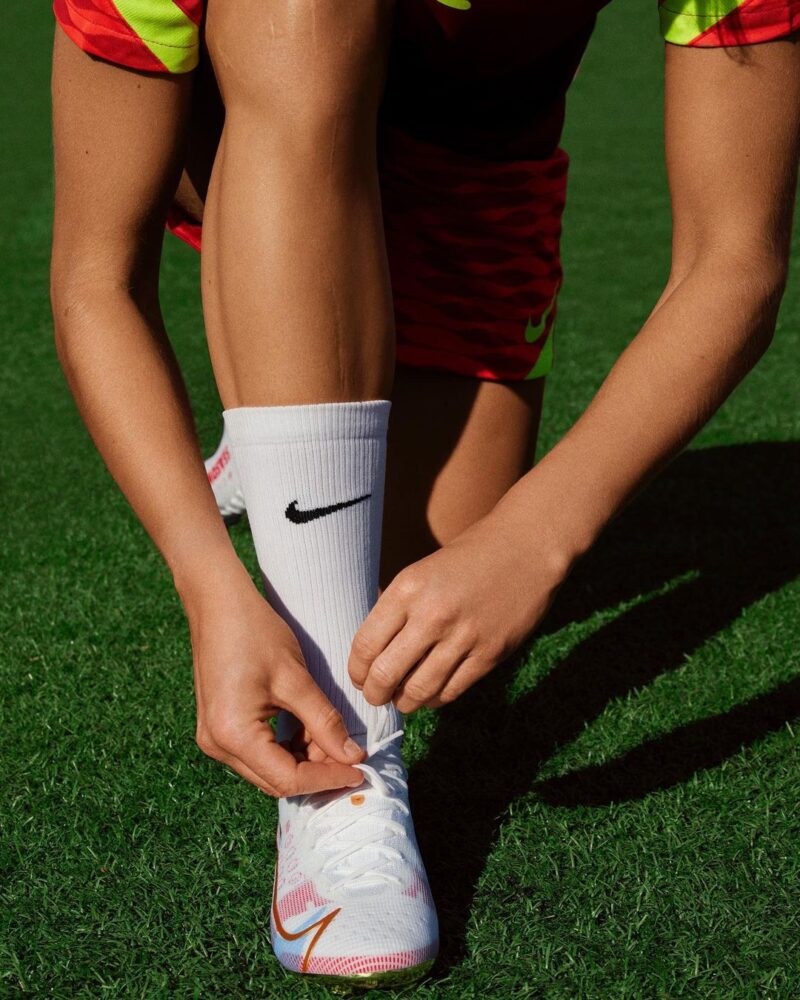 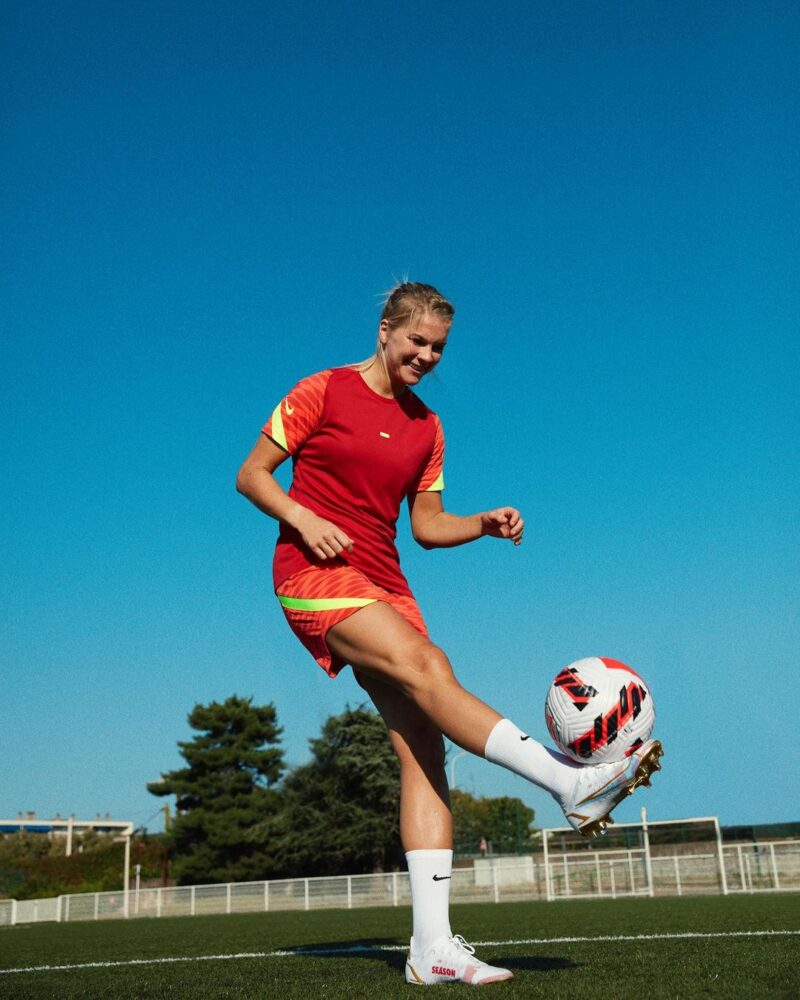