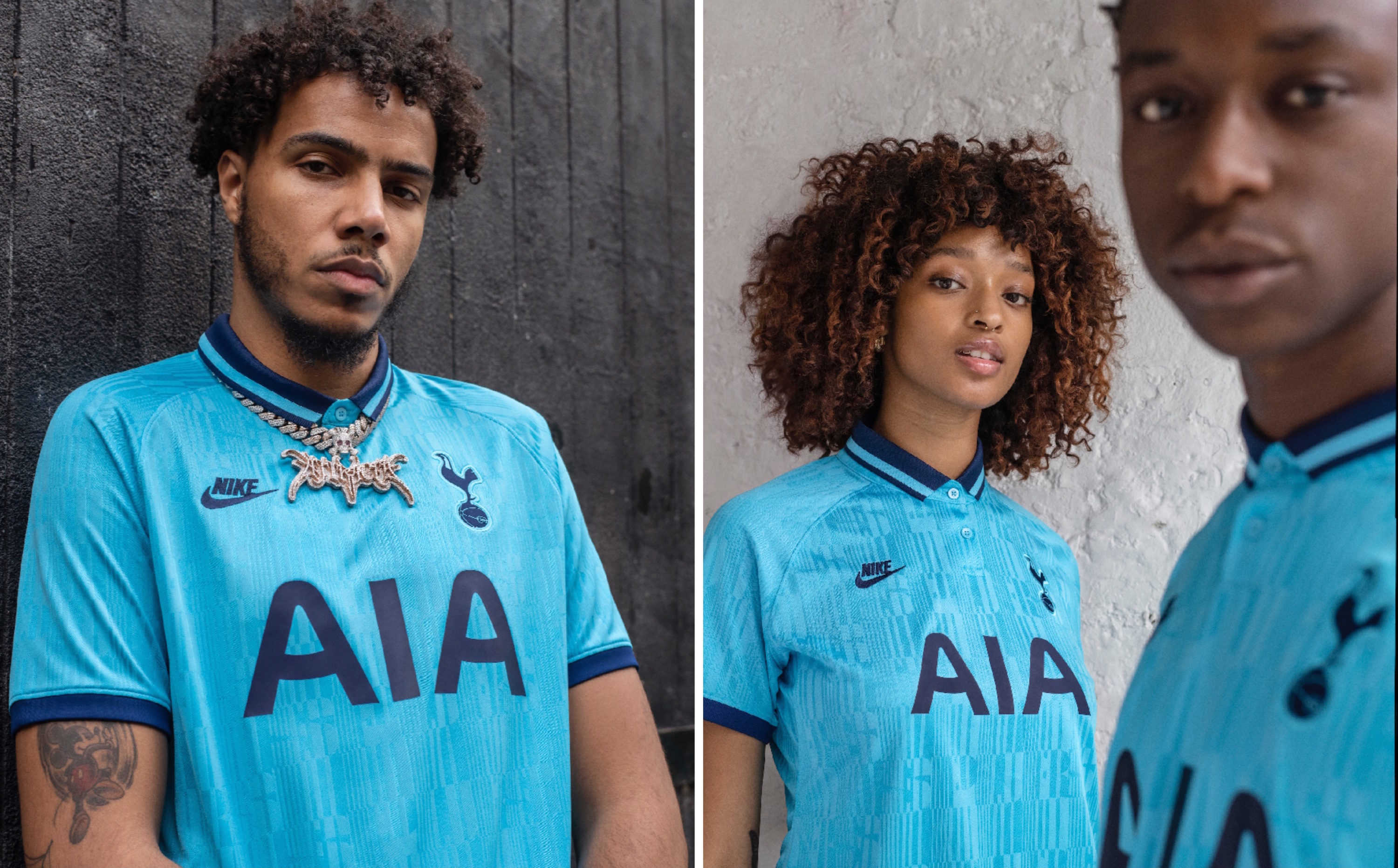 The wavey new kit will be debuted by the Spurs later this month when their European campaign begins. The shirt pays tribute to iconic players of the past by bringing back the famous shade synonymous with the talent that helped carve the way for the club’s future success.

The kit features numerous nods to the ‘90’s, with the club crest dressed with a throwback trim and Nike’s ‘Futura’ Sportswear logo featuring on the design, which is set to run across the rest of Nike’s third kits this season.

The jersey also features a nostalgic ‘Spurs’ graphic running across in a matte/shine jacquard design. The kit is then accented with a dark blue trim on the sleeve and features a classic button-down collar, with the same dark blue detailed on the shorts and is highlighted on the kit’s light blue socks.

Nike tapped lifelong Spurs fan AJ Tracey to launch the new jersey, and the Ladbroke Grove MC is a big fan of the new strip, saying: “It’s one of my favourite jerseys for sure, the light blue pops and the retro aesthetic goes down well. I can’t wait to wear it to the European games especially this season.”

“Everyone will see the retro influence, it’s a tribute to the jersey culture of the 90s,” said Tottenham and England forward Harry Kane. “When you see the light blue you think of those players that paved the way, and I hope this year we can wear it with pride to go all the way.”

Get a closer look at Spurs’ 2019/20 third kit below, which will be available from nike.com from tomorrow, September 4th. 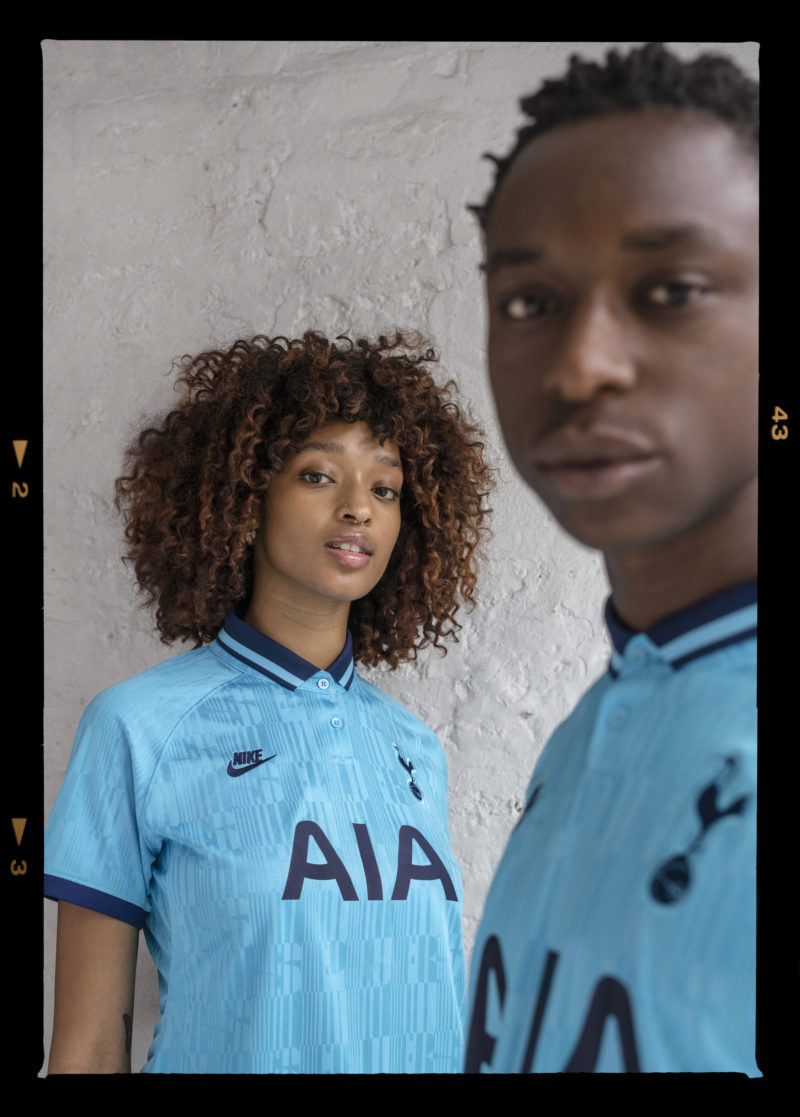 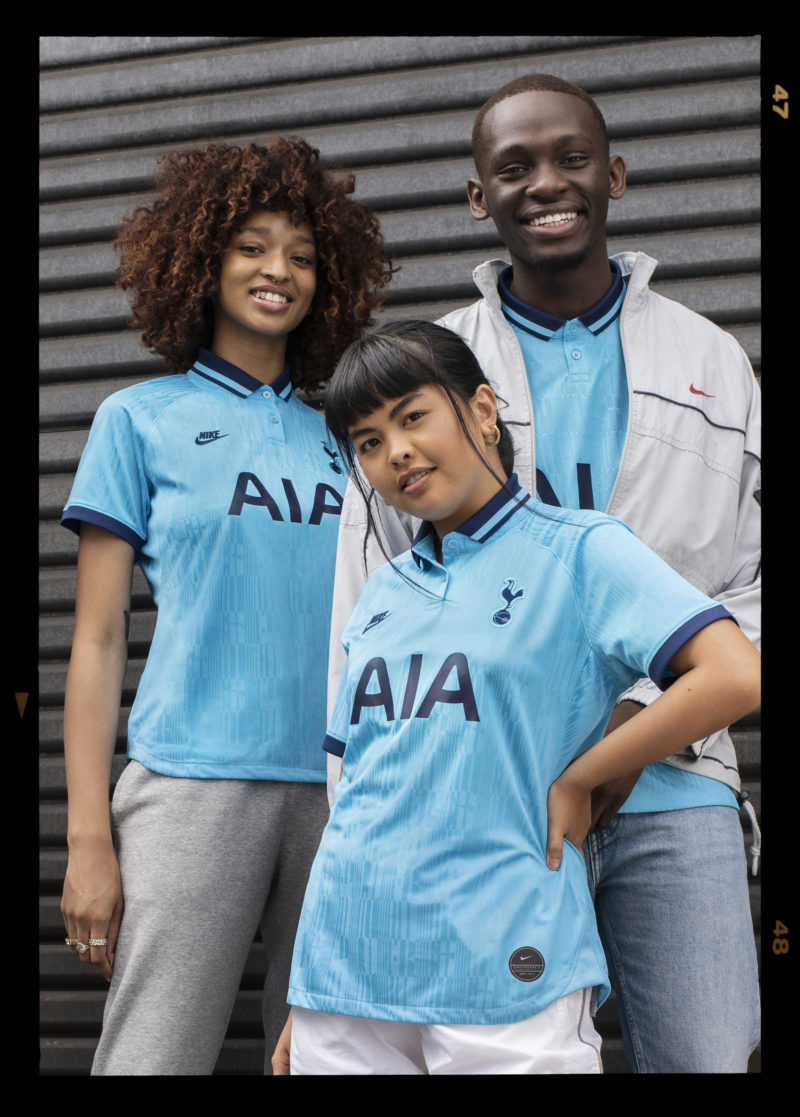 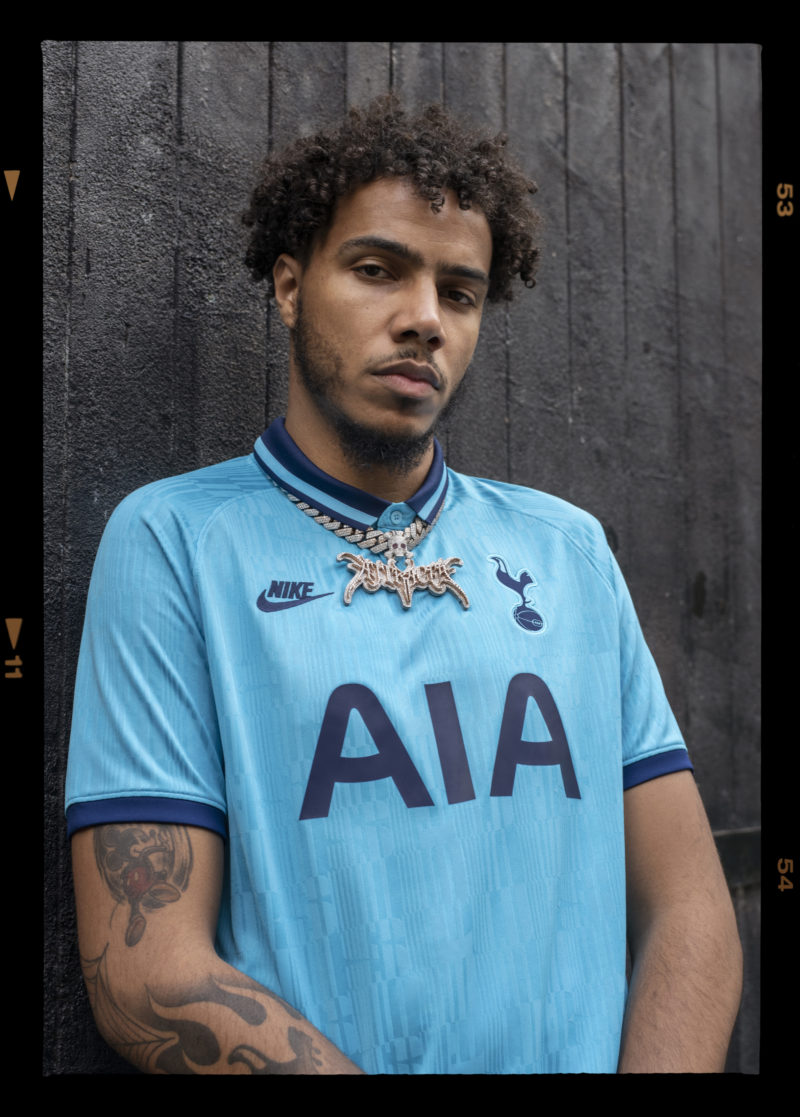 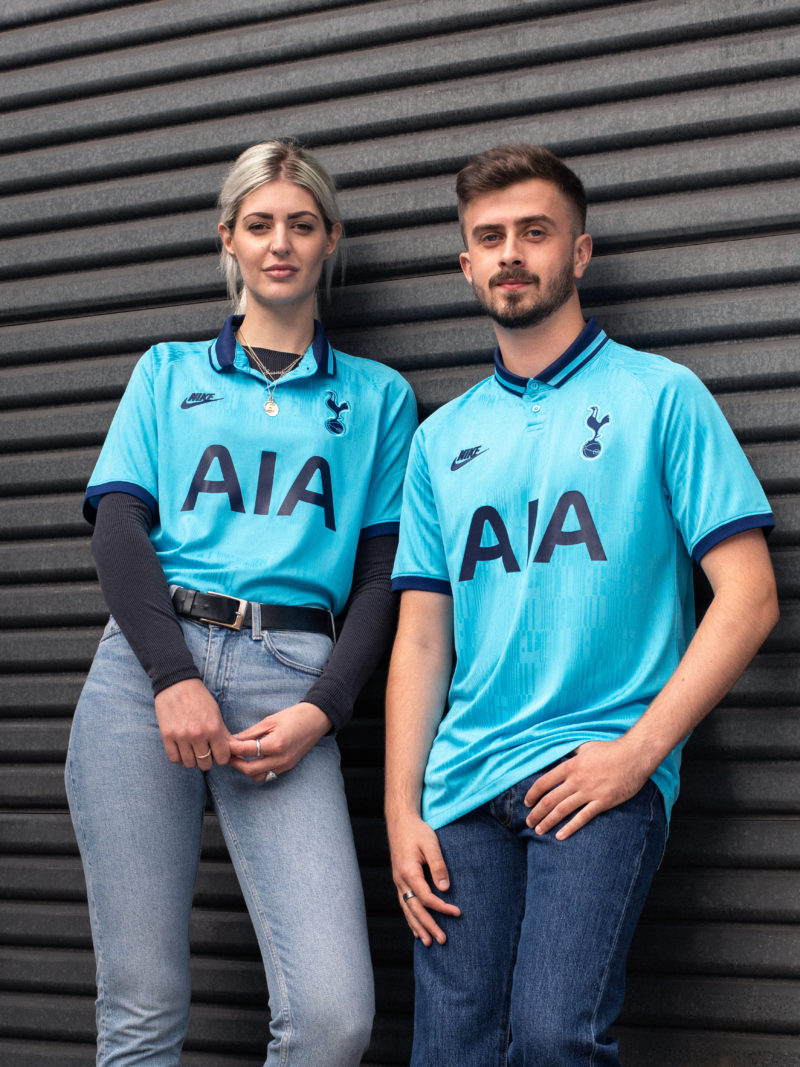 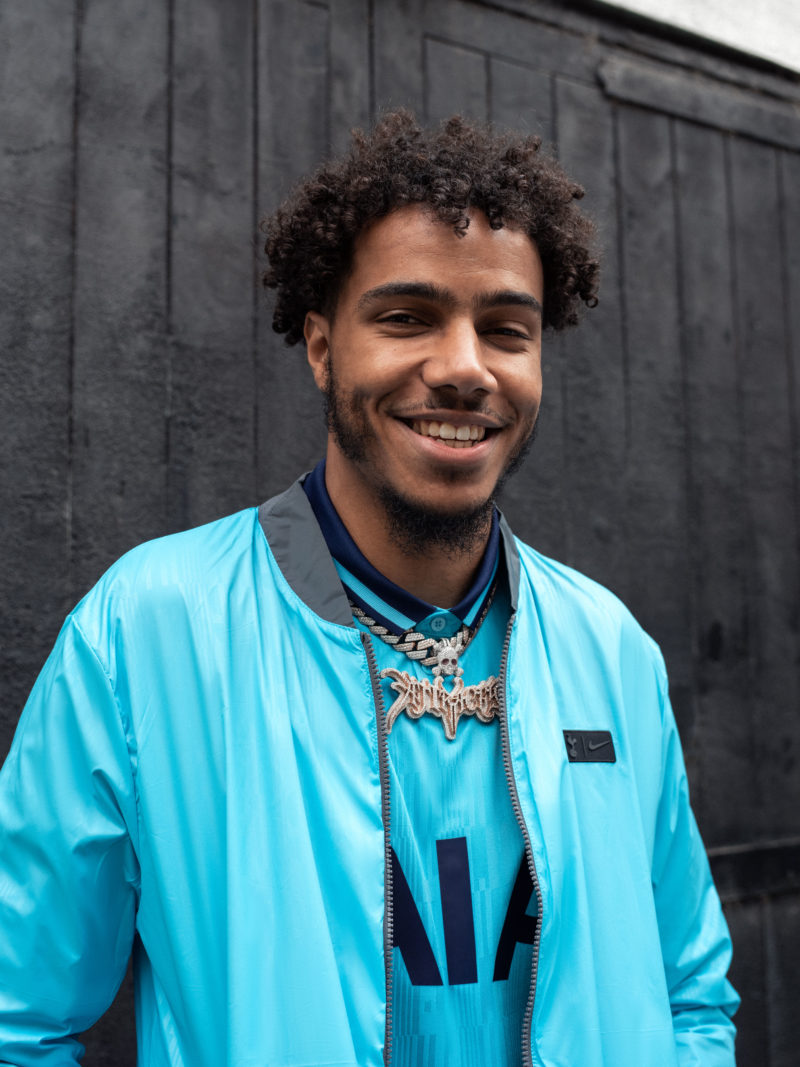 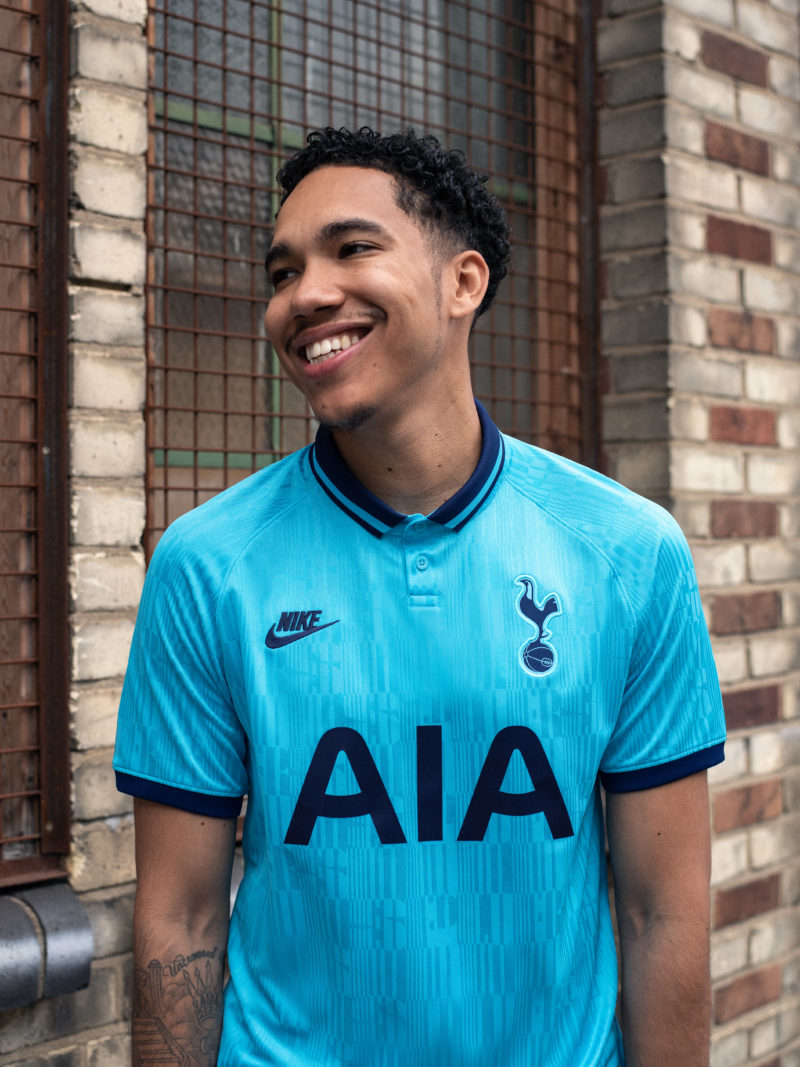 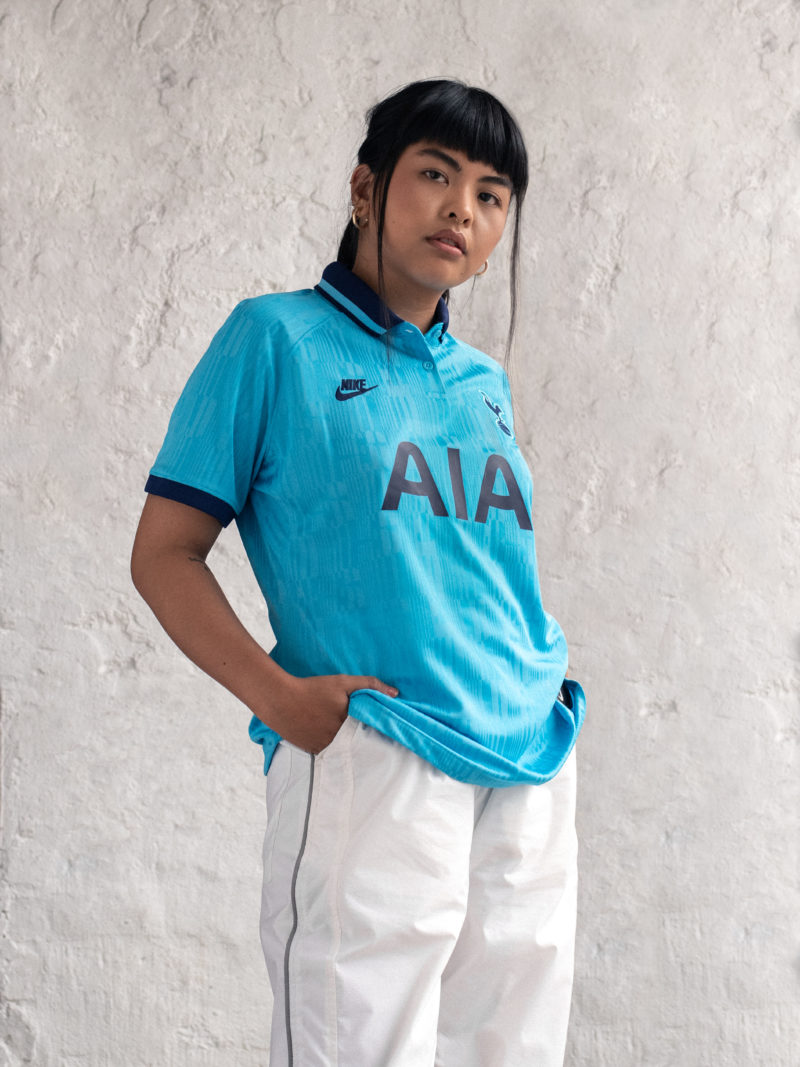 In other football shirt news, PUMA and Manchester City drop off a timeless capsule collection for the club’s 125th anniversary.