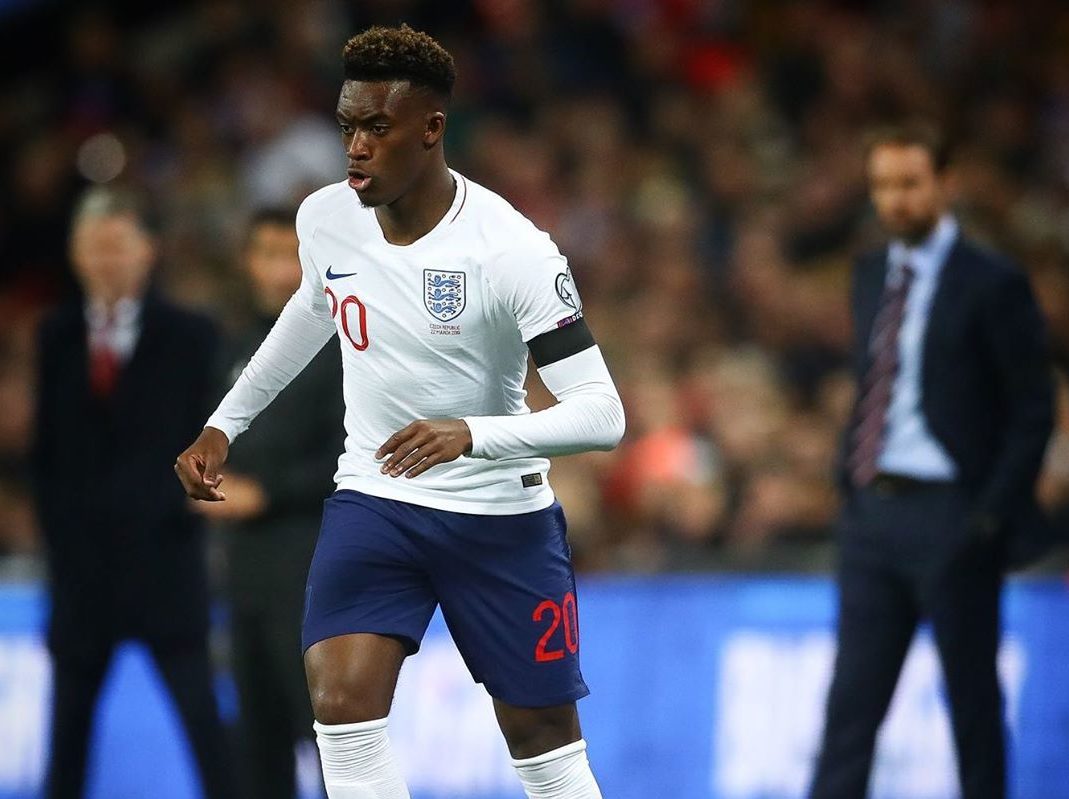 Chelsea baller Callum Hudson-Odoi has spoken on how proud he is of England’s senior players after the Gareth Southgate’s men showed the rest of football how to deal with racist abuse in their game against Bulgaria on Monday evening.

The Chelsea winger suffered abuse on his first start for the Three Lions in Montenegro last May – which he rightly described as “evil” at the time – and spoke out against the racism his England teammates received this week.

“It’s disgusting to hear or see players getting discriminated against. It’s not right. I say to myself whenever that happens you have to stick together as a team, which the boys did.”

After players including Raheem Sterling, Tyrone Mings and Marcus Rashford were subject to abhorrent racism from Bulgaria fans in the first half, the Three Lions refused to keep calm and play on – instead requesting that the game be stopped on two separate occasions so match officials could get control of the situation.

Agreeing that the England players showcased exactly how to react, Hudson-Odoi said, “I am really proud to see the boys stick together in those situations where they say they would walk off the pitch. It is right because no player should be treated differently. We’re all equal and it’s an equal game, so we have got to stay strong. Hopefully everything will be sorted out properly by UEFA.”

Calteck will be looking to get back into the senior set up once again after absolutely lighting up the pitch with an unreal brace against Austria in England U21s game on Tuesday. The 19-year-old scored his first-ever goals for his country in the fixture, firing in a stunning first-time volley from a Max Aarons cross before going on a saucy end-to-end run from in his own half before cooly bending it past the keeper from outside the box to grab his brace.

.@Calteck10 is looking better than ever after his return from injury ?

What a saucy run and finish from 20 yards. You love to see it. pic.twitter.com/9uqBdALTnk

In other Young Lion news, Phil Foden, Mason Mount and Jadon Sancho have made a 20-man shortlist for the 2019 Golden Boy Award.