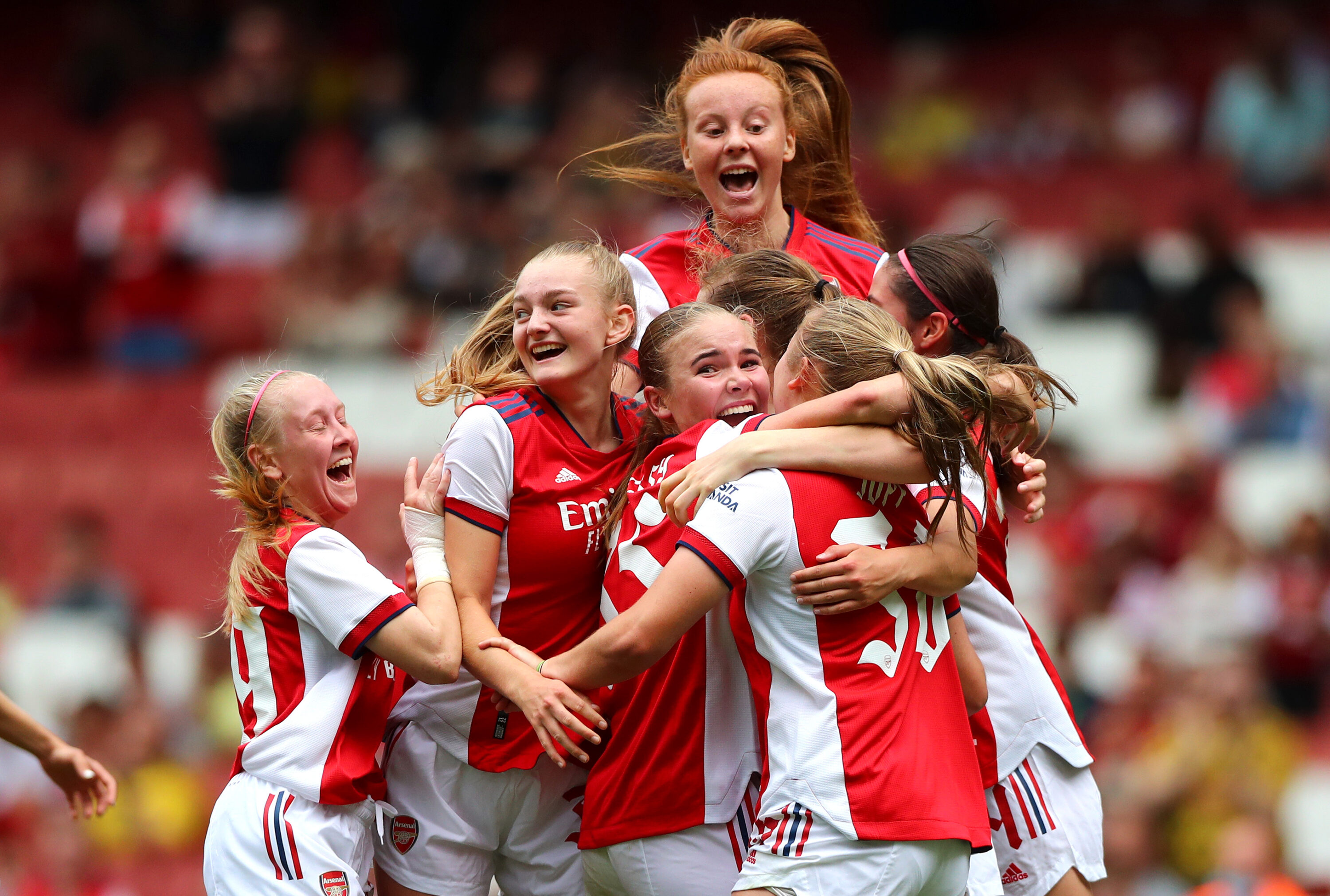 Arsenal Women just announced that two of their Barclays FA Women’s Super League matches this season will be hosted at the Emirates Stadium.

The Gunners’ opening match of the season against back-to-back WSL Champions Chelsea, will be hosted at the iconic stadium on September 5, while plans are also being put in place to host rivals Tottenham Hotspur in the North London Derby on March 27 2022.

“We’re delighted to announce that we will play at least two competitive women’s fixtures at Emirates Stadium this coming season.

These games provide us with an exciting opportunity to showcase our world-class talent to more people than ever before; both through the matches at Emirates Stadium and also as a result of the new WSL broadcast deal, which will give high-quality access to live matches to huge audiences around the world.”

After two third-place finishes, Arsenal are looking to fight their way back to the top of the table under new Head Coach Jonas Eidevall, accompanied by two huge summer signings in Japanese international Mana Iwabuchi and Champions League winner Nikita Parris. The Netherlands and WSL all-time top goal scorer Vivianne Miedema is set to stay at Arsenal, despite rumours circulating online that French giants Lyon wanted to sign the striker.

A home win against Chelsea, who boast the likes of Sam Kerr, Pernille Harder and teenage sensation Lauren James, would give the Gunners the best possible start to their campaign, and to do it at the Emirates would be an added bonus.

The WSL comes to Sky Sports for the very first time this season and marks the beginning of a three-year deal between Sky Sports and the FA to become the league’s primary broadcaster. Former England and Chelsea captain Karen Carney was announced as their primary pundit ahead of the 21/22 season.