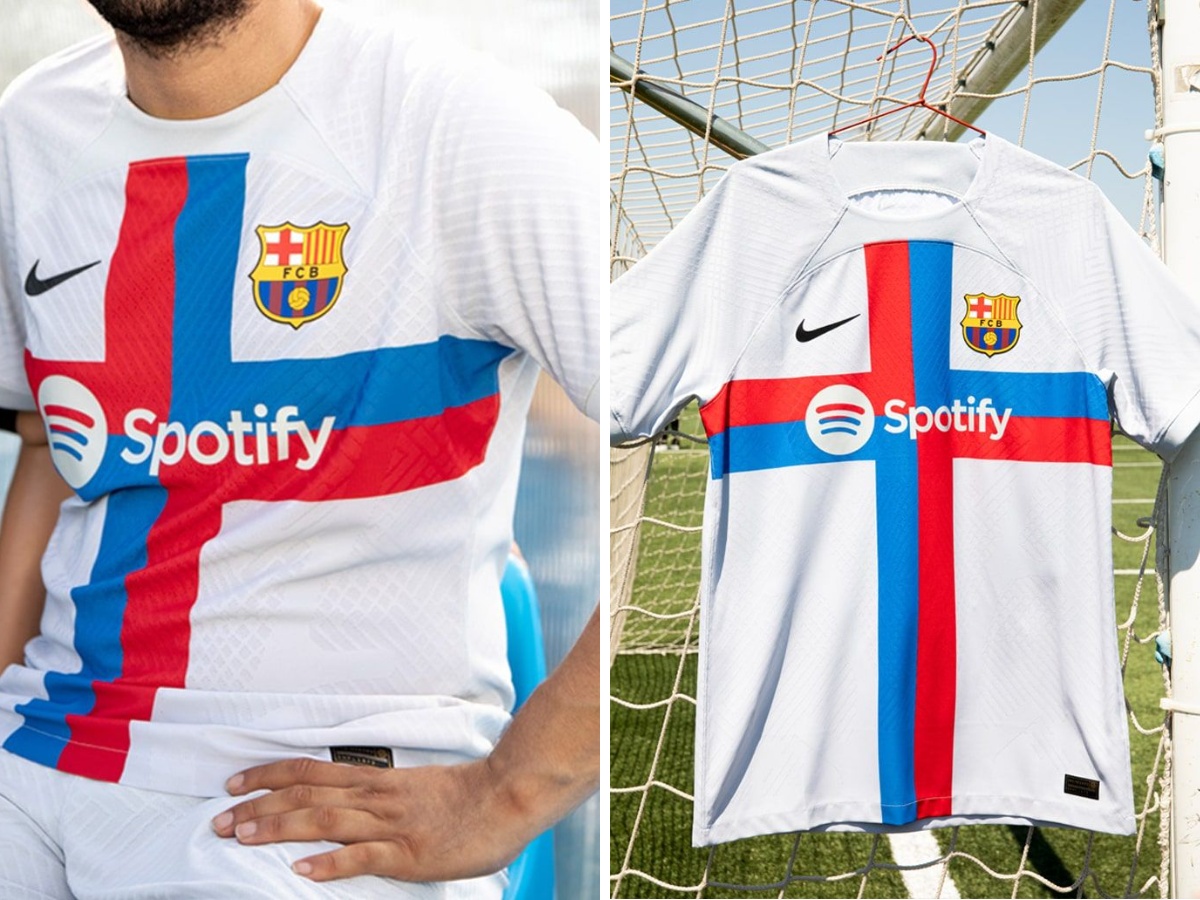 Nike have just dropped off Barcelona’s 22/23 Third Kit, which sees a light grey colourway with a striking cross graphic made up of the Blaugrana’s classic colour combo of blue and red.

With Barca being delivered a couple of strong home and away shirts this campaign, the third serves up another eye-catching and imaginative look, with this design inspired by the Creu de Sant Jordi – Cross of Sant Jordi – on the 30th anniversary of the presentation of the award of that name to the club.

The club’s social commitments are manifested in this strip through the prominent presence of the Cross, with 2022 marking the 30th anniversary of the awarding of the Sant Jordi by the Government of Catalonia to FC Barcelona. Barca was given the award in recognition of its contributions to the betterment of society and its leading role in the promotion of sport, as well as its values in relation to sport, civic duty, and solidarity.

The Third Kit arrives in the new Nike authentic 22/23 Vaporknit template, which features a wavey new knit pattern that is also set to feature in the 2022 World Cup template, with a modern, fitted template allowing more dynamic movement thanks to panel cuts inspired by base-layer compression wear.

The shirt will be worn for the first time tonight Barca’s friendly against Manchester City, and will not be exclusive to European competitions – instead alternated with the first and second kits in the different tournaments.

Get a closer look at Barca’s 22/23 Third Kit below and cop it now via Nike. 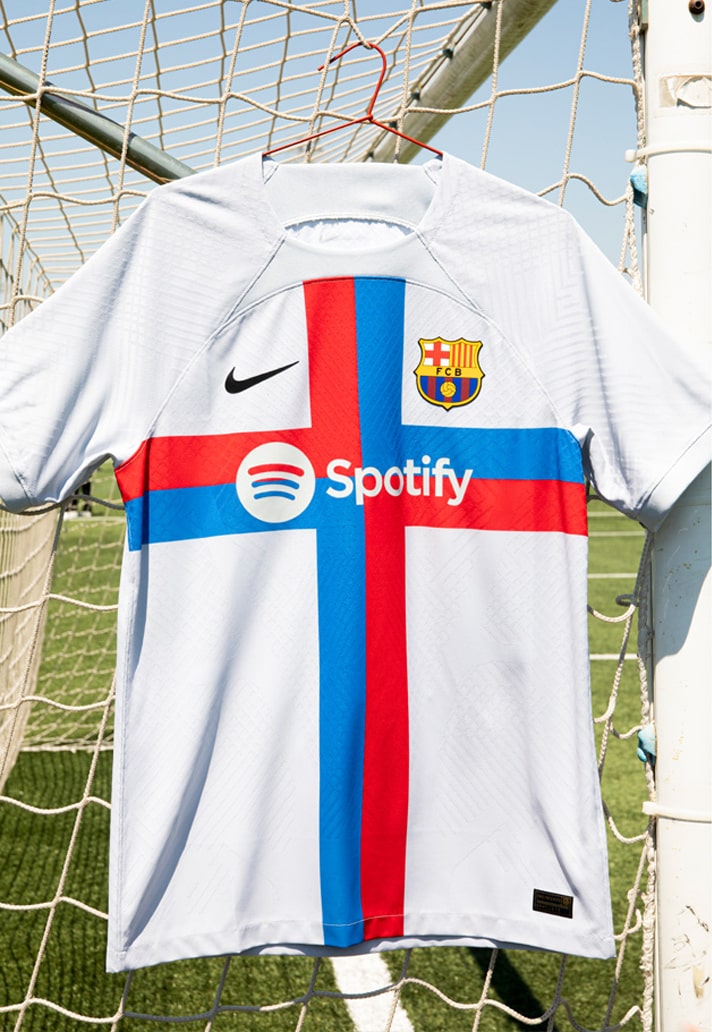 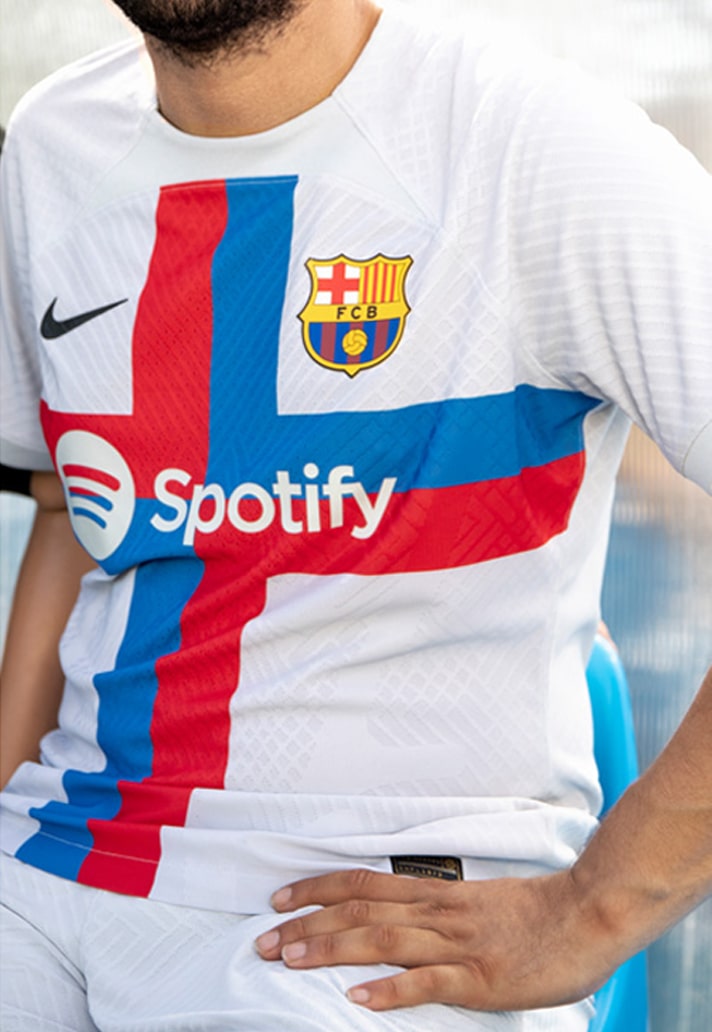 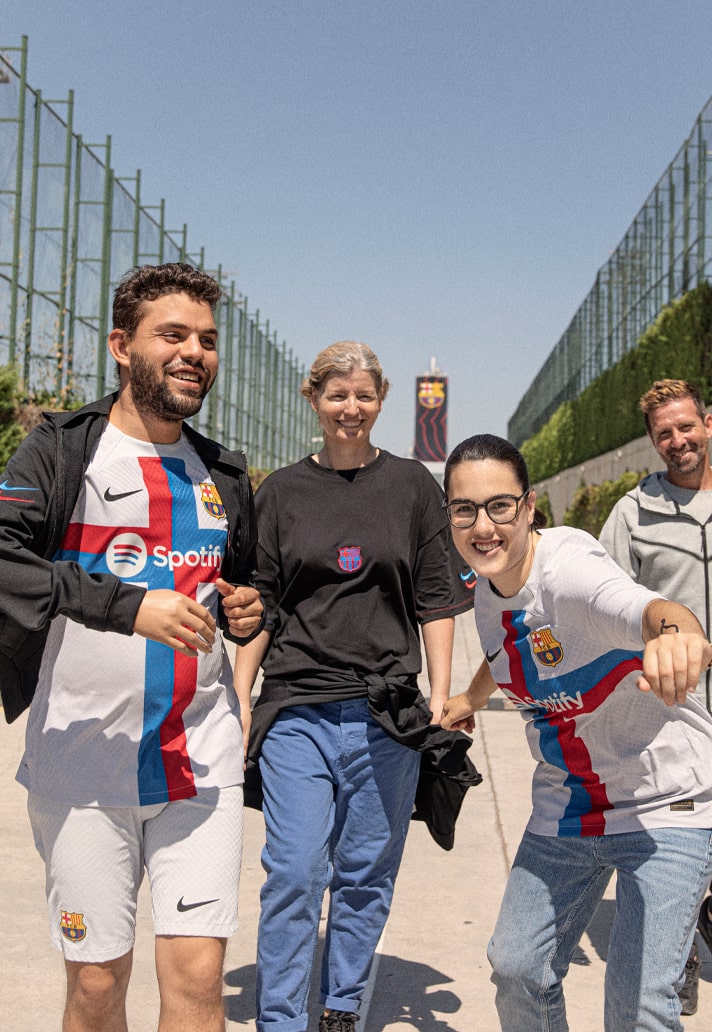 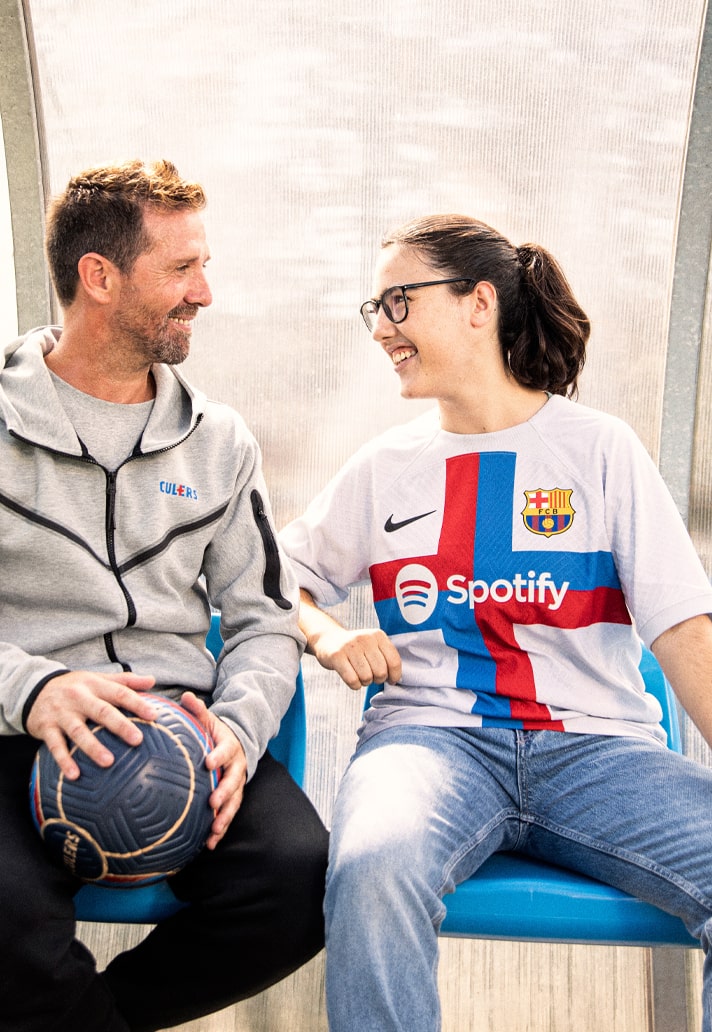