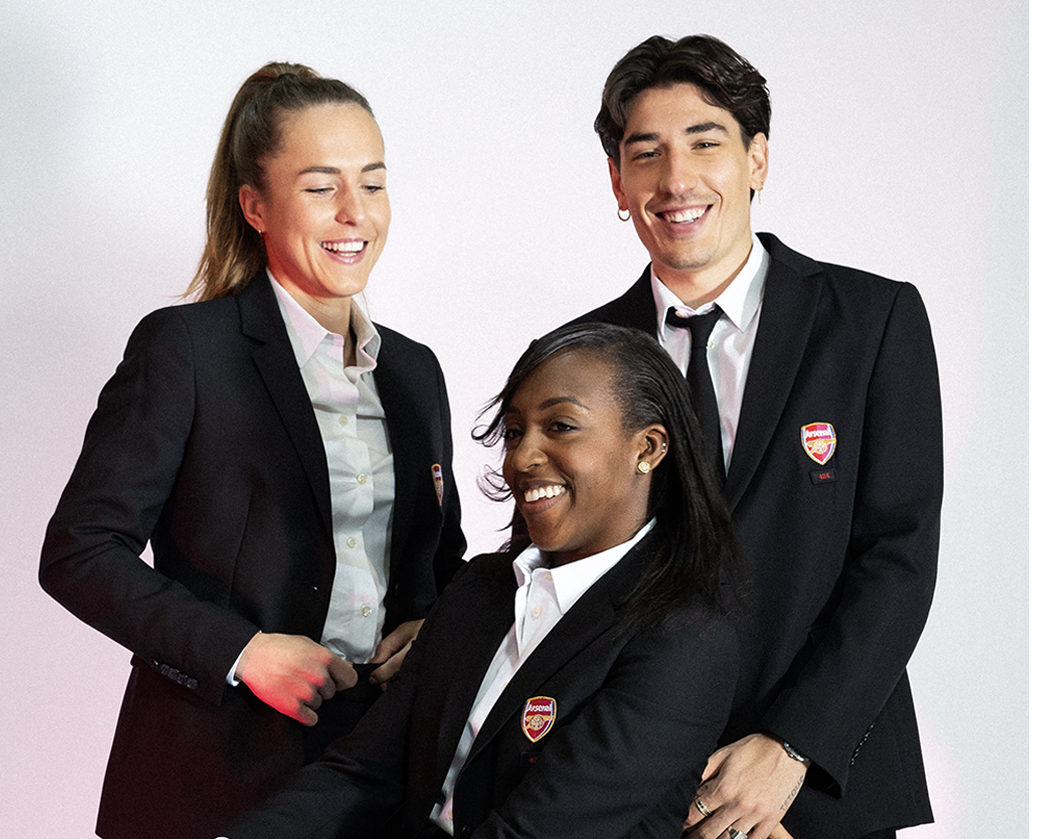 Driven by co-founder Guillermo Andrade’s friendship with Héctor Bellerín, his life-long support of Arsenal and love of football, the partnership between Arsenal and 424 has seen the contemporary streetwear label enter the world of professional sport for the first time.

424 is widely recognised for their cutting-edge creations that are “born out of a love of fashion, lifestyle and art”, with the label having previously linked up with Hummel for a capsule collection fronted by Wilfried Zaha and a favourite of artists such as Bad Bunny, Trippie Redd, Kid Cudi.

Speaking about the landmark moment, Arsenal Commercial Director, Peter Silverstone, said: “We are very pleased to introduce an Official Formal Wear Partner for Arsenal Women for the first time in our history. Arsenal Women are the most successful women’s team in English football and one of the most followed women’s sports teams globally on social media. It’s fitting that they will wear their new 424 suits ahead of a cup final, and we hope we can kick off this exciting and innovative collaboration with a cup victory.”

424 co-founder Guillermo Andrade said: “We are proud that 424 have designed the formal wear for Arsenal Women, the reigning Women’s Super League champions, for the first time in the club’s history. This season has been a dream come true for me as an Arsenal fan, I look forward to taking another step forward seeing the women’s wear come to life.”

Get an exclusive look at the 424 x Arsenal Women suits for the first time below. 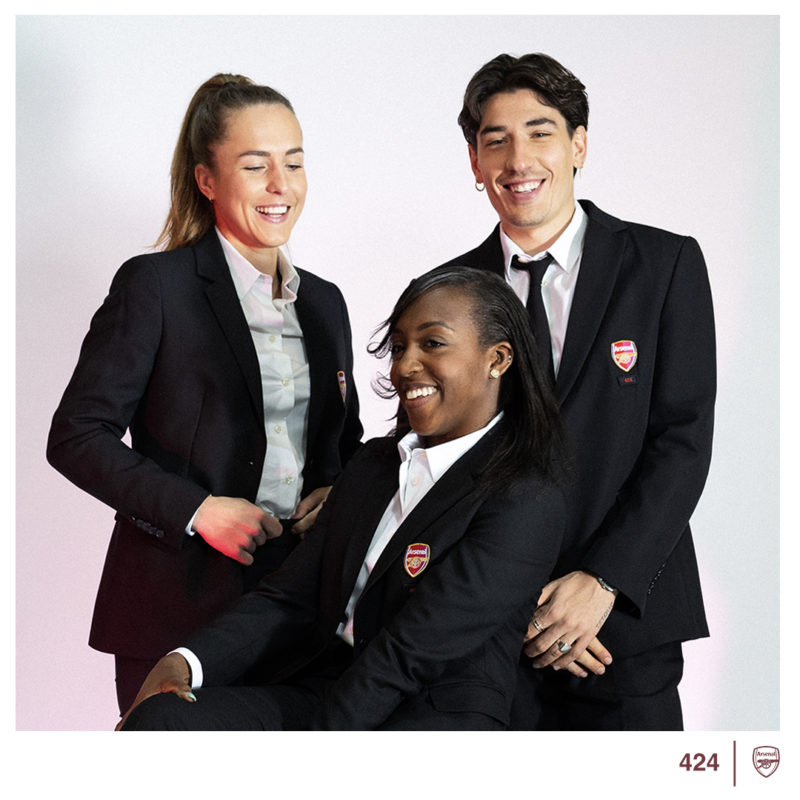 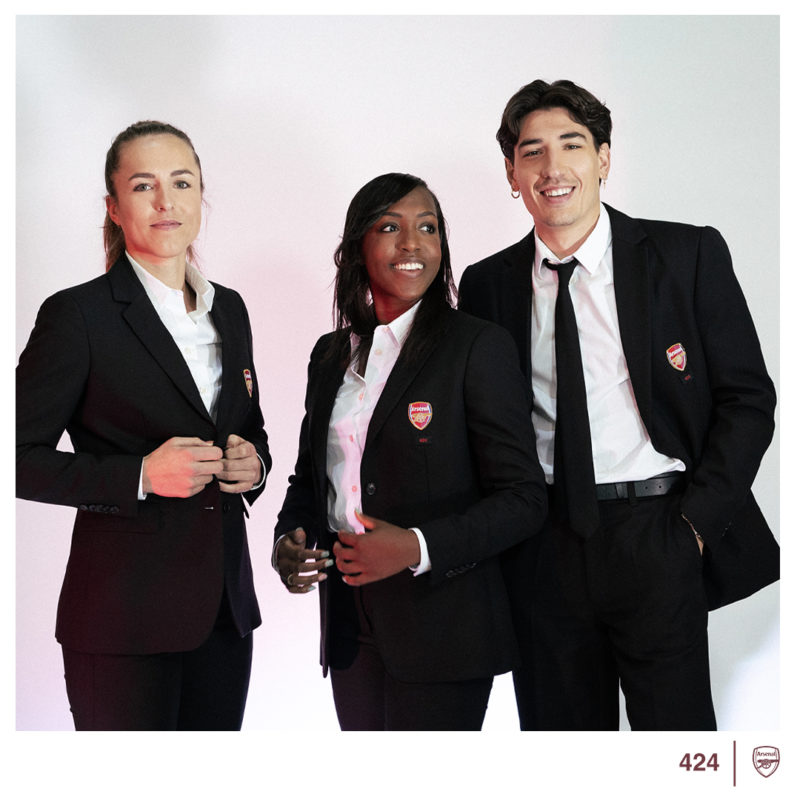 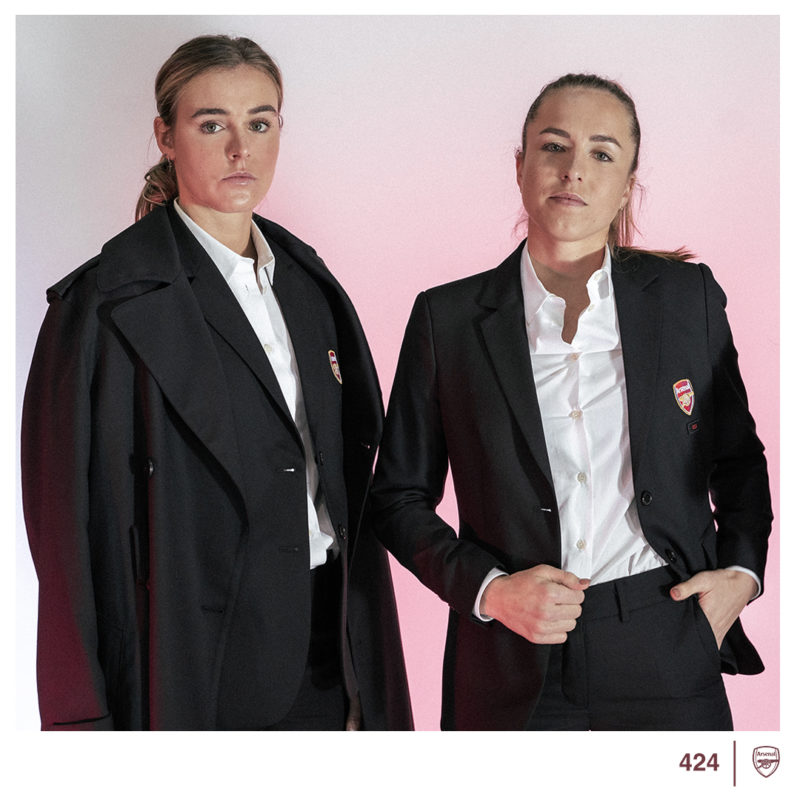 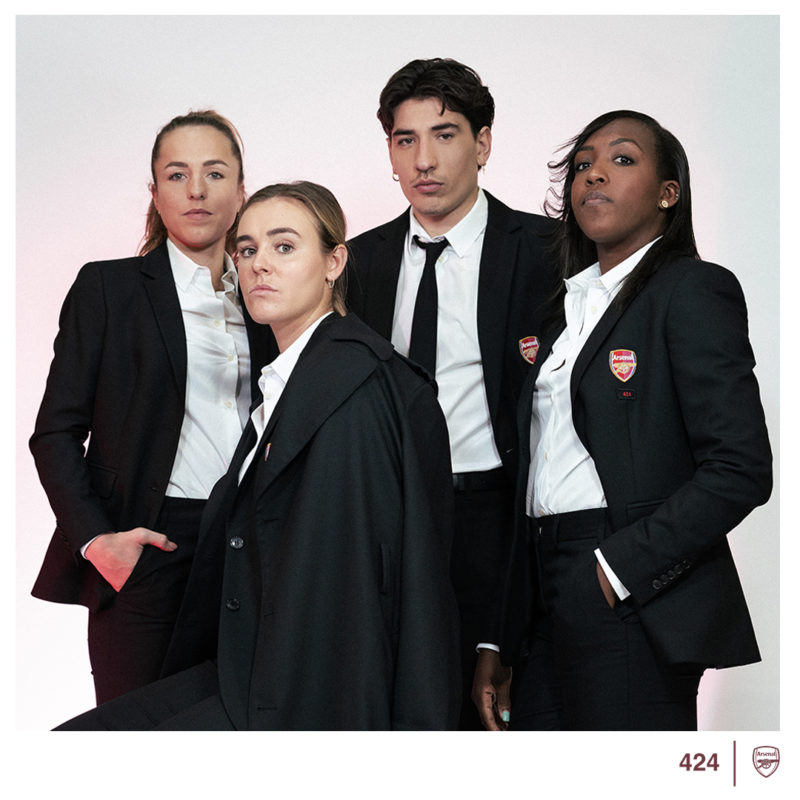 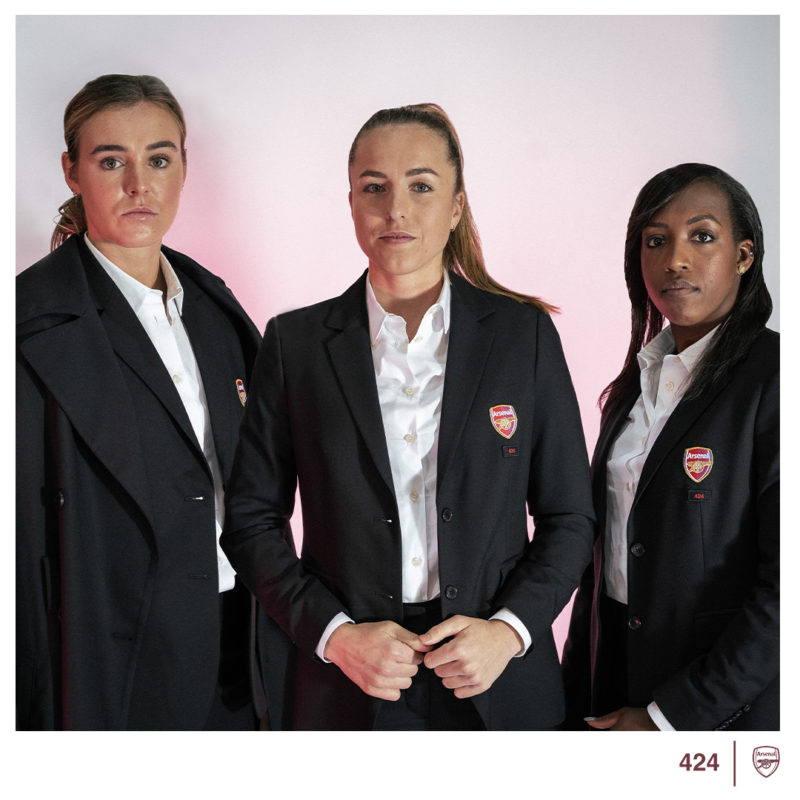 Hector Bellerin, Arsenal player who assisted in directing and styling the Women’s photoshoot, said: “Arsenal has always been a club which pushes the boundaries and here is another example of that with the partnership between 424 and Arsenal Women. It was a pleasure to work on the shoot for the new suits and I’m proud to be part of a club which innovates and collaborates across all Arsenal teams.”

Get an exclusive look at some BTS content from the shoot, photographed by Bellerín himself, below. 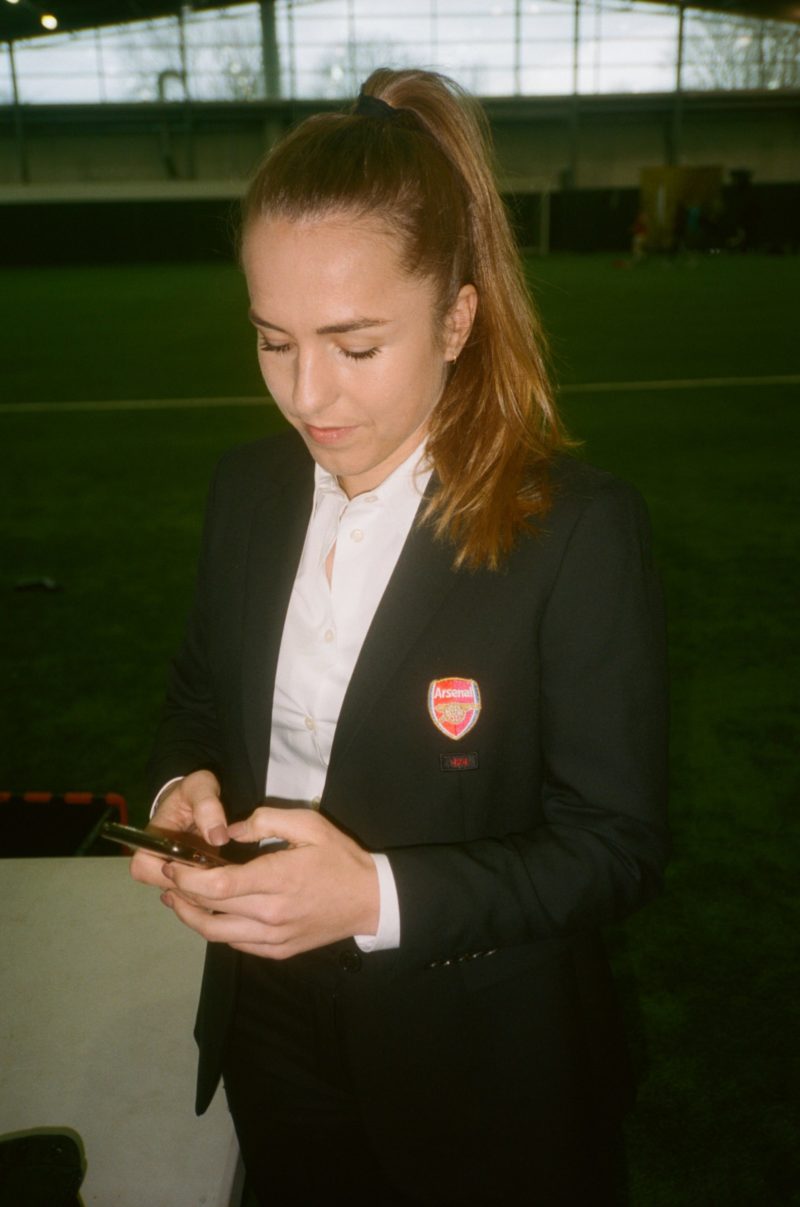 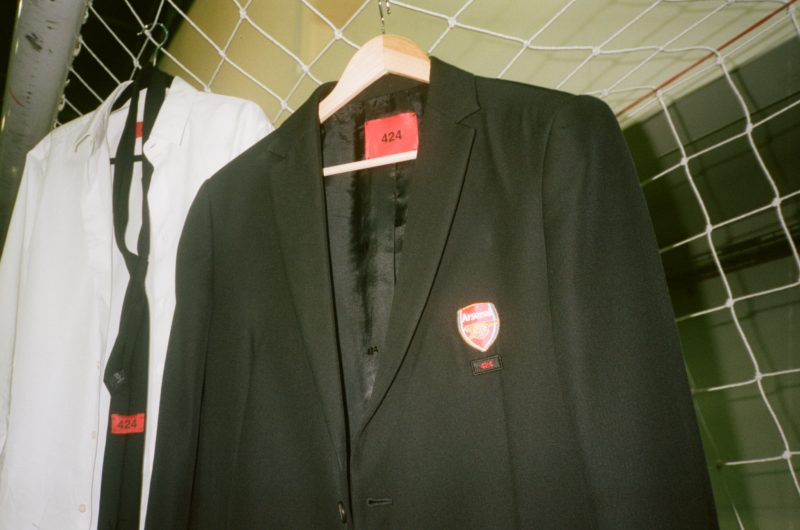 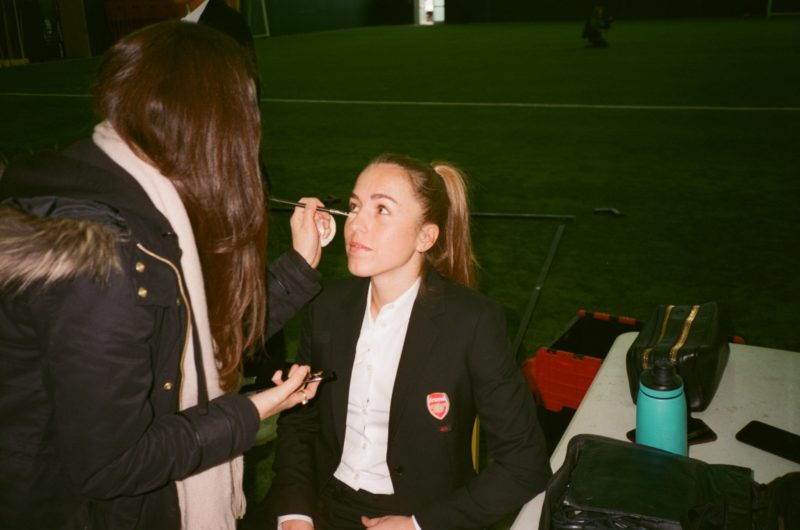 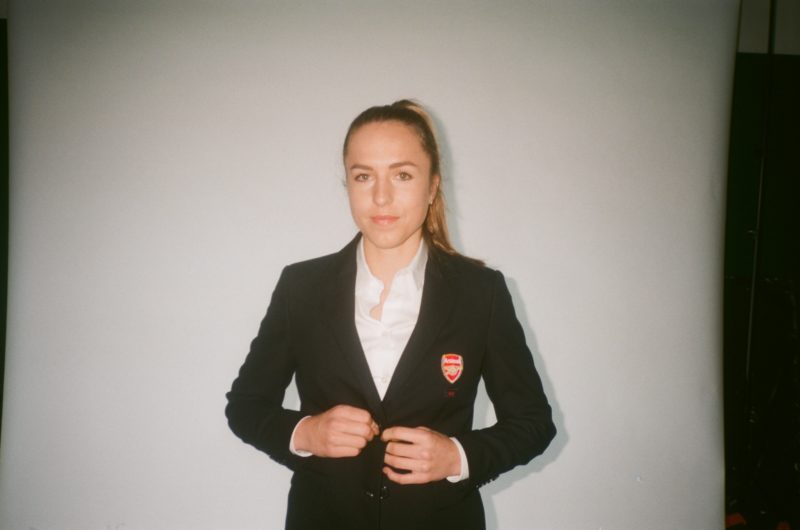 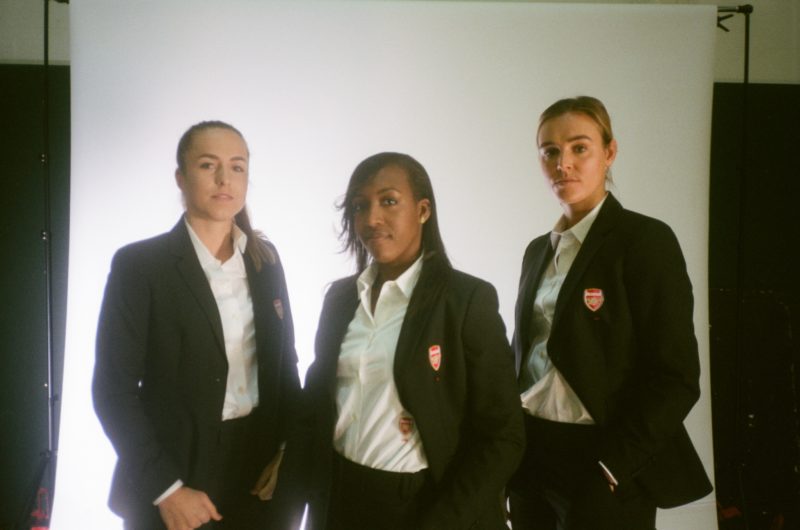