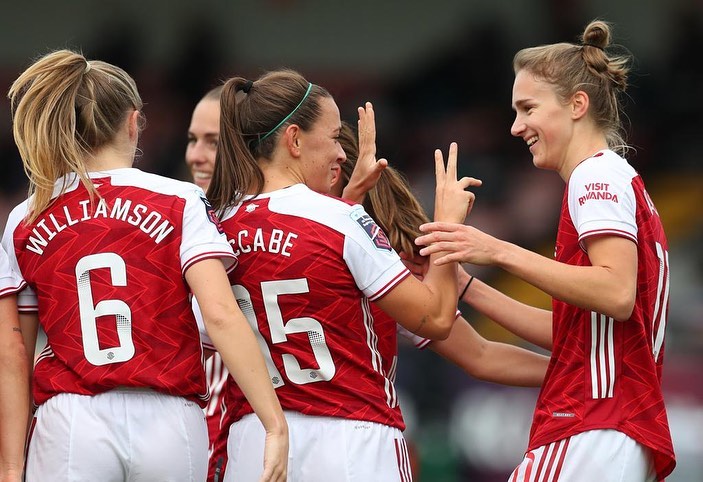 Vivianne Miedema is a certified superstar of the Women’s Super League – and has now become the first player to reach 50 goals in the division.

52 goals in 50 games. 83 mins per goal. 21 assists. The 24-year-old been putting serious numbers on the board week-in, week-out for Arsenal, and has now overtaken former Manchester City winger Nikita Parris in the all-time standings.

She secured the record-breaking number by bagging a hat-trick in Arsenal’s derby day demolition of Spurs, who they thumped 6-1 on Sunday.

With age and form on her side, Miedema is now well on her to clocking up bagging her century for the Gunners’, with The 2020 Football Writers’ Association Women’s Footballer of the Year already the Netherlands’ all-time leading goalscorer with 69 goals in 89 appearances.