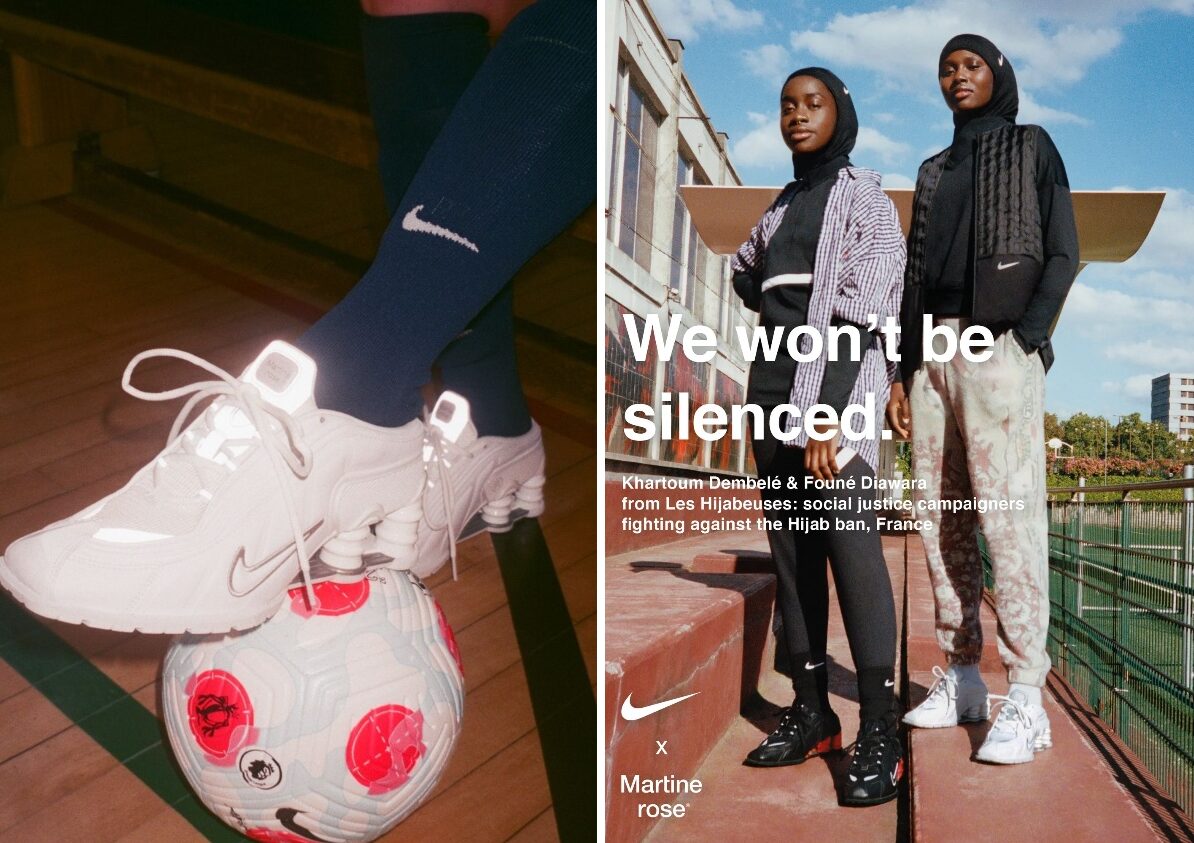 Martine Rose offers up a reimagined take on the classic Shox style, which in keeping with the spirit of the designer, with an elevated “shox” bubble created to resemble a heel, with a square shaped toe box – referencing the signature mules from Rose’s own label – incorporated into a shoe that has become synonymous with British underground and youth subcultures.

Martine Rose, photographer Pascal Gambarte and stylist and art-director Tamara Rothstein traveled all over Europe to shoot nine women whose love and commitment to the beautiful game is felt across the continent. Speaking to Vogue about the women involved, Rose said: “We have a pilot, we have mothers, we have a human rights lawyer… These are the stories we need to tell, that women overcome unbelievable odds to play for free.”

The nine women spotlighted include Hope Powell, England’s first Black manager, who played 66 times for her country after the ban was lifted in 1971; Maria Romanchenko, a Ukrainian player who fled to the Netherlands after the war broke out and is training to go pro while studying design and working as a bartender; Ruth Ruano, whose picture of her breastfeeding her daughter in a dugout in 2019 went viral (with corresponding vitriol); and Khartoum Dembelé and Founé Diawara, the duo behind Les Hijabeuses, a group of young female Muslim soccer players who grouped together because of the French Football Federation ban on hijabs.

The campaign continues from Rose’s exploration of football with Nike last year; which featured a special football jersey inspired by the “Lost Lionesses,” a team of English female players that flew to Mexico in 1971 to compete in the Women’s World Cup after facing almost two decades of being banned from playing the sport in their home country.

Speaking to Vogue about the new collaborative silhouette, Rose said: “We were working on a few ideas and the one that stuck the most was, ‘How can we make a trainer a smart shoe?’” The high heel shox in particular proved to be a challenge. We really wanted to make the ‘shox’ like a high heel… (and) Nike supported us and encouraged the factory to go there and finally we landed on this style that works really well. It’s really a beautiful shape.”

The model will be available in White and Red/Black colourways (plus a third special-edition silver model for Rose’s friends and family) and go on sale on July 7th on the Martine Rose website, ahead of the upcoming Women’s Euros, before a wider special capsule is unveiled over the next year.

Take in each of portraits featuring the nine women fronting the campaign below. 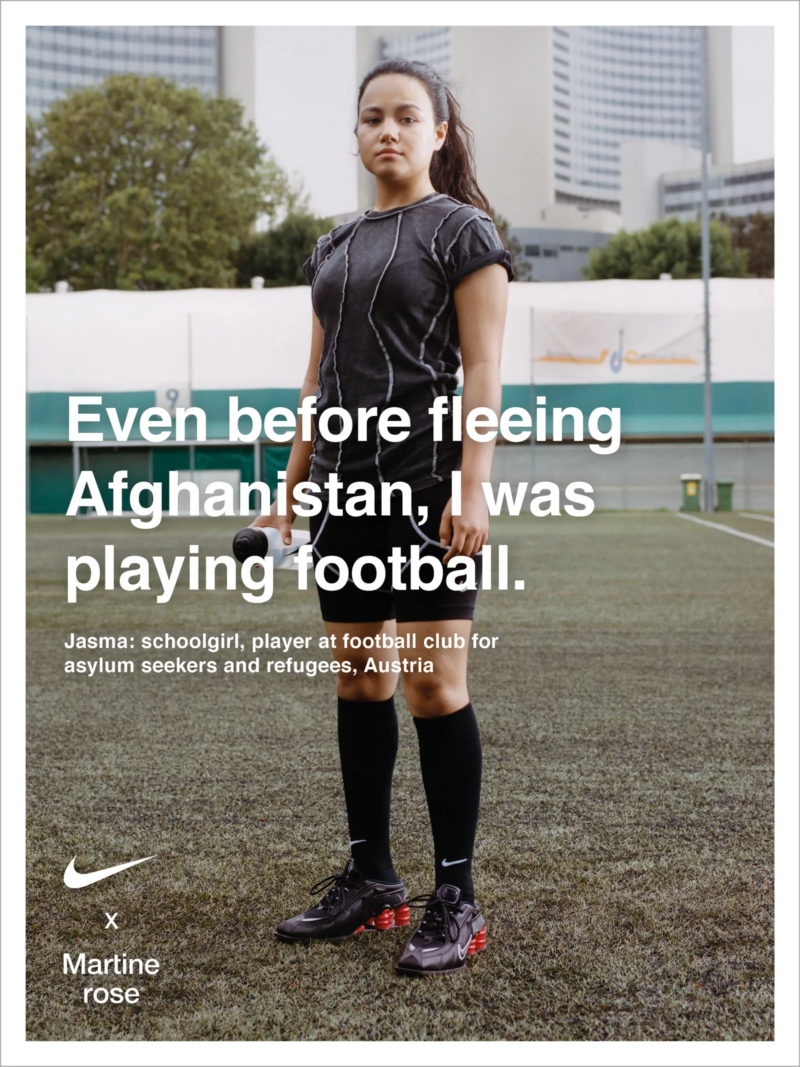 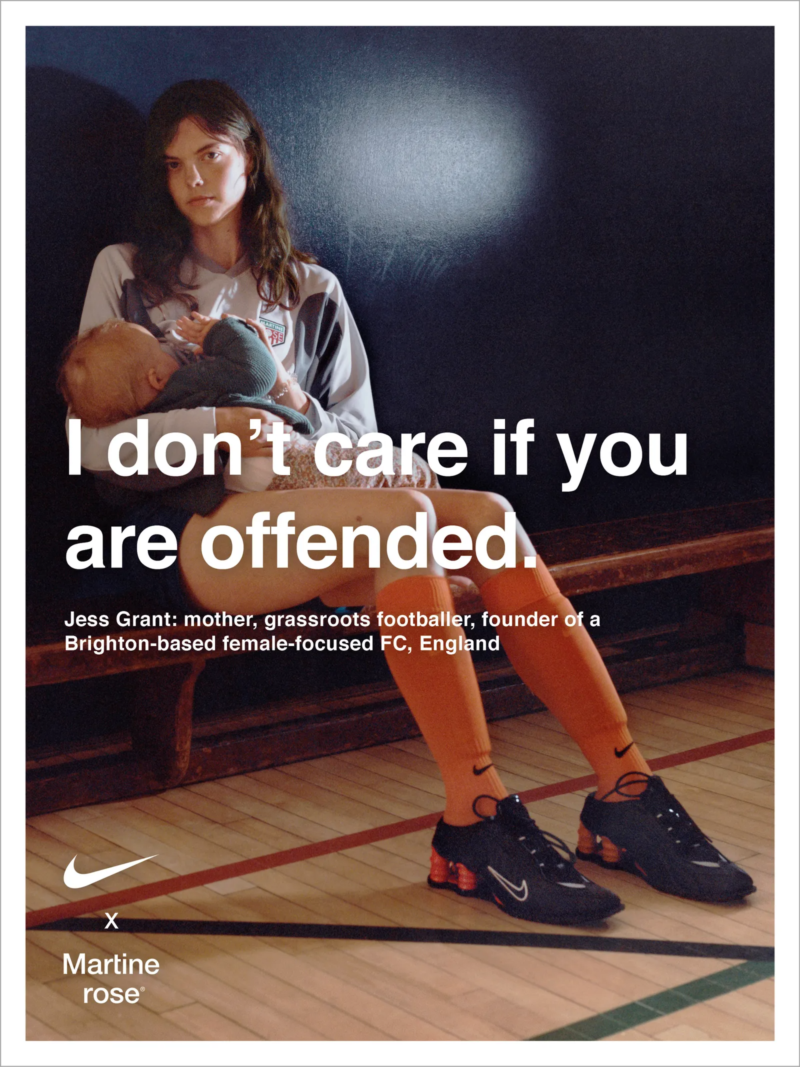 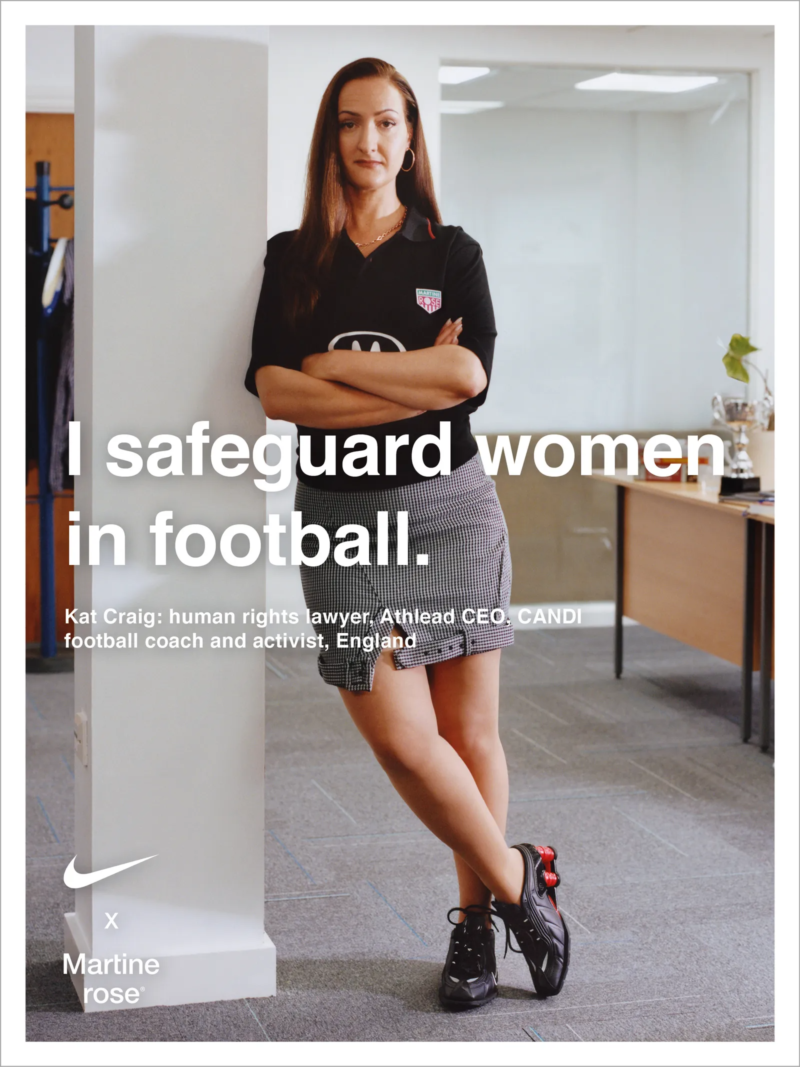 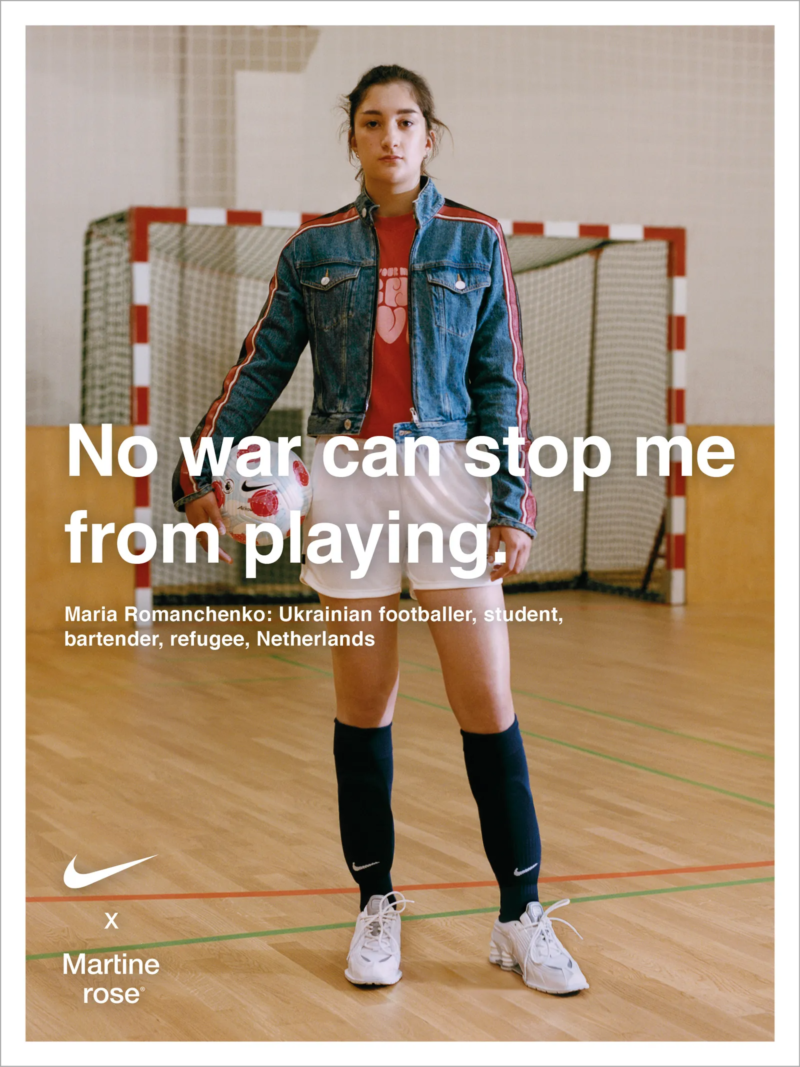 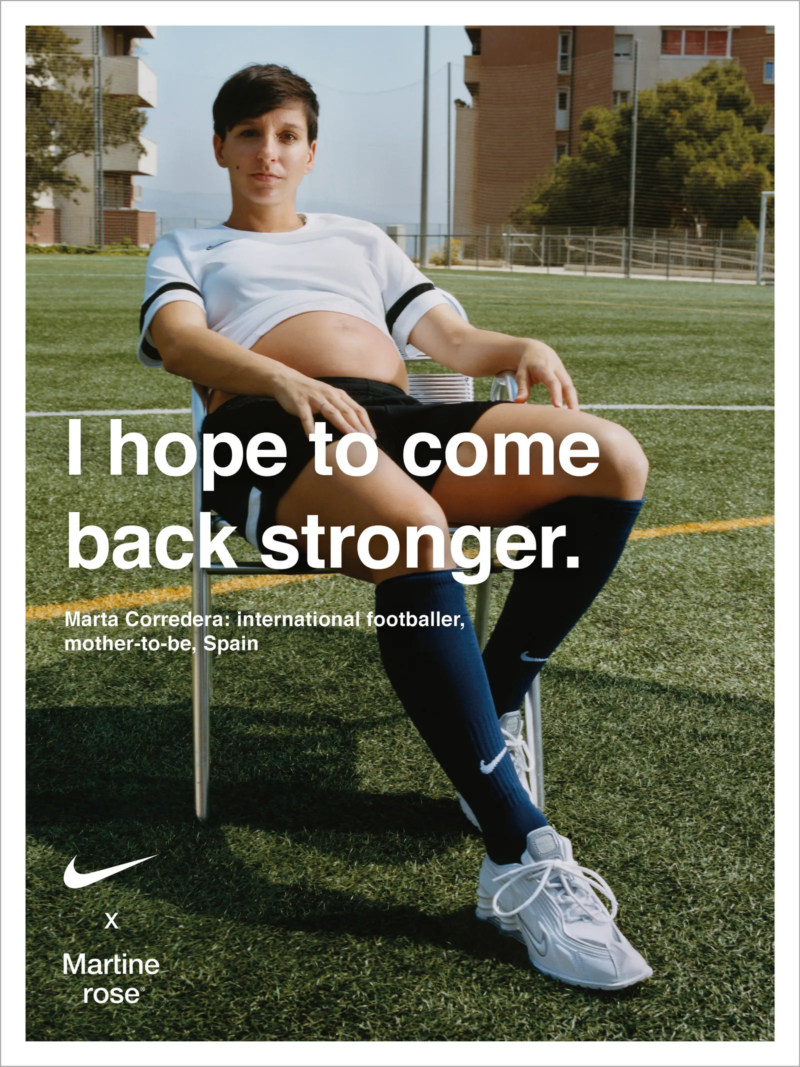 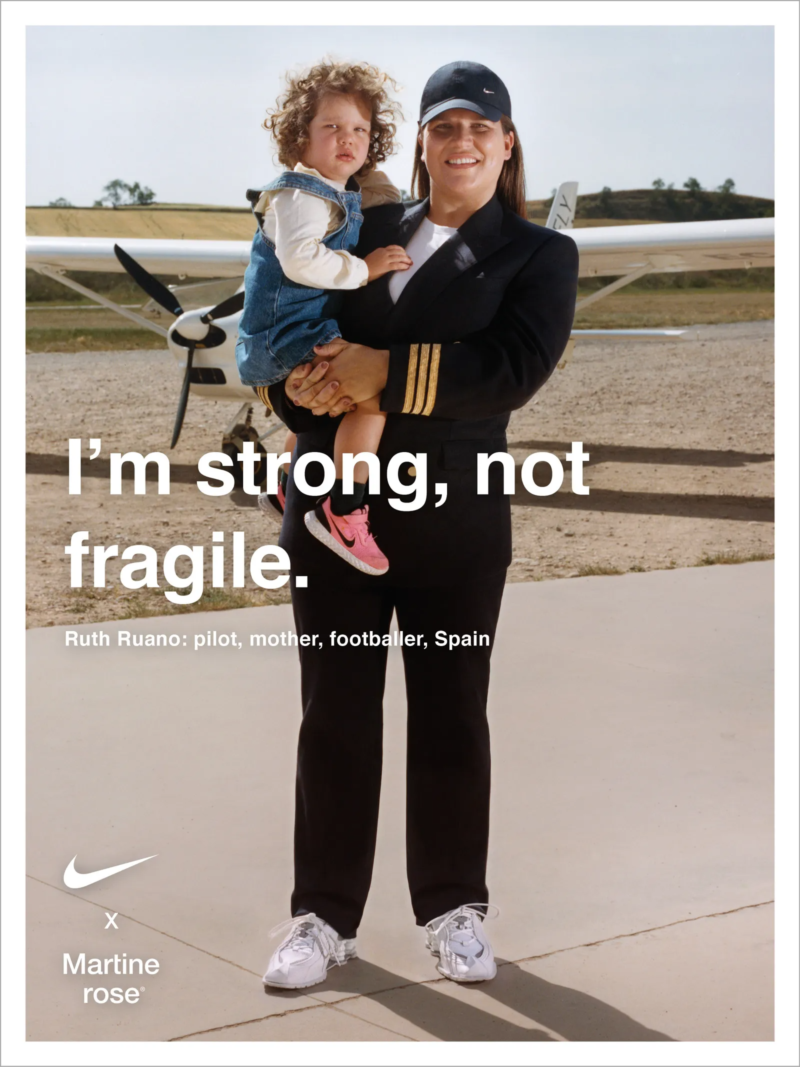 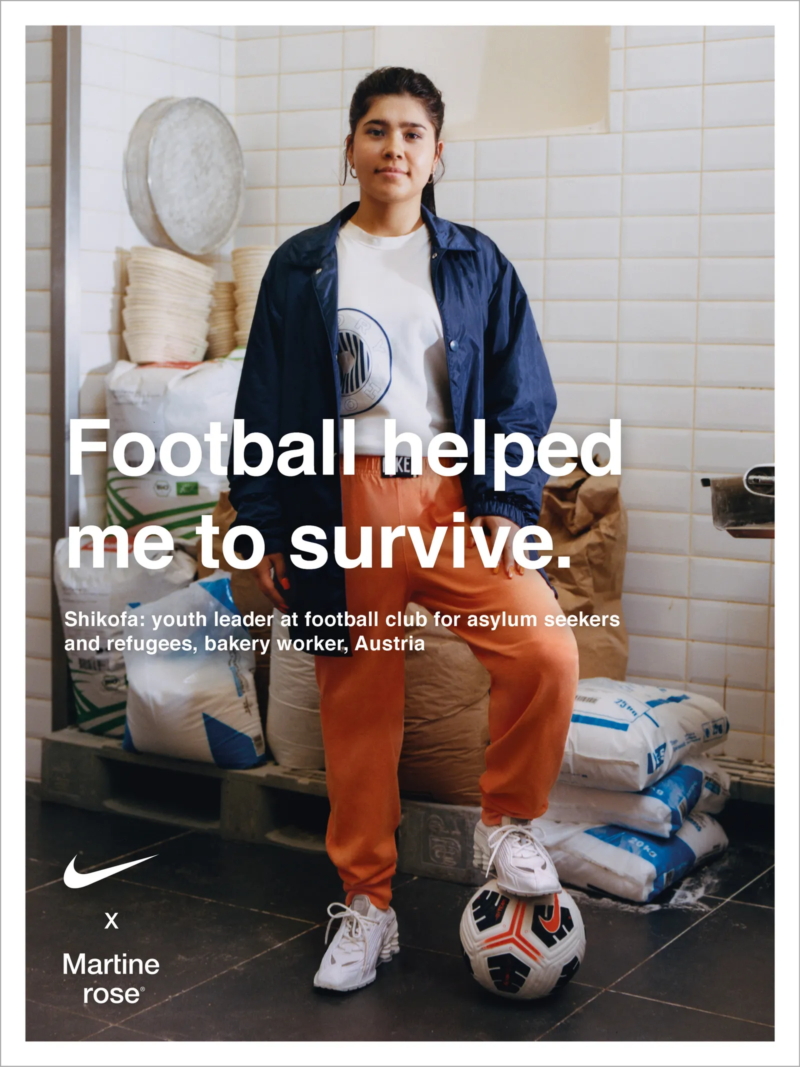 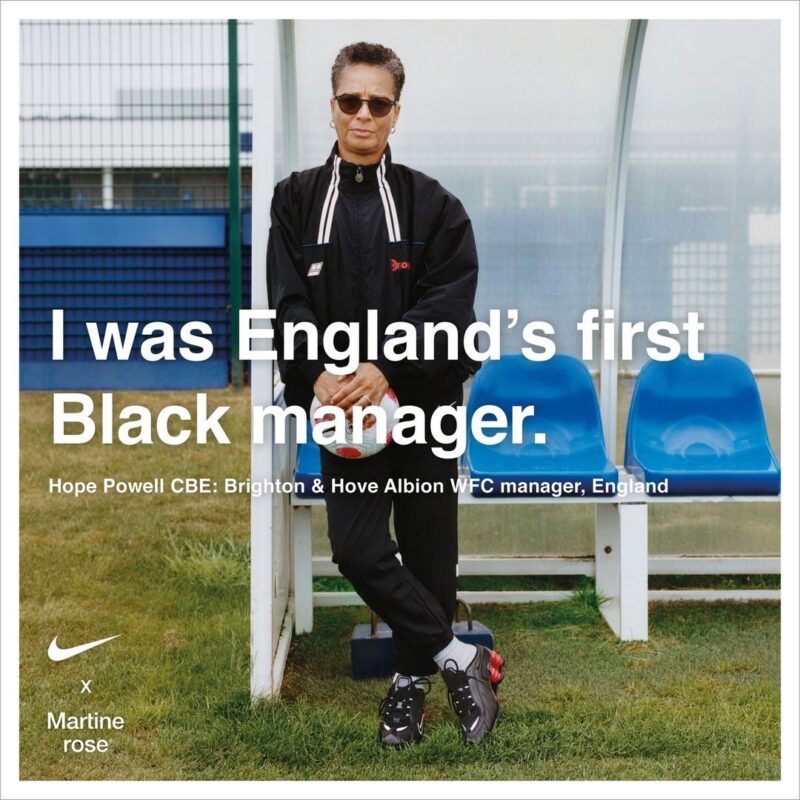