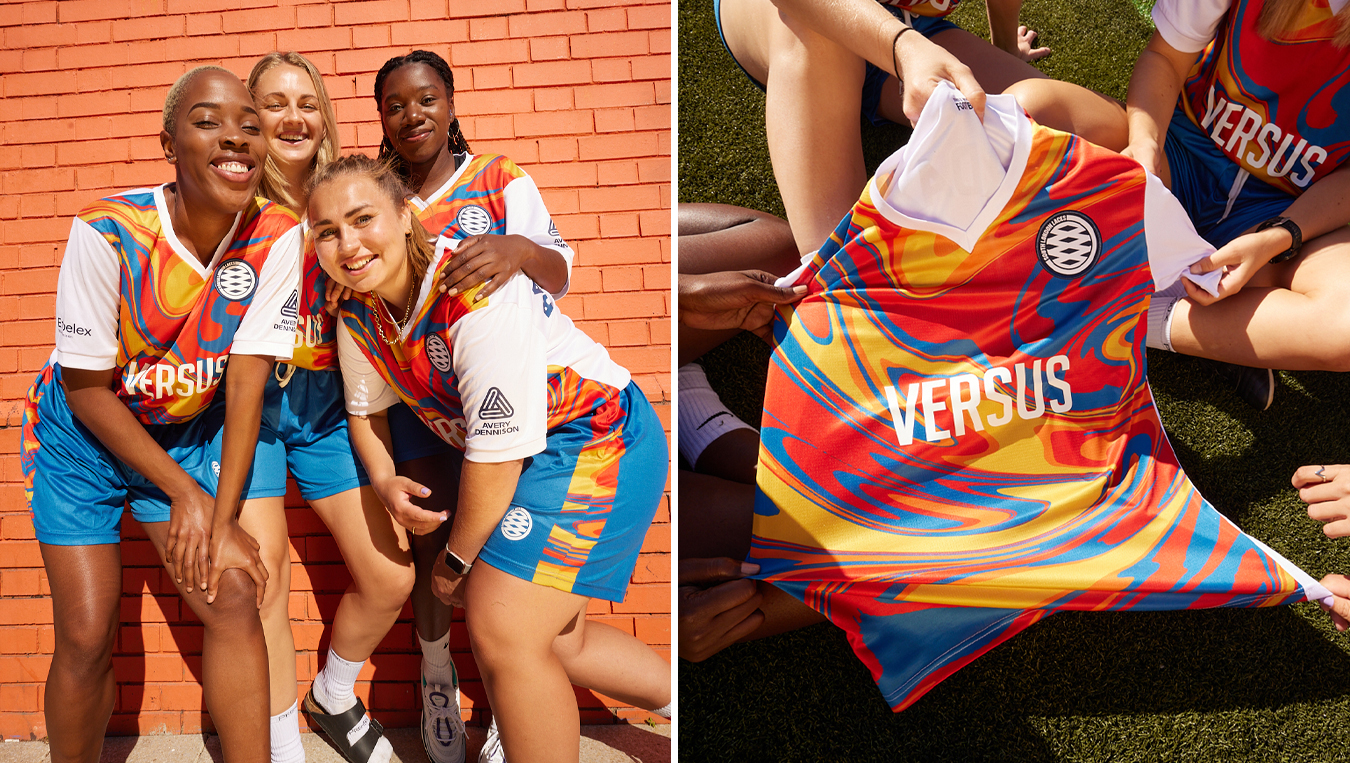 Images via VERSUS Originals

South London Laces have dropped possibly the waviest kits of the season courtesy of a new link-up with VERSUS and Avery Dennison.

Back in 2016, South London Laces formed to create a safe space for women and non-binary players to come together and initially enjoy a casual game of futsal. Fast forward six years and the team’s small pilot programme has blossomed into a fully-fledged club, operating three training sessions per week across South London boroughs.

Regularly welcoming 80+ players to their weekly sessions – with dozens more waiting in the rafters to join their ranks – South London Laces epitomises the nation’s growing appetite and love for the women’s game. And the launch of their first-ever bespoke kits marks a milestone moment for the club, one that puts the grassroots game at the heart of London’s football culture.

“It sort of gives you that sense of identity,” explained South London Laces co-founder Emily Hill when asked about the importance of her team’s latest kit design and link-up with VERSUS and global leaders in physical and digital labeling solutions, Avery Dennison.

“This will give us that little bit of ‘edge’ on the pitch, but more importantly, these kits represent who we are. They were designed by the team, for the team and represent what’s important to us. It shows the world what it means to be a part of the Laces family.”

Perhaps the design that encapsulates this the most is the team’s away kit, a design that was based on the idea of a ‘melting pot’ – a mixture of colours showcasing how vibrant and diverse both the team and South London is.

“We’ve got people from so many different backgrounds, we wanted to make sure they were represented in our kits,” explained Emily’s teammate and South London Laces co-founder Beth Towle. “No matter your age, ethnic background, social or economic status, South London Laces houses a beautiful melting pot of diversity.”

Using the power of diversity inspired South London Laces to create a swirled melting pot pattern consisting of colours synonymous with the Caribbean.

The typeface and colours are both an ode to the Windrush generation, who transformed British art, food, music and culture. The warm colours were inspired by Althea McNish, a British textile designer of Trinidadian origin, while the font of HMT Empire Windrush is used as the kit’s typeface.

The team’s home shirt comes in a mixture of royal and navy blue, using the Laces’ badge as the shirt’s pattern. The white VERSUS logo is emblazoned across the front of both shirts as sponsor, while Avery Dennison sits proudly on the shirts’ sleeves.

Take a closer look at the shirts below, and pre-order both shirts here. 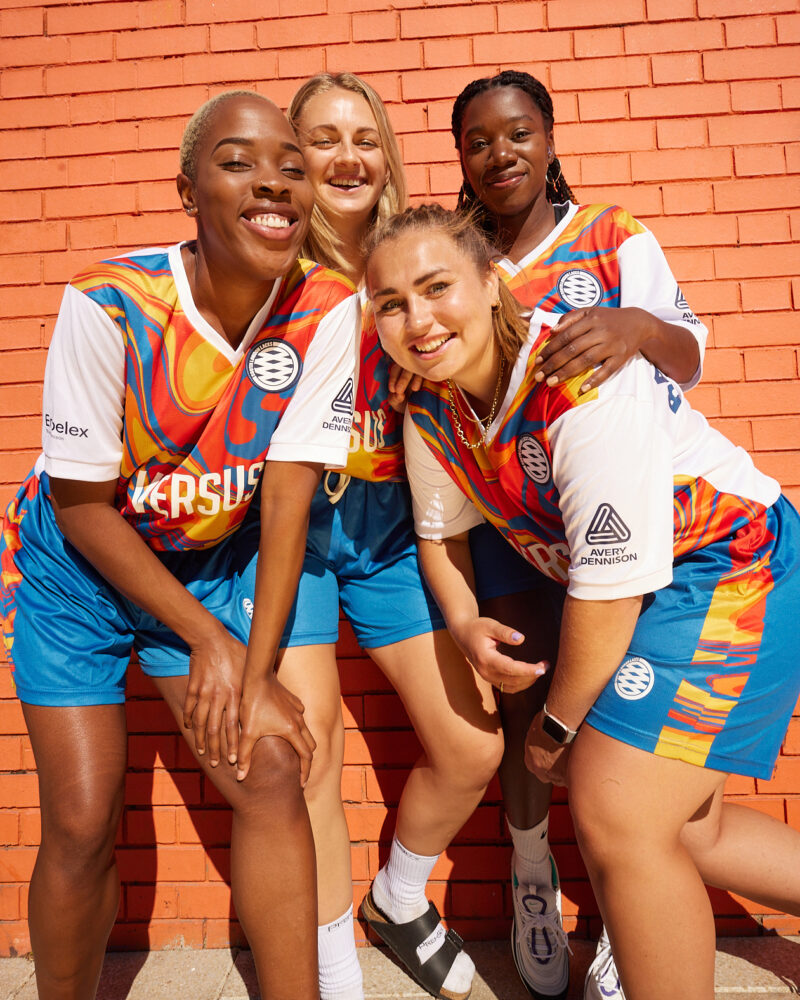 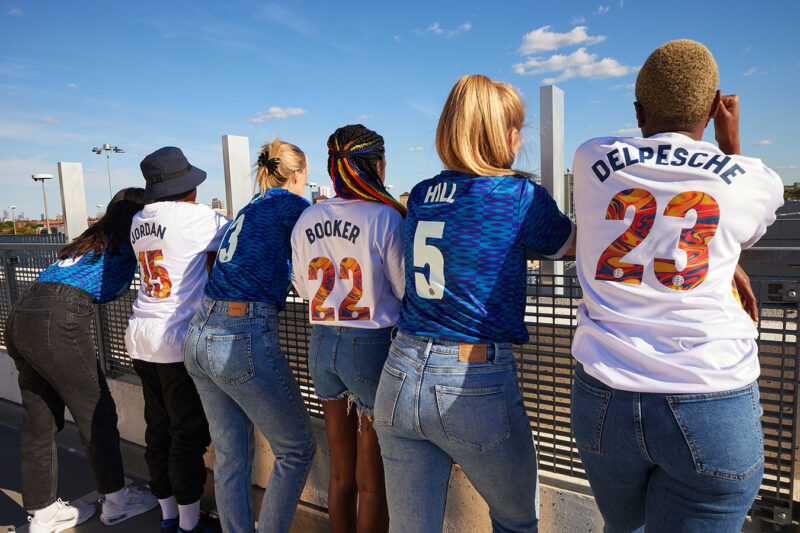 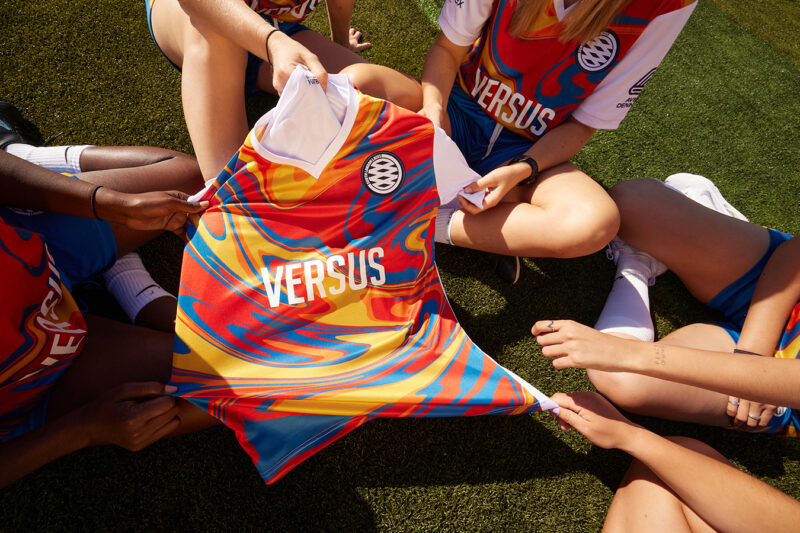 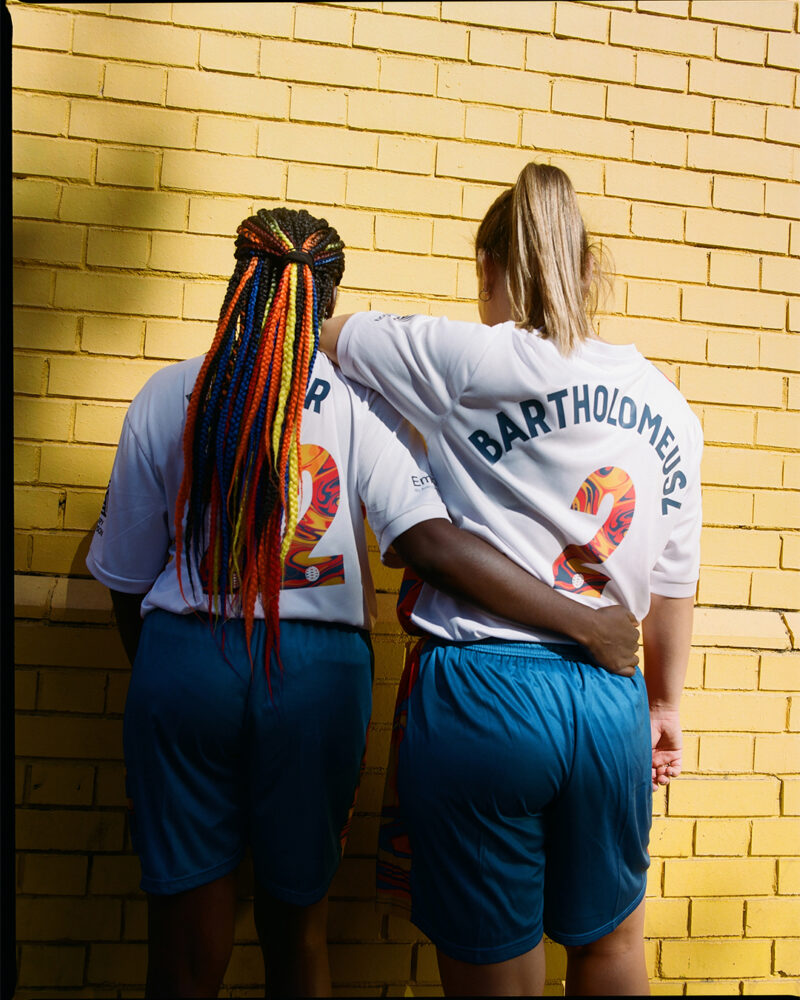 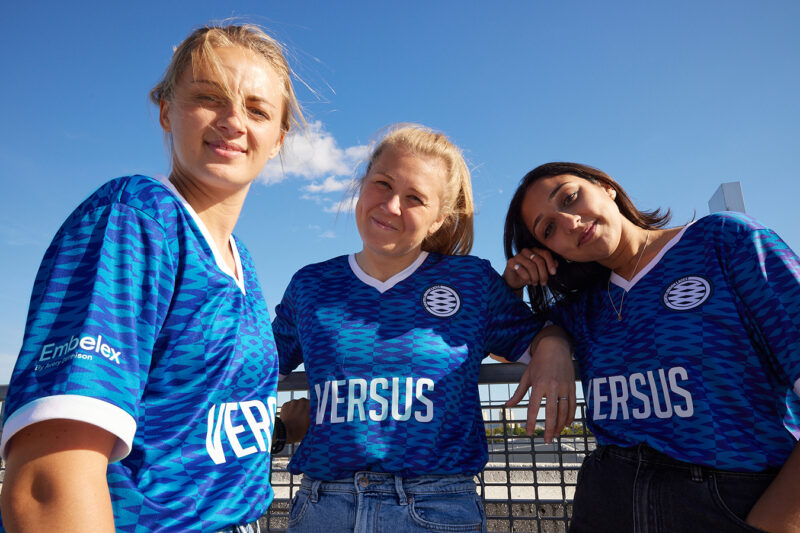 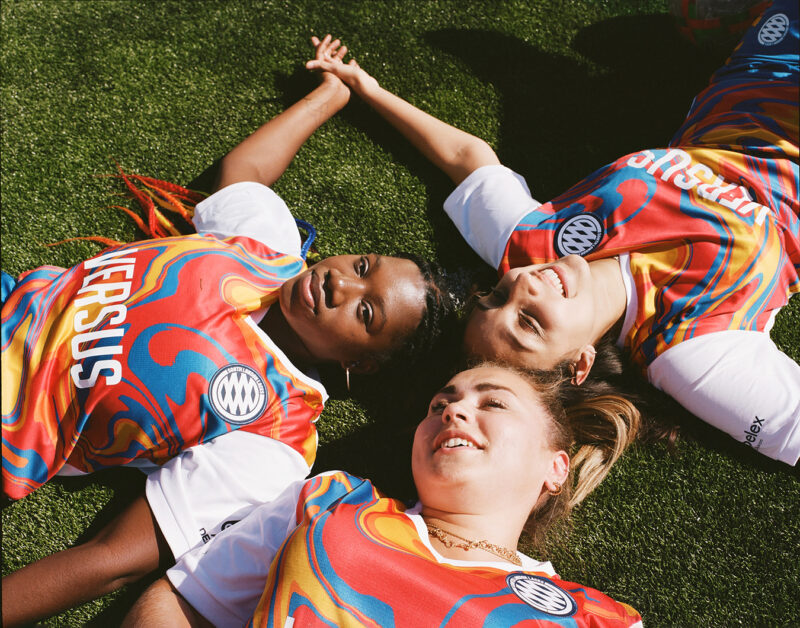 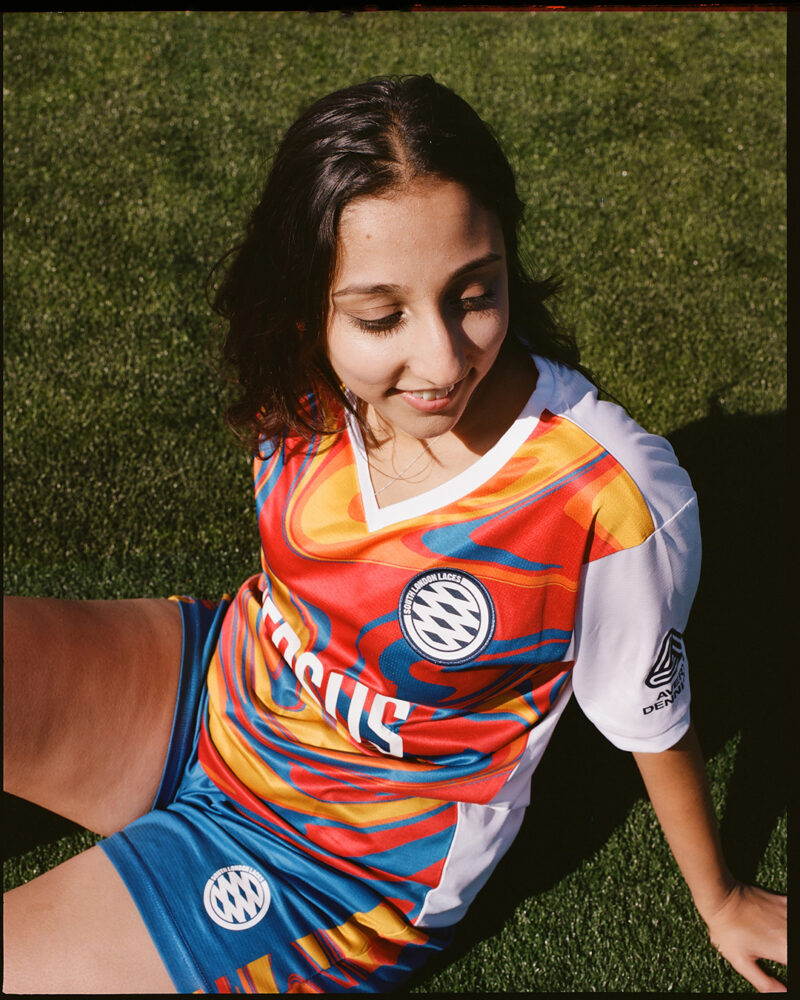 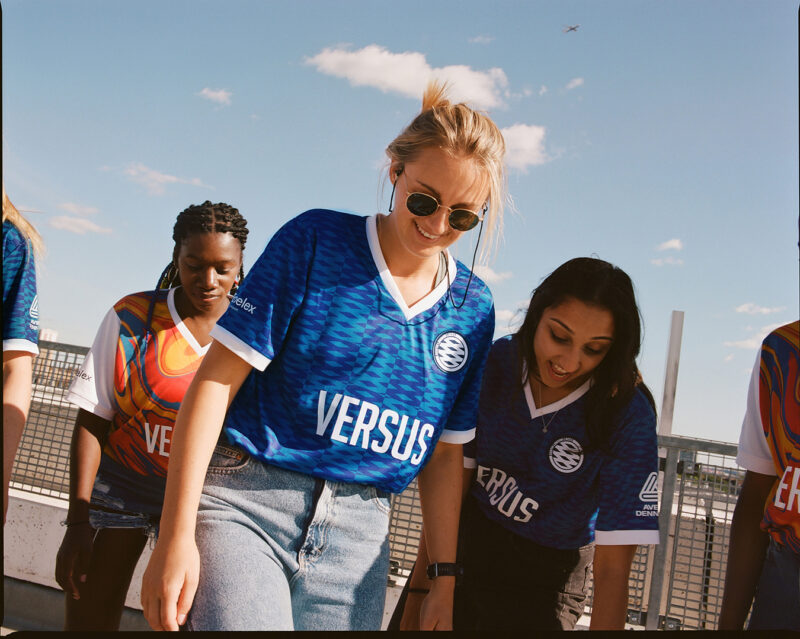